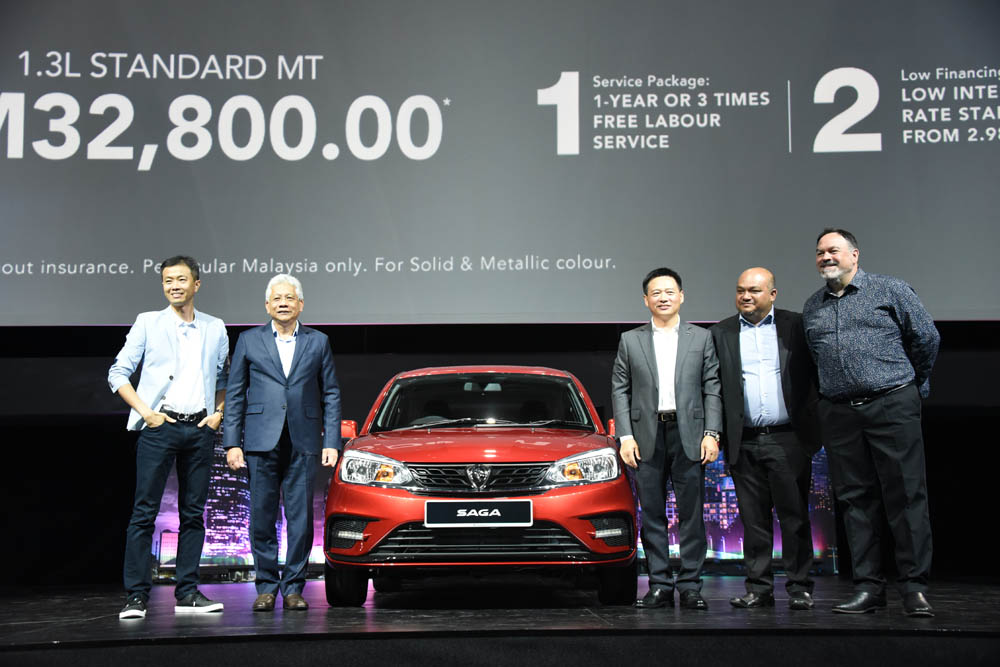 Proton has officially pulled the covers off the 2019 Saga. The facelift is based on the latest third generation car that was introduced in 2016 and follows the brand’s line of product refreshes like the Iriz, Persona and Exora. What’s new? 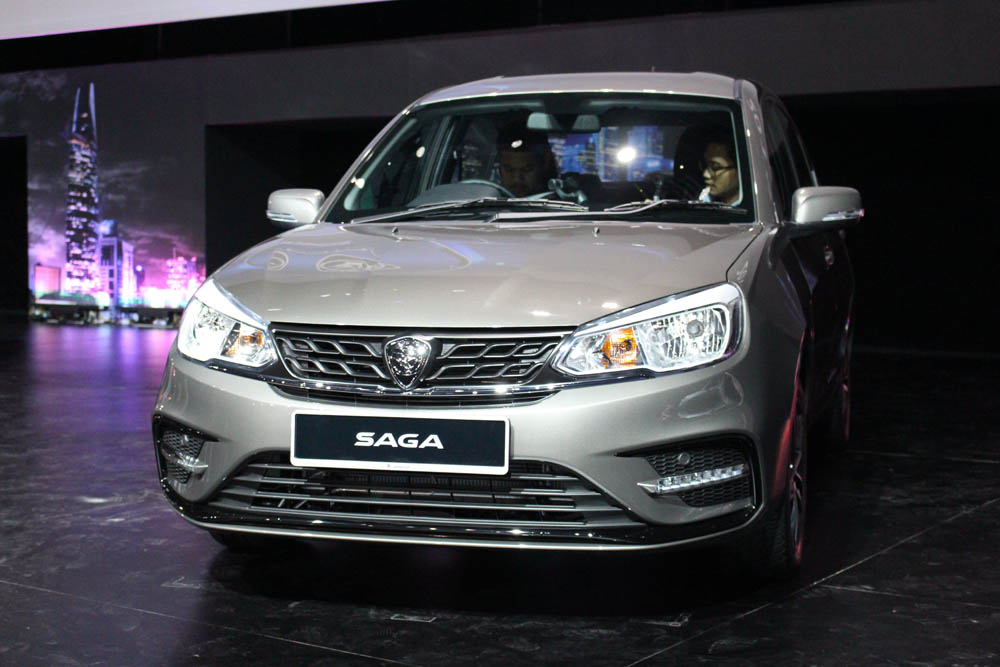 The price here is easily the most attractive. Proton has priced the 2019 Saga at RM 32,800 for the Standard Manual, RM 35,800 for the Standard Auto and RM 39,800 for the Premium Auto. These numbers officially make the Saga as the cheapest entry sedan on the market, undercutting the current cheapest sedan by RM 1,690 and pricing the top spec under RM 40,000. 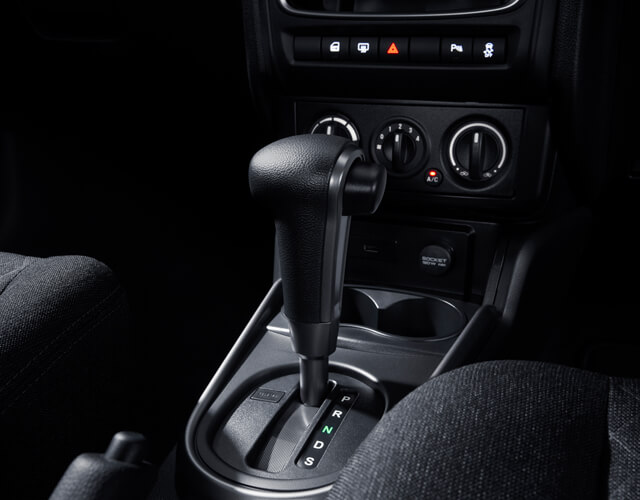 While the engine remains the same 1.3-litre four-cylinder unit with 94 hp and 120 Nm of torque at 4,000 rpm, the previous CVT has now been replaced with a four-speed automatic gearbox from Hyundai. Joining the automatic in the line up is a five-speed manual in the base variant. 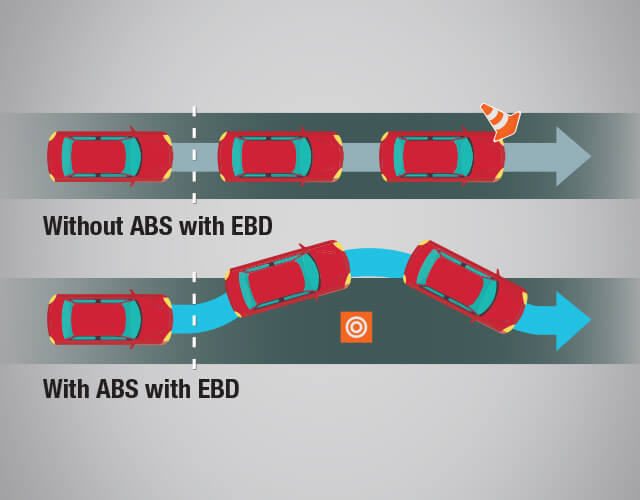 Proton has now included ABS with Electronic Brake Distribution as standard across the range. Brake Assist and Dual front Airbags are also available across the variants. The Premium Saga adds on Electronic Stability Control, Traction Control and Hill Hold Assist. Rear seat Isofix with Top Tether Anchors Stopping power should be better now as the company has put in bigger front disc and rear drum brakes from the Iriz and Persona. Asean NCAP awards the Saga with four stars. 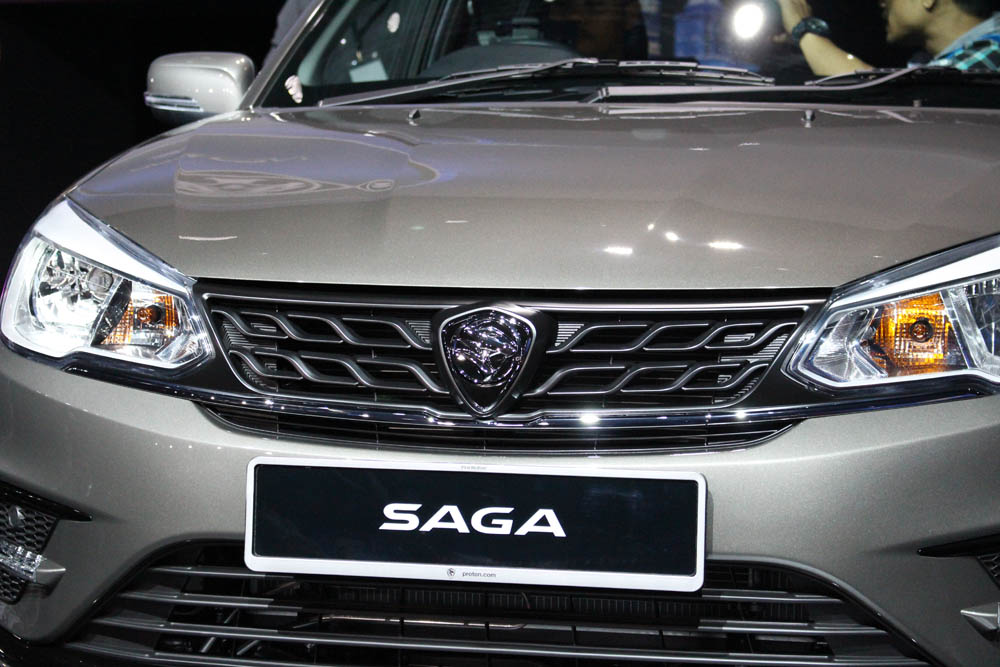 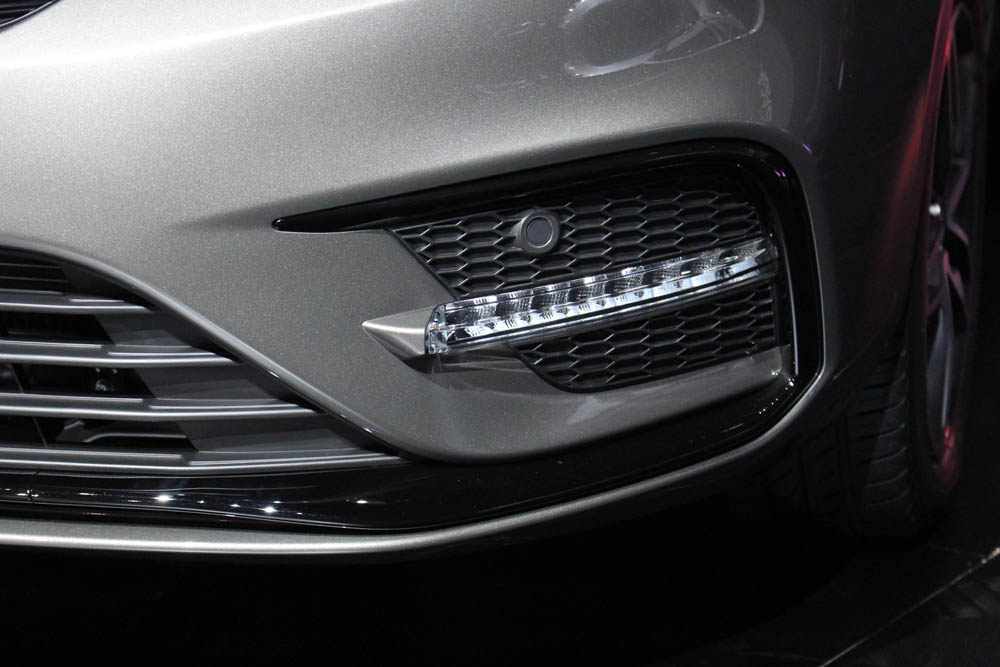 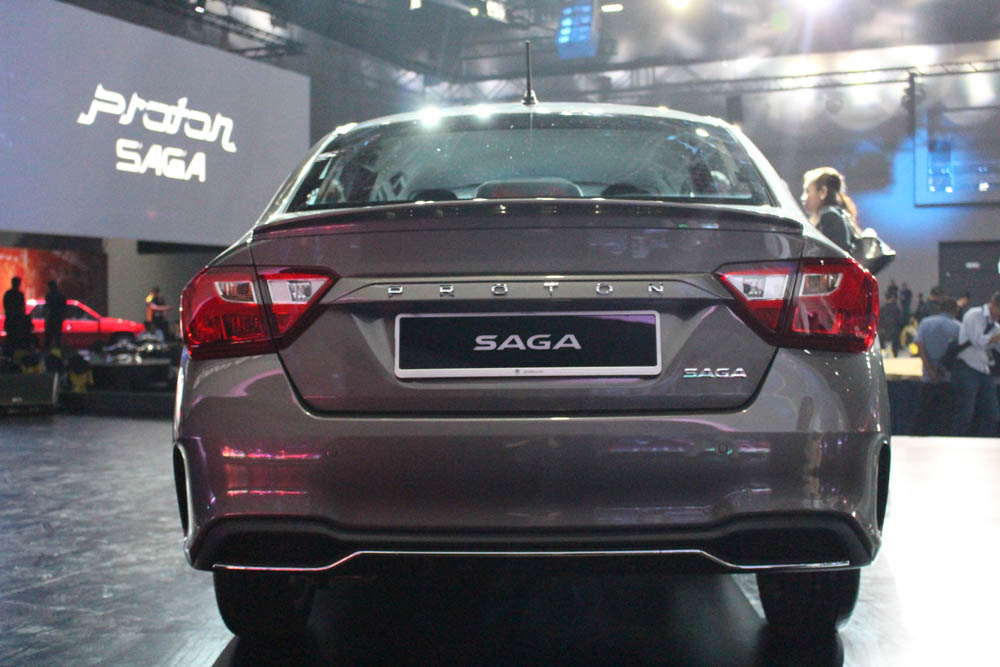 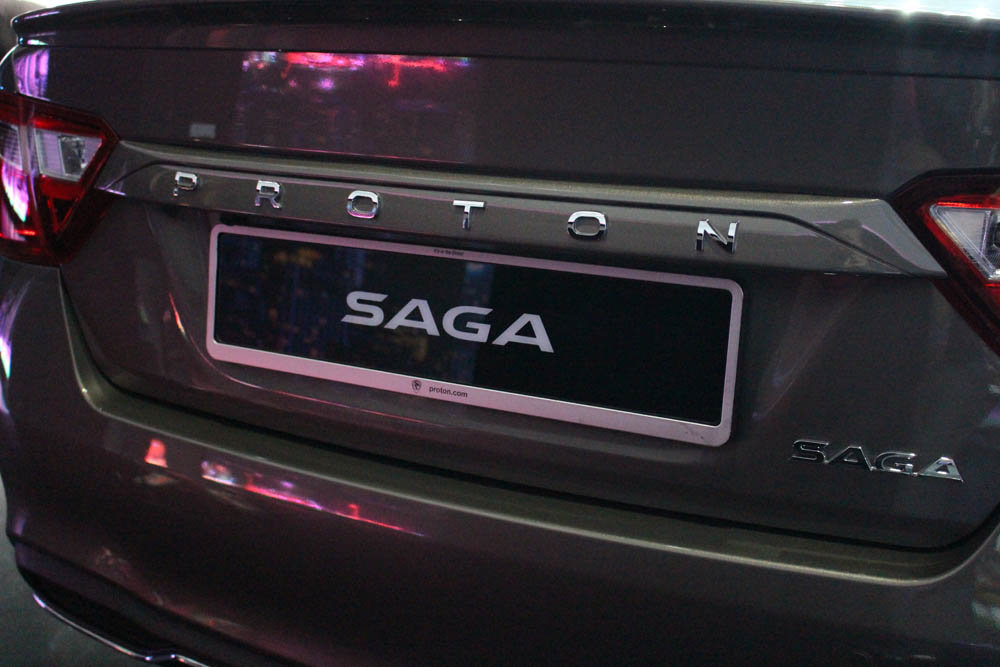 Noticeable visual changes as seen in the Premium Saga include the front bumper design, which now houses horizontal LED DRLs and, on the centre, Proton’s “Infinite Weave” grille. The rims are 15-inch alloys with a new twin five-spoke design. As for the rear, the centre chrome bar is now body coloured and has been replaced with the Proton letters. The bumper design now has stylised vents and diffuser on the sides and bottom, and on top of the trunk lid is a lip spoiler. Due to the styling updates, the rear now looks more proportionate and wider than before. 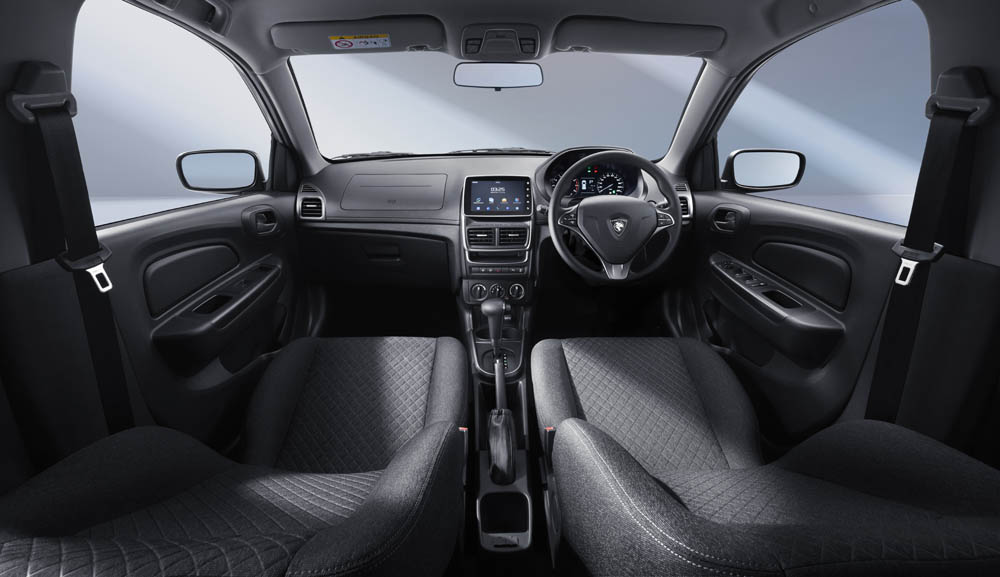 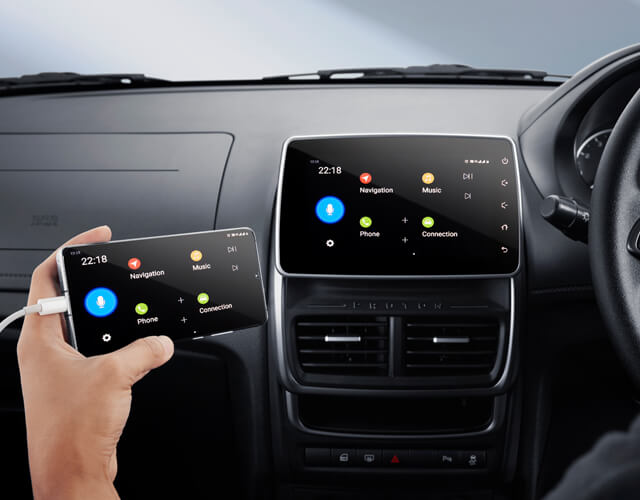 The dashboard design and overall look is the same as the pre-facelift. The differences can be seen in the new gear shifter, centre console and the instrument cluster. The centre console now houses the 7-inch floating touchscreen unit which is Android based and has MirrorLink functions. Because the new display is placed right at the top, the air conditioning vents have been moved lower, and now includes a small storage area. 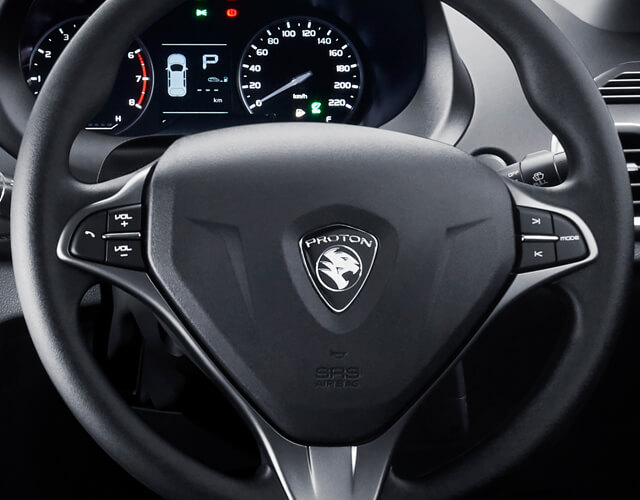 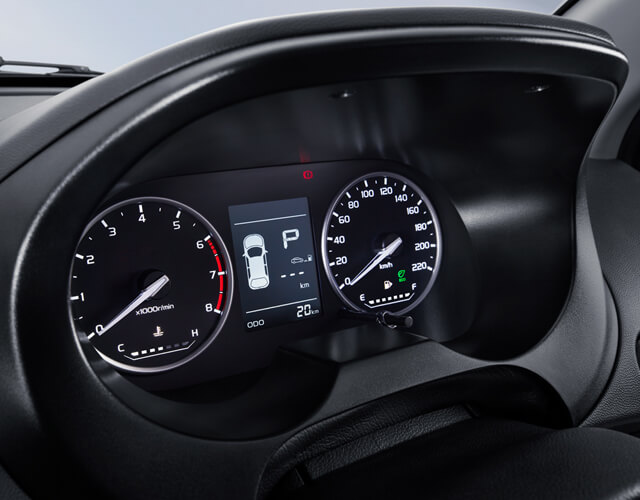 As for the instrument cluster, the panel has new fonts and a multi-information display at the centre. Additional details include new sun visors, overhead LED map lamps and fabric seats across the variants. 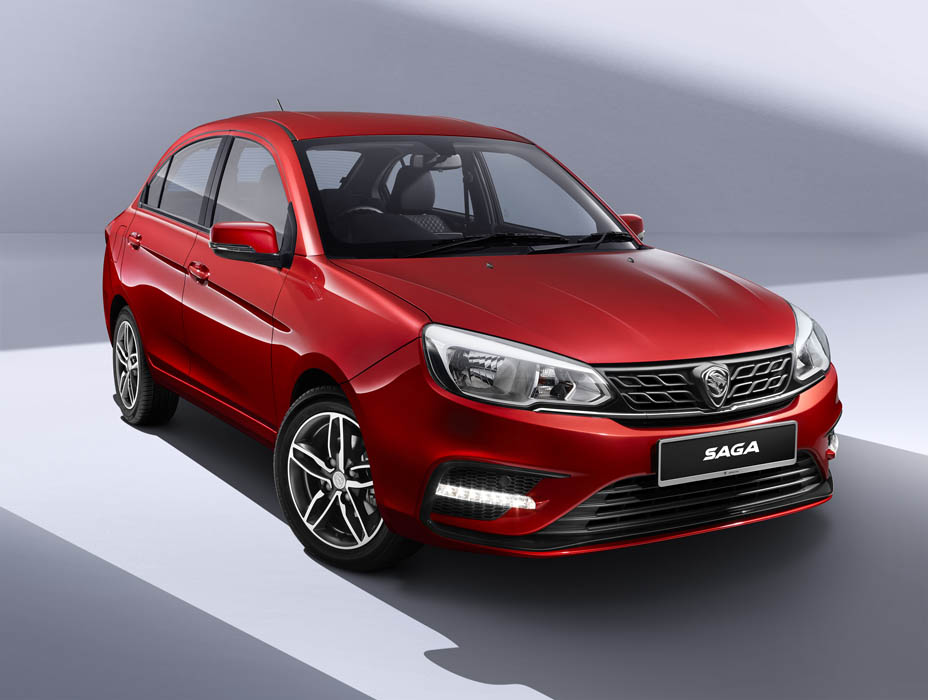 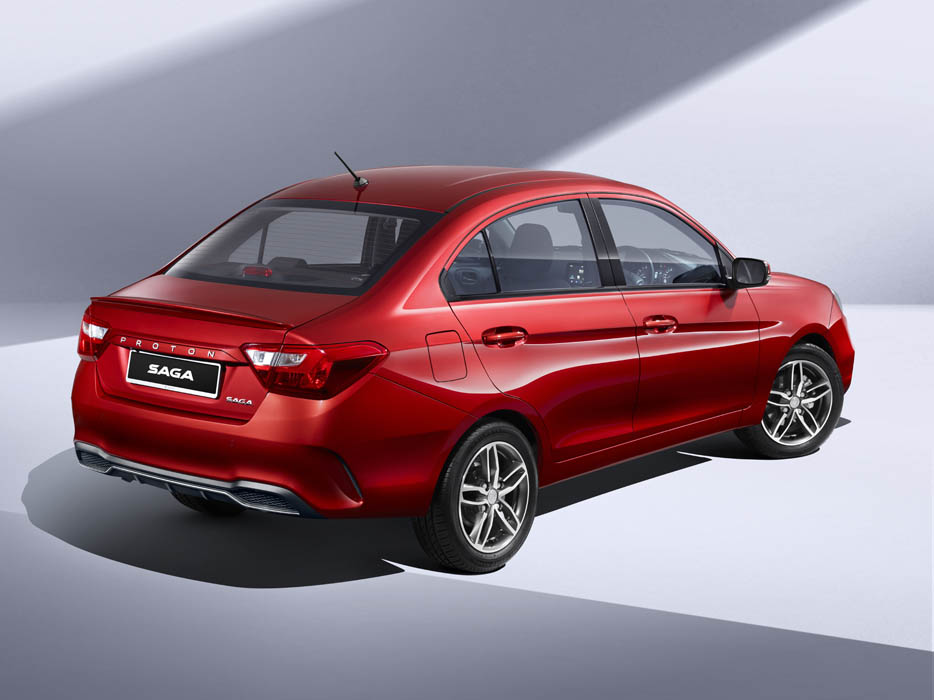 The Premium comes with 2 front and 2 rear parking sensors on top of a Reverse Camera linked to the touchscreen unit. 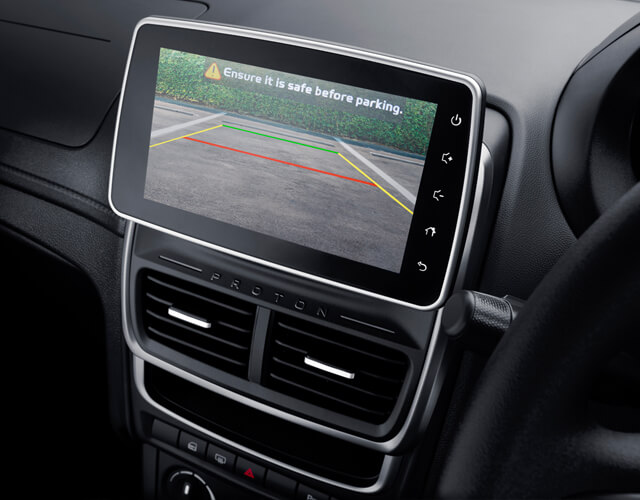 While the Audio units equipped in the Standard variants come without a touchscreen, they do feature Bluetooth connectivity and 2 speakers unlike the 4 speakers in the Premium. During the launch, we did manage to sample the sound quality in the Premium variant and are happy to report that Proton has included some impressive sounding speaker units despite lacking a subwoofer and tweeters in the set up. 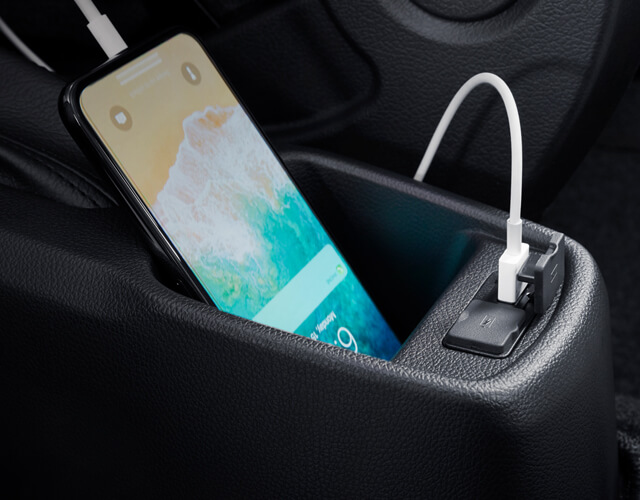 There’s still a 12V power socket and one data USB port as standard on all variants, with 2 more USB ports (in the Automatic variants) for the rear passengers. 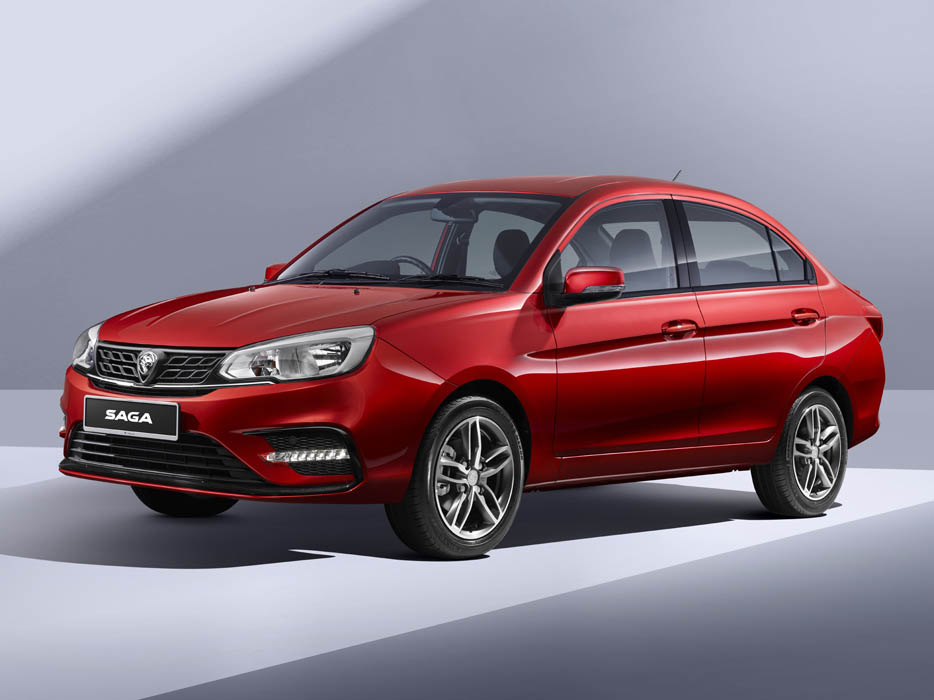 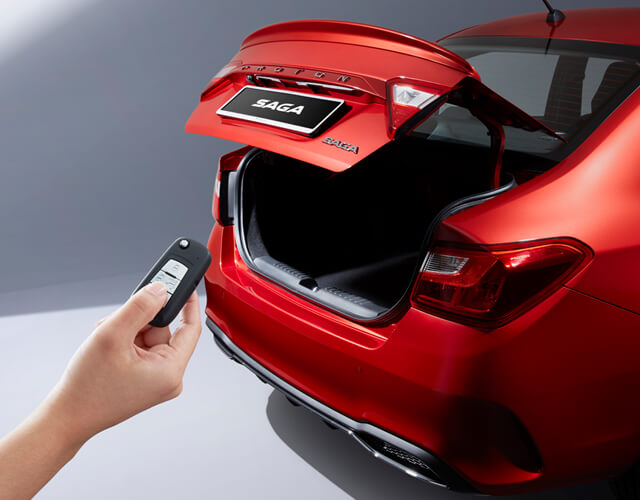 Similar to the X70, Iriz, Persona and Exora, the new Saga comes with a service package that offers free labour services three times or for one year, a interest rate package with financing rates as low as 2.98% per annum and an insurance package with an agreed value coverage, key care cover, flood relief allowance and more.

Go down memory lane with a brief history of the Proton Saga!

Don’t want to buy a car but want the flexibility to drive around without a loan? Renault Subscription has something for you!

Sell your car through Carsome and find out how easy it is to sell your car! No hassle!