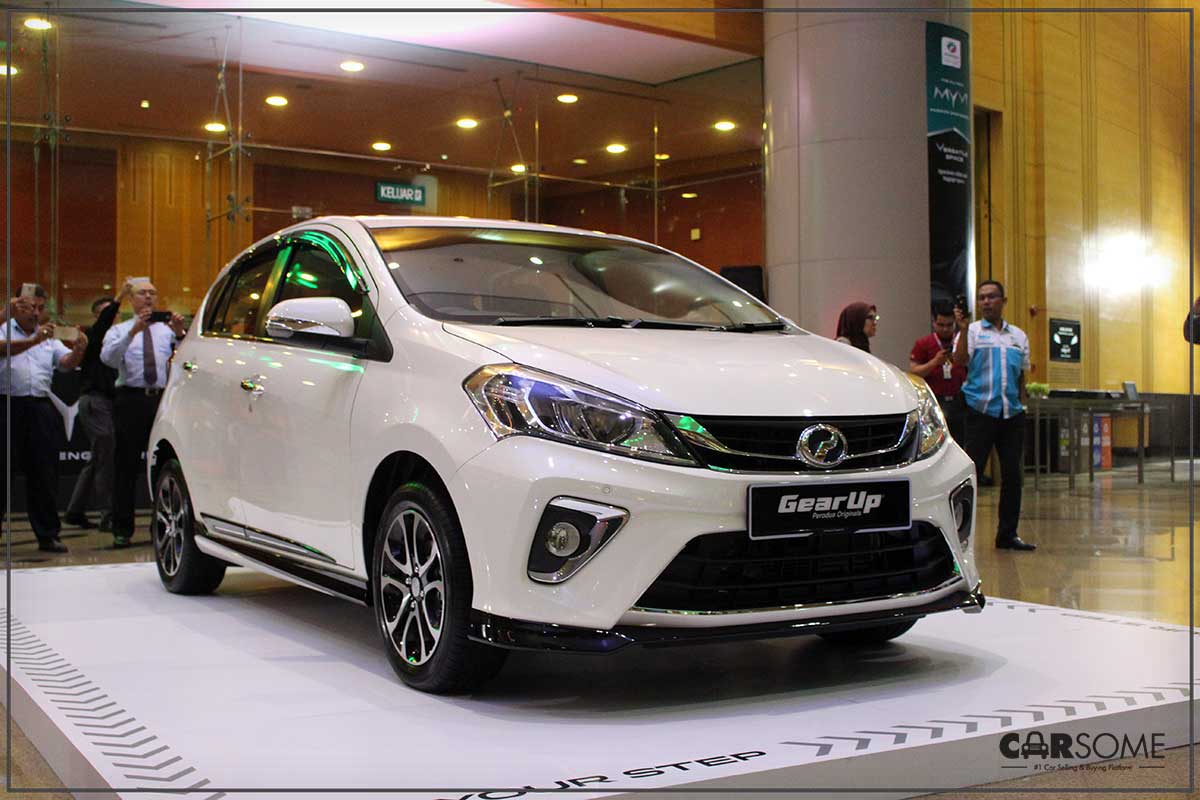 The 3rd generation Perodua Myvi made its debut last week, with lots of interesting facts and figures that stunned many. But it doesn’t stop there. There are some details we simply could not miss out on. How does the new Myvi fare, and could it retake the crown as the best-selling car in Malaysia for years to come? Read on to find out. 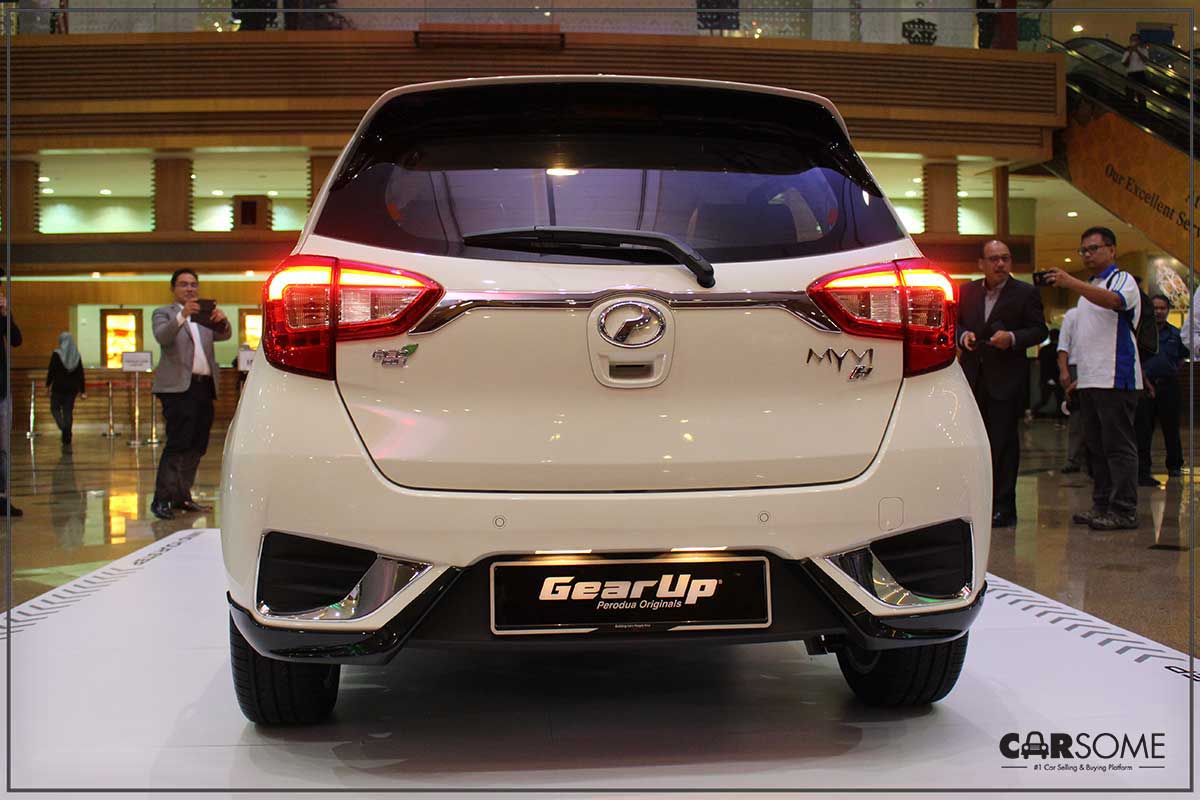 As of publication, there have been over 6,000 bookings for the car already made. 5,000 of those bookings were garnered in a week before the car was launched last Thursday. According to Perodua, 78 per cent of the early bookings were on the new colour, Granite Grey 1.5L variant. Perodua CEO Datuk Aminar Rashid Salleh has reiterated that they aim to sell 6,000 units a month on average. To put that into perspective, that’s 72,000 new Myvi’s for the whole of 2018. Can Perodua do it? We think they can. 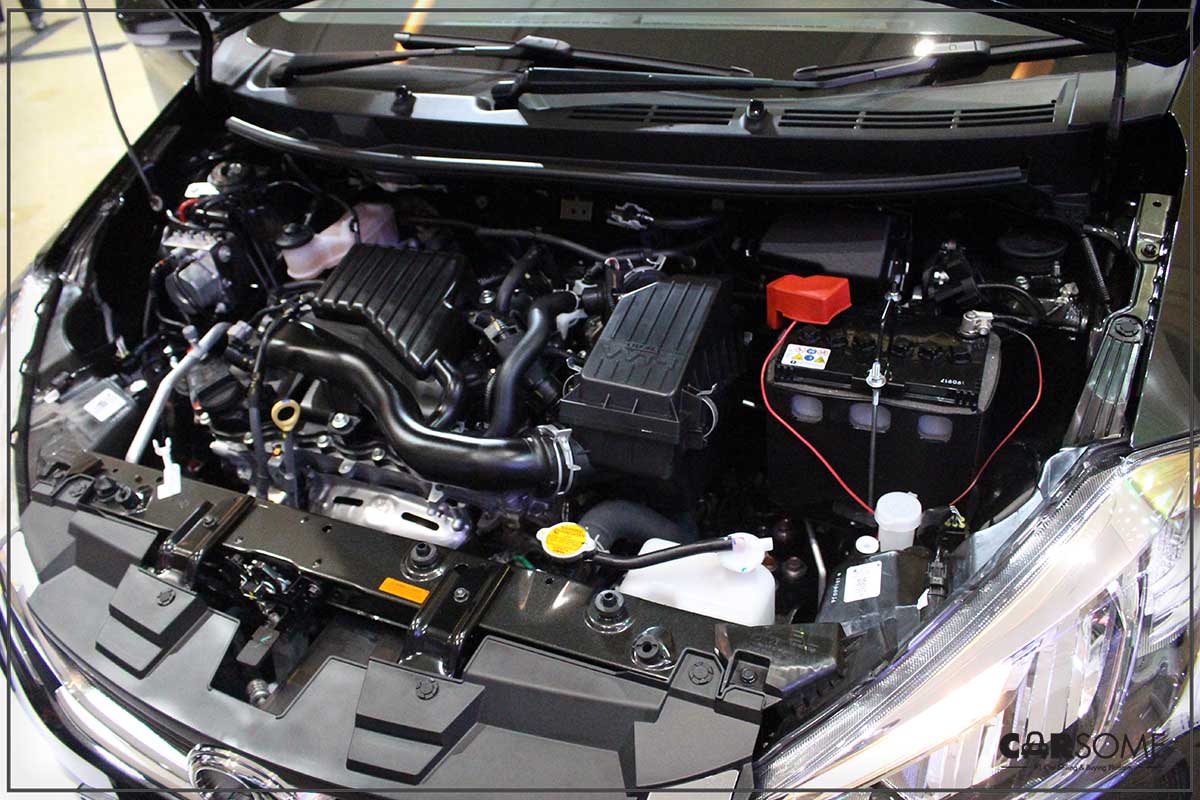 There are two engines in the new Myvi, a 1.3-litre and 1.5-litre DOHC Dual VVT-i producing 94 and 102 hp respectively. The 1.3-litre unit is also found in the brand’s current Bezza. As for the 1.5 unit, it is completely new and is found in the group’s Toyota family. Both engines are built locally at Daihatsu Perodua Engine Manufacturing plant in Sendayan, Negeri Sembilan. In addition, the aluminium-block engines are lighter and build to perform more efficiently and adheres to stricter Euro 4 emission standards. 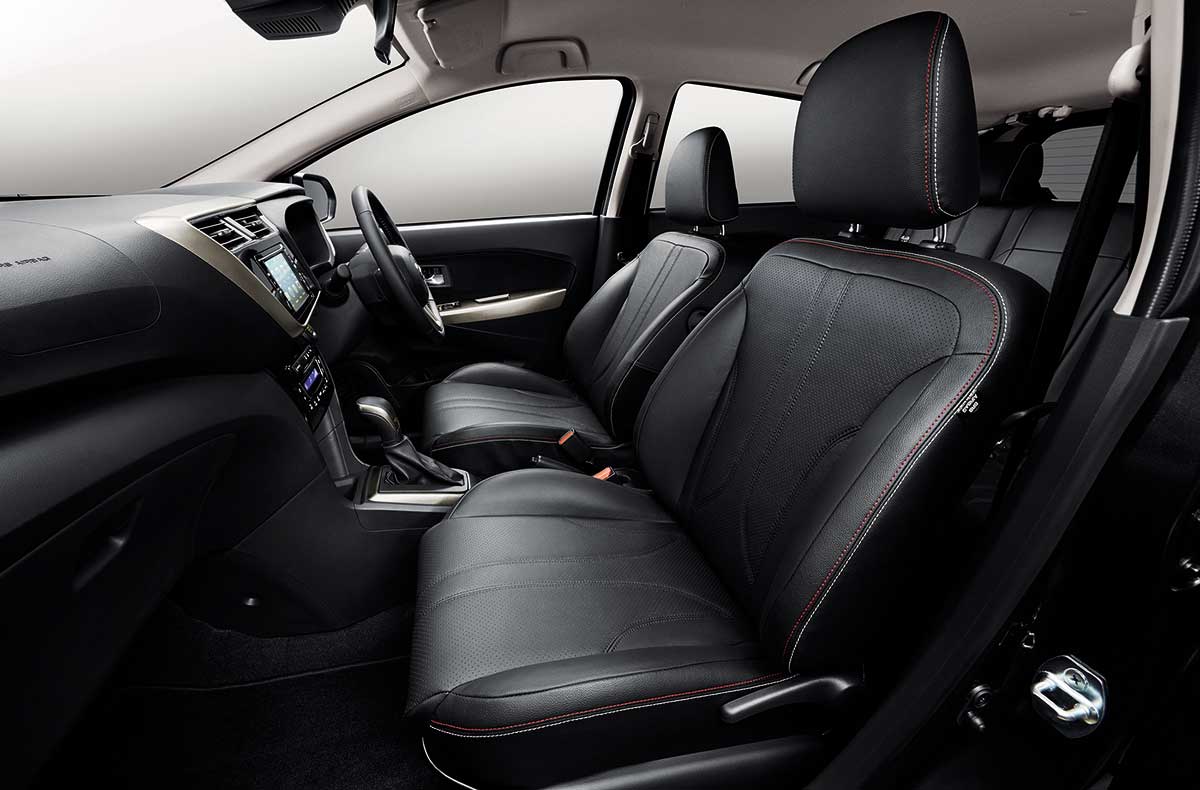 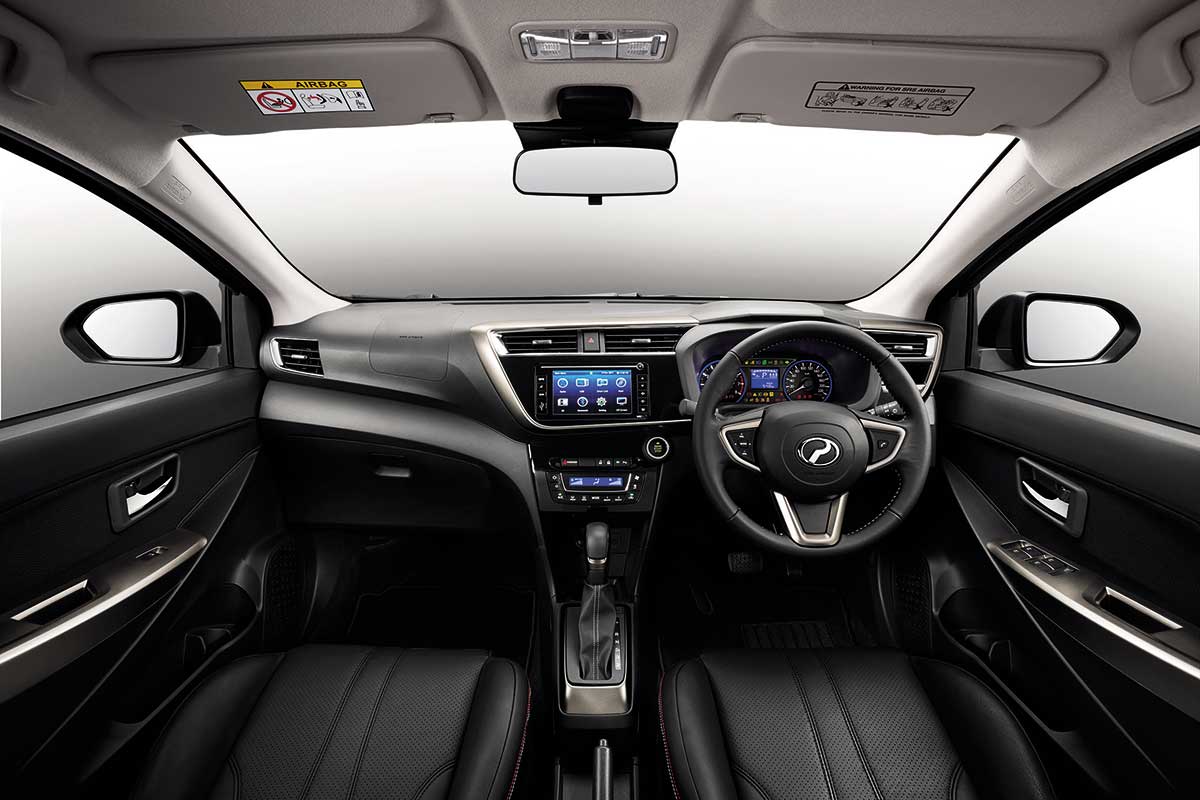 The modern interior and dashboard of the 1.5 AV.

On paper, the new Myvi is longer by 20.5 cm, lower by 3 cm, wider by 7 cm and has a longer wheelbase by 6 cm. What is interesting though, is that the interior space has certainly grown. The tandem distance between the front and rear passengers is a large 93.7 cm. If you’ve viewed the car, you would’ve noticed this seated at the rear. Boot space is a full 277-litres, 69 more than the outgoing Myvi. Perodua has also put together an 8 plus 1 flexible seating layout. 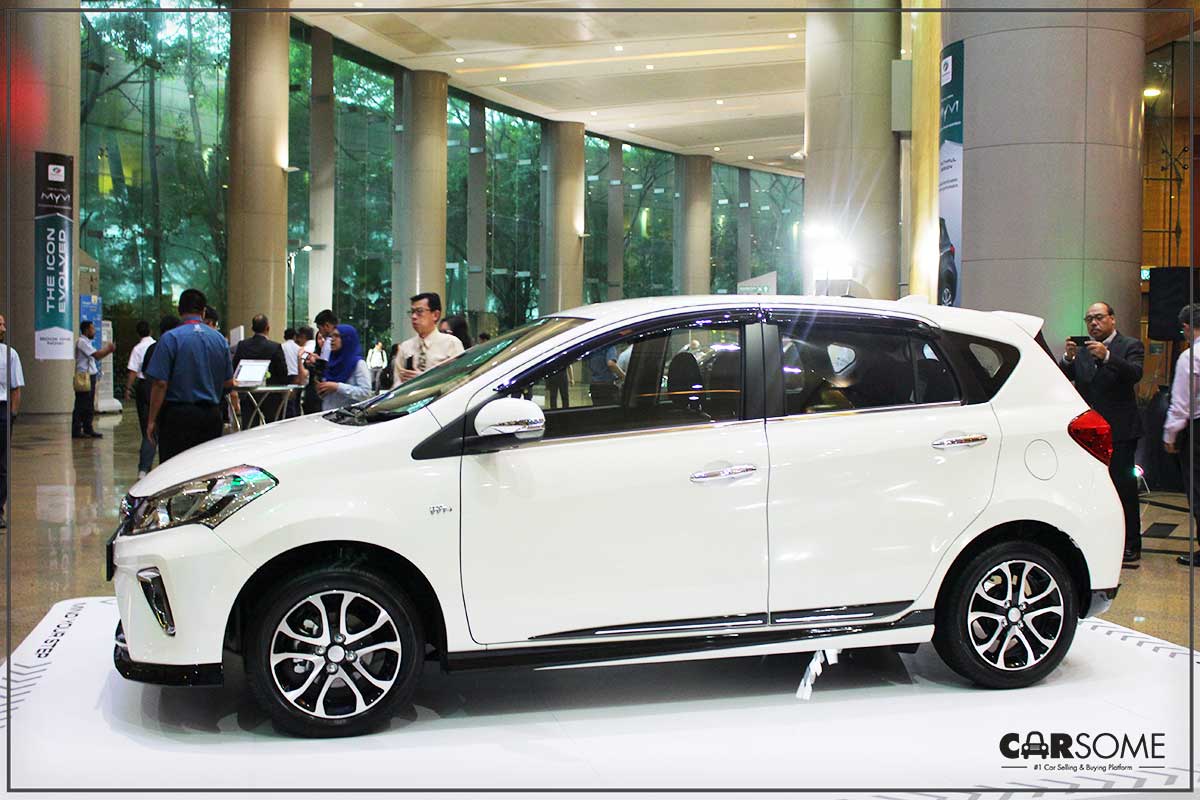 That lowered height of the new Myvi does contribute to a better drag coefficient overall. How much better? From 0.306 to the current 0.296 Cd. The semi-flush rear spoiler, Aeroslim wipers and air spats do help. On top of that, the acoustic windshield massively reduces NVH levels when the car is in motion. 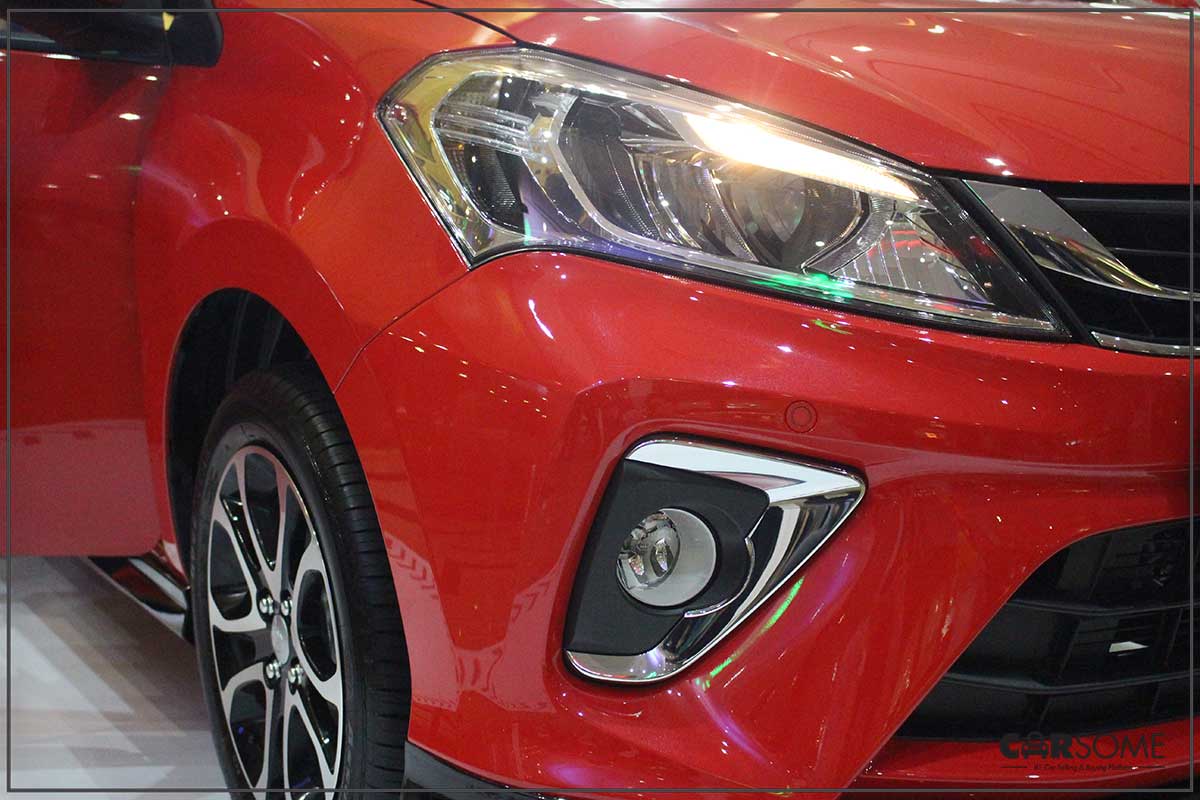 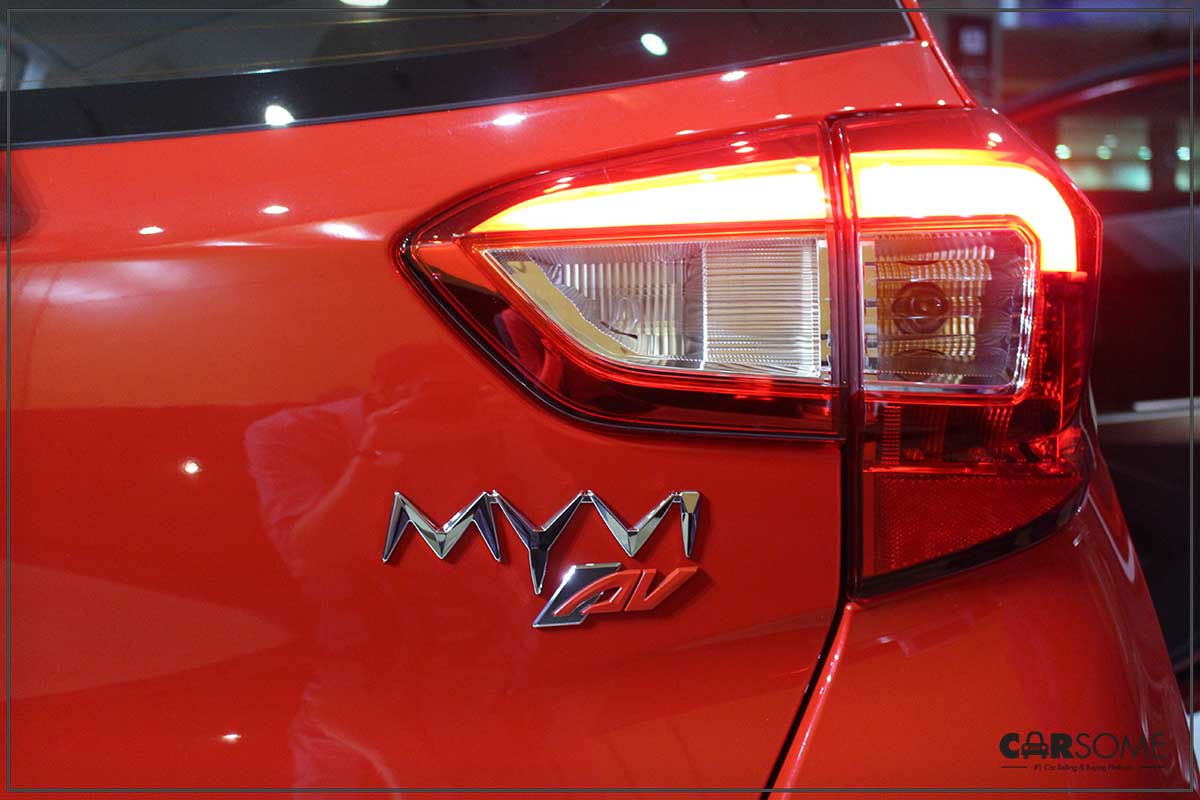 It is stated that the all-new Myvi has on average 32 per cent more efficient than the outgoing second generation. As below, the km per litre figures are provided as an estimate by Perodua, while we have calculated the litre per km as the following.

When the Eco Idle is activated, it is able to provide up to 1 kilometre more on the road on comparing a test done on the 1.3AT Myvi. Eco Idle is a stop-start feature whereby it makes the engine goes into a partial-deactivation mode when putting a foothold on the brakes. This feature was first seen in the Bezza launched last year. 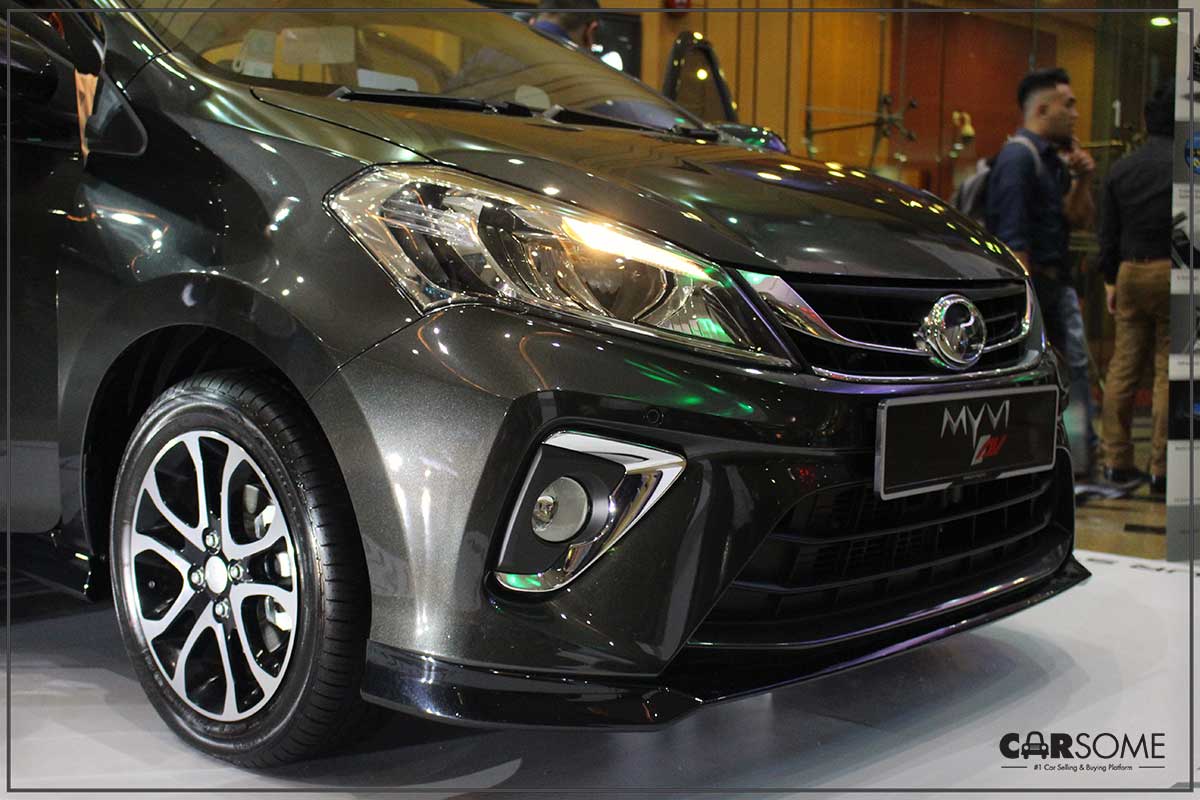 Vehicle Stability Control (VSC) is a system that improves vehicle stability by detecting and reducing skidding while being on regular roads. How this works during emergency avoidance is through sensors in the vehicle that accounts for ABS, steering and throttle by assessing the potential skid, cutting power and applying the necessary brakes to counteract the slide. Traction Control (TC) works closely with VSC and is standard now across the range.

ASEAN NCAP is a new introduction to the list of NCAP organizations all around the world, which aims to be a benchmark for safer production vehicles in the region. To be certified 5-star for this All-New Myvi, it is an impressive statement. Do take a closer look on this crash test video conducted on the Myvi that showcases its crashworthiness.

The upper body of the vehicle is completely designed in-house and has been a 99.9% effort from the ground up. The skeletal frame of the new Myvi uses high-tensile steel and said to be 2.5 times more robust than its predecessor. The design team even placed additional bracing and reinforcements in strategic areas like the edges to increase body rigidity. 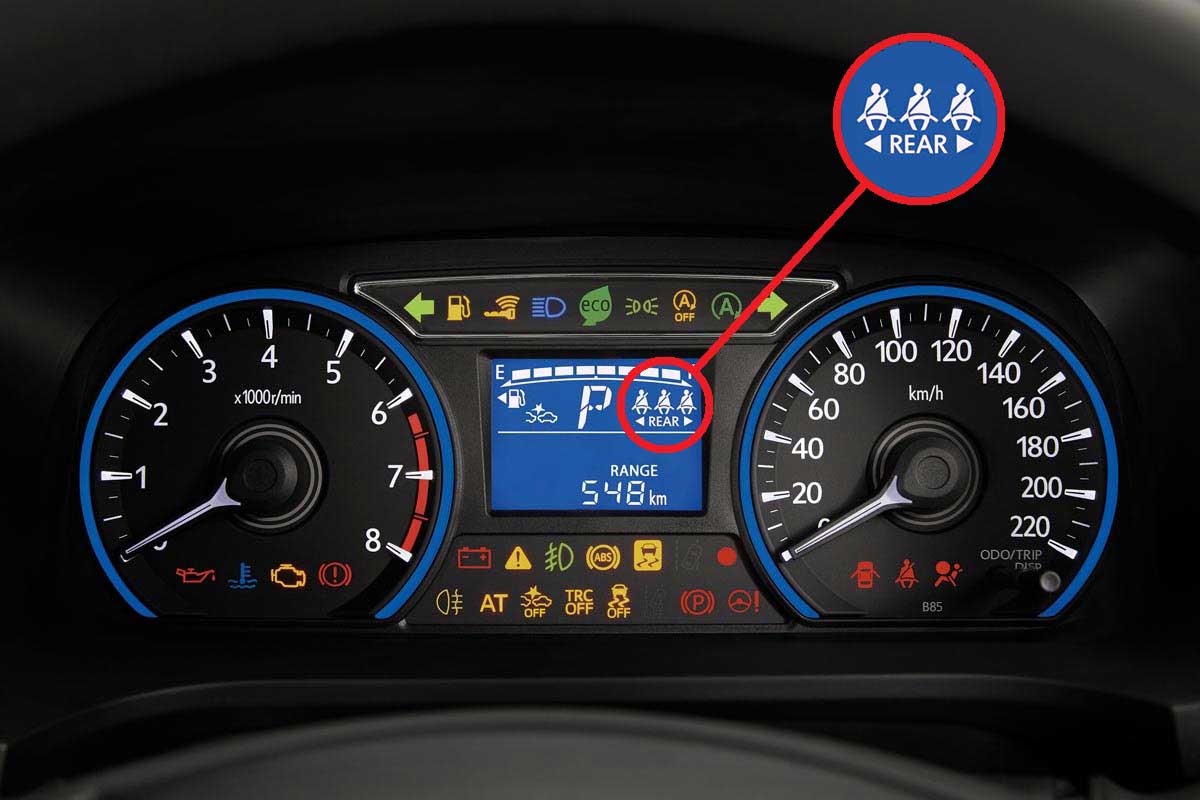 As shown in the circle: There are seat belt reminders to alert the rear passengers. 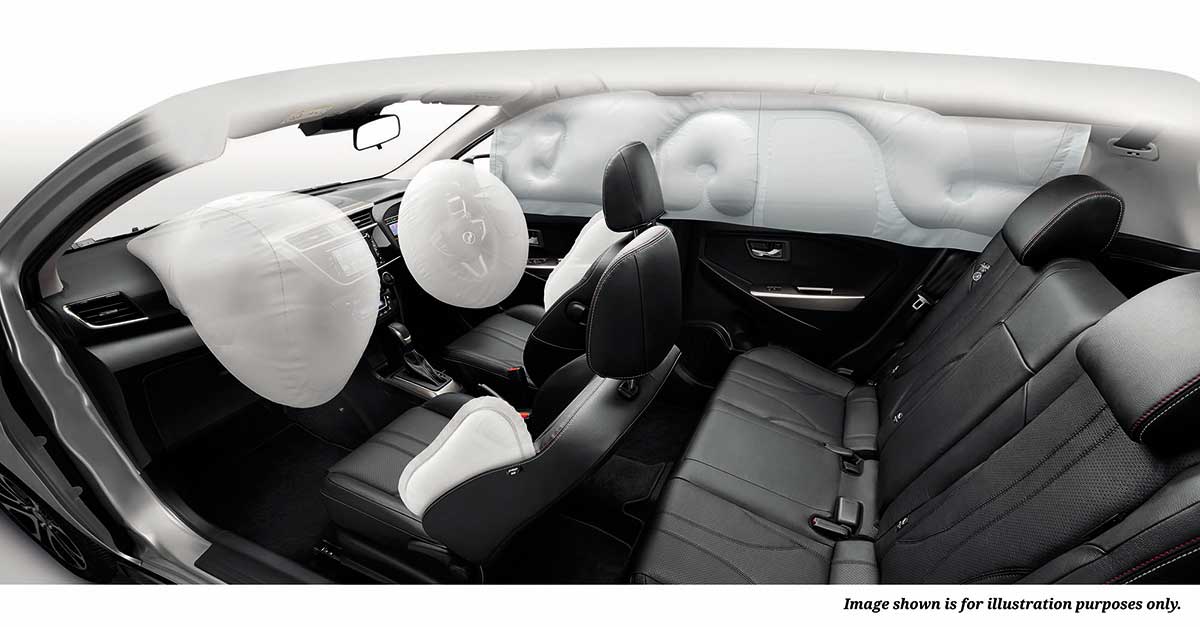 There is a Seat Belt Reminder that alerts the driver, front & rear passengers and adds extra precaution to safety. In any point of time that the seatbelts are not put on, a warning will light up immediately to remind the passengers to do so promptly. Add this with four airbags as standard, and a further six airbags on the 1.5-litre variants and you’ll understand why the new Myvi has managed to get that rating. 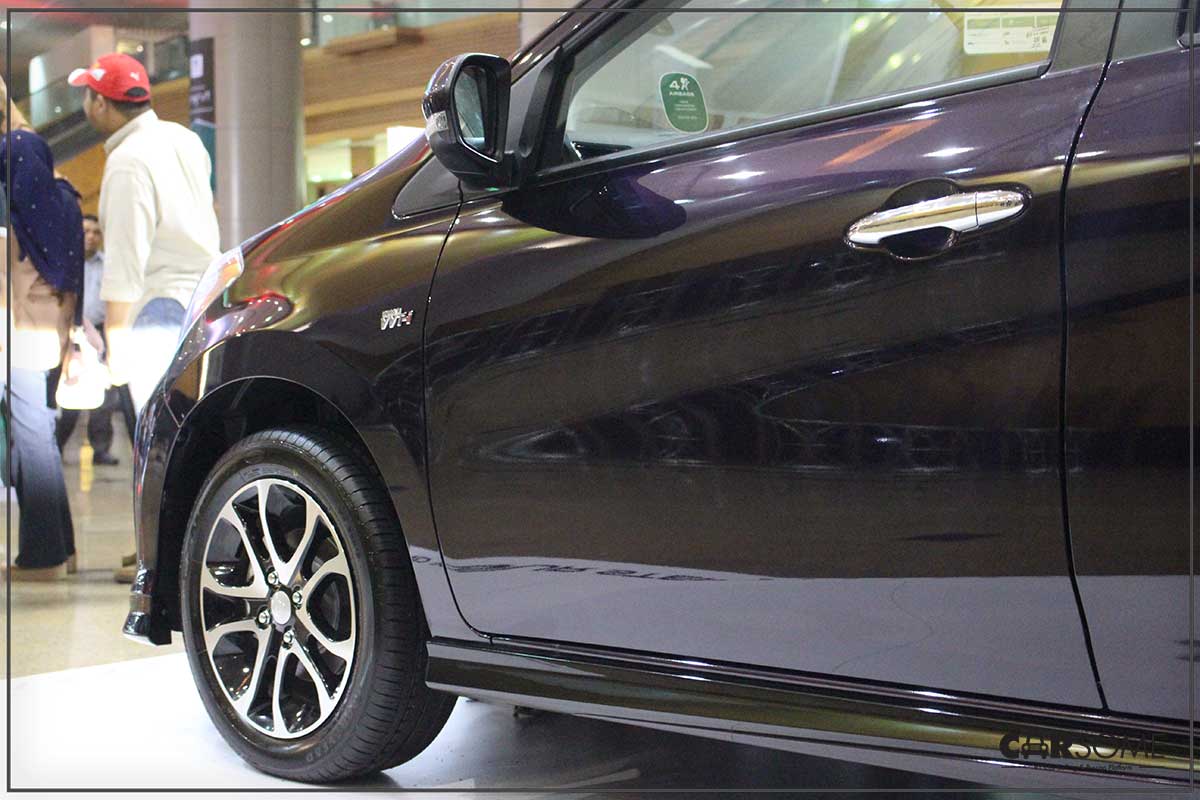 The mystical purple Myvi that flashes a touch of mystery to its body.

The 2018 Myvi comes just at the right time, it might even be the perfect vehicle for you and your loved ones. Click here to see why.

There is a gallery that presents the insightful features of the new generation Myvi, click here!

Don’t hesistate any longer, the Myvi might just be the perfect choice for you! Fill up the form below today and sell with Carsome!