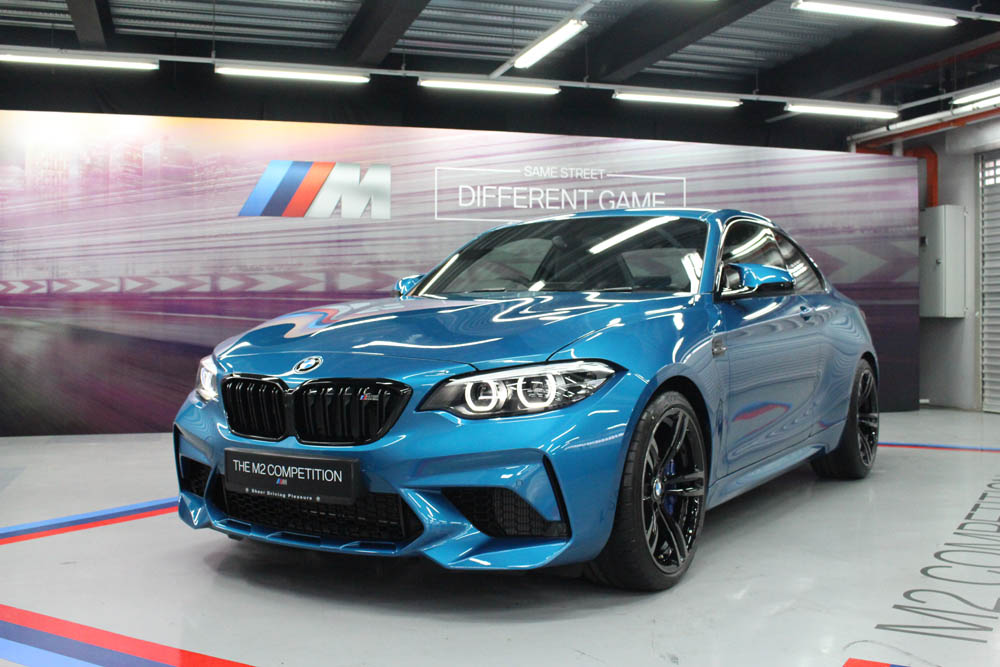 BMW Malaysia has launched the new BMW M2 Competition, an upgrade and replacement to the BMW M2 LCI that was introduced two years ago. Unlike the M2, the new Competition has internal and external upgrades that will make true BMW M fans happy. The launch was held in conjunction with the brand’s M Track Experience 2019. 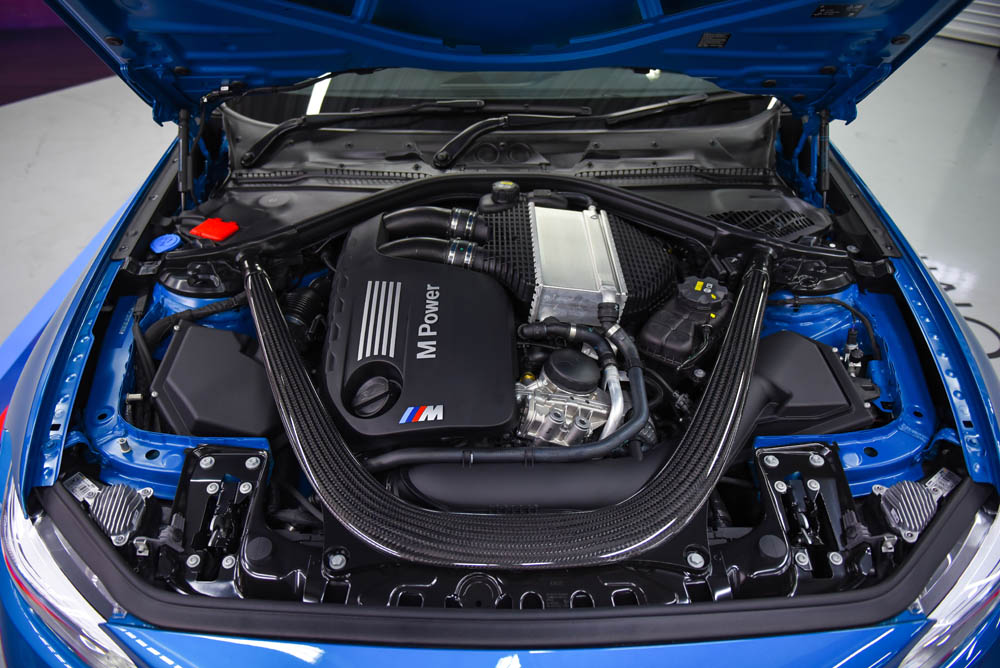 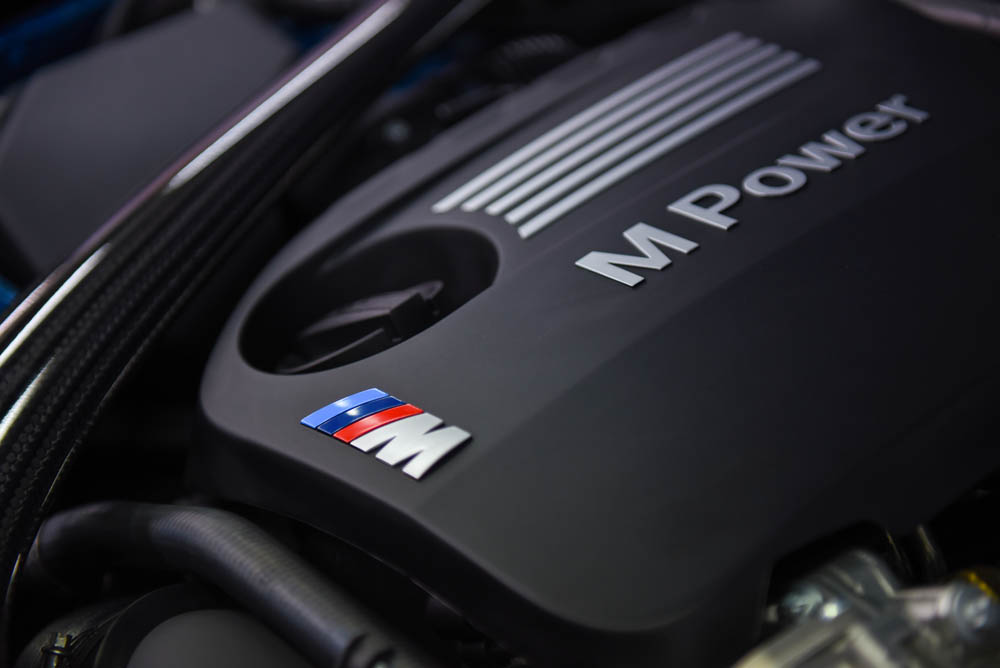 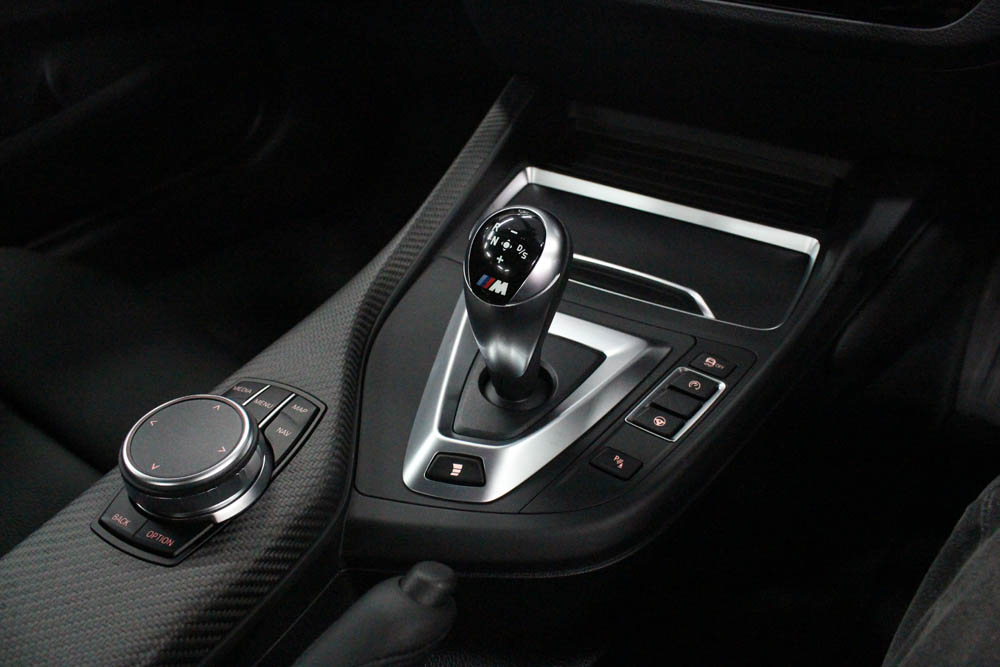 Mated to a seven-speed M double clutch transmission with Drivelogic, the system combines two gearboxes, each with its own clutch, and enables smooth shifts without interruption in the flow of power. We won’t go into much detail on the internals, but there’s improvements to the lubrication system, the cooling system that makes sure best operating temperatures on the road and track. Century sprint from a standstill is a mere 4.2-seconds.

As lap times matter to cars like these, the M2 Competition has set a lap time of 7:50 at the Nurburgring, about 8-seconds faster than the previous M2 at 7:58. 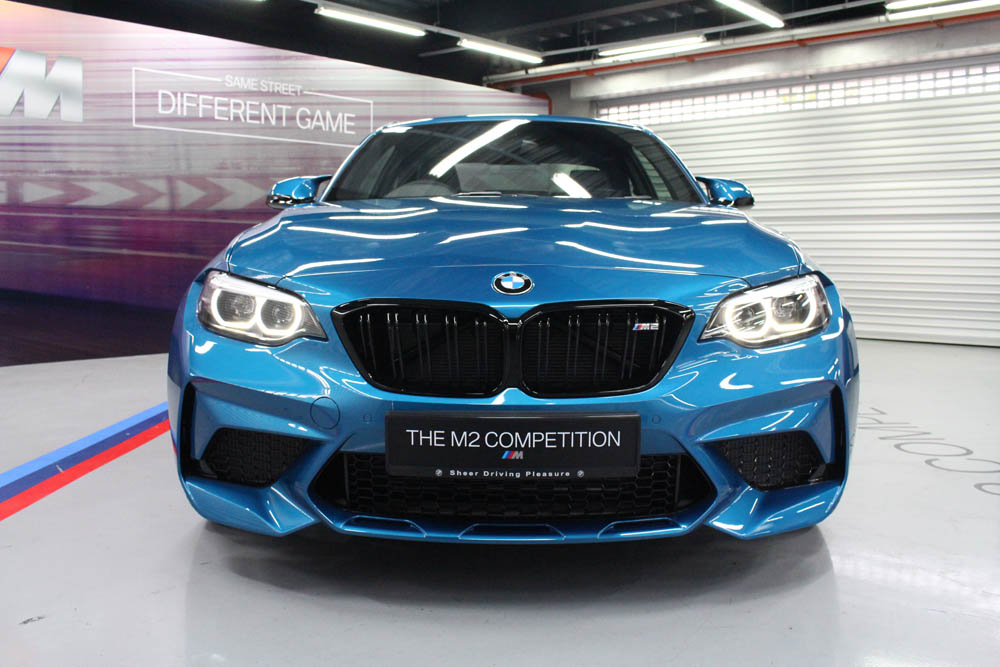 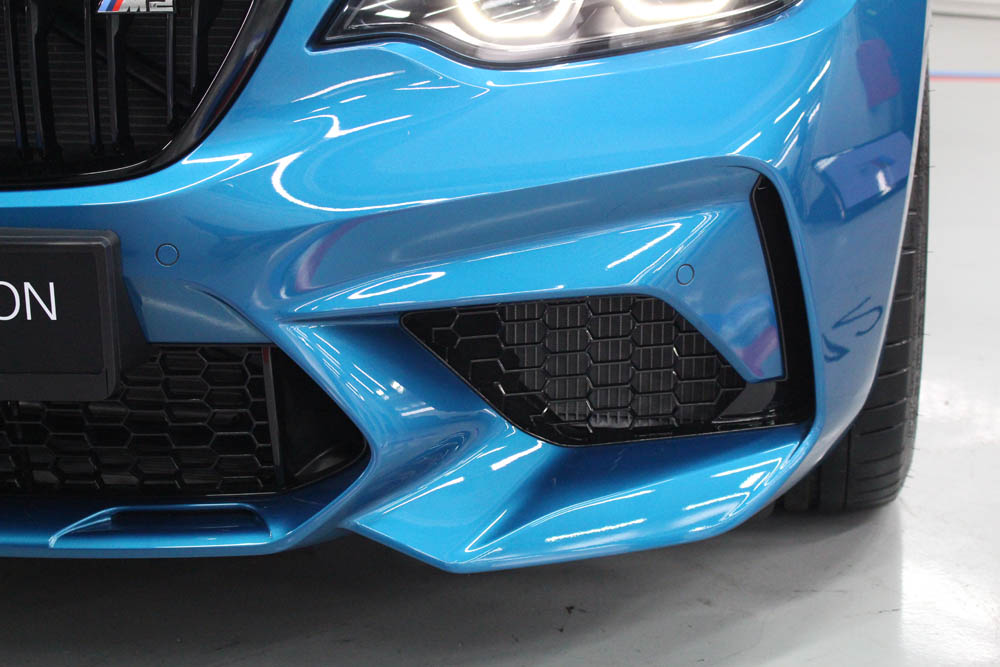 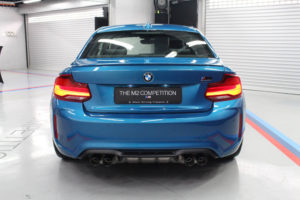 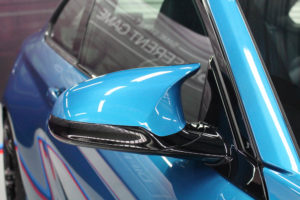 On the outside, you’ll notice the new front skirt with modified air intake to better airflow to the cooling system, the larger kidney grilles in high-gloss black, and the M-specific twin strut side mirrors that improve aerodynamics. At the rear, the new muffler and four tailpipes finished in black chrome completes the M look. 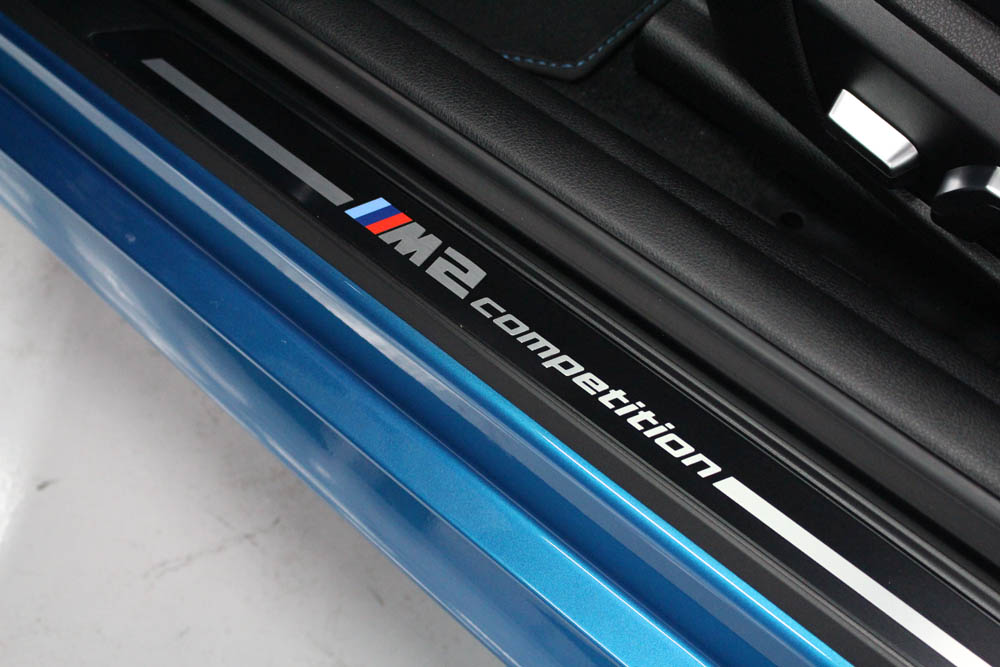 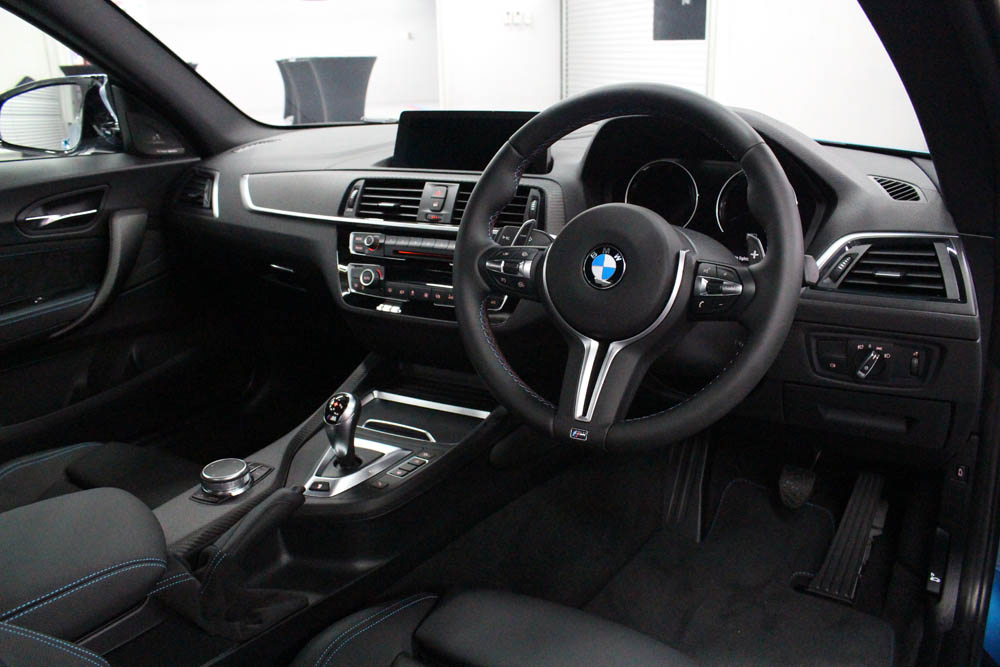 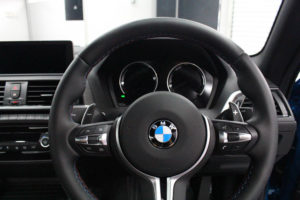 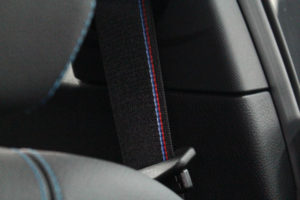 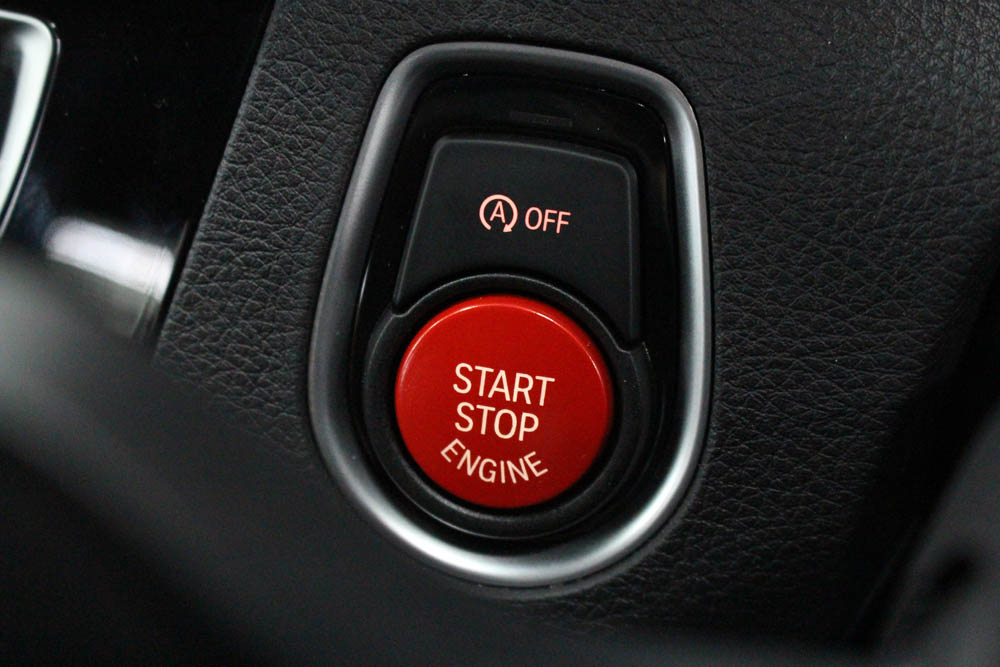 Inside, the door sills have the M2 Competition badge, there’s a carbon fibre trim on the dash, the M leather steering wheel has M1 and M2 buttons for pre-programmed Comfort and Sport driving modes, red start/stop button and to finish, contrasting M coloured stitching on the seat belts.

Under the hood, owners will now notice the striking Carbon Fibre Reinforced Plastic high-precision strut that provides stiffness at the front.

What’s for the driver? 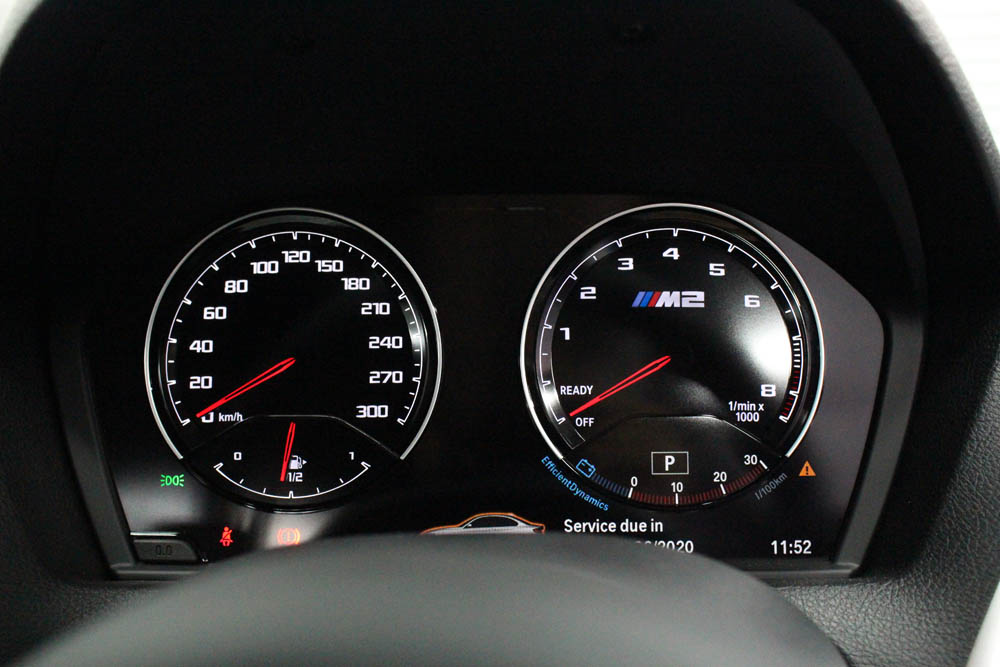 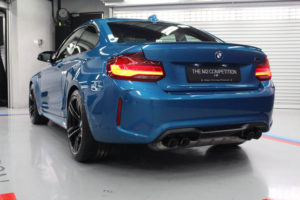 The M characteristics can be experienced with the Drivelogic, which allows drivers to adjust power steering assistance at any time to their personal preferences via the selector switch on the centre console of the car. The Dynamic Stability Control (DSC) has been recalibrated and further supported by the Active M Differential. It is an electronically controlled multi-plate limited-slip diff that takes traction and directional stability to a new level of precision and speed. Full locking power of 2,500 Nm is available within 150 milliseconds, preventing the wheel from spinning in dangerous situations. There’s also M Dynamic Mode (MDM) a sub-function of DSC that can be activated automatically in Sport+ mode or engaged manually. This is for real sporty driving for a greater degree of wheel spin. 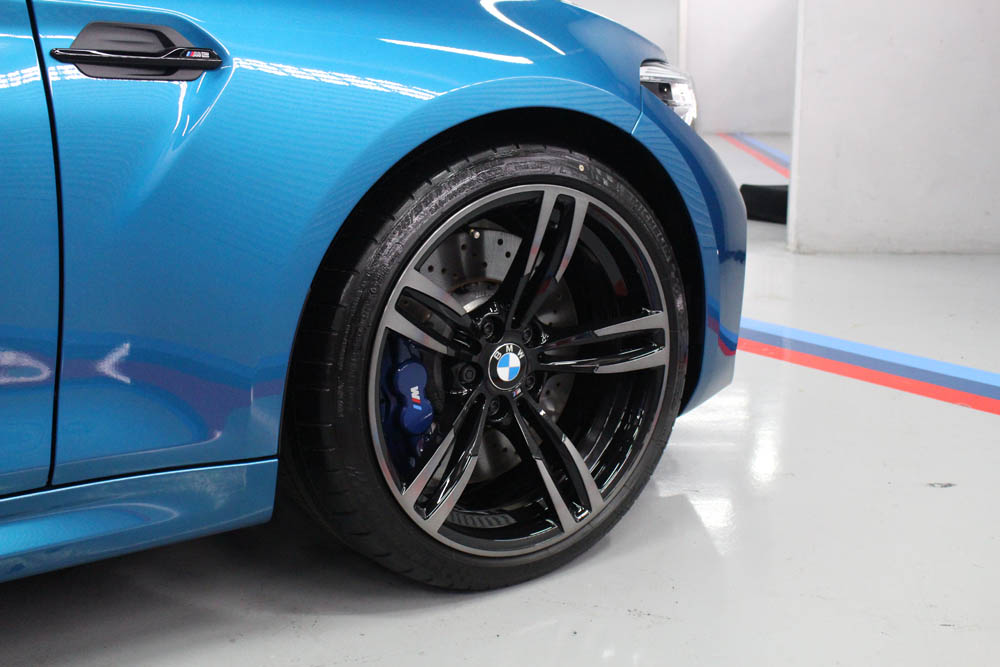 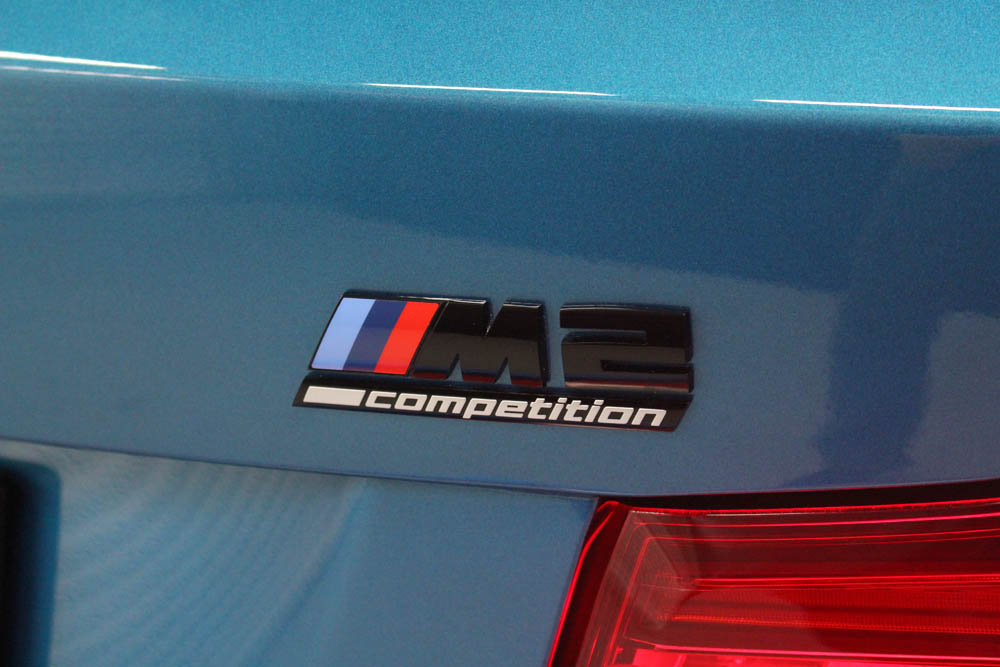 Oh and we forgot to mention, you can order one with a six-speed manual transmission as well. 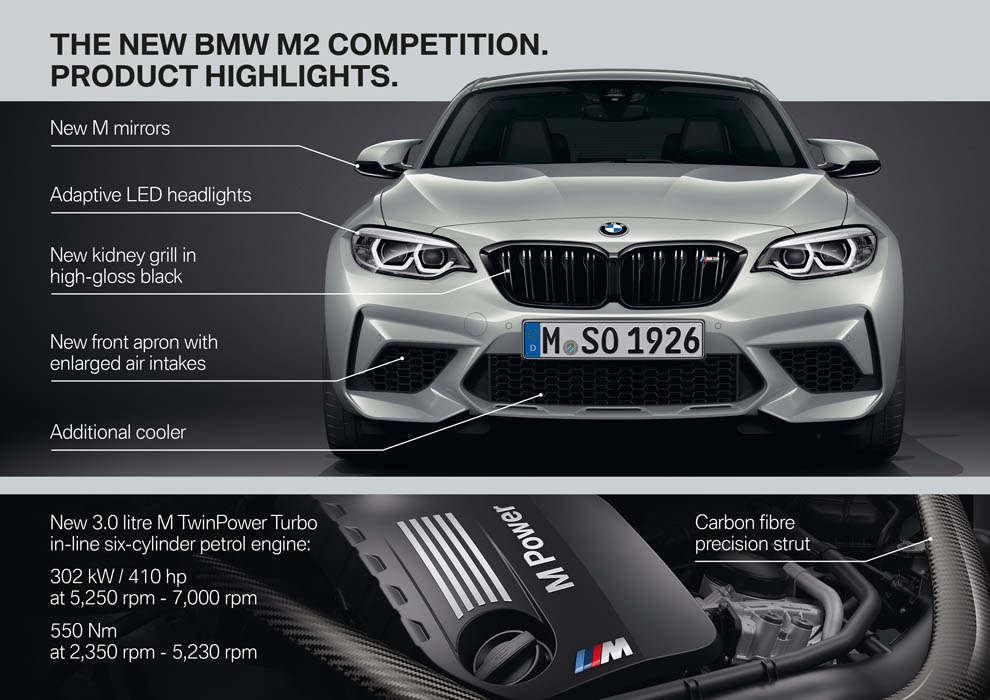 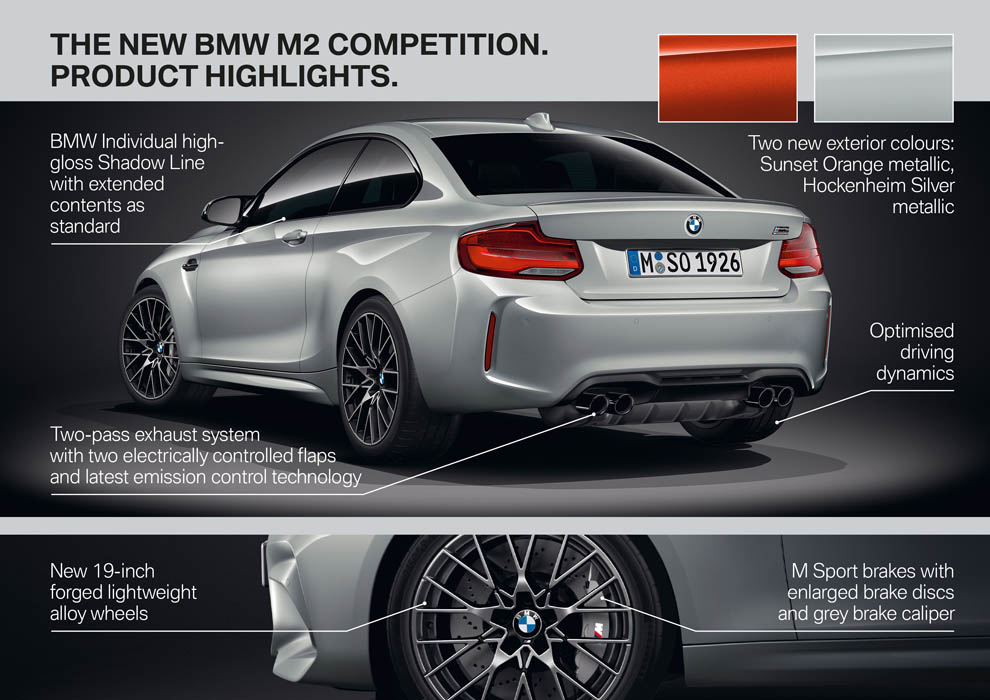 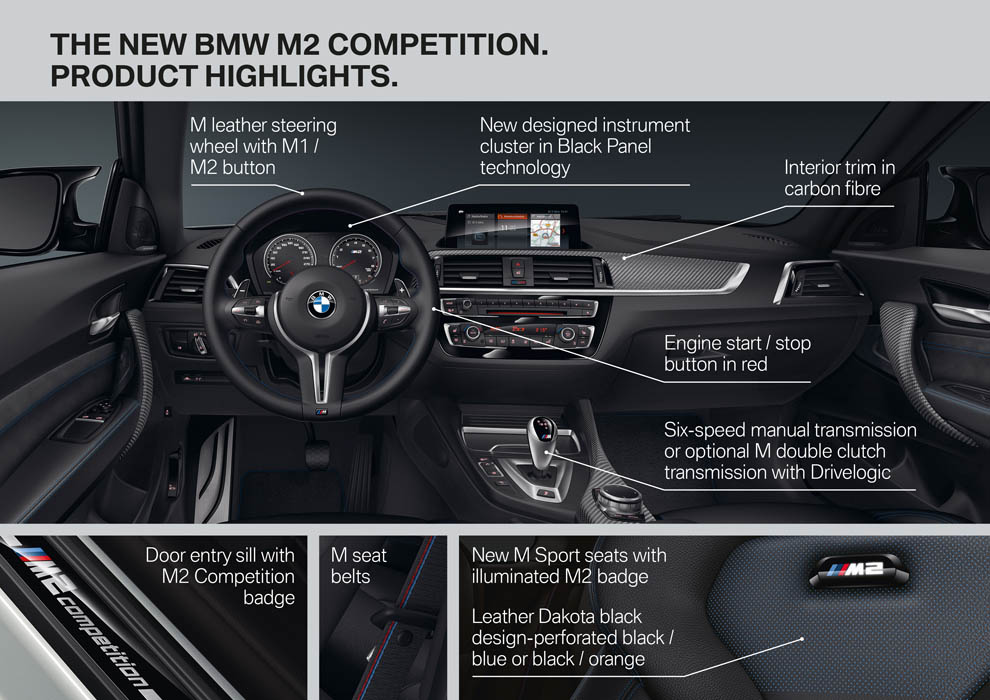 Sell your car through Carsome and you could get up to 20% higher than average trade-in price!