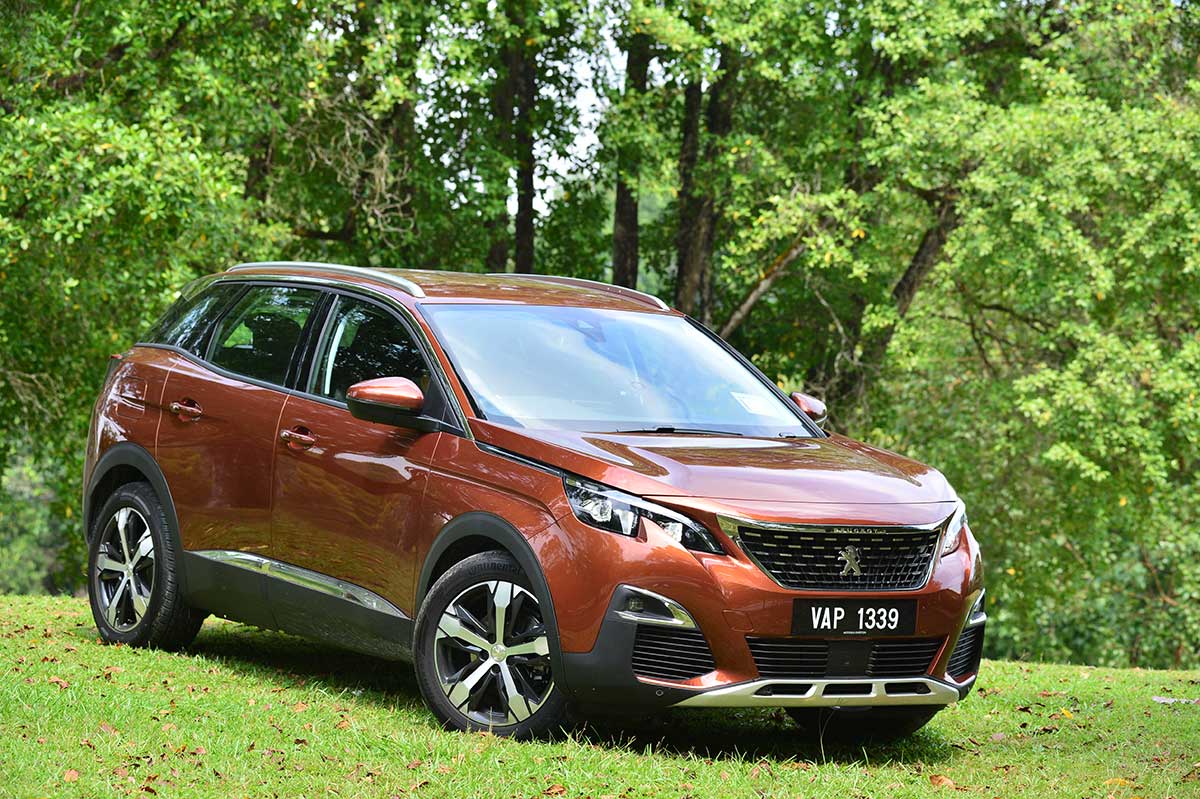 In Malaysia the first generation Peugeot 3008 first hit our roads in 2010. The facelift came in four years later, and just a couple months back, the second gen reached our shores. Unlike the rounded style of the previous, the new compact SUV is without a doubt a crowd puller. 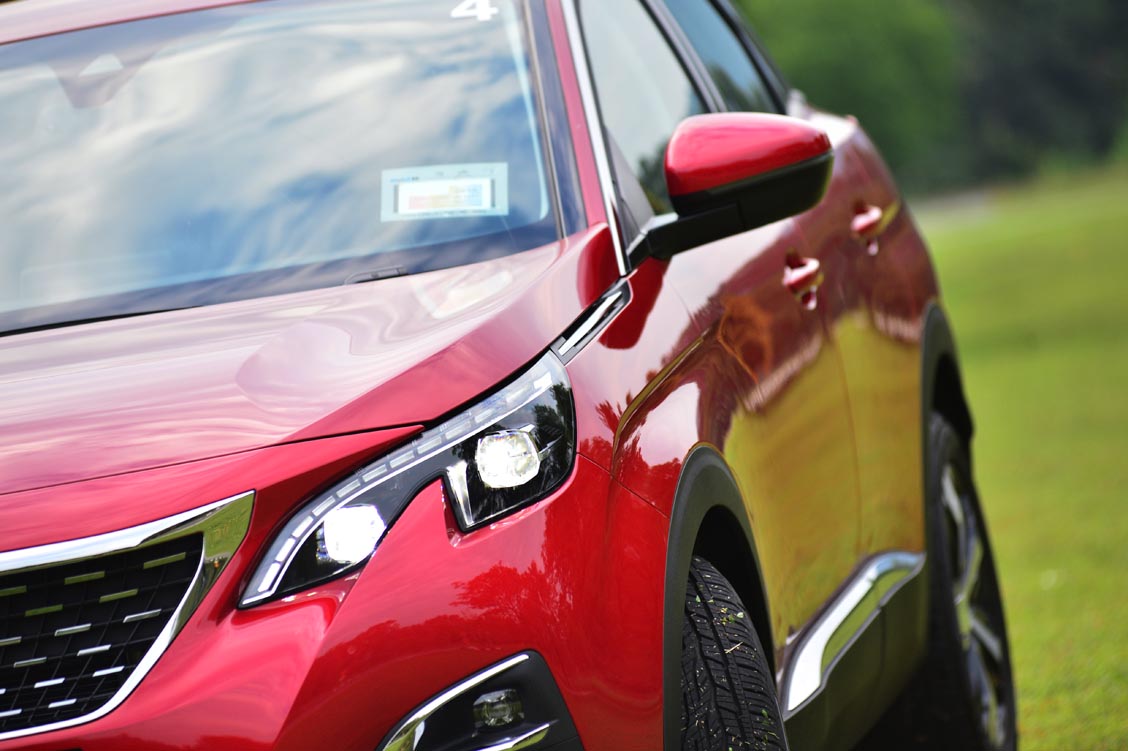 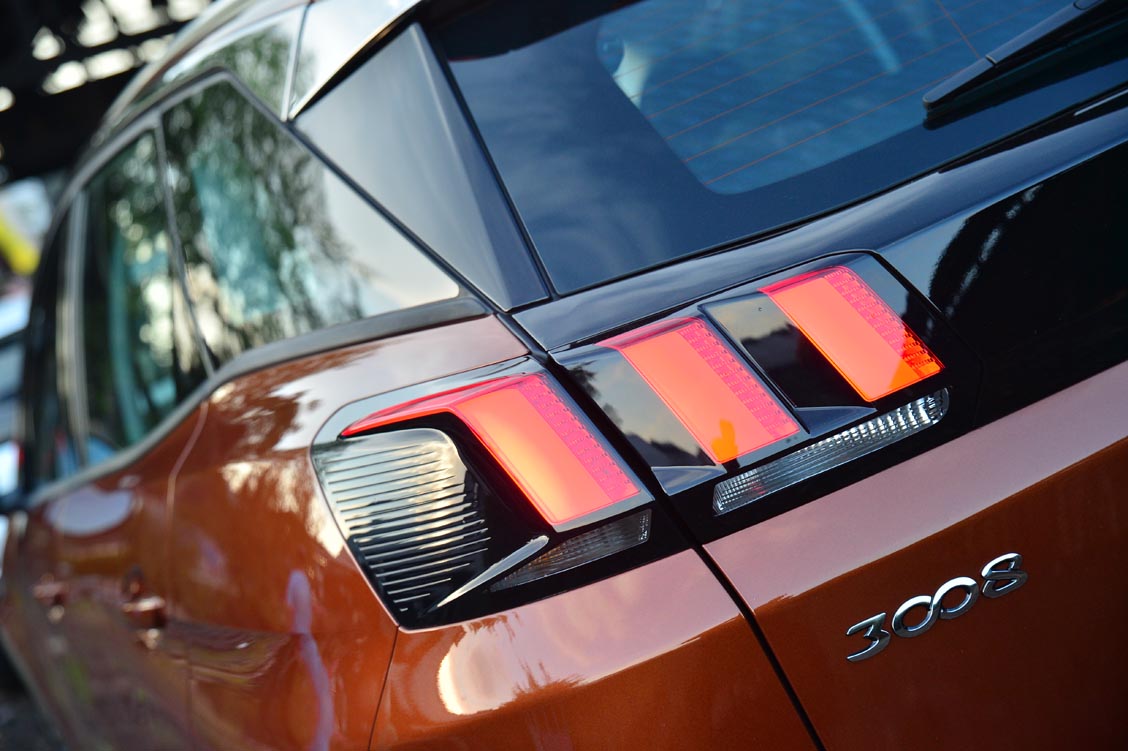 LED sequential scrolling front headlamps pull the eyes towards the silhouette of the roofline. This opens up to the rear’s 3D Claw Effect tail lamps. What the exterior attracts, is nothing compared to the interior of the new 3008. 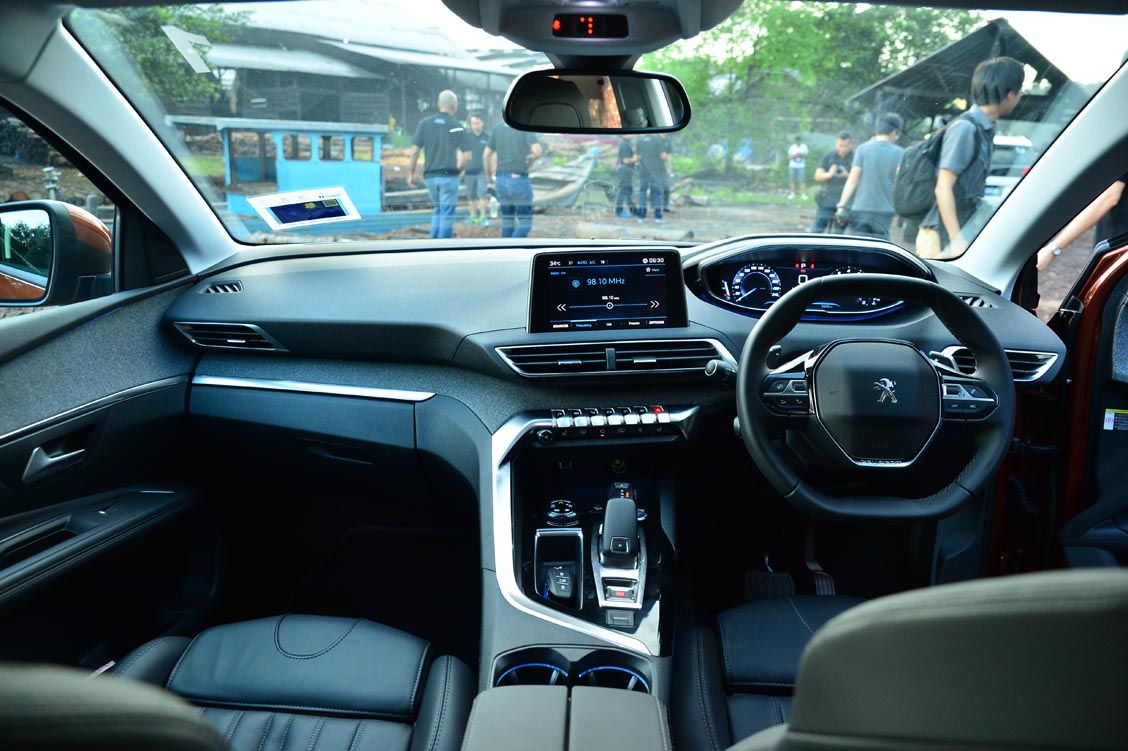 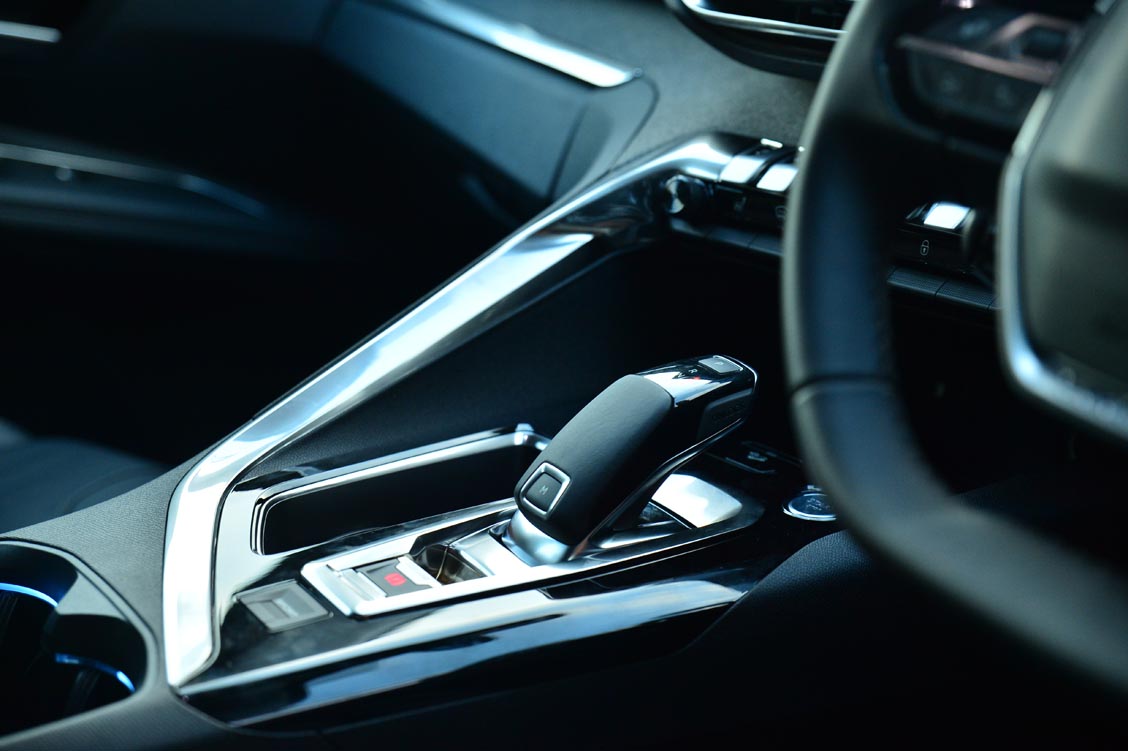 The stunner comes from inside the new 3008. The brand’s award winning i-Cockpit design is clearly a winner in futuristic and minimalist design. It is sophistication that feels tactile and premium, and one that is not just for the purpose of display. Buttons have been placed easily engaged, and the analogue world has been left behind to make way for the 21st century digital. 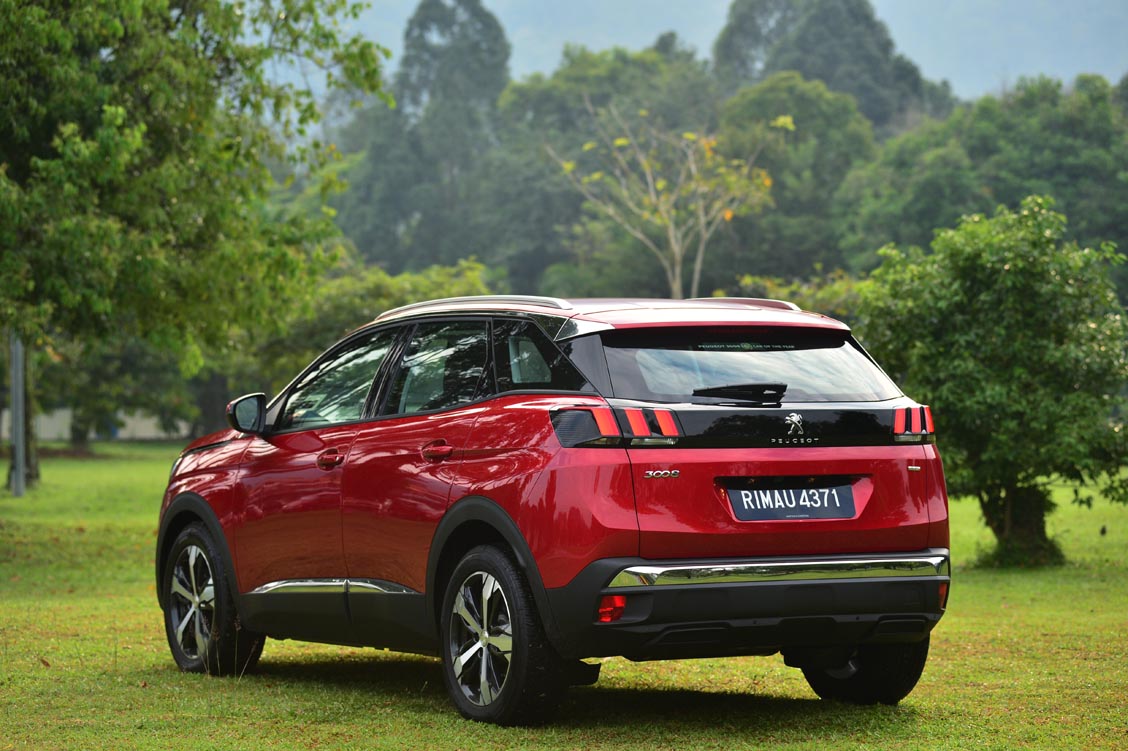 Two variants are available here in Malaysia, the Active and top ranging Allure. Both variants are mechanically identical, powered by a 1.6-litre Twin Scroll Turbo High Pressure (THP) four-cylinder unit developing 165 hp with 240 Nm of torque from 1,400 rpm. The differences that separate the Active versus the Allure is the addition of LED headlamps with levelling, powered driver’s seat with memory and LED cabin mood lighting for the interior. 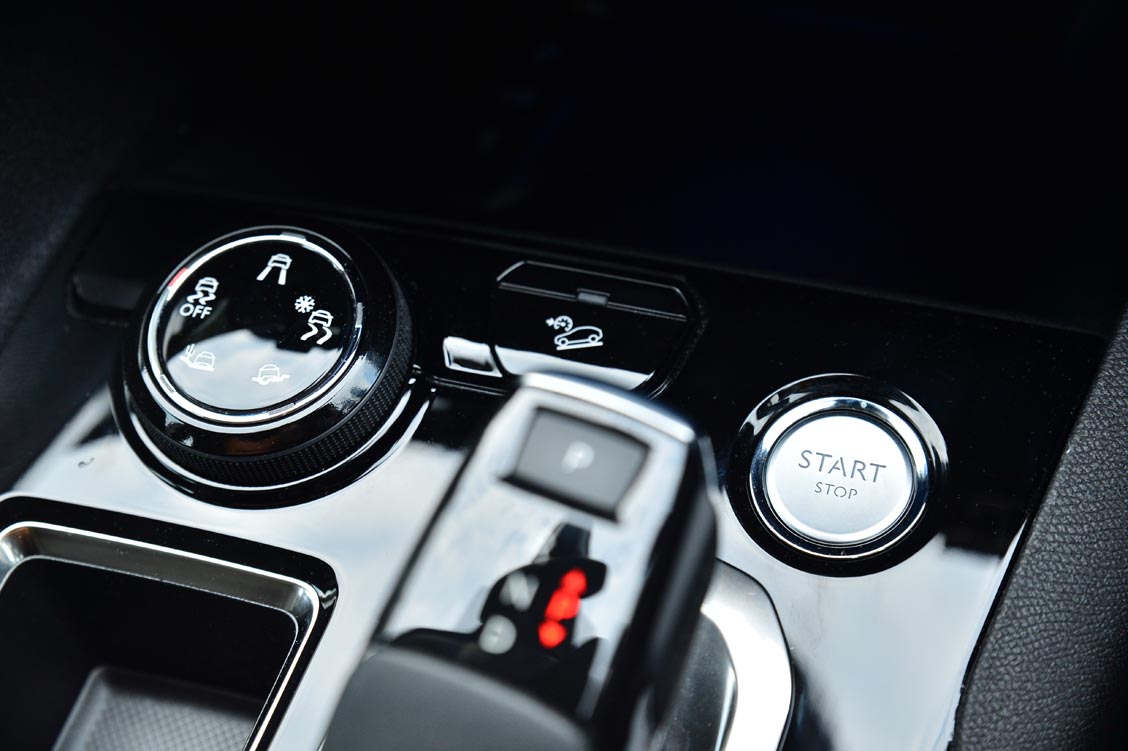 Those interested will be thrilled to know that the safety features of Six Airbags, Hill Descent Control, Hill Start Assist, ESP, ABS, EBD, Brake Assist, DSC, Lane Departure Warning, Advanced Grip Control driving modes and most of the highlighting features are also available on both. 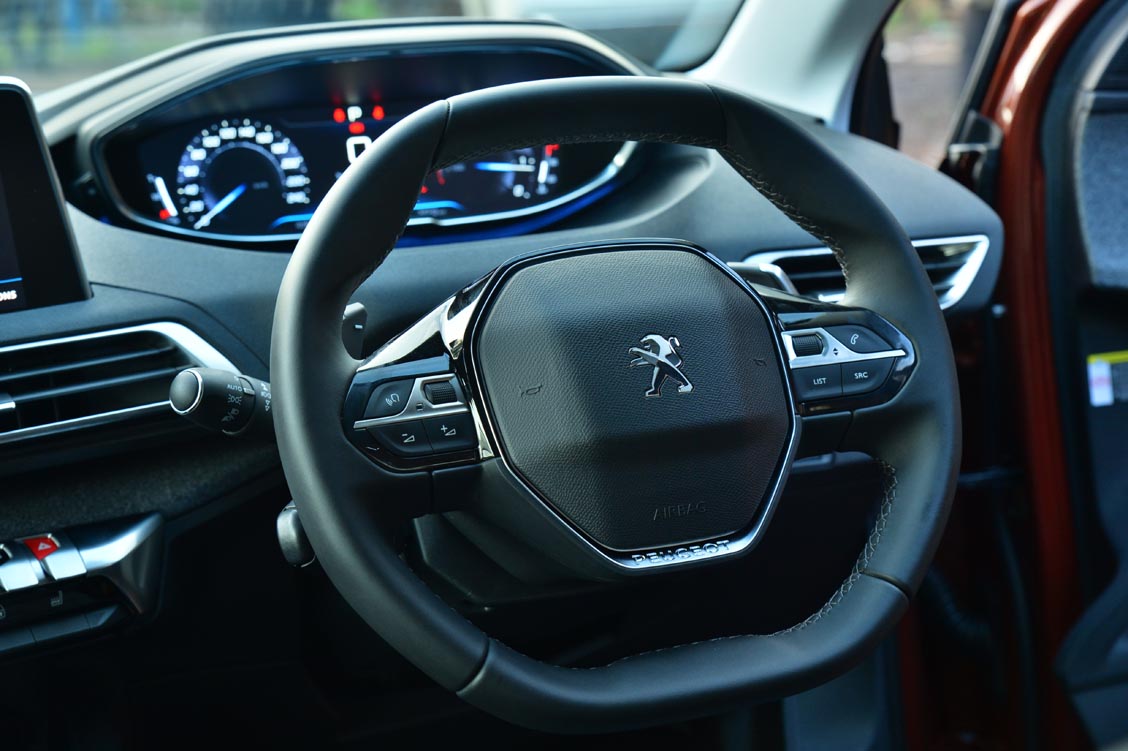 Before we head into the driving impressions, there are a few things to note about the new 3008. The new steering wheel is smaller than usual. It features a flat top and bottom design, and takes about a day of driving to get used to, due to the angular sides of the wheel.

Glove box space is limited due to the left hand drive conversion but there’s a large 11-litre storage compartment in the centre armrest that can fit a medium sized handbag, or if you’re going to a party, keep your drinks cold. 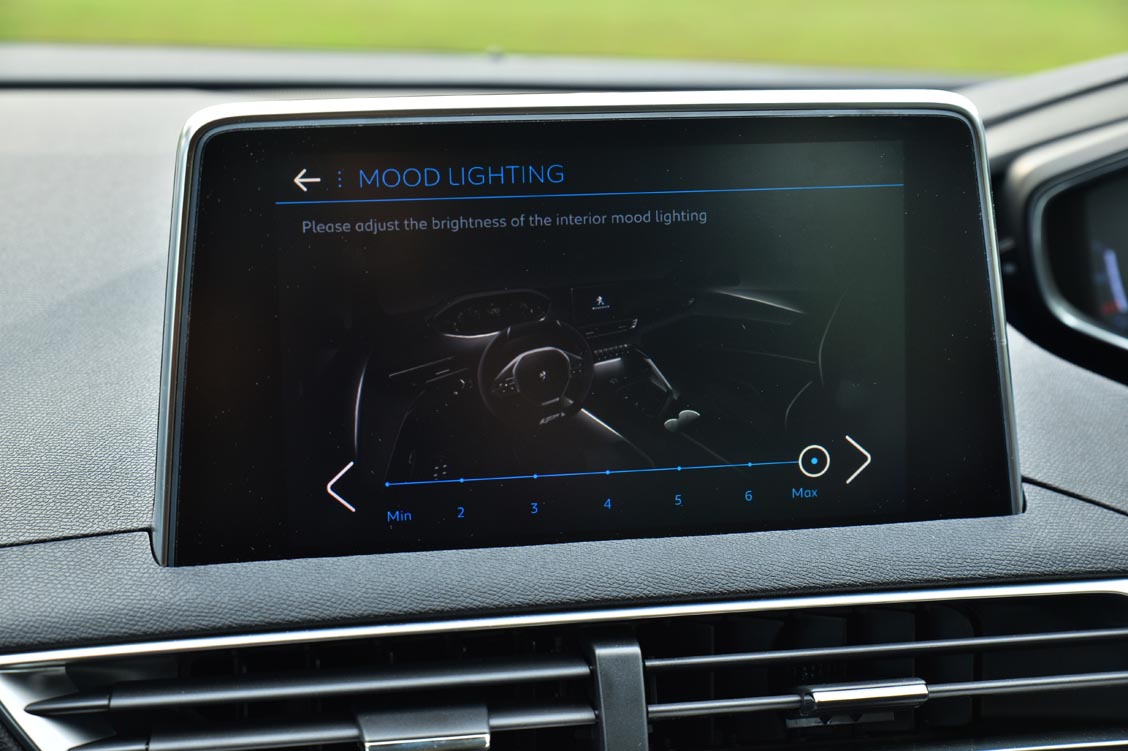 Ambient lighting in the Allure cabin is only illuminated for the front passengers. The lighting design only covers the doors, centre console and cup holders, omitting those seated at the back. A plus point for the multimedia front is the addition of Apple Carplay and Android Auto in the unit, which also happens to be a touchscreen. 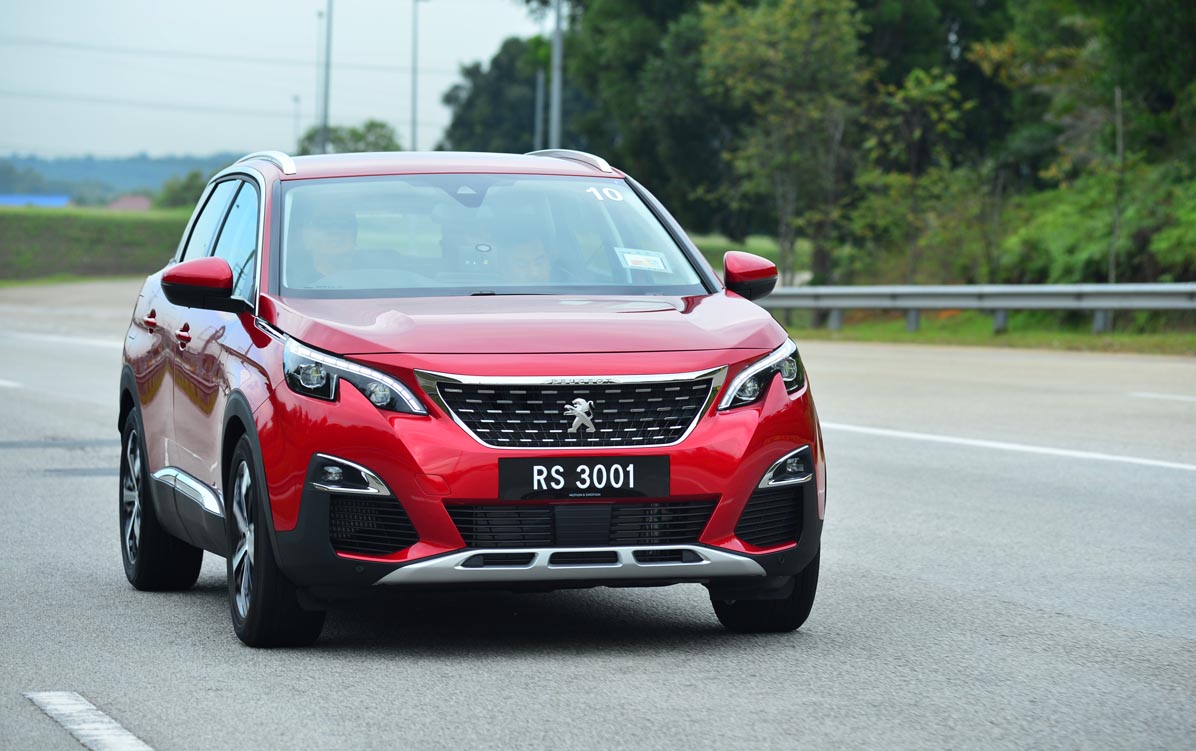 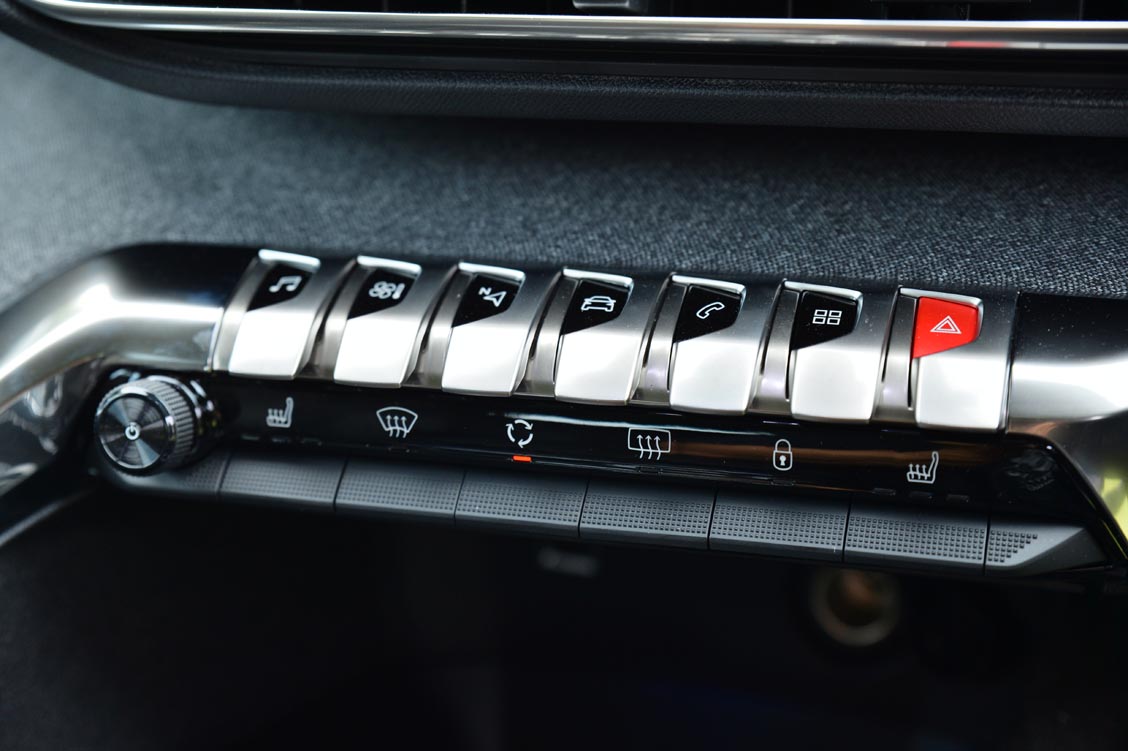 The button feel does feel premium. Steering response is good, and due to the size of the wheel, manages to make it feel more sedan-like albeit seated higher as opposed to a larger SUV. I think you’d know where we’re going from here. Overall driving can be engaging with Sport mode active, and with little body roll, the suspension isn’t too much of a pillow that it does soak up the unevenness with enough ply for it to be comfortable all round. 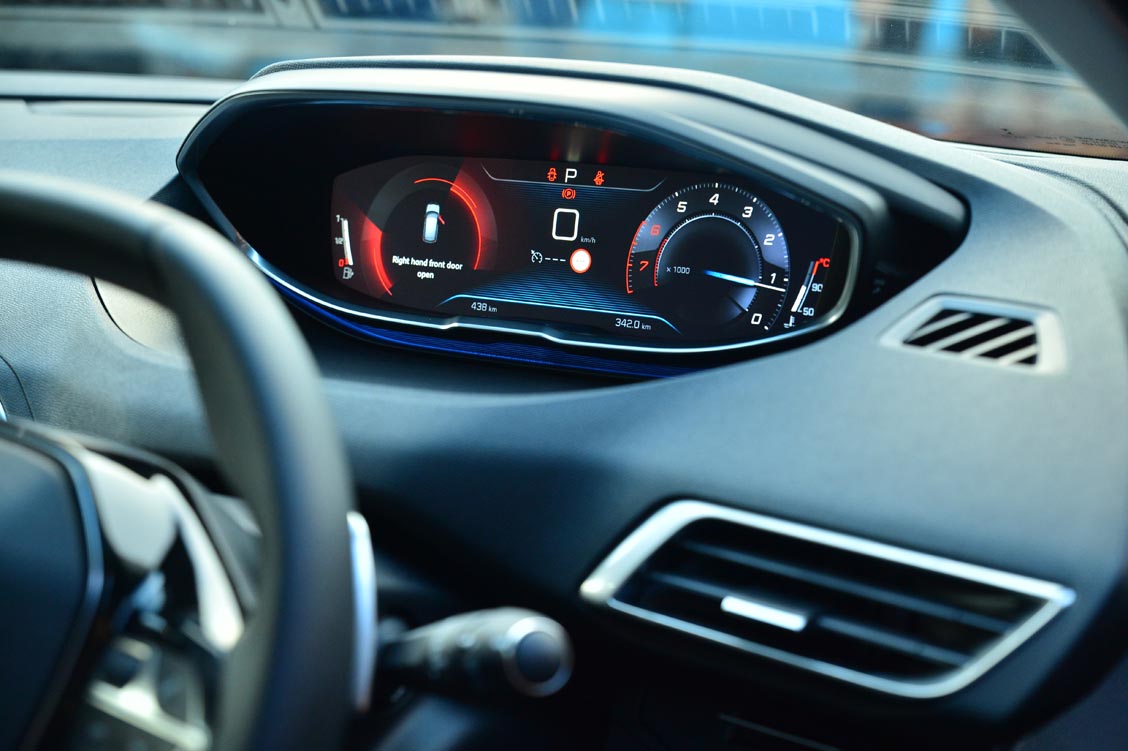 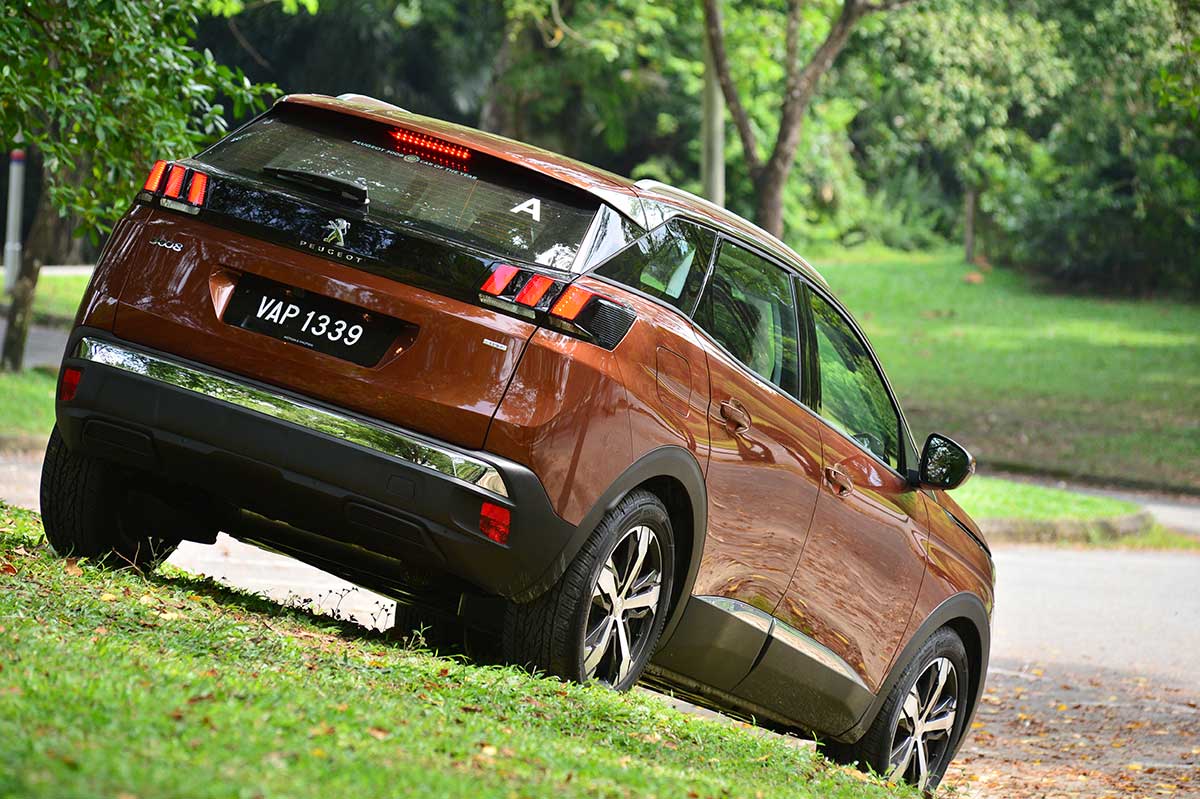 Thanks to the digital display, you’d get a nice touch of different designs in the form of Personal, Dials and Minimal to suit your style. While we weren’t in conditions to try out the different Advanced Grip Control modes, it is good to note that the system is still two-wheel drive, with the system using traction to regulate torque and braking for best grip. We did however test the Hill Assist Descent Control that controls the throttle while going downhill. 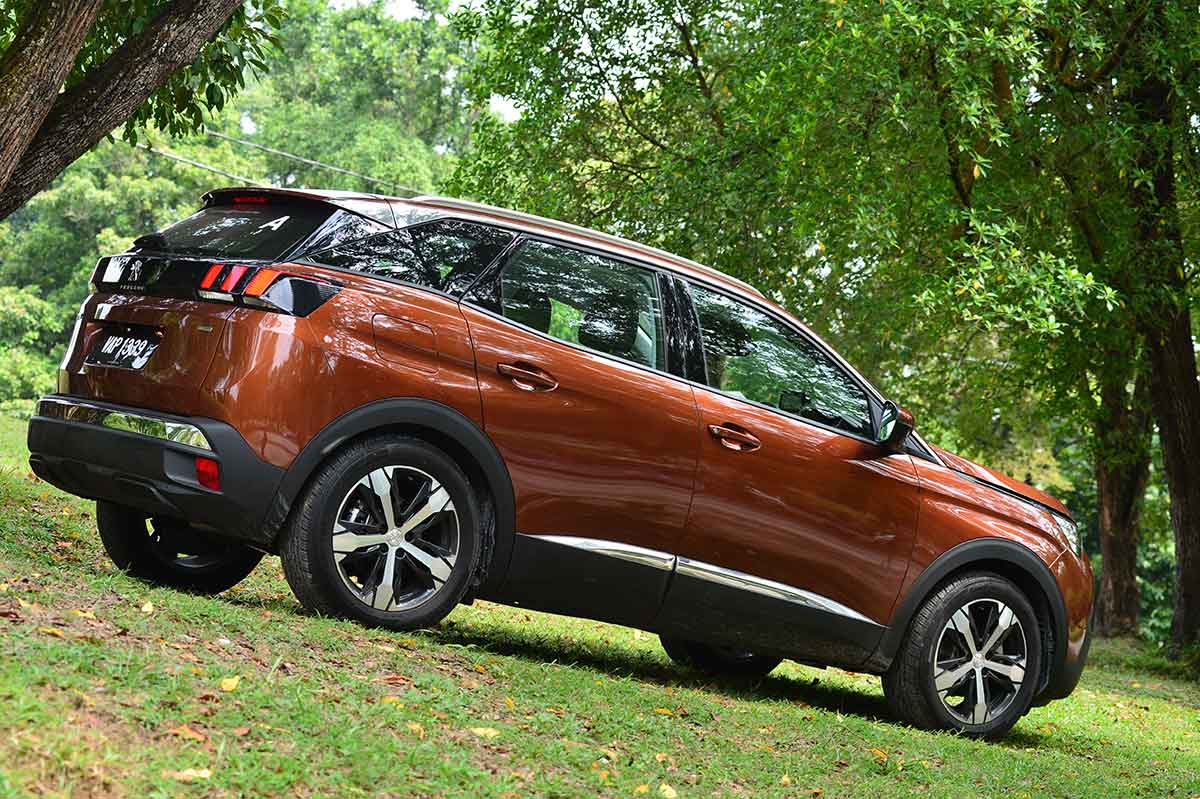 The 3008 is Peugeot’s latest and best we’ve driven yet. It drives admirably well for a compact SUV and we like the whole style, vibe and feature offering the brand is headed to. Safety is uncompromised with a full five-star Euro NCAP rating and considering it’s been awarded as the 2017 European Car of the Year, we can’t fault almost five dozen judges that have gone round with last year’s shortlist. Best yet, with the price of RM 155,888 for the Allure, there’s quite a good healthy competition in the market for SUV’s that provides consumers more options than just the usual few.

What do you do after getting into an accident? Keep calm and click here!

Sell your car through Carsome today! Our bidding connects you to over 600 dealers nationwide!