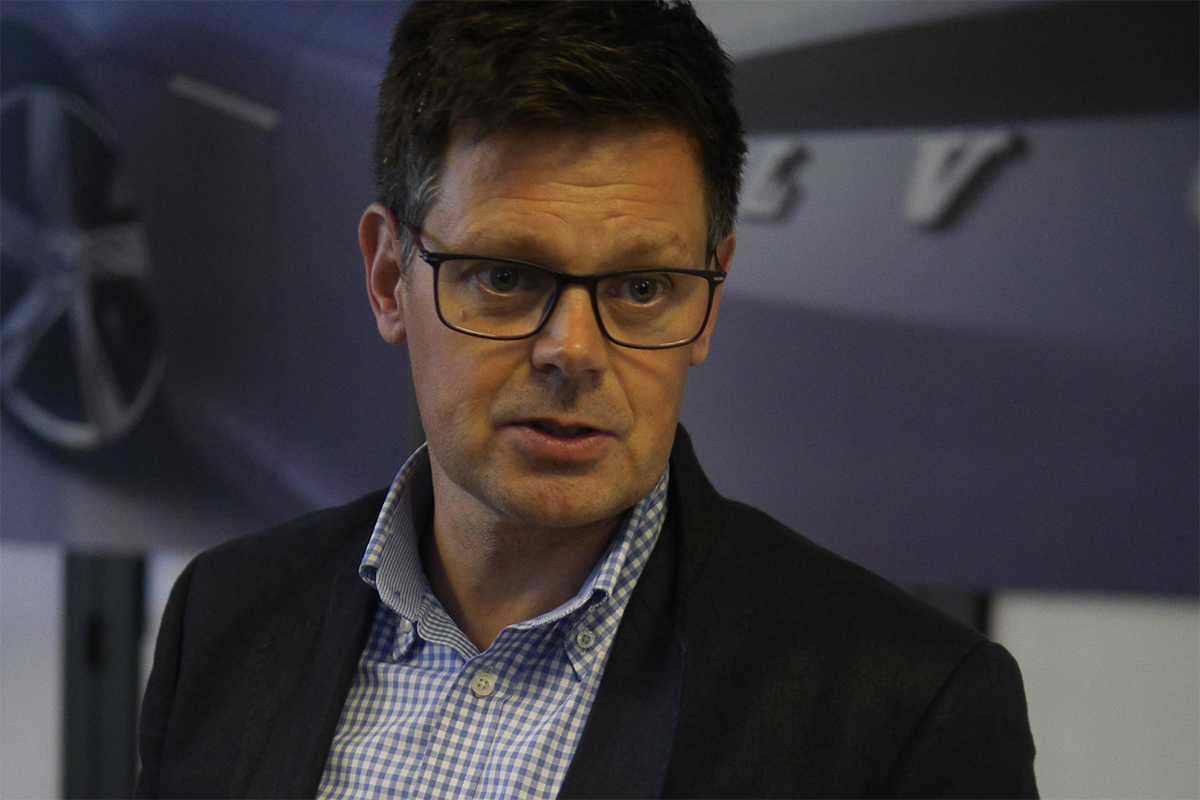 For many of us, growing up with Volvo’s in the 80s and 90s brought memories of robust vehicle’s with angular lines of the 200, 700 and 900 series. While many only remember Volvo’s as these boxy vehicles, the brand also introduced us to smooth lines 30 years prior, with the Amazon and the P1800. But the brand isn’t forgotten. Today Volvo in the new millennium has made a comeback to sexy curves seen in the S60, V40, XC60 and XC90, to praise and awe. And while some might see the brand’s current designs as a leap into the future, they do hold an evolutionary aspect with heritage to its Scandinavian roots. We speak to Jonathan Disley, Vice President of Design for Volvo Cars China on the design cues and attention to detail that goes into its vehicle’s today. 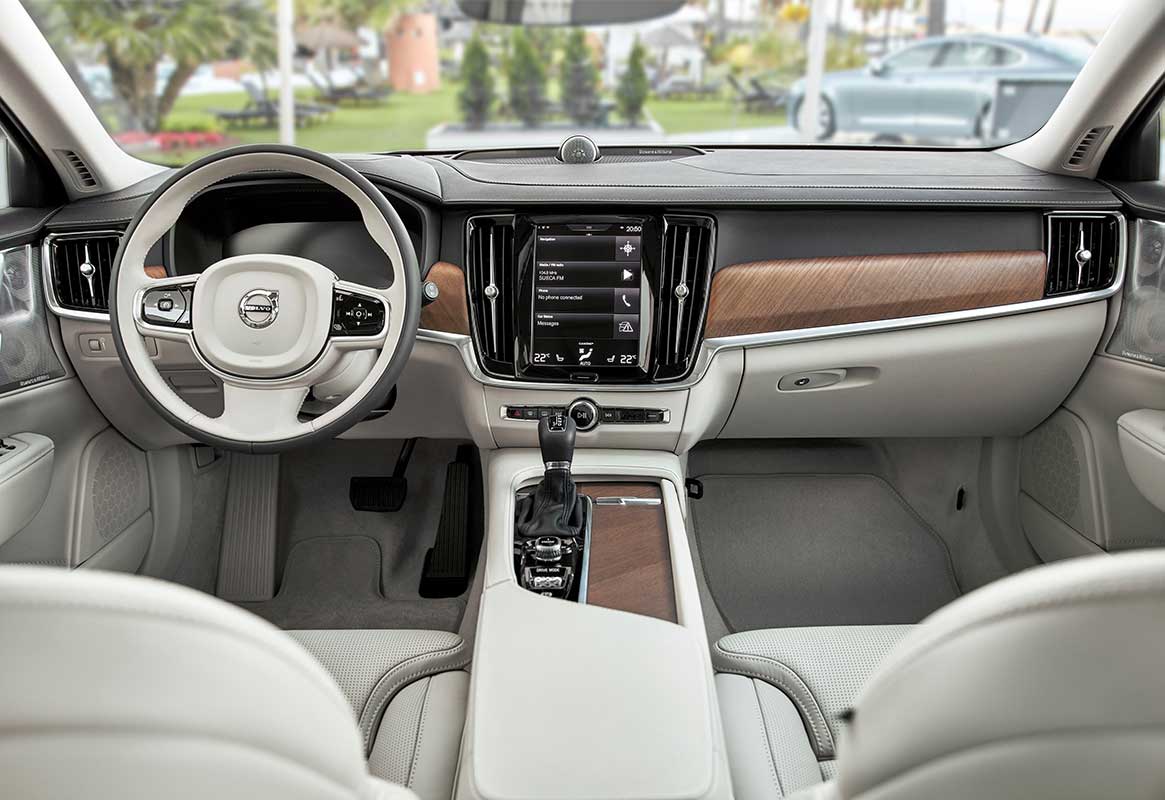 The interior of Volvo’s new S90 sedan and V90 estate.

JD: I think form following function is a very Scandinavian way of dealing with things designed in Sweden, Denmark and Norway. For example, some items like a wooden chair is made in a way that it doesn’t look forced. This is done so that it looks like it’s using its natural ability true to its materials. So for example wood, if you bent it more, it would looked forced. If you treated it in a different way, you can make it look incoherent. A lot of the things we do is about form following function. A lot of it is simplified back to its basic things. It’s a normal process for us and something we don’t think about but it comes naturally when we’re designing. 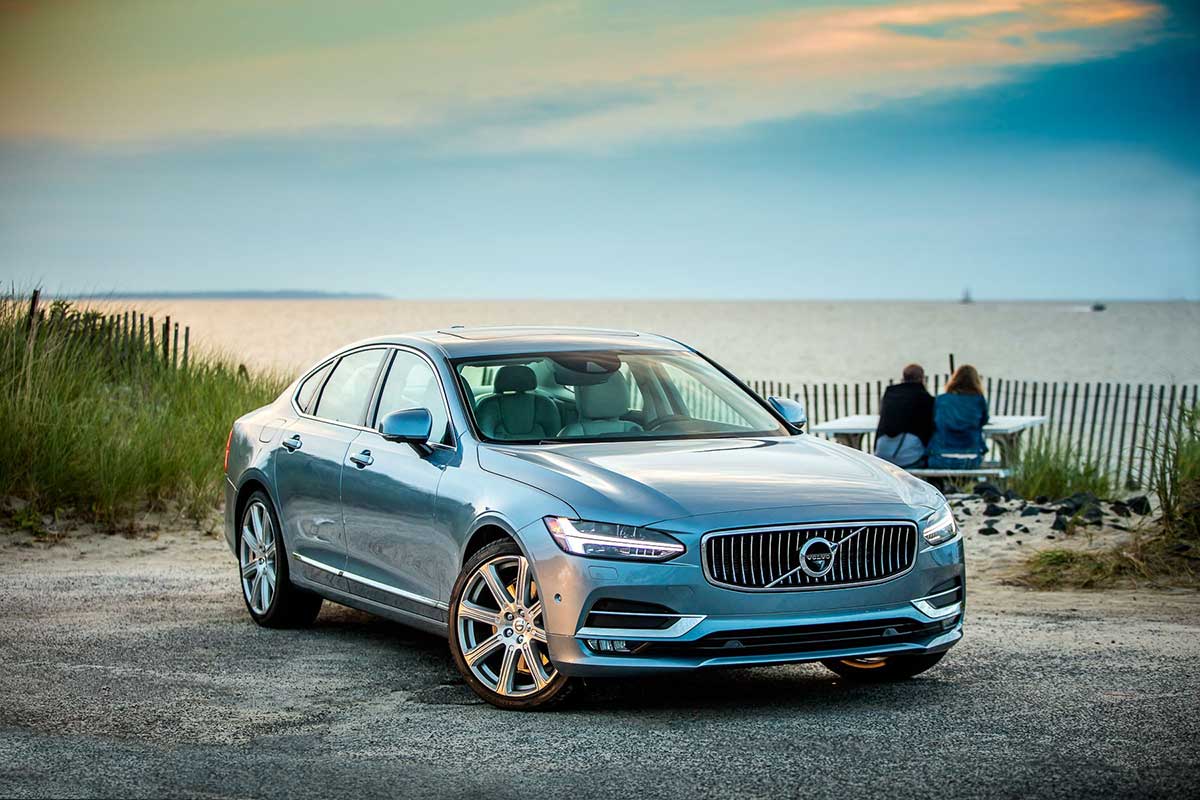 A couple of examples is when you look at the exterior of the S90, it is extremely beautiful because there is nothing forced on that exterior. The section of the body is the way it is, to allow the hinge points but also for all the pieces inside – the structure, the crash beams and more. But the curvature just allows it to look great. If you make a material too flat, it doesn’t look strong. If you make it look big, it looks too heavy. So the material itself has to look correct and have a balance. You can make a piece of material look really cheap or expensive by the way it is bent. Getting an understanding on what those curvatures are and its forms, is what ‘form follows function” mean. 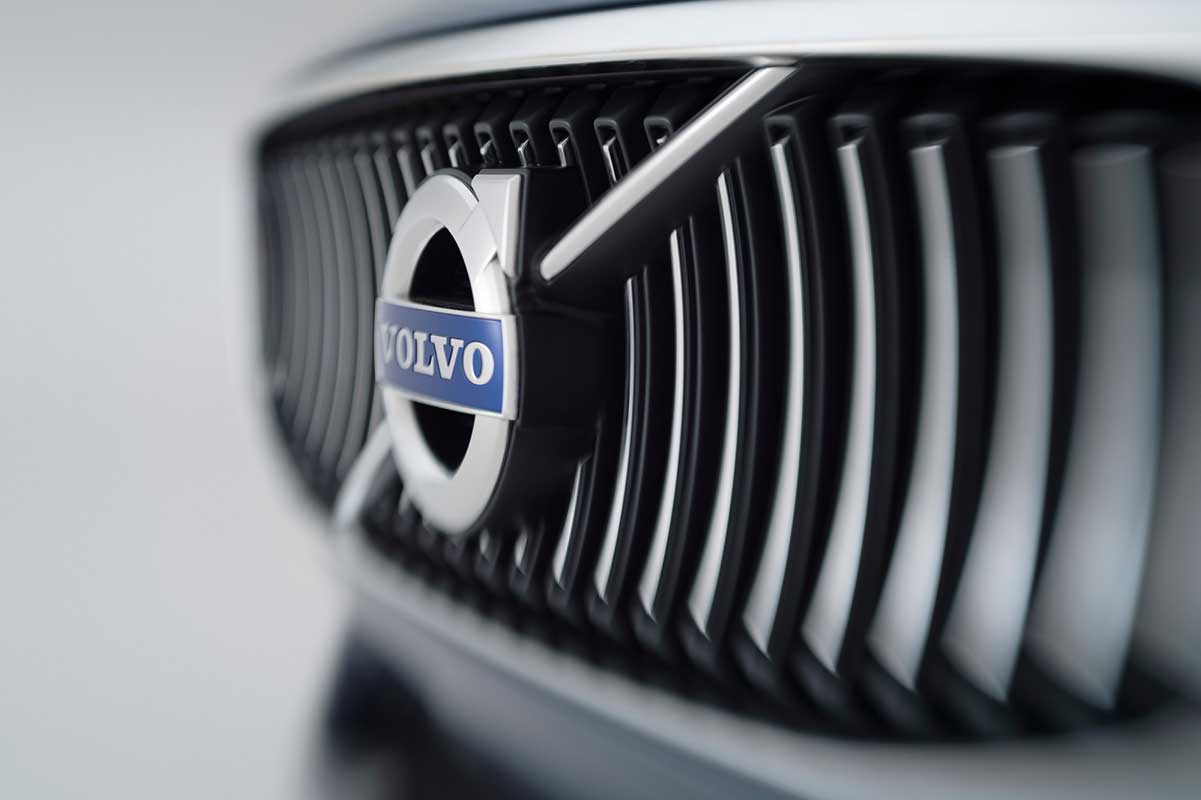 Seen here is the brand’s Concept Coupe grille, that although shapes the future, is inspired by the grille slits of the P1800. Both feature 23 grille slits, which is also seen in the new S90.

A lot of Volvo’s design follows the ethos of minimalistic Scandinavian design. Is minimalistic design difficult to achieve?

JD: It is extremely difficult to achieve. It has a lot to do with the way you use the materials that stays honest to its nature. I think a lot of the time, you can make things look simple, but if you don’t have the right materials, it becomes really cheap. In the past, you have a very simple design, but you need to have the correct finishing, colours, balance, surfaces to make it all work. If you take for example, a kitchen or home appliance that is high end, it is a very utilitarian piece that has to function. But to simplify it, you can only do it if you have high quality materials. If you don’t use those materials, it automatically becomes cheap looking. It’s the same with watches. Some smartwatches are cool high tech items, but in terms of touch and material, it doesn’t feel premium. The watch and the way it works is a unique piece of design, but it doesn’t compare with a well-made luxury timepiece. You need to make something look exclusive to be exclusive. Perception is everything I think. 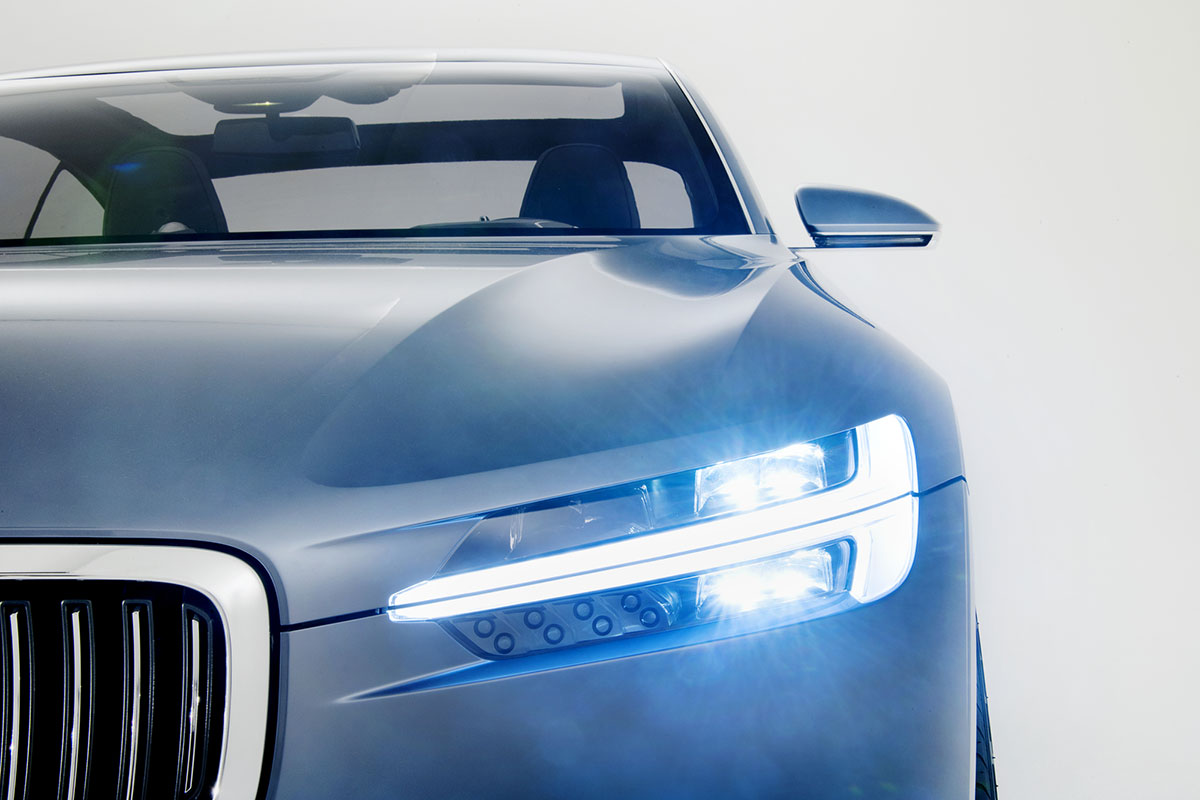 The Thor’s Hammer design seen in the Concept Coupe is now the signature of the brand’s line-up. It is named after the Scandinavian God of Light.

Would you be able to share the lengths you’ve gone as a designer on a part of a Volvo that people greatly take for granted? Parts which people don’t realise has gone through countless hours of work?

JD: Usually the bone of contention has been the infotainment system. Like I’ve mentioned before, it has been about where to place a button. If you do it right, it automatically feels like it’s always been there. But if you do it wrong, you can really have problems. With the S60 or S80 before, you had a row of buttons, and each of those buttons had to be a certain section and had to have a distance between buttons, of a certain volume and radii, pushing distance, and it goes on. Everybody wants to be at the middle section, because that is the least distance from your eyes to the road. A car is extremely complicated to do and design. And a car’s interior is a few thousand parts compared to the hundreds of parts in the exterior. Every single piece has to go together. The customer won’t ever think about the complexity that goes into every single car. 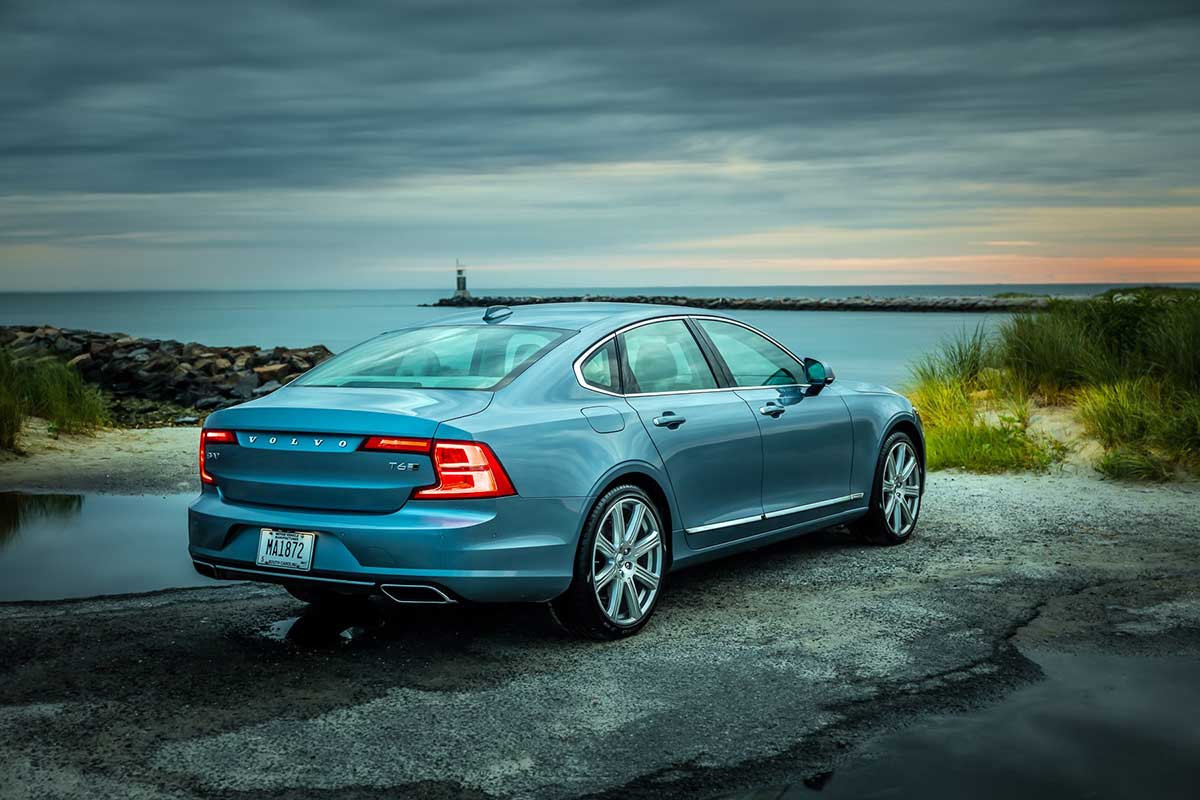 What designs have you taken inspiration from while growing up as a designer? Designers that you admire?

JD: Growing up as a designer, cars have always been an inspiration for me. Architecture is an amazing thing and Zaha Hadid was an amazing person who broke rules. But I think what’s happening nowadays is that there are so many creative students out there. That for me is amazing. The guys that are coming up and getting into design are certainly going to pave the way with whatever is coming up next. But the thing is, there are geniuses like Zaha Hadid, but in general, inspiration for me is taking something everyday from a different source. It’s so fast and continuous today, when compared to getting inspiration from person to person in the past. Thomas Ingenlath, our Senior VP of Design is an inspiration because he instinctively knows when something is right. We will at times disagree with each other but he has a good eye at finding the right balance. And I really respect that with his knowledge and taste as a designer. There are very few people I’ve met that has that. 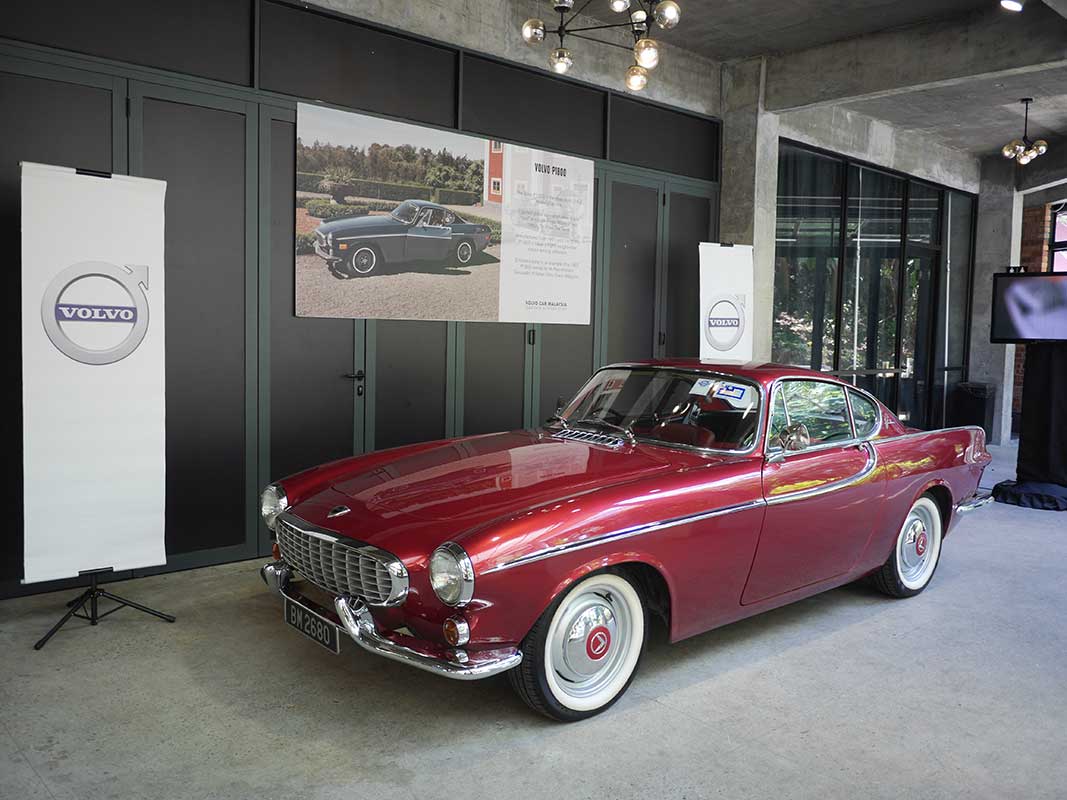 Having been at Volvo for 16 years, you’ve been able to see the evolution of the brand. Where does it go from now?

JD: I think the biggest evolution is the different owners Volvo’s had. When it was privately owned, Volvo was a bigger company than some automakers. But at the time, they didn’t develop fast enough. Volvo has had some amazing times in its history. With our current owners Geely, it is extremely good times because they trust us to deliver amazing products. We have the freedom to work on things that customers can benefit from. And with Geely, they have allowed us to lead the way. They’re really savvy and trust us to do the best we can do. The cars we’re doing and those you’ll see this year are incredible.