The New Mitsubishi XPander 2021 – Price in Malaysia, Specs and Reviews

There are many mid-size SUVs in the market today and it does not come as a surprise that these cars sell really well here in Malaysia because family always comes first and comfort while driving around with your family comes right after that.

But if you don’t want to spend a large amount of money to get a comfortable and practical SUV, we got the next best choice that is pretty affordable and delivers on those two criteria. The Mitsubishi XPANDER is the car to look out for as it has a bit more space and practicality of an SUV but at an affordable price.

Why the Mitsubishi XPANDER Is Perfect for You

Though we might not know when exactly will the Mitsubishi XPANDER be launched in Malaysia, just seeing it live in Mid Valley during its teaser preview on the 8th to the 13th of September was enough to make our heart skip a beat in excitement. 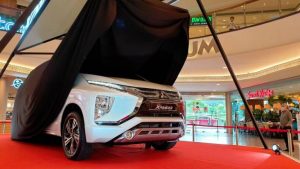 This car, being the very first car to be manufactured locally by the brand, is created to fight against the Honda BR-V, its worthy competitor. It was originally built and introduced in Indonesia back in 2018 and was supplied to various ASEAN countries like Thailand, Philippines, and Vietnam. It has also sold over 256, 000 models ever since which is not surprising as it is again, affordable, comfortable, and practical.

Some great aspects of this car that would make the public pick this rather than the versatile Honda include:

Size – The obvious first reason. Just looking at the Mitsubishi XPANDER, and you would be able to see that it is not only wider but is also longer and taller than the Honda BR-V. This generally bigger SUV converts into bigger interior space and its long wheelbase allows 7 people to sit in it comfortably.

This XPANDER is 4,475 mm long, 1,750 mm wide, and 1,730 mm tall and it is 205 mm above ground, which makes it elevated enough to handle potholes and bumpy roads. It also has a larger boot, and the back seats can be folded down to make more space.

Engine – Powering the Mitsubishi XPANDER is a 1.5-litre in-line 4 DOHC, 16-valve with MIVEC engine churning out a maximum power of 105 PS at 6000 rpm and a peak torque of 141 Nm at 4000 rpm. The engine has a good power delivery, which suits the SUV’s character. The refinement level is also good. For transmission, it is mated to a 4-speed automatic gearbox or a 5-speed manual that sends the power to the front wheels. Speaking about the fuel economy, the 1.5-litre unit returns an impressive mileage of 22.9 kmpl.

Exterior – Comparing it to its rival, the XPANDER will definitely win in a beauty contest. The front of the car looks like a baby Mitsubishi Triton thanks to the facelift that it would be receiving, giving Malaysians the latest updated vehicle. 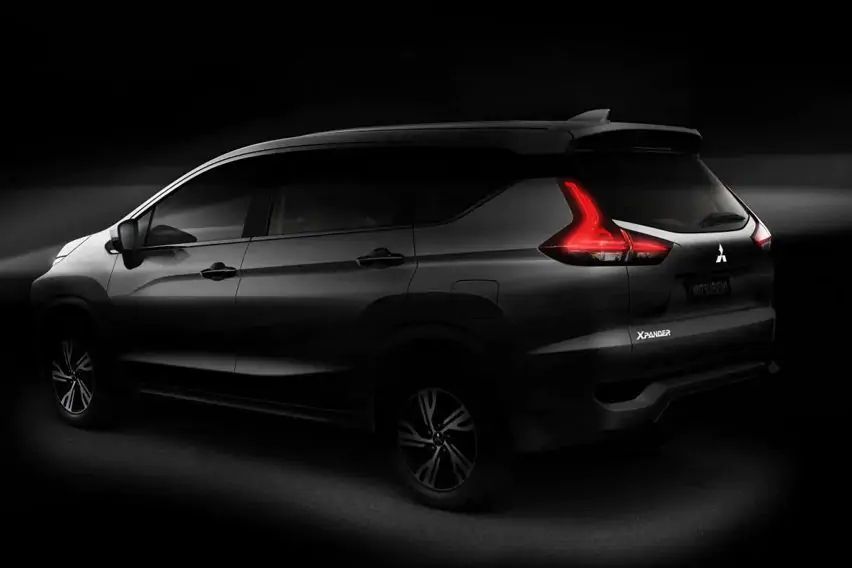 The sporty aura of this car can be seen from the Dynamic Shield front grille, sleek daytime running lights and the edgy front bumper. The bumper is also embedded with headlamps and this combined with the LED tail lamps gives the car a more futuristic look.

Technology – The Mitsubishi XPANDER is built with a large 7inch infotainment system with a touchscreen display that features USB, AUX, Bluetooth and MirrorLink connectivity. The new Malaysian model is also expected to have Android Auto and Apple CarPlay compatibility. The 6 speakers’ sound system with 2 tweeters gives you a chance to blast your music out loud without compromising on the quality. Other technologies that can be found include a 360-degree camera, GPS navigation system, push to start/stop button, and 12V power outlet in the center console.

Summing up, you cannot get a better SUV that is packed with all the above goodies than the Mitsubishi XPANDER. If you would like to be the first one to know when the car will be officially sold in Malaysia, you can fill up a form on the Mitsubishi website with your contact details. Till then, do check out all our other great used SUVs on Carsome. You can also sell off your current car to make space for the new XPANDER to Carsome as well. Do check out the website to know more.