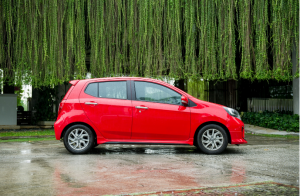 Ever since the Kancil was launched in 1994, they have cemented itself as the choice when it comes to low-cost automotive, not just in terms of the purchase price but also maintenance and fuel consumption.

After all, some people need a car merely just to take them from Point A to Point B in the most efficient manner possible.

Perodua has also popularised the super-compact segment among Malaysians, enabling thousands of them to squeeze into the tiniest parking spaces they could lay their eyes on. (Not to mention giving false hope to others who thought that they have found a free spot.)

In all seriousness, Perodua seems to continue going strong despite the current economic climate that we are in.

The top guns in Perodua, however, did lower their year-end target since it was greatly affected from March to May during the Movement Control Order (MCO). They are expecting to sell about 210,000 cars by end-of-year, about 15% lesser than the original aim of 240,000 units.

The upcoming most exciting news about Perodua is the launch of MyVi 2020, which has recently been equipped with the latest Advanced Safety Assist (ASA) 2.0 driver suite.

With more upgrades and improvements to their models, while keeping the price range affordable, Perodua’s position as the top auto brand in Malaysia isn’t gonna be challenged any time soon.

Are you looking to get a Perodua for your next car? If so, which model would you choose?

If you’re looking for your dream car, start your search now at CarSome!