This year may have been crazy so far but that won’t kill any car enthusiast’s spirit! Here’s a look at some of the most anticipated Malaysian car launches for 2020. 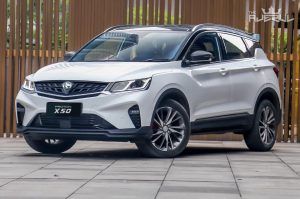 The Proton X50 is easily the most anticipated model of 2020. It’s been a really long wait ever since Proton teased its release this year—and this Independence Day, Proton showed off its fleet of cars in a Merdeka greeting video.

That aside, it’s expected to be a more compact and affordable SUV that’s based on the Geely Binyue (which is 1.5-litre turbocharged with a 7-speed wet dual-clutch transmission, and produces 177ps and 255Nm of torque).

Rumour also has it that it will be priced below RM100,000. Like the X70, the X50 could have premium features such as Adaptive Cruise Control, Lane Departure Warning, Autonomous Emergency Braking and Blind Spot Information System. 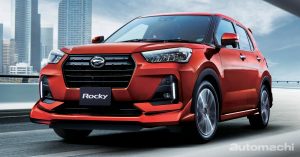 Perodua is also set to release the Perodua SUV D55L this year, this SUV is based on the Daihatsu Rocky, which has a new Daihatsu New Global Architecture (DNGA) and a 1.0-litre turbocharged 3-cylinder engine and a CVT-type automatic—in other words, bigger and better.

Other than that, it also features a 2525mm wheelbase and 369-litre luggage capacity. It is likely that the SUV will be sold with the familiar 1.5-litre powertrain seen in the current Perodua Myvi. 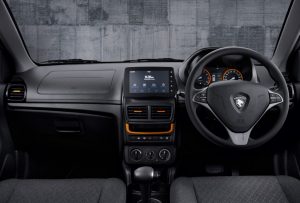 Proton revealed this Saga Anniversary version on the 35th birthday of the iconic Proton Saga. This 1.3-litre Premium AT variant is priced at RM39,300 and it comes in black with accents of yellow. The yellow is found on its external wing mirrors, front upper grille garnish, and rear bumper garnish. The sporty wheels also stand out from the other editions. There are no major changes in this mode other than its refined touches.

We’re proudly wearing our Malaysian pride on our sleeves with these Malaysian cars on the line-up, let us know which model you’re most amped for!

Your next dream car could be found at CarSome – The New Way of Buying Cars.