Get Some Wind In Your Hair With BMW’s i8 Roadster 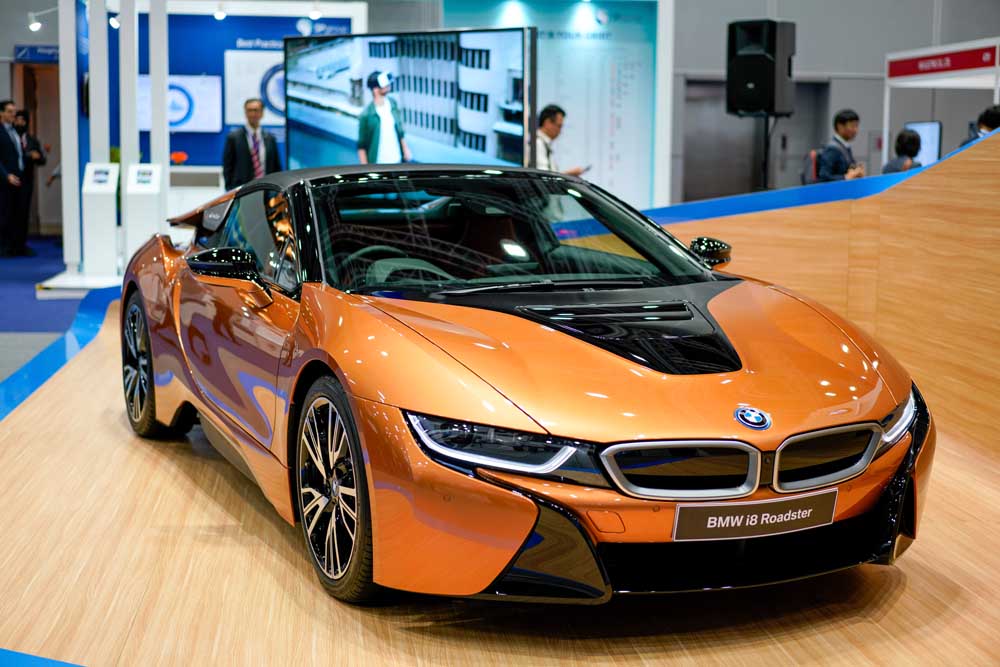 BMW Malaysia has launched the first-ever i8 Roadster at the Conference of the Electric Power Supply Industry (CEPSI) 2018. Following from the i8 Coupé LCI launch last month, the Roadster brings the i design language of BMW's sports car into a convertible form. 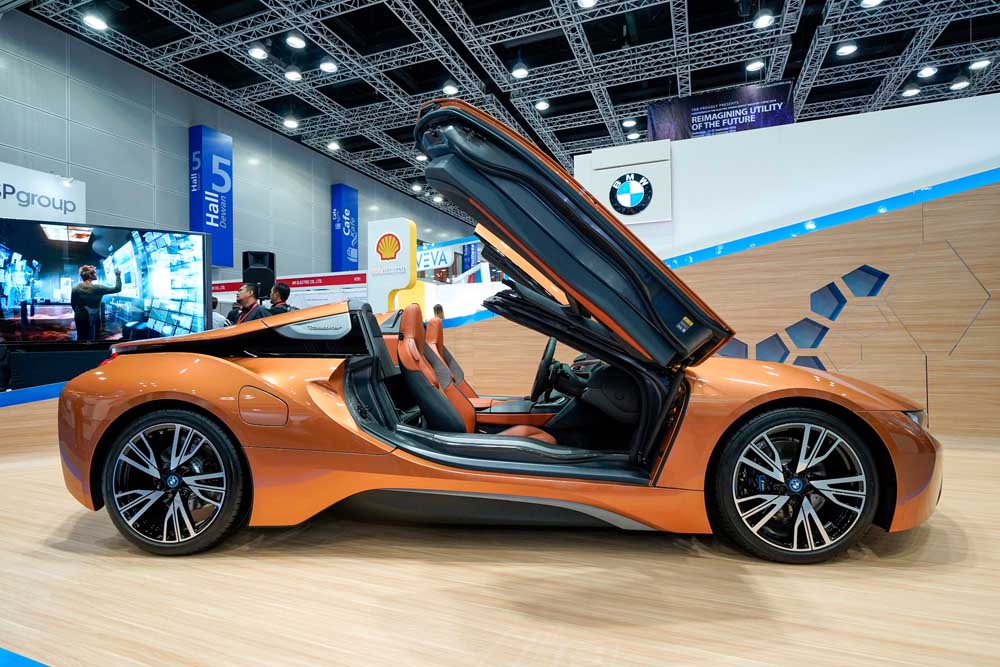 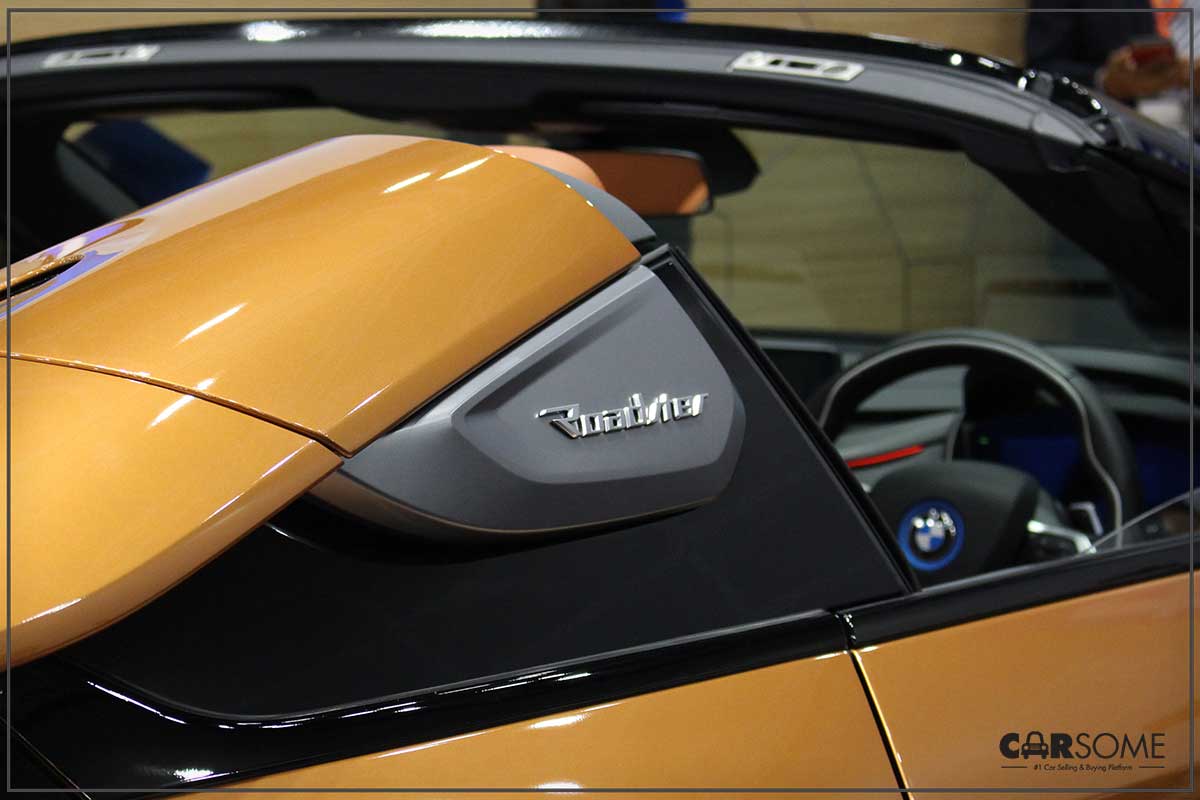 The LifeDrive vehicle architecture is similar to the i8 Coupé that offers a horizontally split structure that comprises an aluminium chassis and carbon-fibre-reinforced polymer (CFRP) passenger cell. The engineering allows the optimal positioning of the necessary drive components to ensure the best possible handling, and weight advantage with the carbon passenger cell.

Thanks to the new Roadster shape, the i8 takes a form that is unique and both in its true sports car nature. The convertible soft-top roof folds into a compact package that is stowed away in a perpendicular position, creating around 100-litres of additional storage behind the seats. Application takes just 15-seconds both up and down, and can be done up to 50 km/h. With the roof down, the rear window raises by 30 mm to serve as a wind deflector for the occupants. 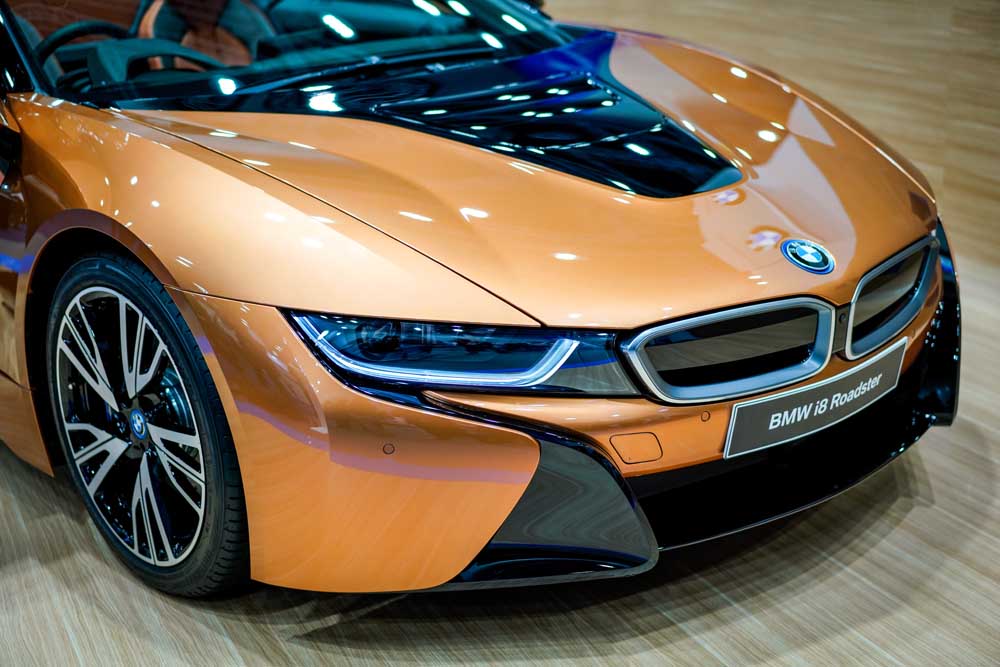 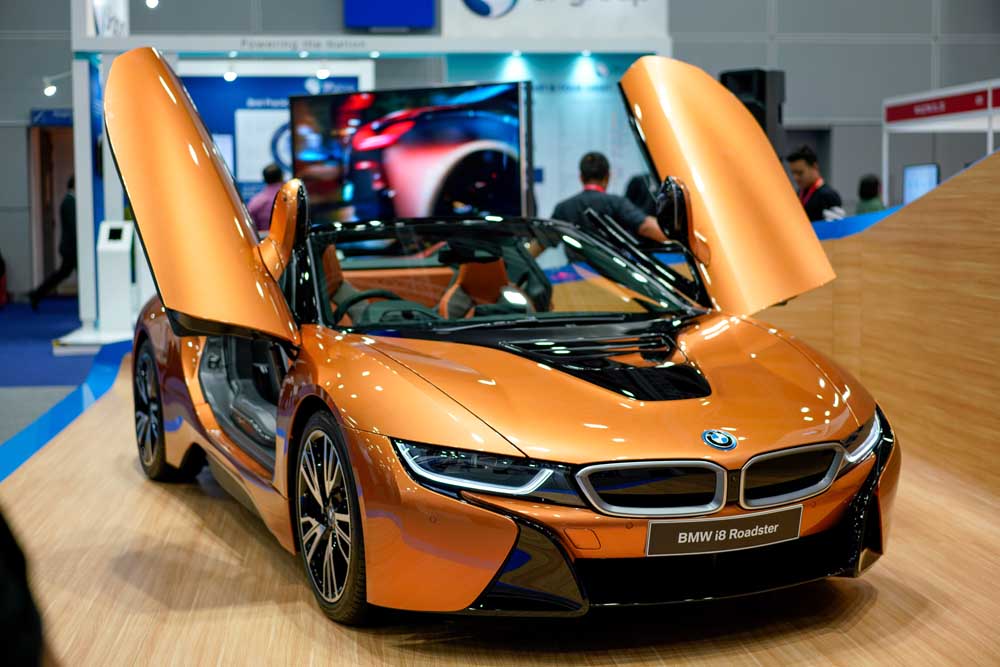 Unlike the coupé's 2+2 seating layout, the roadster is a two-seater with newly designed frameless gullwing doors made from CFRP with an aluminium outer shell, while the windscreen frame is made entirely from CFRP. The rigidity is exceptional here, one that maximises the occupant protection even from a roll over. Thanks to materials, the i8 Roadster only weighs 1,595 kg unladen, a rather low figure for a convertible. 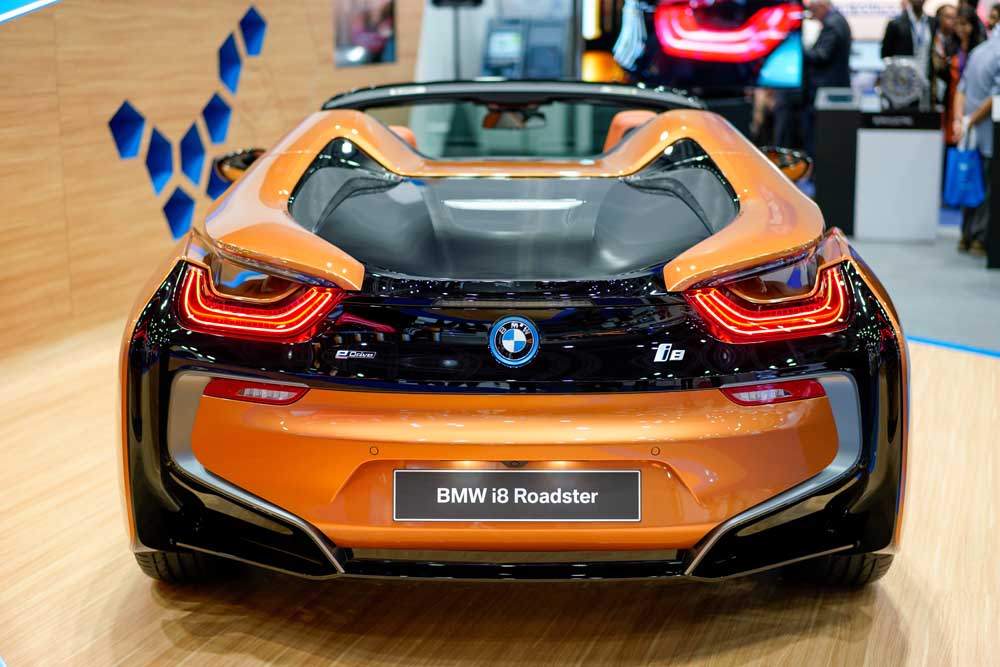 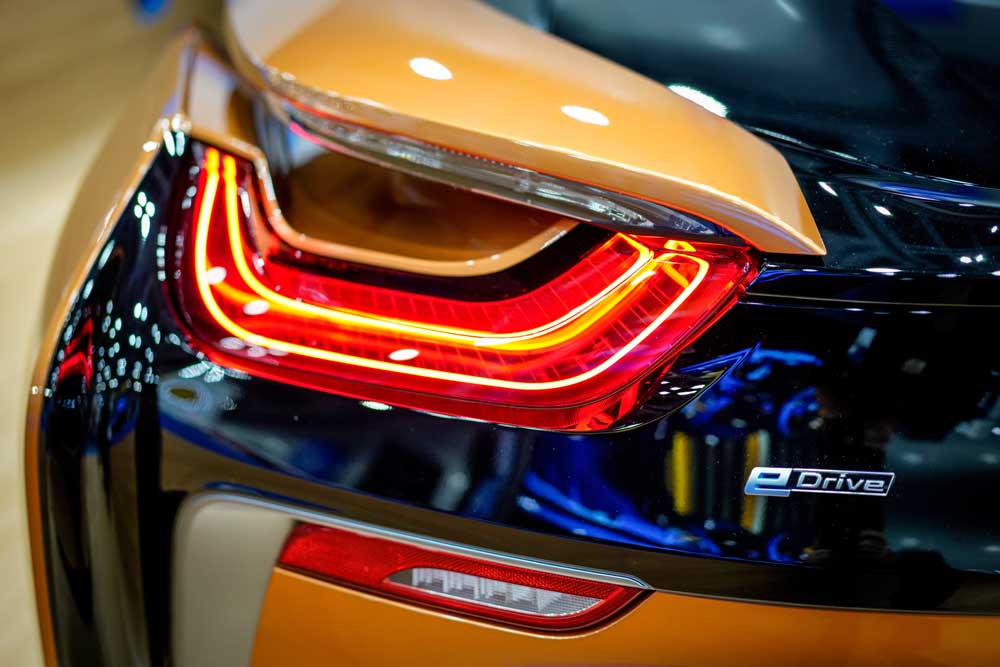 The drive similar to the i8 Coupé is driven by electric motor on the front, and the combustion engine to the rear. The hybrid all-wheel-drive system is one that is controlled by the vehicle's intelligent energy management. A mix of energy recuperation or boost from the drivetrain is one that is acclaimed – having won its fourth consecutive win for the International Engine of the Year Award since 2015. 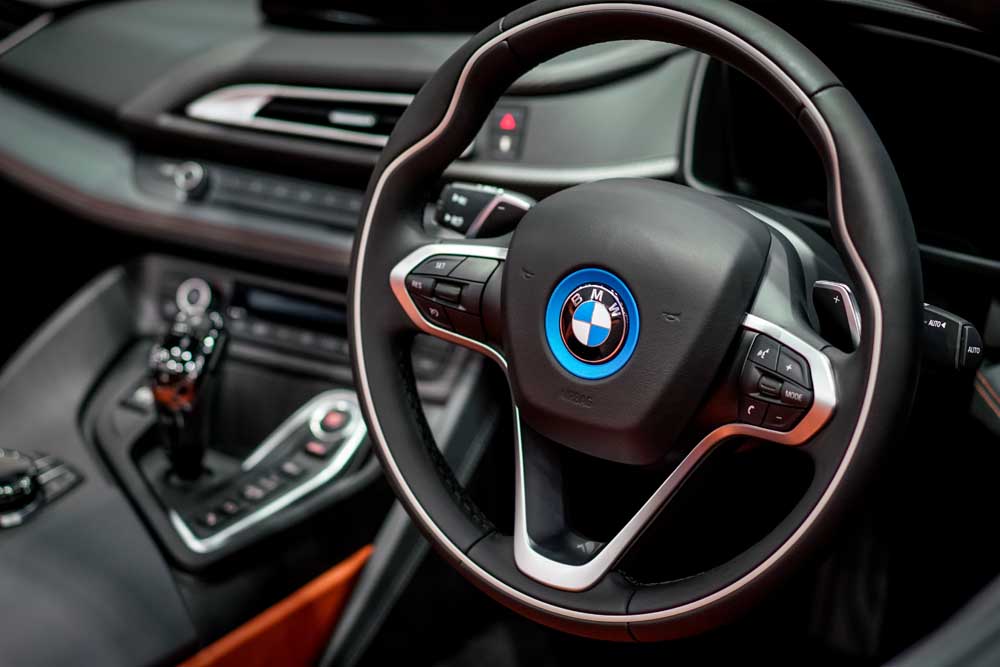 As intelligent energy management is part of the i8's forte, when the navigation system's route guidance is activated, the electric motor will be used as extensively as possible for efficiency. The system analyses the route and sets the powertrain management to run on pure electric power during low speed sections of the journey. 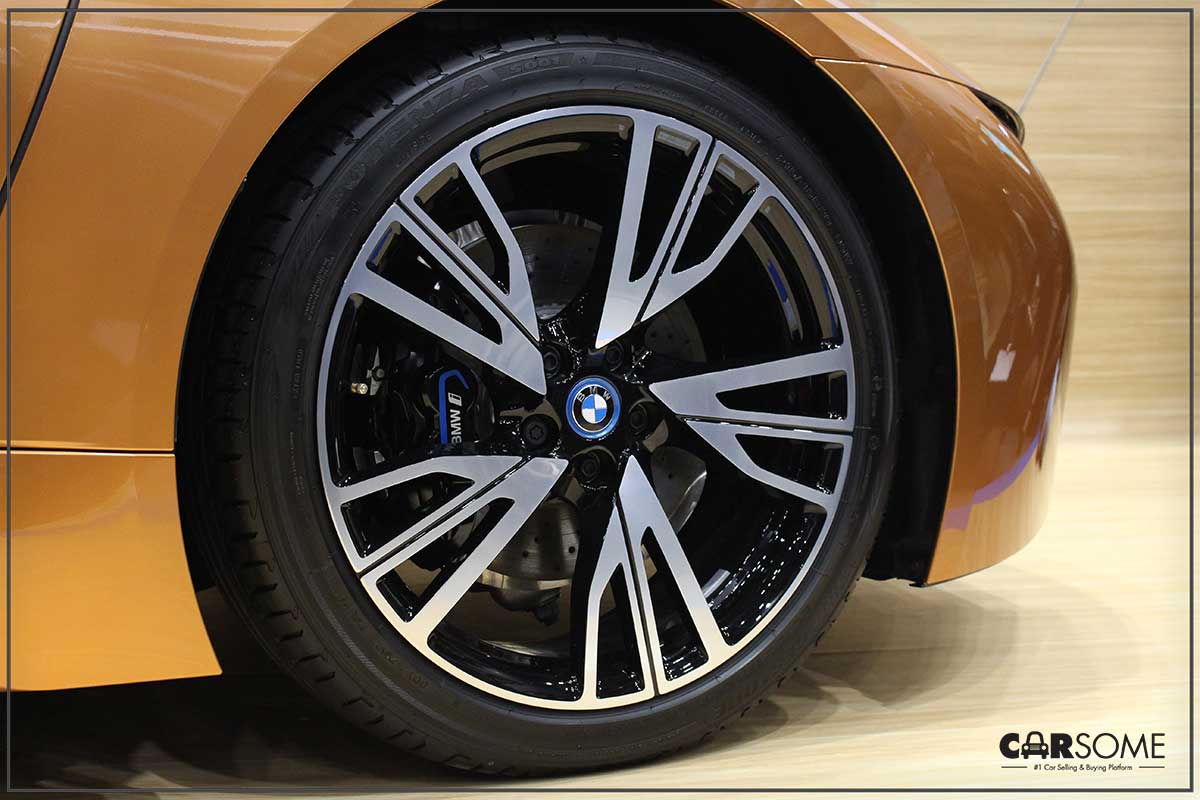 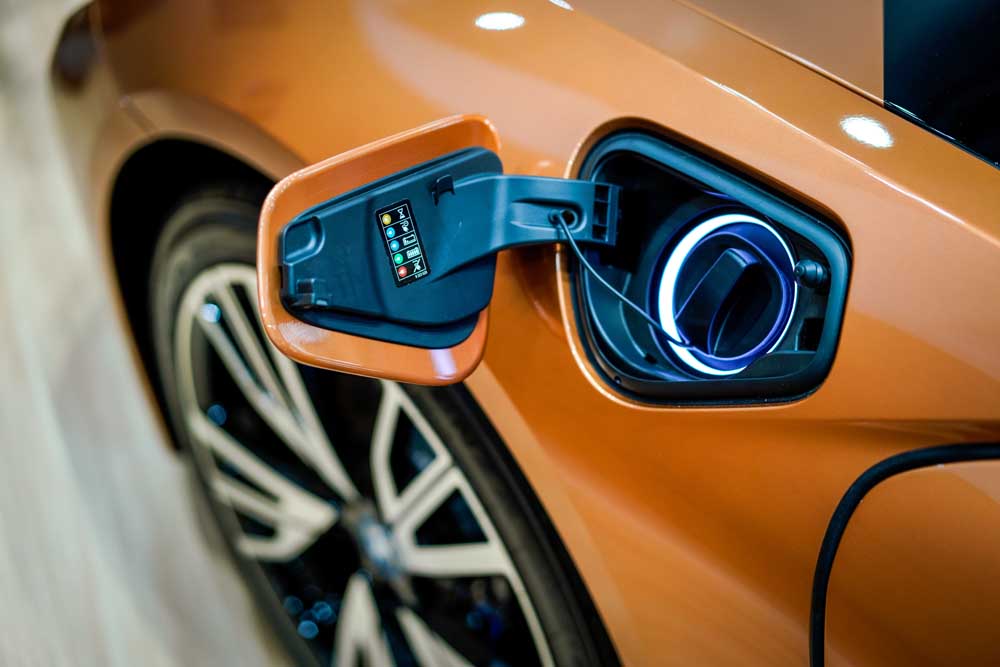 In terms of power, the i8 Roadster's 1.5-litre three-cylinder engine outputs 231 hp with a torque of 320 Nm. Paired with the electric motor, the combined power figures is 374 hp, enabling the Roadster to accelerate from a standstill to 100 km/h in just 4.6-seconds. Combined fuel consumption is at a phenomenal 2.0-litre per 100 km and 14.5 kWh of electrical energy per 100 km. A particulate filter is also now fitted to further reduce emissions by absorbing the particulate matter contained in the exhaust gasses. CO2 emissions are 46 gm per km. 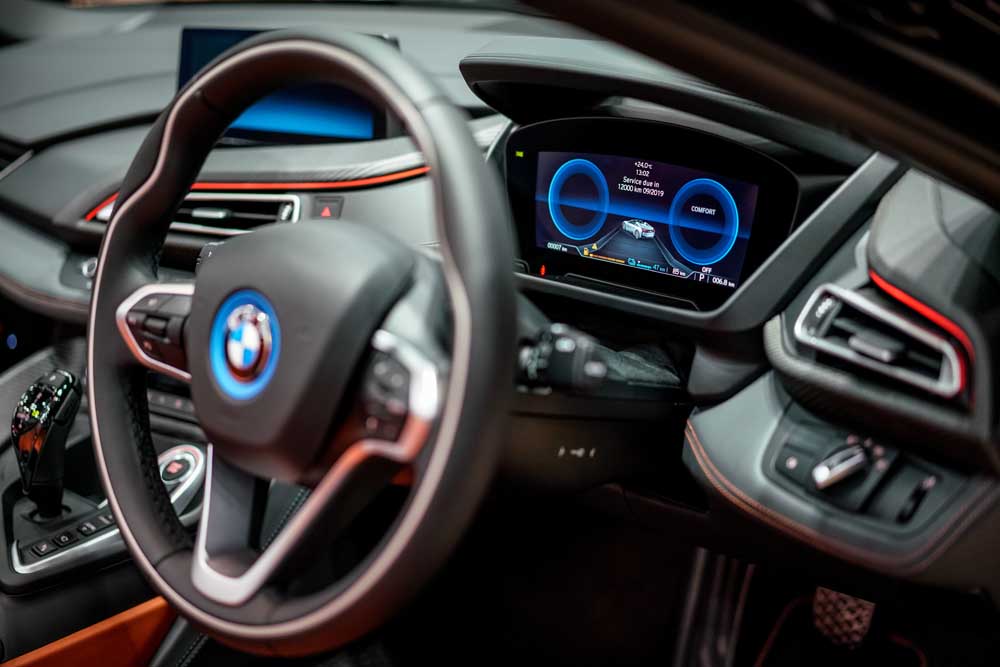 Just like the recently launched LCI Coupé, the lithium-ion battery unit is located in the car's underbody and has been increased in capacity from 20 Ah to 33 Ah. Peak output is now 143 hp in that respect. Electric range has been increased to 53 km on exclusive electric power alone. 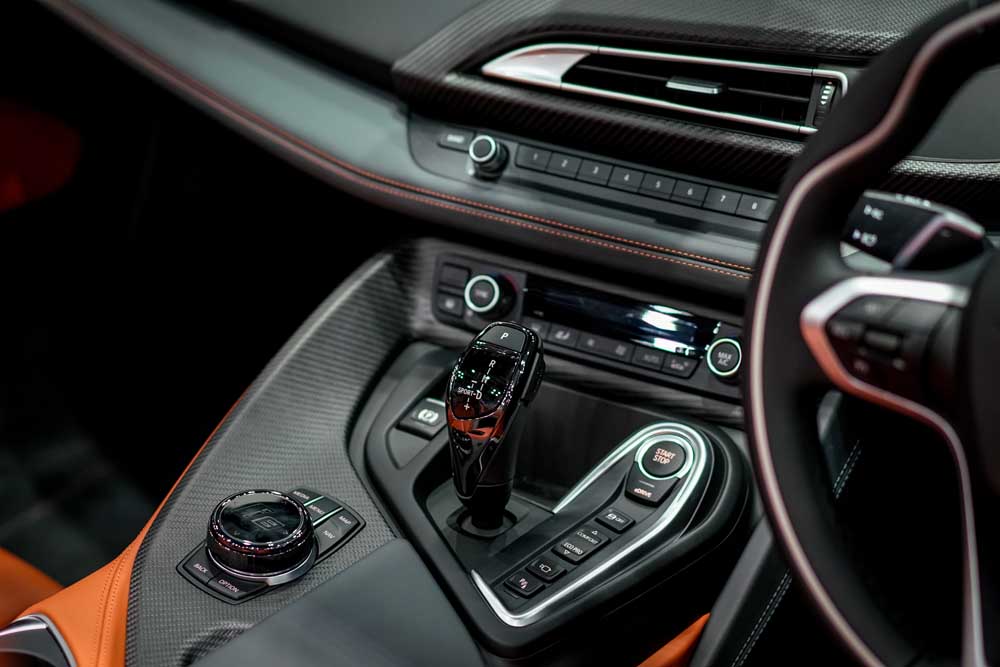 Inside, the commanding view of the driver is aided by the Head-up Display that includes revs, gears and shift lights when performing manual shifts in Sport mode. The 12-degree angle of the instrument panel also allows the driver to access all controls and display elements within reach and visibility. 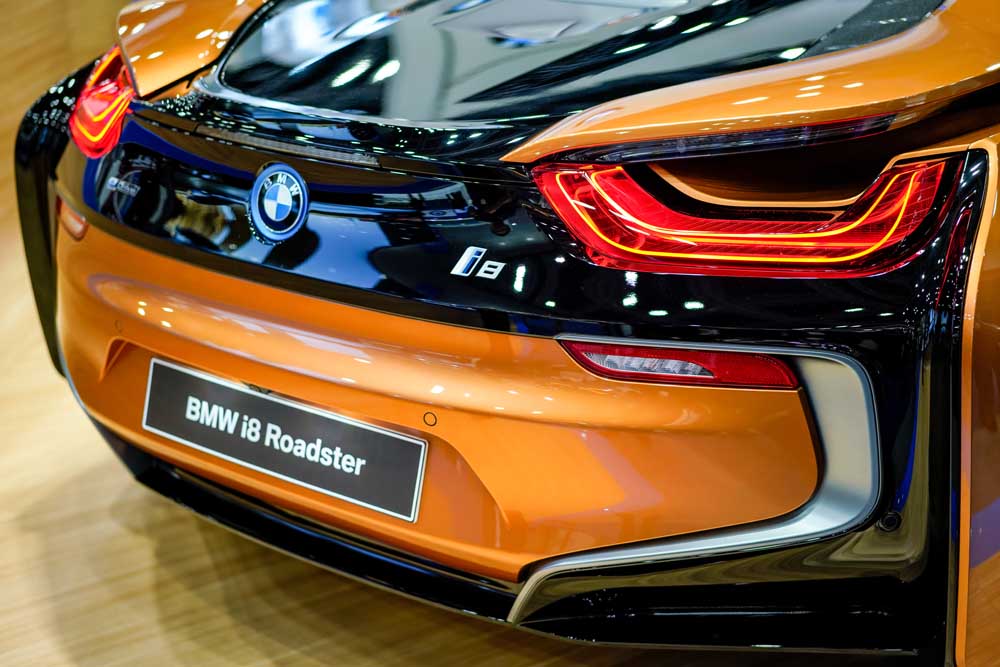 The BMW i8 Roadster will only be in the signature E-Copper exterior colour with Accaro interior design and is priced at RM 1,508,800 on-the-road without insurance. 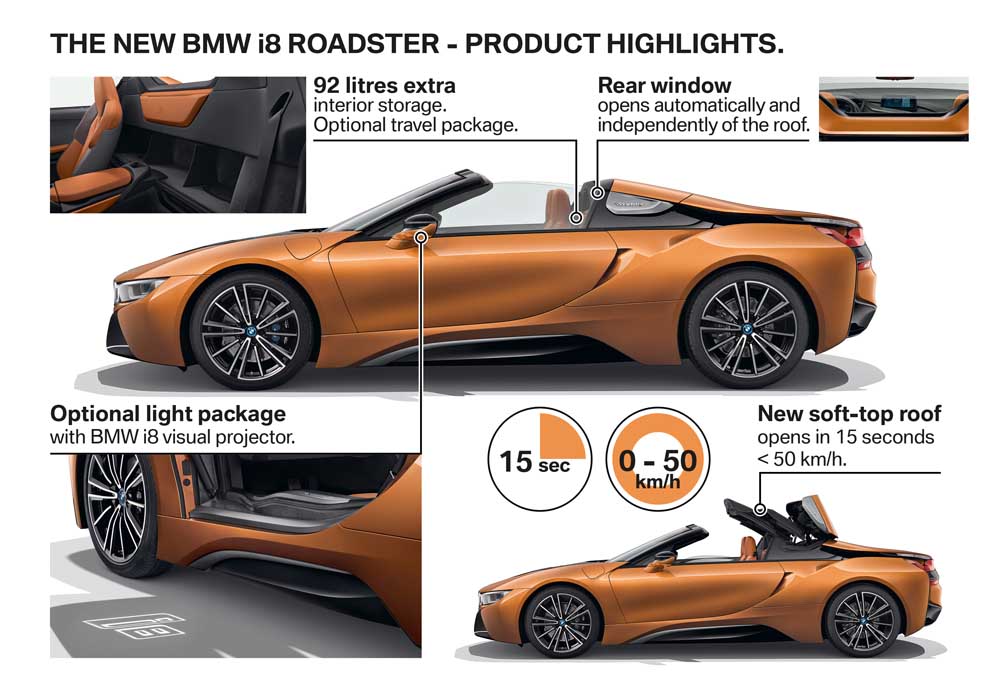 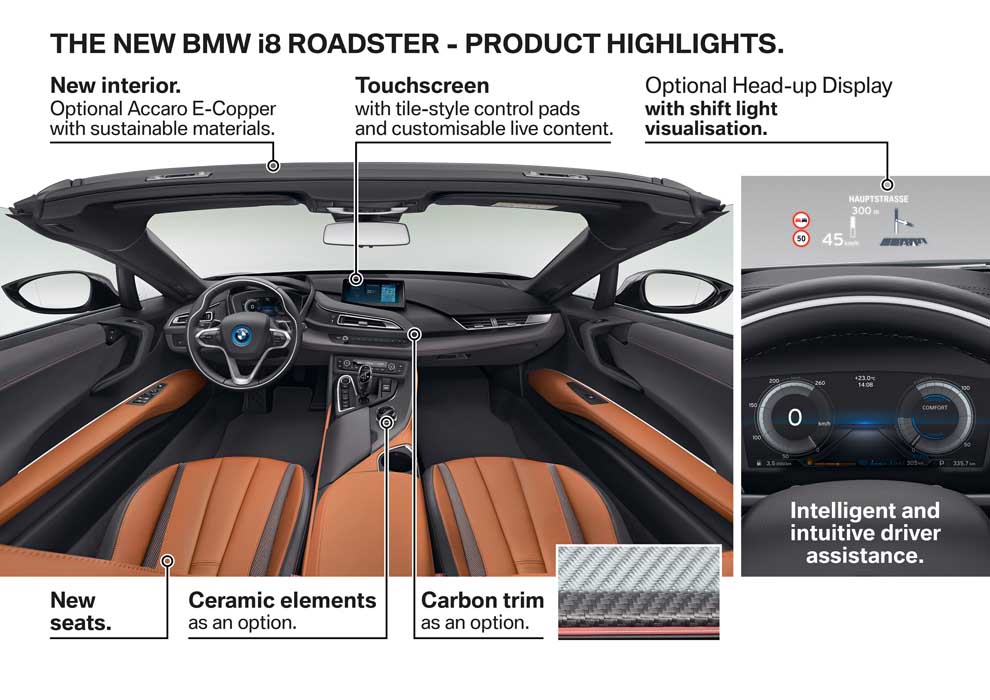 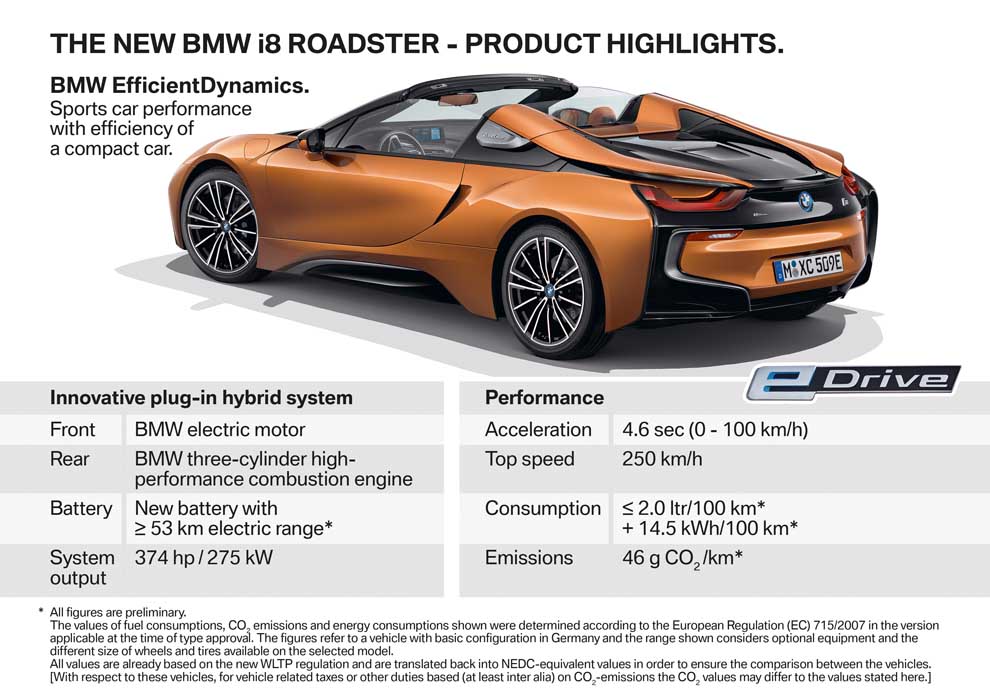 Click here to read more about BMW's i8 Coupé that was recently launched!

Sell your car through Carsome! Our bidding platform connects you to over 900 dealers nationwide!