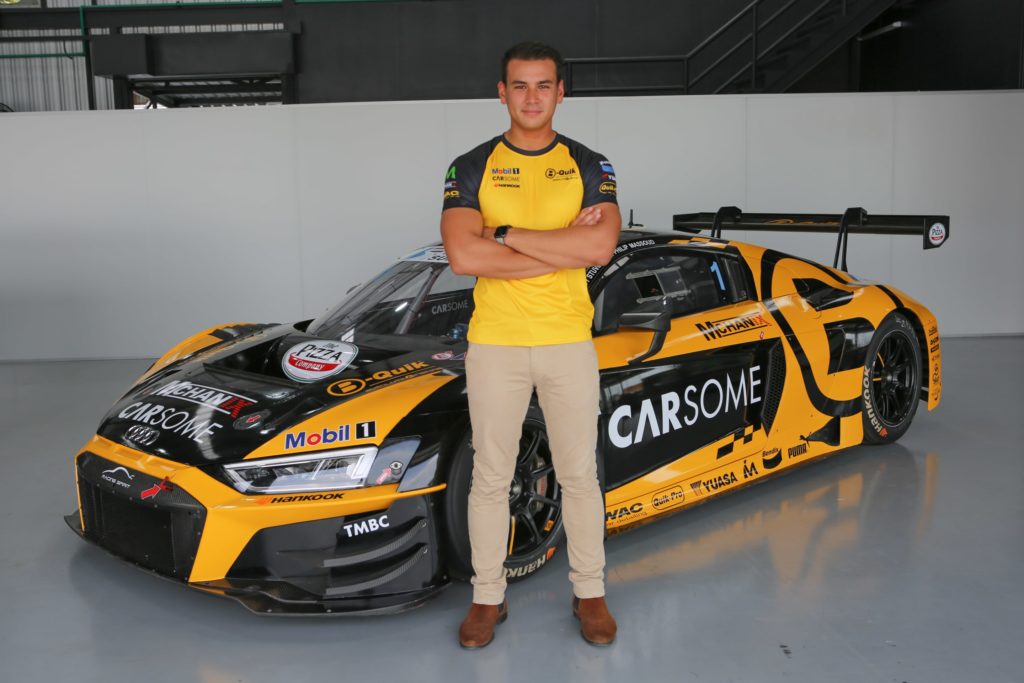 The company is now a proud sponsor of the B-Quik Absolute Racing Team Car #1, the Audi R8 LMS Evolution driven by Sandy Stuvik in the 2021 Thailand Super Series. Stuvik, the first Thai driver to win a Formula 3 Championship, and the reigning double champion of the Thailand Super Series GT3 Class, will also become Carsome’s partner in the Thai market.

According to Carsome Co-founder and Group CEO Eric Cheng, the company is evolving from just elevating and enhancing used car buying and selling experience to also building avenues that enhance Carsome’s brand messaging. It now wants to bring together a community that understands and shares the same ethos of solving industry pain points through technology.

“This partnership is a teaming up of champions to scale greater heights. As a leader in our industry, we want to work with similar-minded partners like B-Quik Absolute Racing Team and Sandy, both champions in their respective leagues, to expand our footprint as well as bring greater joy and value to people who matter to us. For Carsome, we pledge to bring cutting edge data applications and technologies to enrich and move people forward in the new norm through holistic mobility solutions,” said Cheng

Carsome’s larger ambition is to be a part of local communities in countries where it operates, and one of the best ways to achieve this is through sports. Motorsports is the most natural gateway for Carsome, given the industry it is in, whereas the most fitting motorsports event in the region is none other than the Thailand Super Series. “We are proud to stand by Thai people and celebrate local sporting events that bring people together. Our involvement in the Thailand Super Series is the first of several more to come in the region,” added Cheng.

“We are excited to welcome a young and dynamic brand like Carsome as a new partner to the B-Quik Absolute Racing Team. They clearly share core values with the team and our other partners, like growing, improving, winning and simply a desire for being the best. We look forward to developing that relationship and exploring new avenues of collaboration between B-Quik, Carsome and all our other partners,” said CEO of B-Quik Group and Team Owner, Henk Kiks.

Carsome also received numerous awards and accolades in the first three months of the year, namely the EY Emerging Entrepreneur of the Year, SME & Entrepreneurs Business Award’s Technopreneur of the Year, Wild Digital’s BOOM21 Disruptors, and is the only Malaysian company ranked in the Top 50 of the Nikkei-FT-Statista High-Growth Companies Asia-Pacific 2021 list.

On the financial front, the company recorded solid growth, transacting an annualized 100,000 cars totalling more than US$700 million in transacted value. This increases Carsome’s penetration rate of the Southeast Asian used car market to almost 2 percent, up from the previous 1.0-1.5 percent. “We are very encouraged by our growth. With greater ambition, we are on track to surpass the US$1 billion revenue mark by the end of 2021,” Cheng added.