Nobody really cares how a car’s air-conditioning system functions… until it doesn’t. Cue chaos and pandemonium if we ever have to endure a day without it in the scorching and humid tropical weather here.

Sweltering, sweaty and oftentimes searing, the air-conditioning system in the car could very well be described as an essential, depending on who you ask. Let’s just say it’s more of a necessity than a luxury. Furthermore, the system also filters the air circulating in the cabin, ensuring it remains clean and healthy for the occupants.

To nobody’ surprise, your car’s air-conditioning system is quite a complex combination of components. While it’s best left to the experts, learning a little about it might help troubleshoot if it doesn’t flow cool air anymore or isn’t functioning as optimally as before. 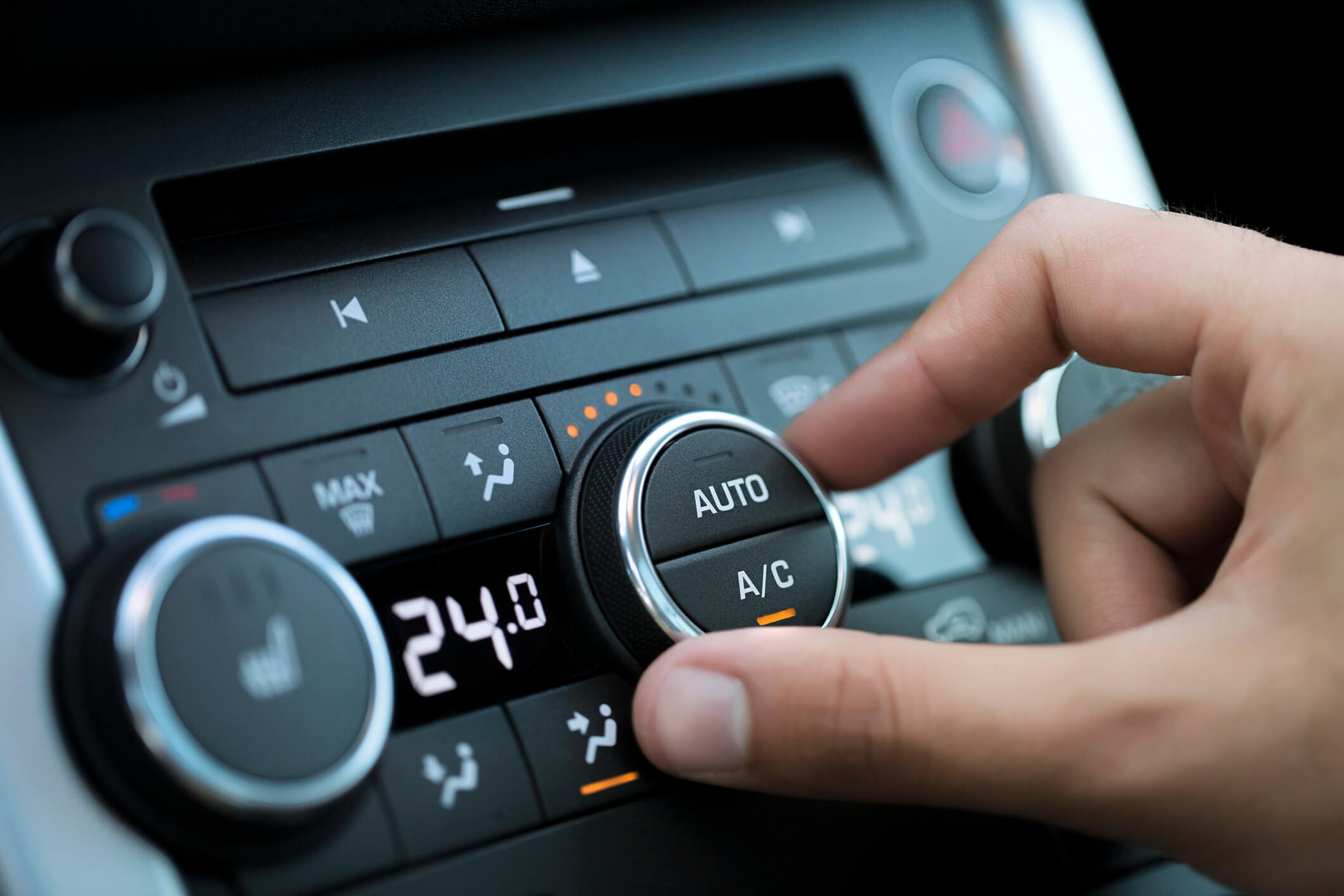 How Does It Work?

Some of us might recall a lesson during science class back in school regarding a matter changing states. This is referred to as a phase change. A liquid such as water turning into a solid and becoming ice is an example of a phase change.

Phase changes can be controlled by manipulating the heat stored by a type of matter. The fundamentals of your car’s air-conditioning system operate based on the same principles of phase changing.

The air-conditioning system manipulates a refrigerant by means of pressure and temperature, alternating the medium between a liquid and gaseous state. It might seem counterintuitive for those with a basic understanding of chemistry as the refrigerant can be both superheated and low-pressure but this is why it’s the perfect medium for cooling the air.

This is how the refrigerant functions within the air-conditioning system.

Read More: Car Engine Overheating: Here Are the Causes & What to Do When It Happens

The Components of an AC System

The primary components are an evaporator, compressor, condenser, expansion device and a blower. Here we’ll take a look at the core components and their functions.

Often referred to as the heart of the system, the compressor’s function is pretty self-explanatory. As the name suggests, it creates pressure within the system to convert the refrigerant from a vapor state back into liquid form, allowing it to continue flowing within the condenser. The compressor is powered directly from the engine’s crankshaft via a pulley and belt.

Next up is the condenser. It serves as a radiator to cool the refrigerant post compressor. Again, as the name suggests, it provides condensing (lowering temperature) to further cool the liquid refrigerant. The radiator fan or an electric fan in the engine bay helps the process.

After the condenser, the expansion valve functions to expand the high pressure, low temperature liquid refrigerant to release pressure in the system before it flows into the evaporator.

This component resembles a radiator as well and is the piece that’s often found behind the dashboard in the cabin. The evaporator takes heat from the cabin and converts the liquid refrigerant from the expansion valve into vapor. This phase change cools the air in the cabin.

If the compressor is the heart of the system, the refrigerant is very much the blood. It’s a fluid with an extremely low boiling point and serves as a heat exchange medium.

Your air-conditioning system isn’t immune from issues. While the most common one would obviously be the air not being cold, the source of the issue could stem from a number of components.

Hence, it’s a good idea to form a clearer understanding of some common issues with the system and how to accurately identify the source. 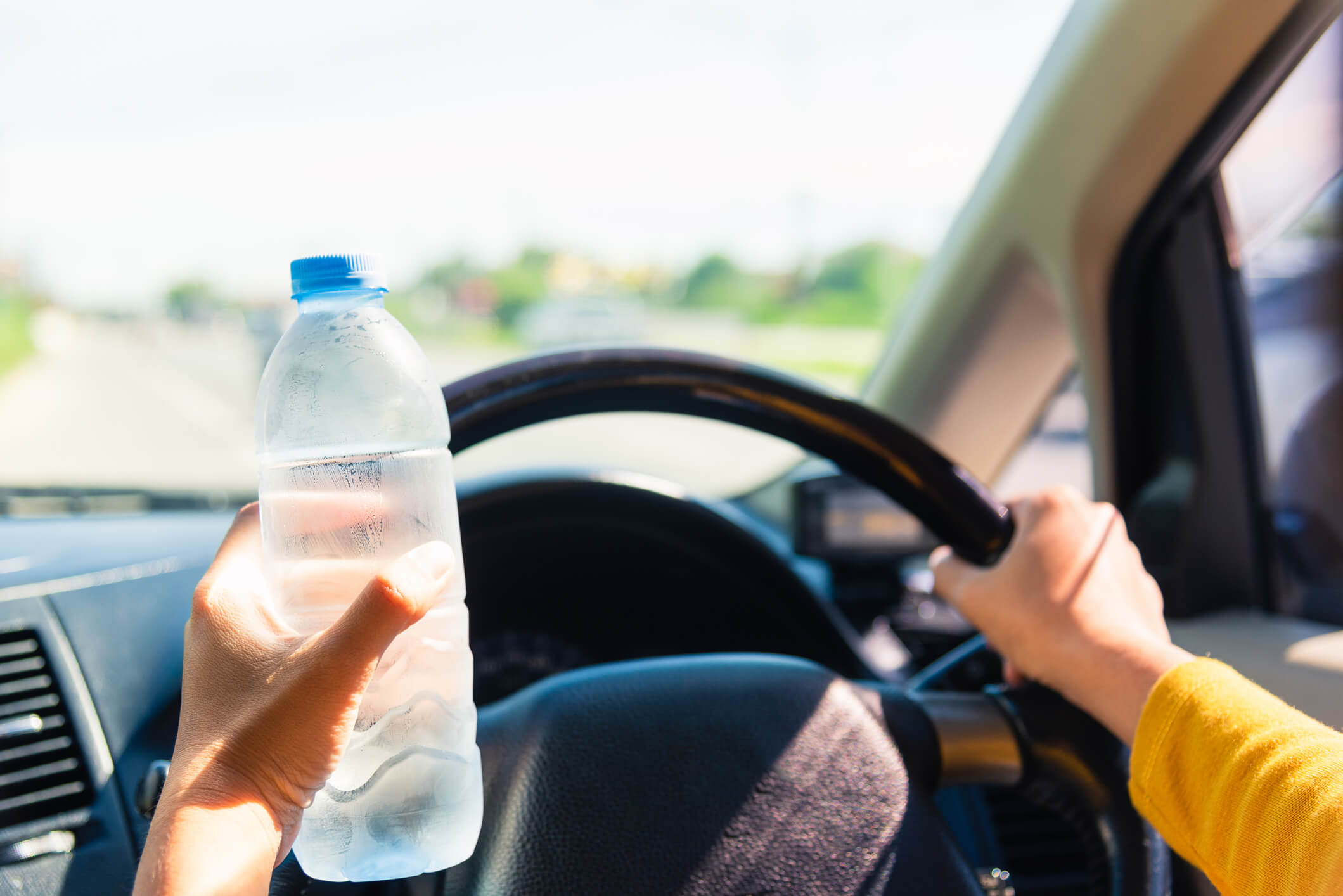 Usually, this means a refrigerant leak. That’s the easy part though. The tough part is finding the source of the leak as it could be anywhere along the system. Refrigerant leaks aren’t easy to locate due to the nature of the medium being designed to evaporate when exposed to the atmosphere.

A car air-conditioning specialist will probably use a refrigerant leak detector or a fluorescent leak tracer dye to identify the source of the leak. Once identified, fix it or replace the faulty component and off you go.

2. The Air Is Cool but Not Cold

This is again likely related to the refrigerant, or rather a lack of it. A slow leak will see the system’s pressure drop and prevent the clutch from activating the compressor’s cycle.

The compressor’s clutch is also prone to failure and will need to be refurbished. If it fails, the compressor can’t be triggered to pressurize the system.

On the other hand, if the refrigerant levels are sufficient, it could mean a clogged condenser.

3. No Air Blowing from the Vents

There’s no clear-cut fix for this as there are a number of possibilities. It could be that the blower isn’t receiving any electrical power or the blower itself has broken.

Blocked intakes could also be the culprit. Air enters the cabin via two sources; vents below the windshield or intakes in the cabin for air that’s recirculated within the cabin itself. If either of the intakes are clogged such as by leaves or debris, there will be very little to no air blown through the vents.

If the air from the vents has a moldy or foul scent to it, there’s likely bacteria growth in the system. This one mostly affects older vehicles or those that always have the air-conditioning system on full blast as the extra moisture promotes bacterial growth.

Try replacing the system’s cabin filter for starters. It’s an easy job and can even be done yourself depending on the car. If that doesn’t eradicate the stench, an air-conditioning specialist will add an antibacterial chemical into the evaporator area that eliminates all the bacteria.

5. The System Makes Weird Noises When Switched On

The air-conditioning system is relatively quiet when in use. In fact, the only noise should be the air being blown out the vents. Depending on the noise, it could be a small issue like a squeaky compressor accessory belt or a major one such as the compressor’s clutch failing.

This one’s best left to the experts. Let them identify the source of the errant sound and advise you on the next course of action.

6. Water on the Front Footwell

There is a drain line along the evaporator or cooling coil behind the dashboard that’s meant to collect moisture from condensation and channel it out of the vehicle. Over time, the drain line can become clogged. If this happens, the condensation will drip out and fall onto the carpeted floor in the front footwell.

If left unchecked, the water in the footwell will not only give off that wet carpet smell but also lead to rust on the floorboards. A specialist technician will identify the source of the clog and fix it accordingly.

Read More: What Is a Car Engine Overhaul and When to Do It

Most of us are sticklers with the engine’s scheduled maintenance like oil changes and spark plugs replacements. Understandably, the air-conditioning system doesn’t always get the attention it deserves but we implore you to change that mindset.

Just like every other key system in your vehicle, the air-conditioning system requires periodic maintenance as well.

For starters, always run the system for a few minutes at least once a week. However, this being Malaysia we’re pretty sure that’s not an issue for most of us.

Next up, remember to have the system inspected by an air-conditioning specialist at least annually. They’ll give it a proper once-over and identify any components that require servicing or replacing.

Each vehicle will have a recommended service interval by the manufacturer as well. This will cover aspects such as replacing the refrigerant and cabin filter as well as servicing the compressor if needed or fitting a new drive belt.

Look after your car’s air-conditioning system and it’ll keep you cool for years to come.