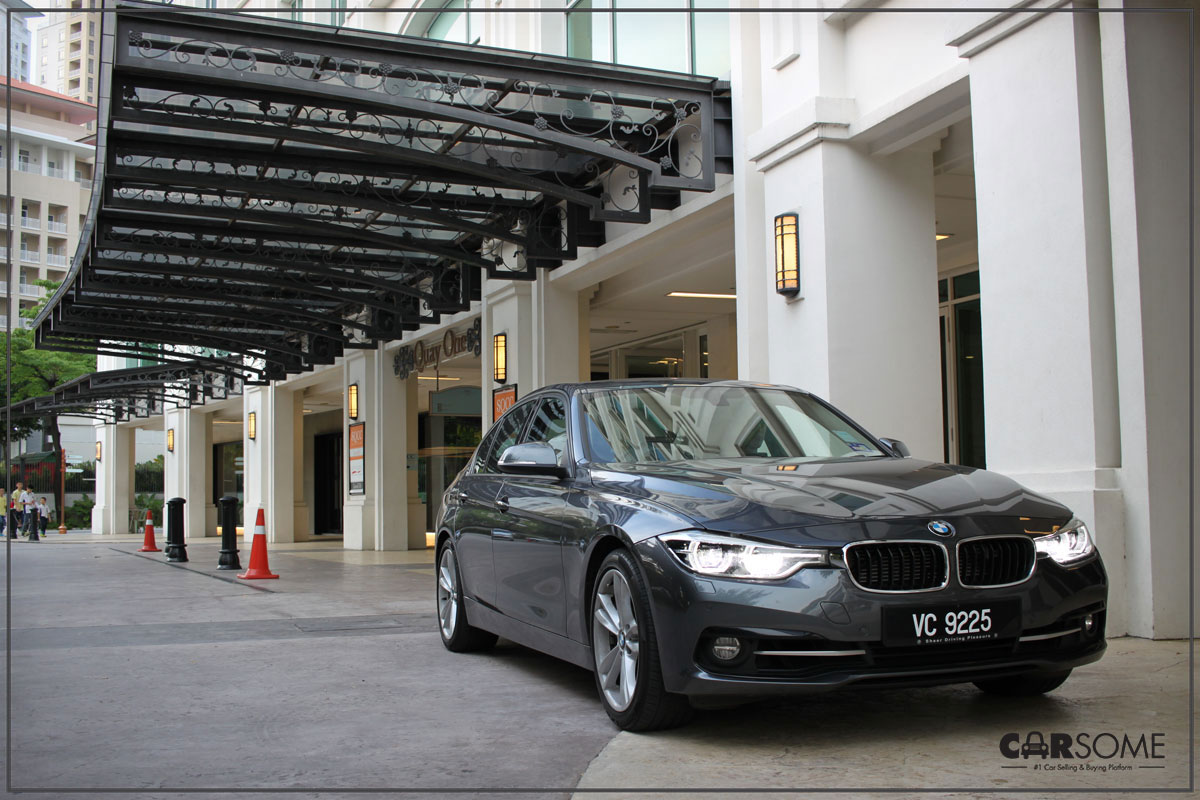 For quite a number of years now, the idea of owning a hybrid car has been very much welcomed by anyone who spends hours sitting in city traffic. The various parallel driven hybrid vehicles on the market today have its systems working behind the scenes (where the combination of a combustion engine and electric motor working in synergy to decide on the requirements for application of power) to deliver the best possible fuel economy and power for the driver. 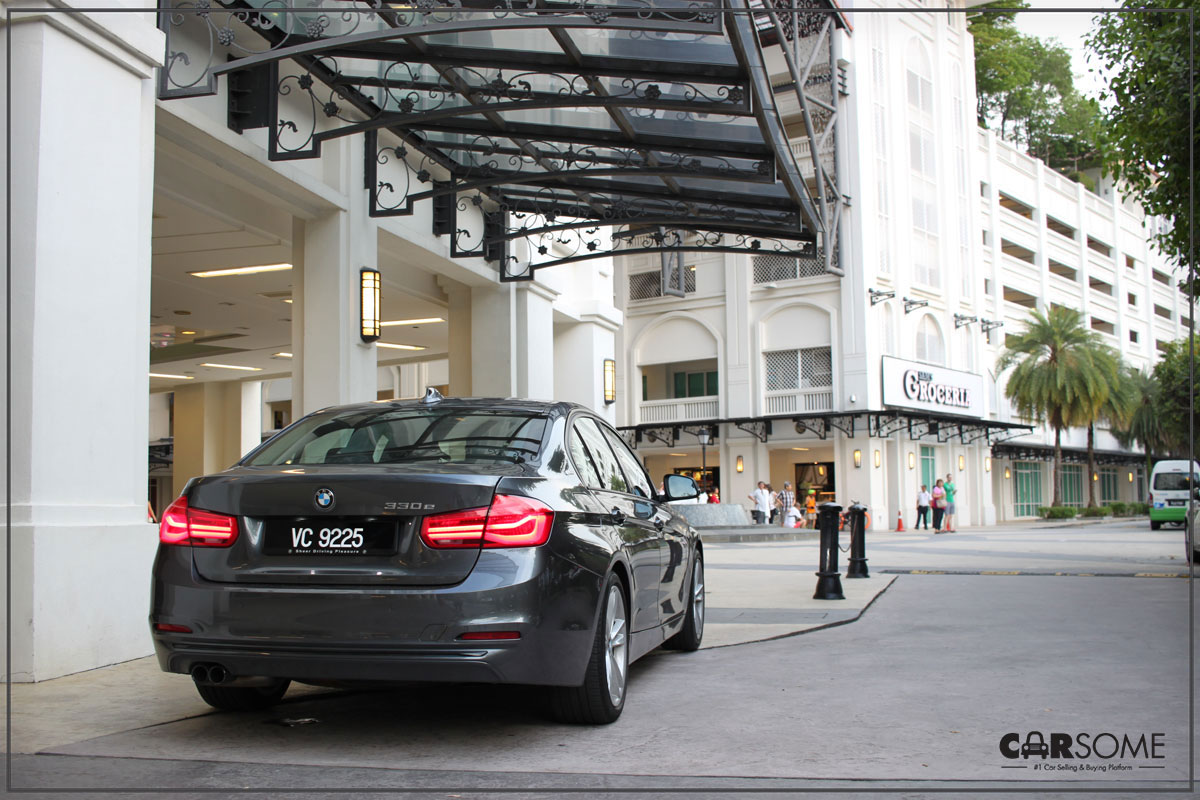 So having to spend less at the pump is certainly on everyone’s checklist for a new car, and with a growing conscience on the environment, the combined carbon footprint also plays a role. How then, does hybrid technology take its next step from the familiar passive experience, to a more active role? It takes itself in the form of Plug-In Hybrid Electric Vehicles (PHEV), and in this case, the BMW 330e. 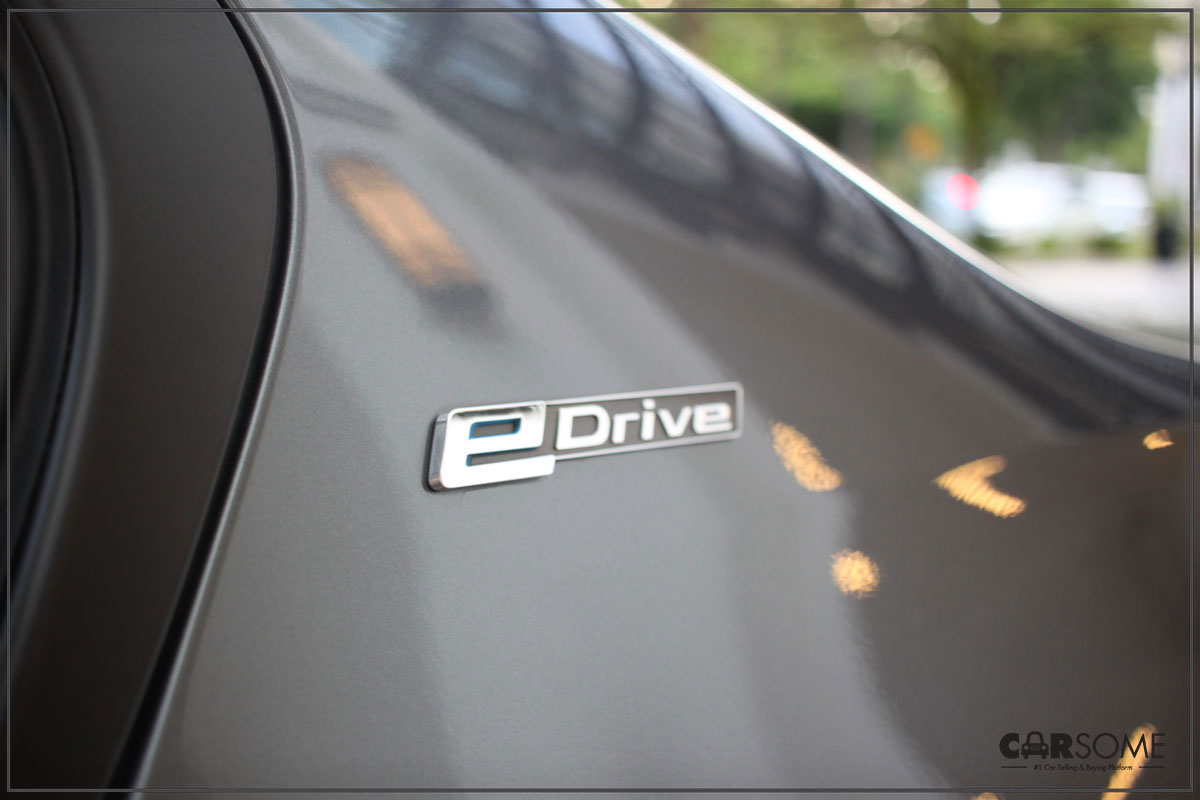 The 330e on the outside is essentially the same as an F30 LCI 3 Series – distinguishable from the redesigned LED head and tail lamps. Visual differences of the 330e from the standard 3 Series is its e-drive badges on the C-pillars of the car, and the inclusion of an EV charging connector on the car’s front left fender. 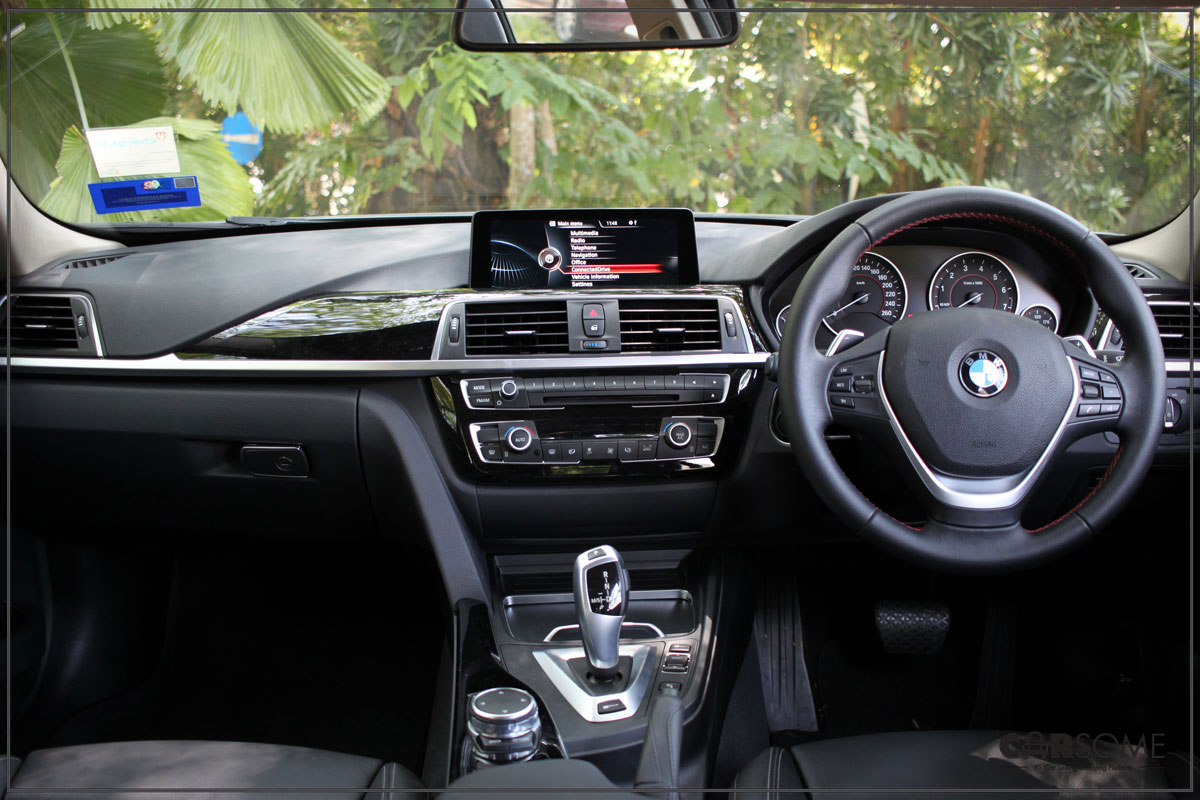 On the inside, the F30 3 Series dashboard and steering wheel remains unchanged from the originally launched F30 in 2012 save for the newer iDrive controller with touch input recognition. On board features for the 330e extends to include a heads-up display, park assist, the brand’s ConnectedDrive with Concierge Service and an eDrive button below the gear shifter. We felt that the steering wheel design is a little dated for a car such as this, but then again, it isn’t something that the 330e M Sport variant at RM258,800 can’t fix. 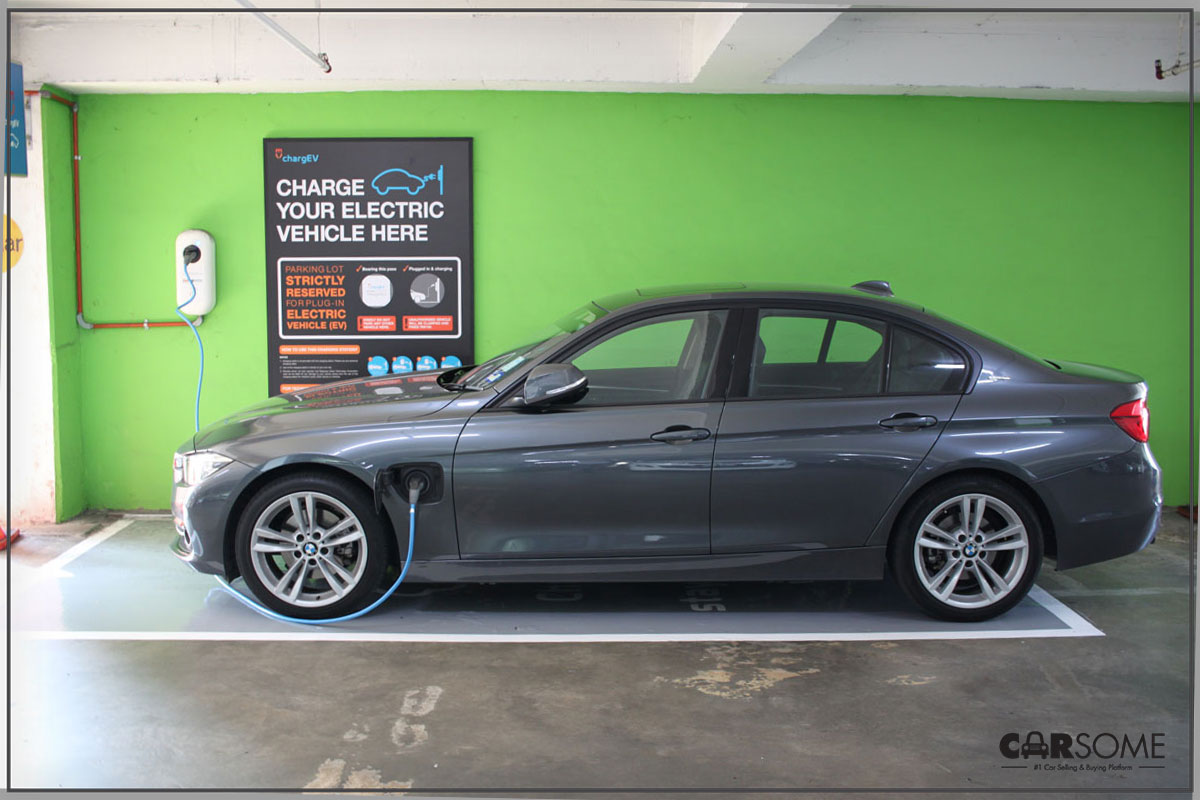 As owners of any BMW i or eDrive vehicles like the 330e, customers are offered the brand’s ChargeNow service that is part of the BMW 360˚ Electric programme. The ChargeNow service provides access to any ChargEV station in Malaysia that is accessible through a ChargEV card. BMW’s partnership with GreenTech Malaysia will see 300 stations up by the end of 2017. What most potential buyers for the 330e and other PHEV’s would probably ask is – would there be a change in lifestyle when it comes to recharging the vehicle? Yes, slightly. But not one that isn’t beneficial. 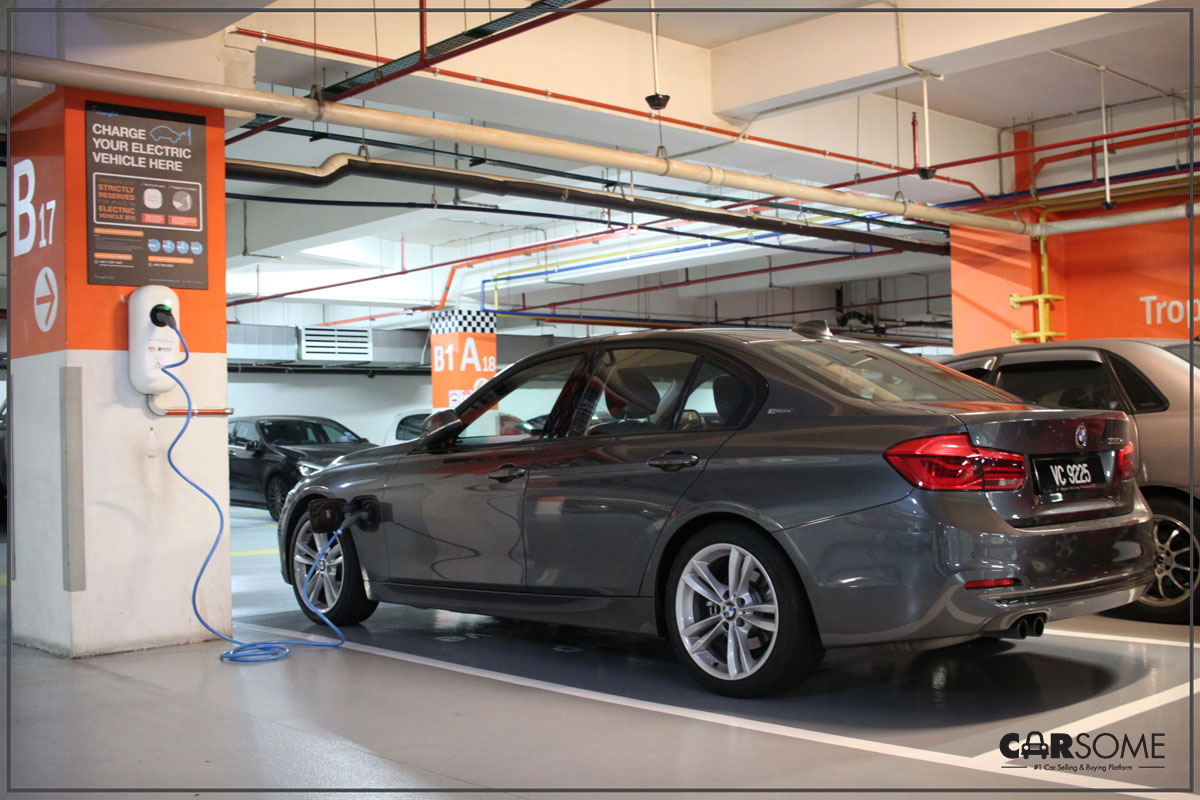 The best part of driving the 330e is the realisation that you could head to the office and back or for a nearby errand without using a drop of fuel. Then again, achieving the full 29km range on a full charge depends on many factors including speed and weather. Based on our test, despite having a 50% charge remaining, parking the 330e in the sun for a couple of hours depleted the battery to 15% – an indicator that PHEV owners are highly recommended to park their cars in the shade for improved lifespan and range.

A blue glow on the charging port indicates a flowing charge. Once its green, you’re good to go! 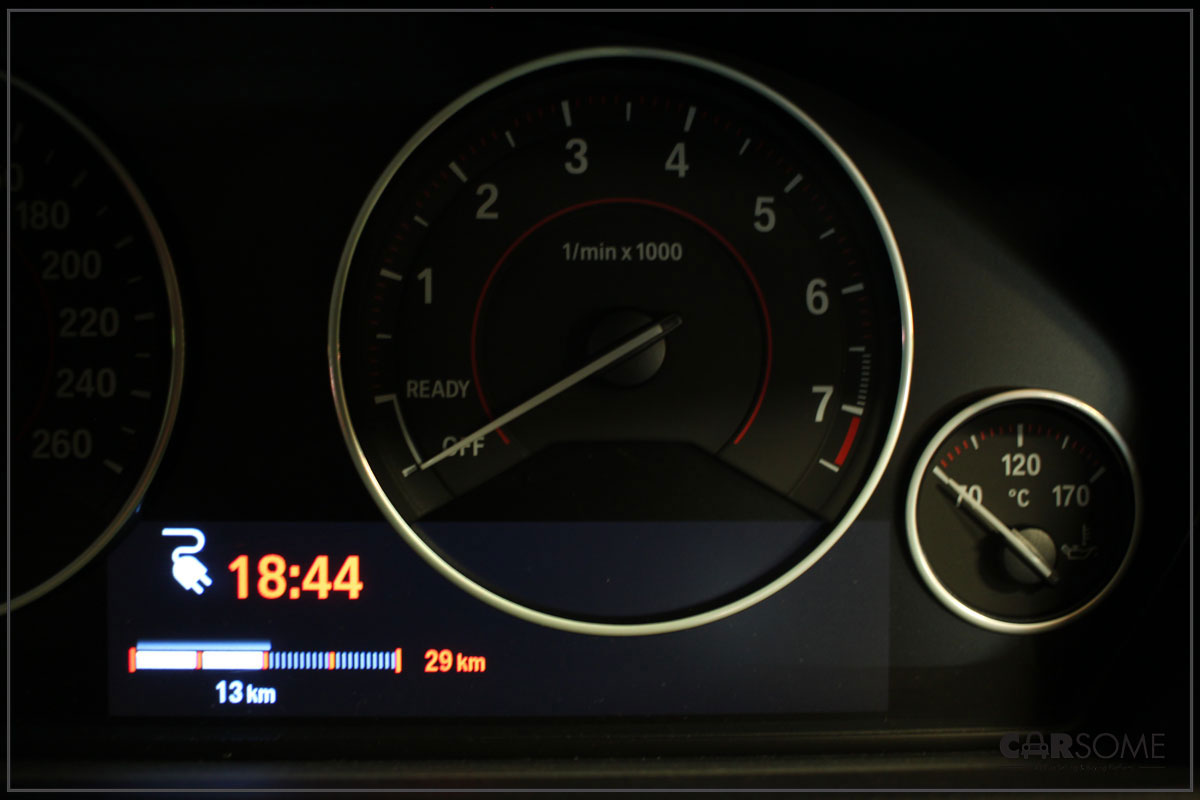 How do you charge? Either at home with a 3-pin socket, or designated ChargEV parking spots in the country. Just plug in the required cable (Type 2 Mennekes, sold separately) on both ends, tap the ChargEV card to begin charge, and it’ll require about three hours for a 100 per cent charge (over four hours with a 3-pin). 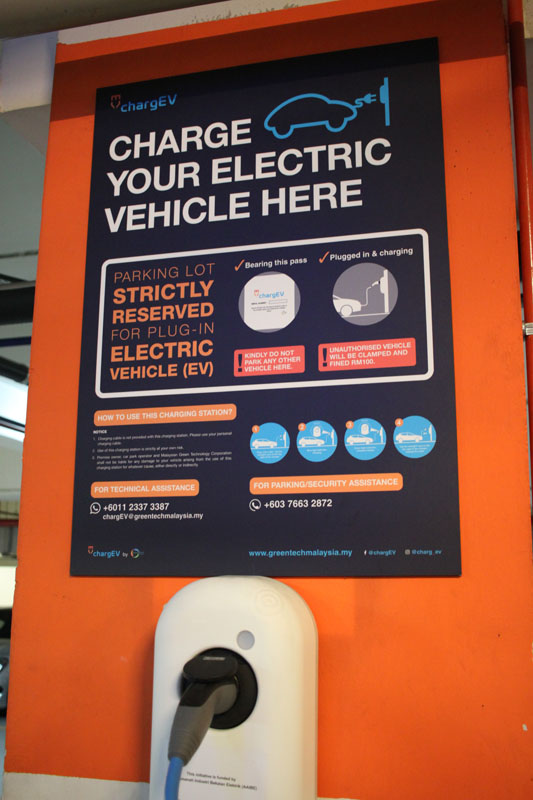 Like an EV, the 330e is silent when you push the start button. The only indication it’s switched on is the rev counter needle that moves from Off to Ready. Pulling away from a parked position is gracefully silent, and with gradual footing kicks in the combustion engine for more power when needed. What goes unnoticed during everyday drives is the fact that the transitions from electric and combustion engine remains seamless, save for creeping during traffic that activates the auto start-stop function. Due to the 330e’s EV nature, unfortunately there isn’t an option to bypass this. 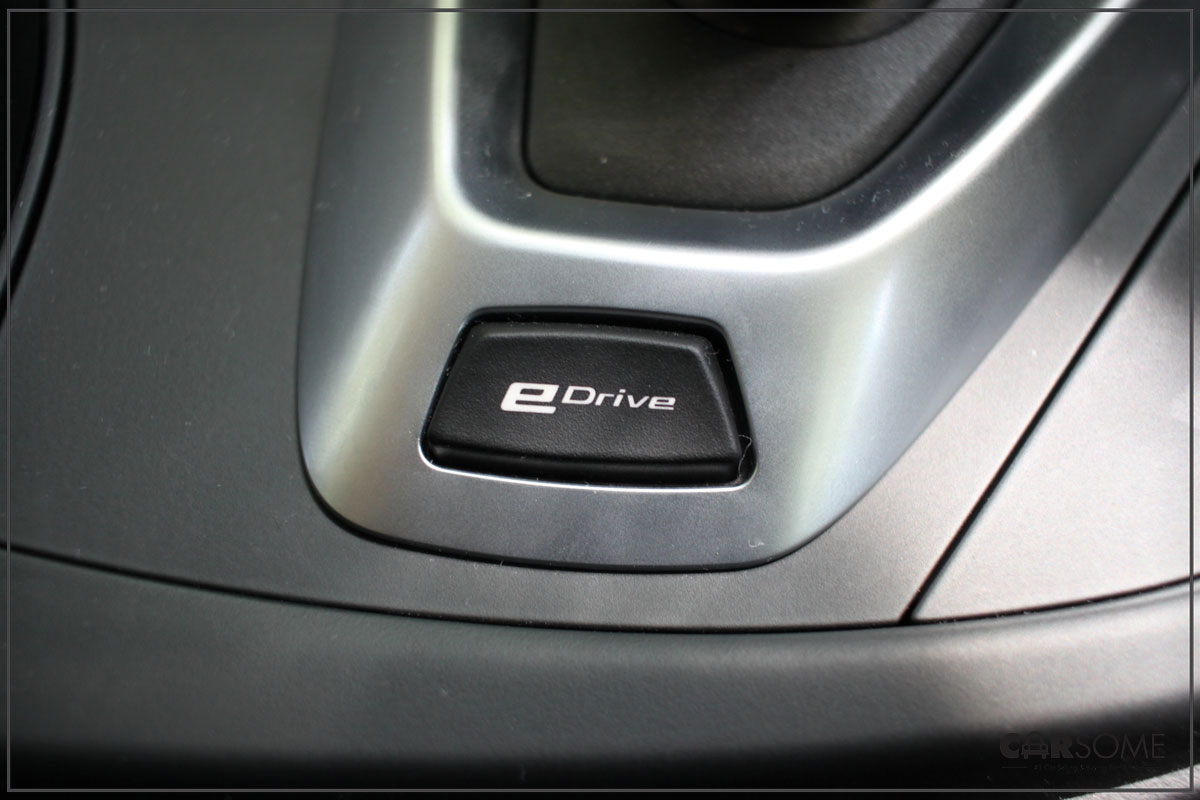 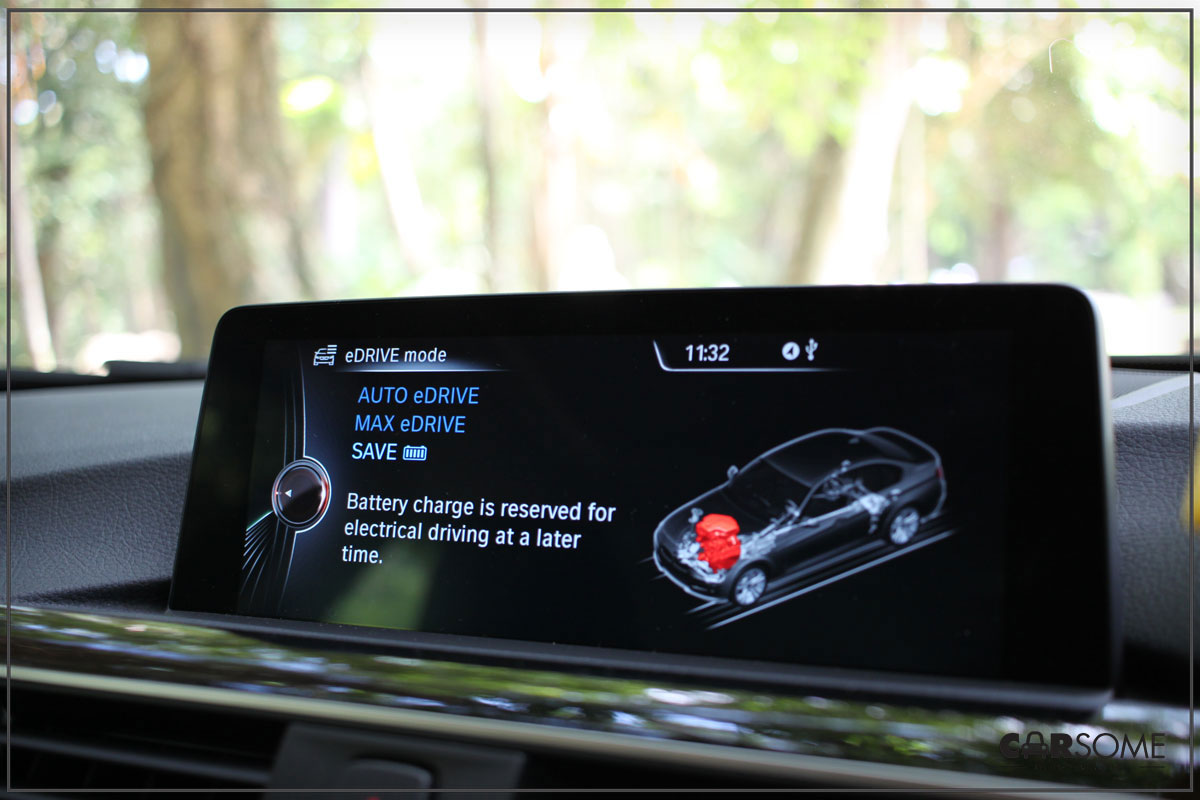 How does it drive? With the combination of motors, there’s certainly more power and for better reason too. BMW’s four driving modes of Eco Pro, Comfort, Sport and Sport+ joins the eDrive button to provide combined driving styles in the most frugal way possible – even on Auto eDrive mode. And because the electric motor is positioned in front of the eight-speed Steptronic transmission, the ratios can also be used in Max eDrive mode. 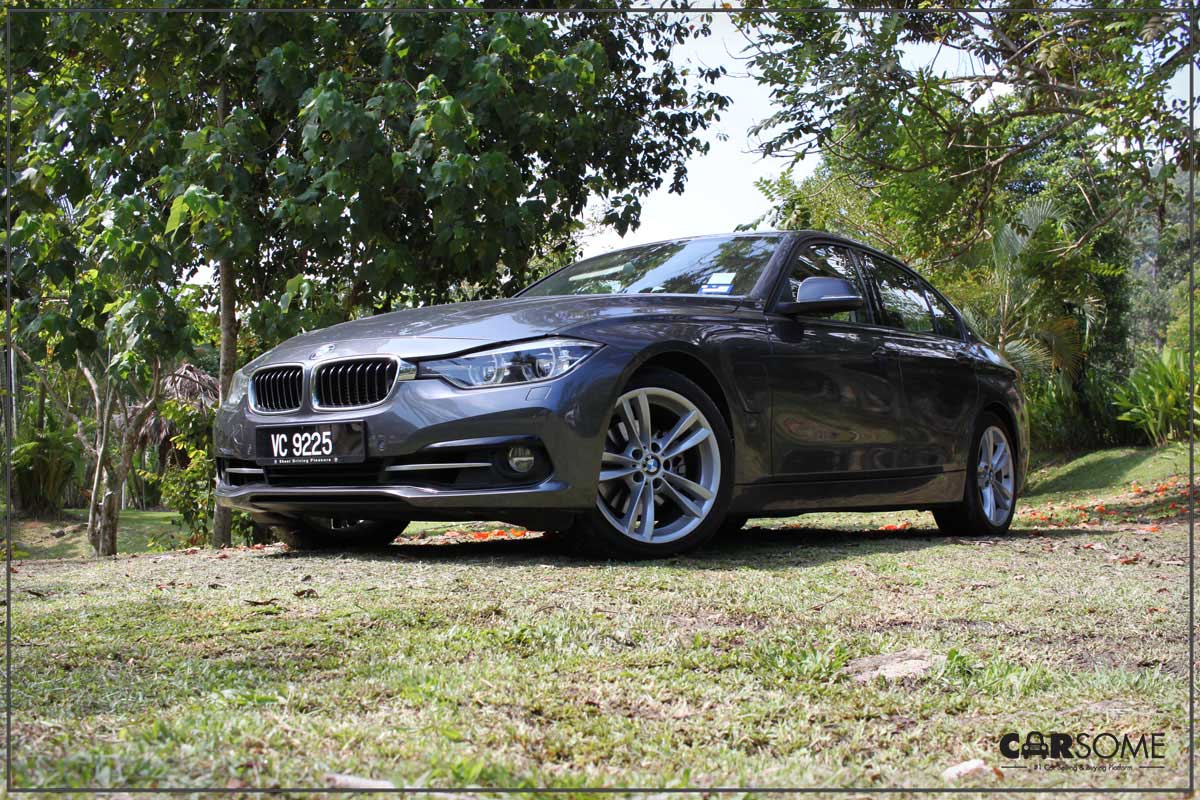 We certainly think that PHEV’s are the next step in-between a truly emissions free ‘electric vehicle’ future. And with the 330e, CO2 emissions are a low 49g/km compared to the 330i’s 151g/km rating. That’s two-thirds better in emissions for a similarly powered output.

But numbers are just numbers, and with the growing number of PHEV’s for the local market, we are happy that automakers are taking the next step to bring vehicles like these to our shores and initiating a growing infrastructure of charging stations nationwide. It’s never been a better time to buy a PHEV to strive for that carbon neutral status.

Also click here to check out an infographic on the history of the BMW 5 Series!