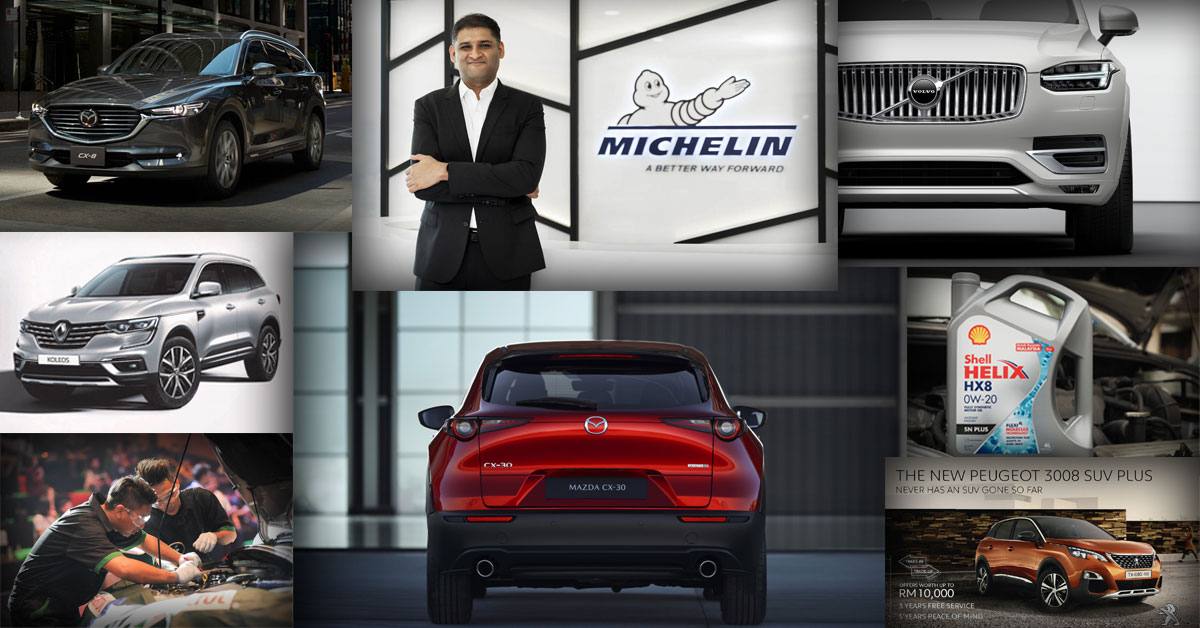 The month of November 2019 ends with several new car launches, dealership openings and year-end promotions to usher in the new year. 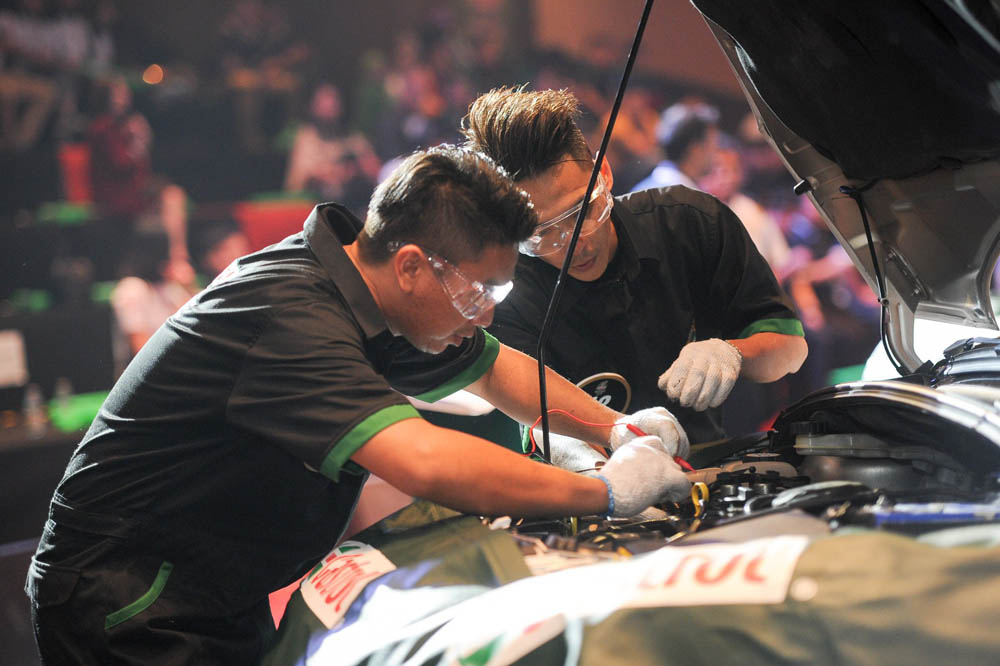 Aimed at recognising the contributions by mechanics to the automotive industry in Malaysia, the ‘Hari Mekanik Malaysia’ campaign begins from November 2019 and will run until September 2020. The campaign will include a series of event workshops (roving cars visiting workshops) in major cities nationwide. The launch of Castrol Hari Mekanik Malaysia will be held on 18 March 2020, where winners (mechanics) will be presented with the coveted ‘Castrol Unsung Heroes’ Award, trophies and an automotive training course to elevate their skills and abilities. 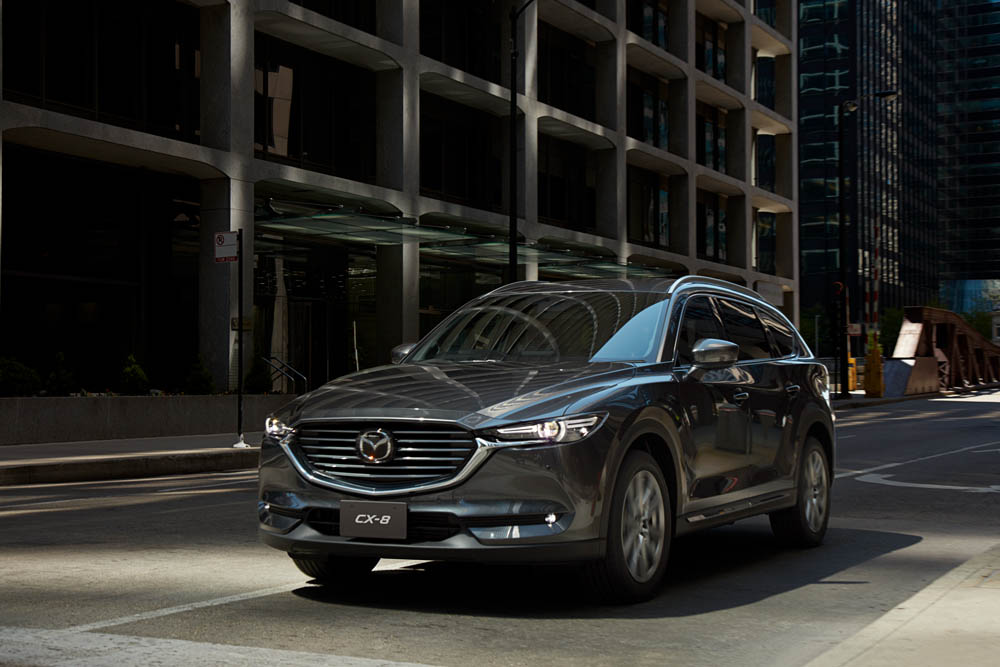 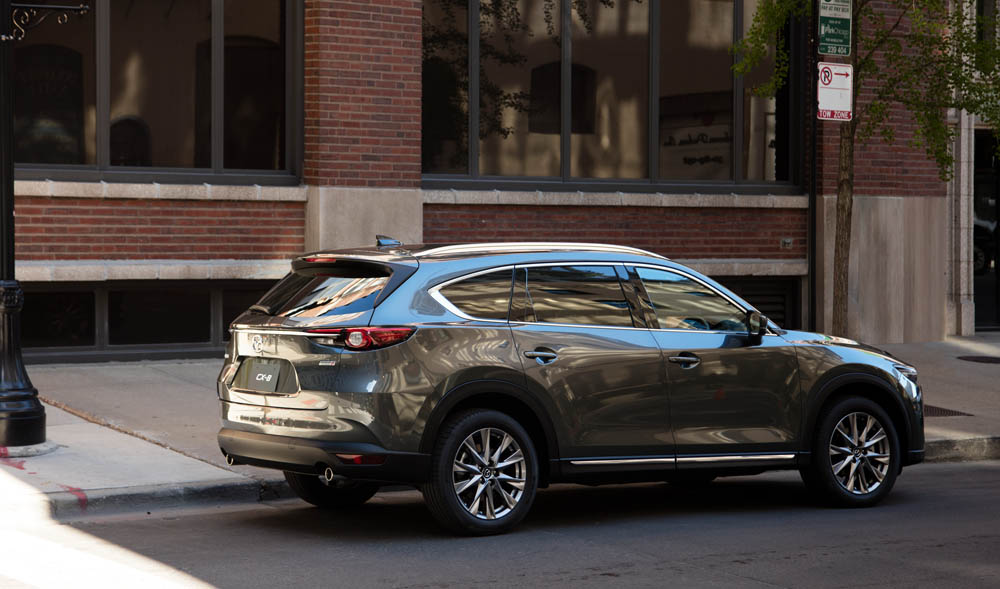 The locally assembled Mazda CX-8 has been officially launched. Available in four variants – three variants of the seven-seater SUV are powered by a 2.5-litre 4-cylinder SkyActiv-G engine producing 192 hp and 258 Nm of torque at 4,000 rpm. The fourth variant is the top range 2.2-litre AWD diesel on the other hand outputs 188 hp and 450 Nm of torque at 2,000 rpm. Depending on the variant, the CX-8 comes with safety systems like Blind Spot Monitoring and Rear Cross Traffic Alert, Lane Keep Assist, Lane Departure Warning and Smart City Brake Support. The CX-8 is priced from RM 179,960 to RM 217,722 on the road without insurance for private registration. 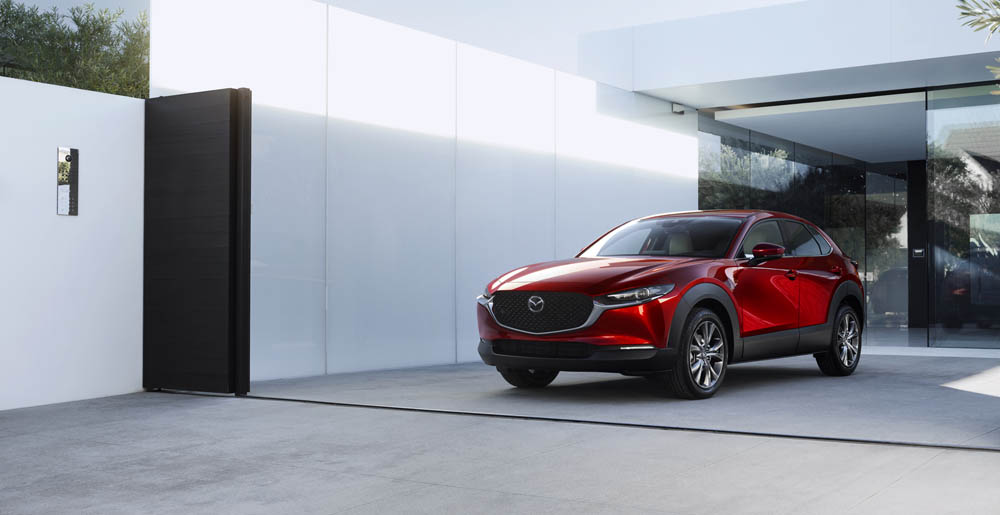 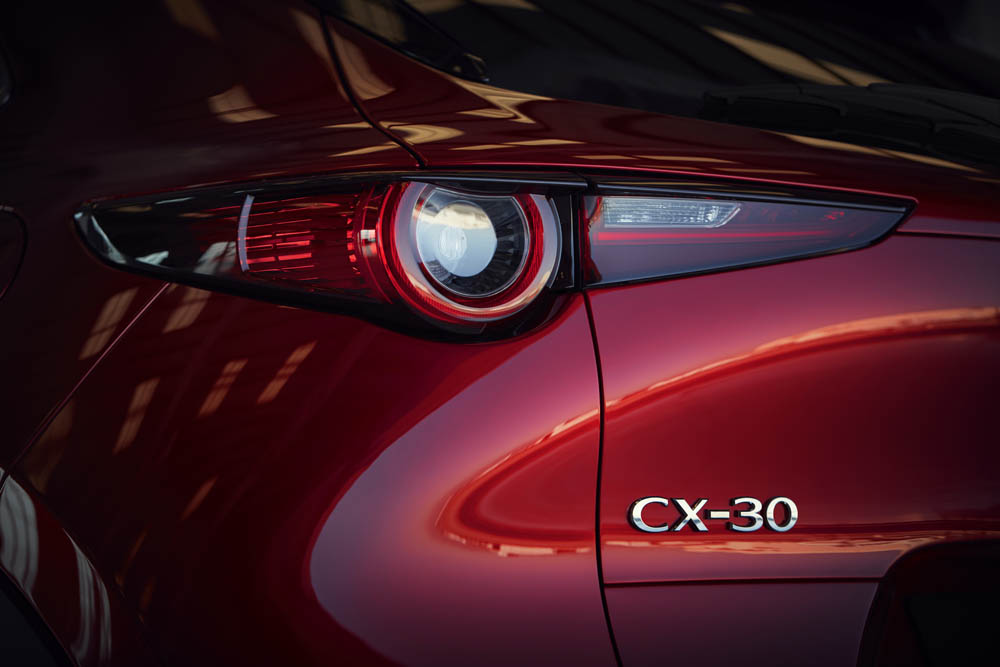 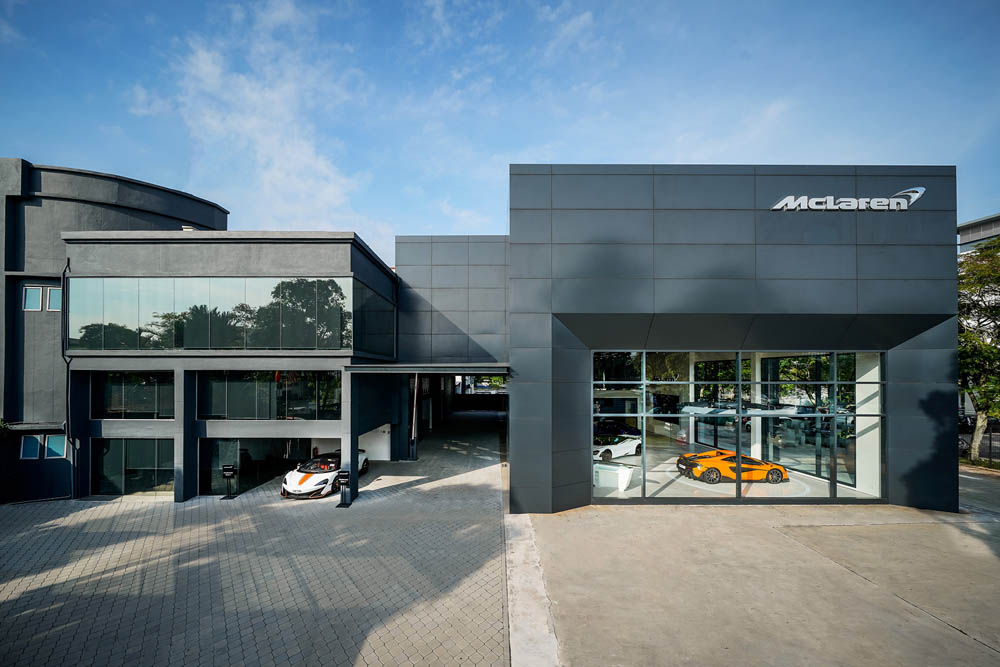 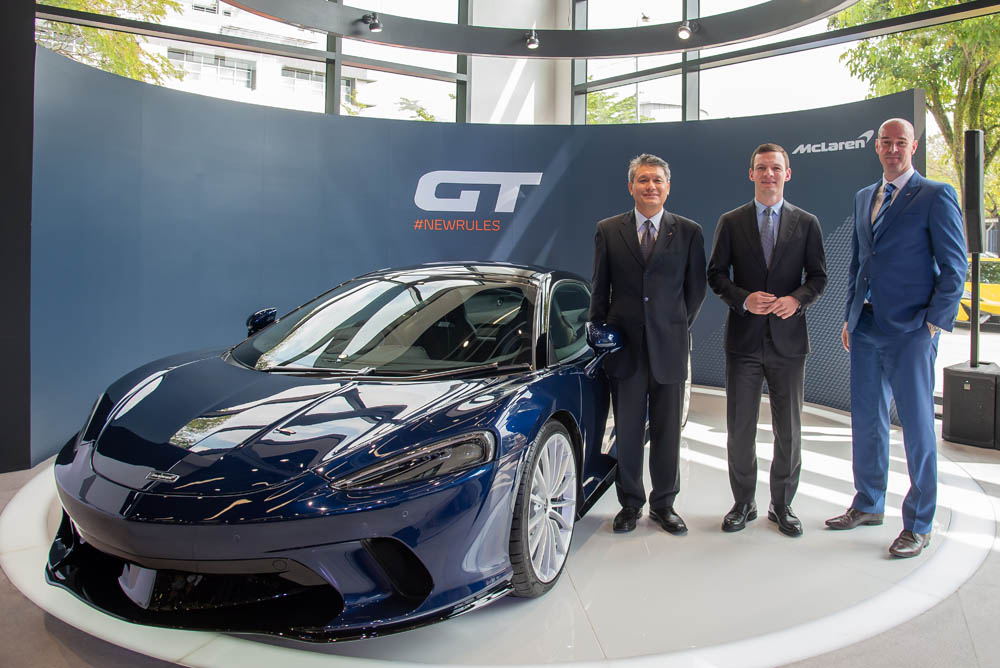 The official opening of the 4,521 square feet showroom in Glenmarie is the brand’s sole retail presence in Malaysia and is operated by Mc Farren Supercars. The facility will provide sales, aftersales, accessories as well as servicing of the full range of McLaren models. In conjunction with the launch, McLaren Kuala Lumpur also took the opportunity to unveil the latest McLaren GT in Malaysia. The mid-engine supercar sports a 4.0-litre twin-turbo V8 engine that delivers 612 hp and 620 Nm of torque from 5,500 to 6,500 rpm. The McLaren GT base model is priced from RM 908,000 before taxes and options that include customisation add-ons. 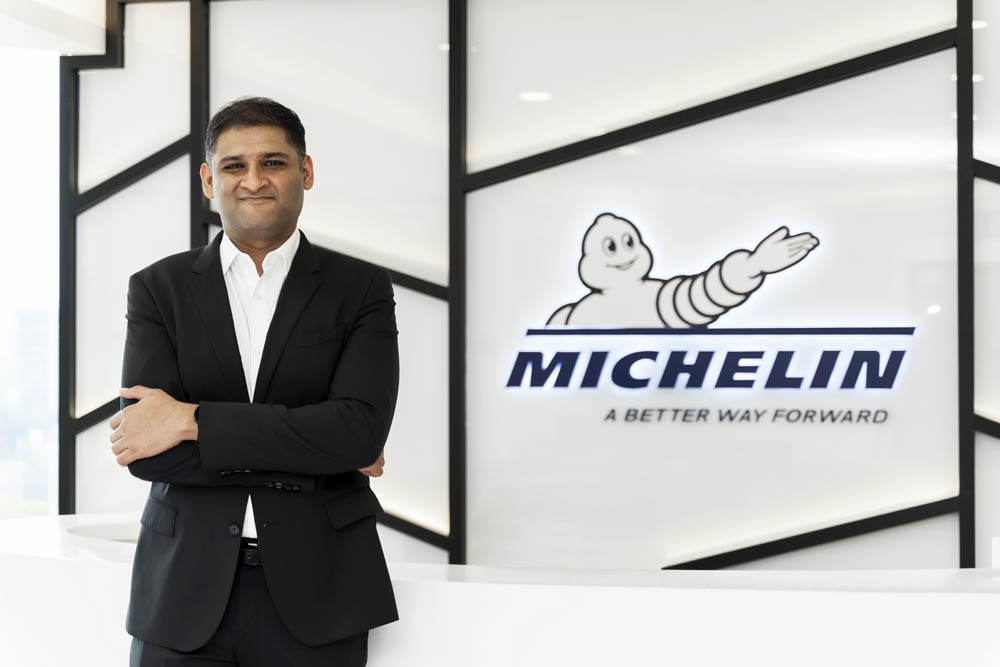 Following the departure of former MD Pascal Nouvellon, Michelin has appointed Tushar Gupta as the new MD for Malaysia, Singapore and Brunei. Gupta brings with him more than 15 years of experience in multiple industries including chemical, automotive and aviation. He first joined Michelin in 2010 as the Corporate Development Manager for SEA, Australia and India before assuming the role of Director of Global Corporate Development in France in 2012. Before his latest appointment here in Malaysia, he was Zone Director, Michelin Aviation Tyres, Asia Pacific.

Mini has a Great British Deal 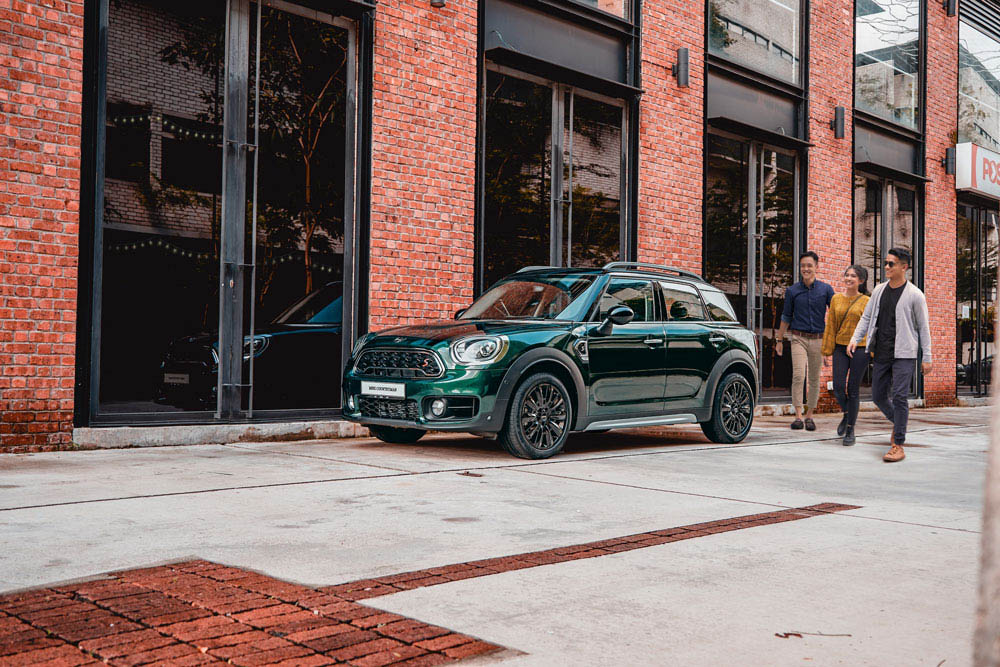 Mini Malaysia is offering limited time offers from now until 31 December 2019. With every purchase of any Mini models during the campaign period, an automatic contest entry will be entered for one lucky Mini owner to win an all-expense-paid trip to Great Britain for two. As for ownership benefits, there are Mini Balloon financing options starting from RM 2,388 monthly instalments at a lowered interest rate from 0.77% for vehicles purchased within the period. New owners will also enjoy insurance rebates of RM 2,000 off Mini vehicles with the Mini Financing plan. 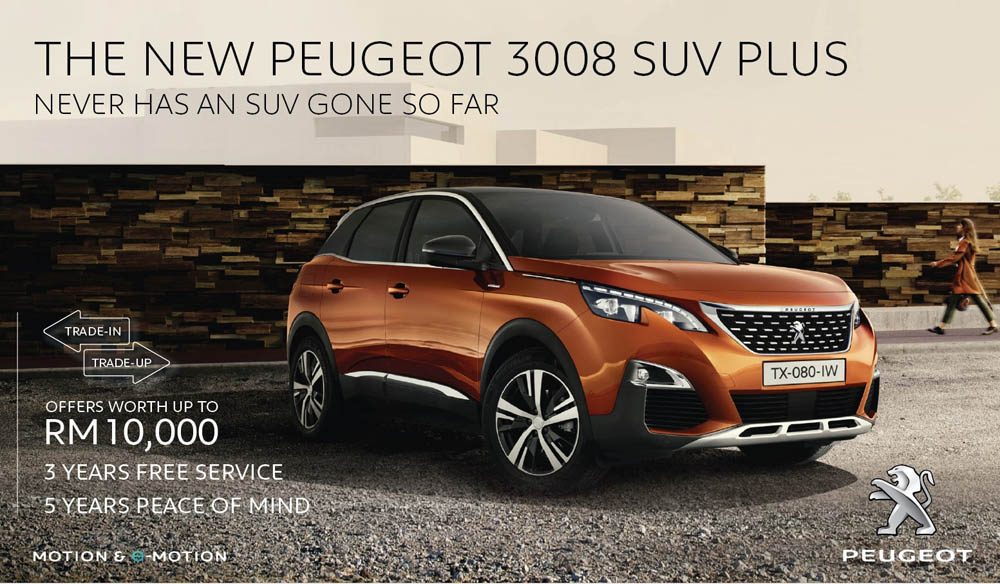 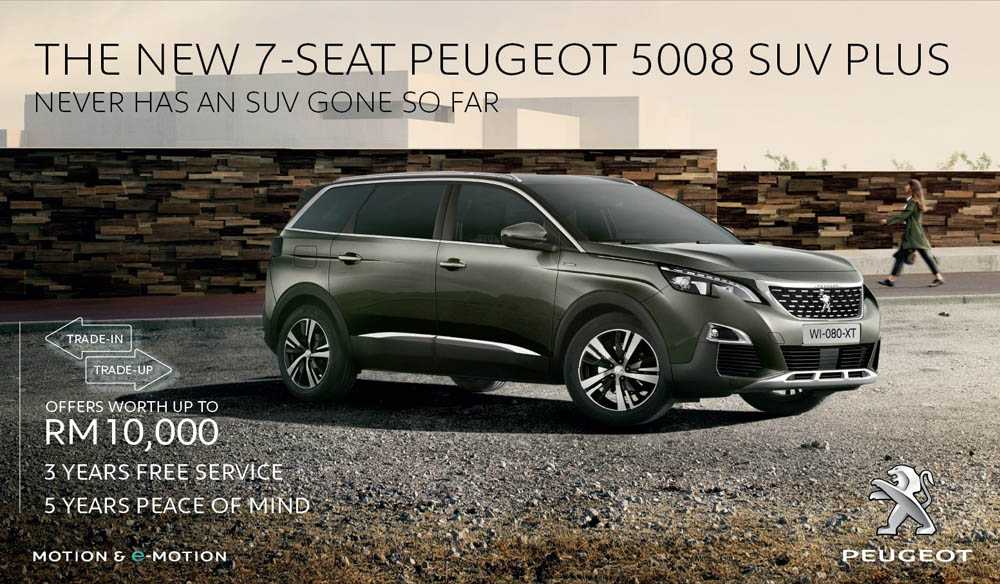 From now until 31 December 2019, customers can get up to RM 10,000 extra from their current vehicle’s appraised value when they trade in their car for a Peugeot. Additionally, customers who purchase a Peugeot 3008 or 5008 SUV Plus will be entitled to a 3-year free maintenance service that includes parts and labour charge. There is also special ownership financing with Affin Bank that allows customers to own the SUVs from as low as RM 1,300 per month. 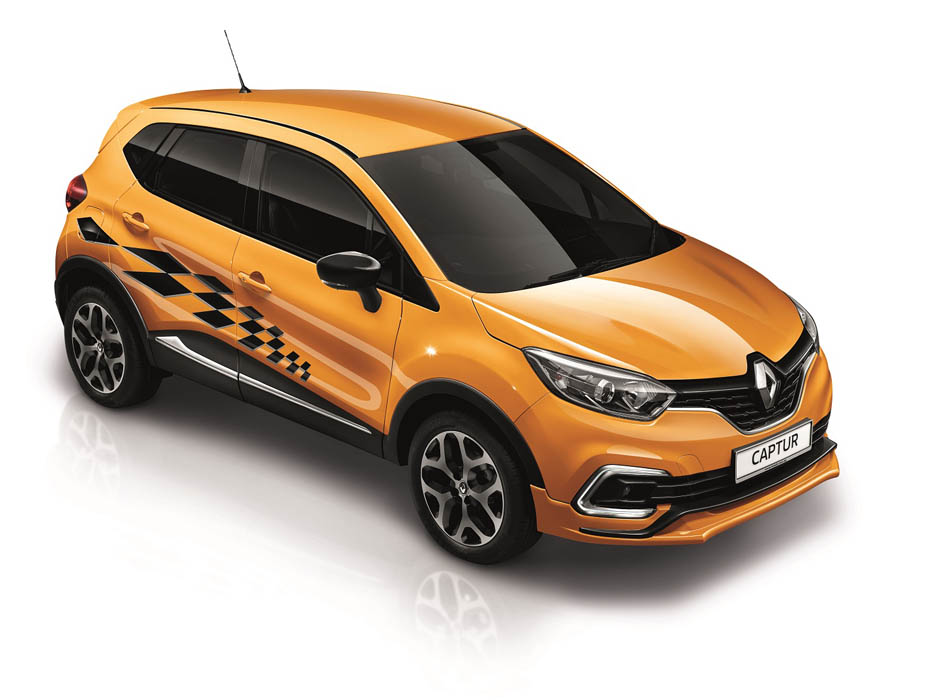 The local line-up of the Captur has been expanded to include the new Limited Edition Captur Trophy. Additions to the standard Captur includes a vibrant Orange Trophy colour, sporty front and rear bumper spoiler in gun metal, chequered flag decals, and hands-free powered tailgate. It is available at the same price as the standard Captur at RM 107,980 on-the-road without insurance. For those looking at hassle-free ownership, the Captur Trophy will also be added to the cars under the Renault Subscription programme. 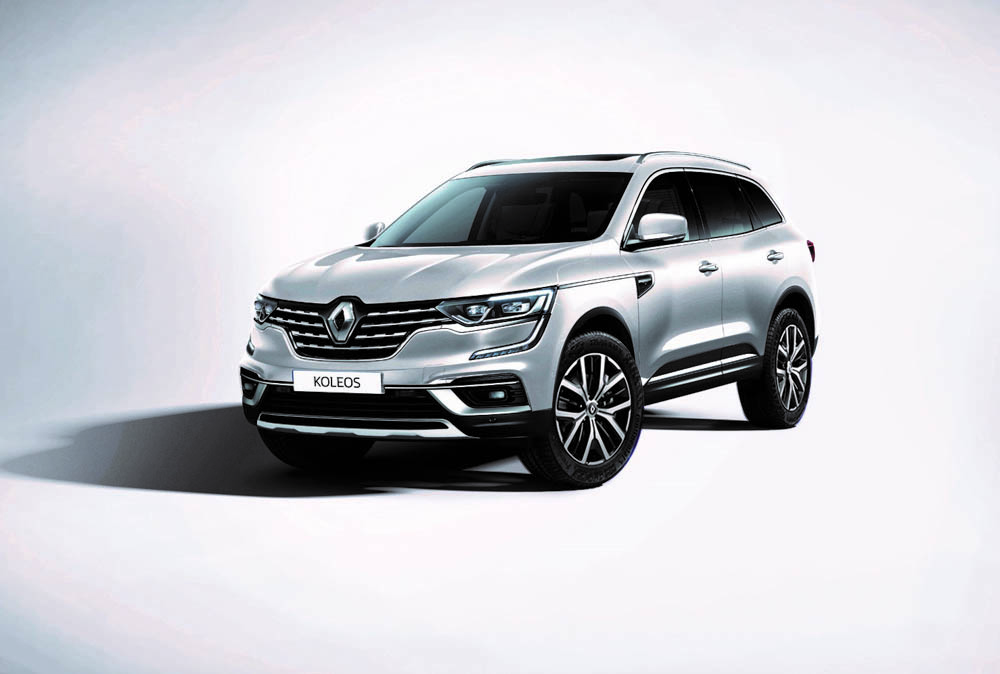 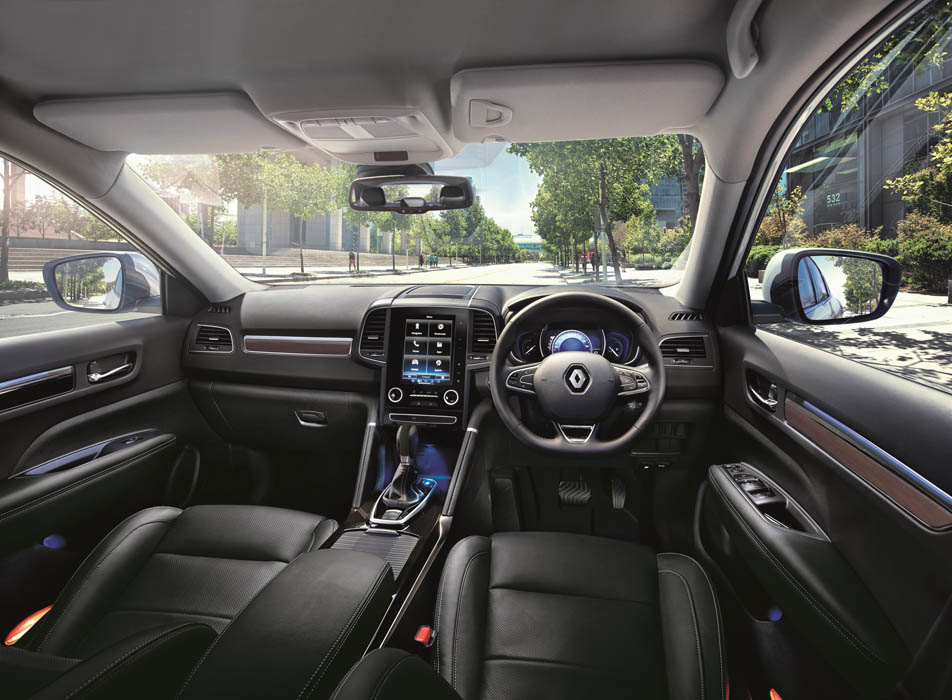 On top of that, the brand has also announced the launch of the facelifted Koleos SUV. It will be offered in two variants, a Koleos and Koleos Signature priced at RM 179,888 and RM 189,888 respectively on-the-road without insurance. Standard equipment for the new Koleos includes an 8.7-inch R-Link 2 multimedia system, connectivity and charging options, Blindspot warning system, Electronic Stability Programme with Traction Control, Emergency Brake Assist and Electronic Brake Force Distribution amongst many others. 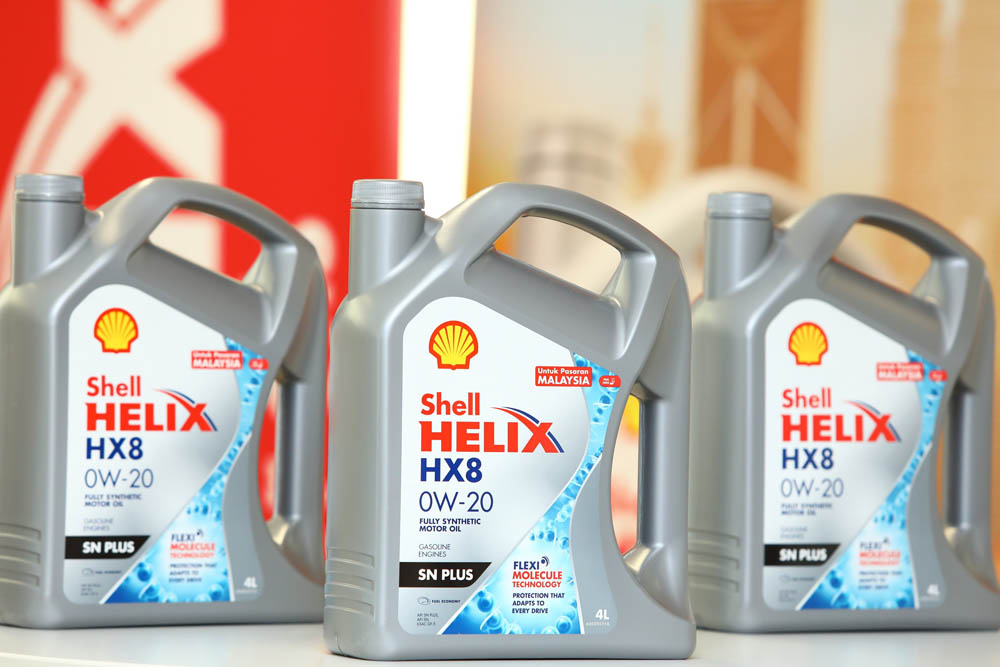 Shell Malaysia has launched a new low viscosity Shell Helix HX8 0W 20 engine oil that meets the needs of most modern passenger car engines. The new HX8 0W 20 fully synthetic engine oil promises to deliver maximum performance, improves fuel economy and better engine protection during cold starts. The recommended retail prices are RM 199 per 4-litre pack and RM 53.90 for a one-litre pack. This HX8 0W 20 joins the other HX8 variants that are already in the market; the 5W 40 (RM 165 per 4-litre pack) and 5W 30 (RM 180 per 4-litre pack). Customers are advised to look out for the ‘Untuk Pasaran Malaysia’ label and purchase them from participating Shell Helix branded workshops and Shell retail stations to ensure product authenticity. 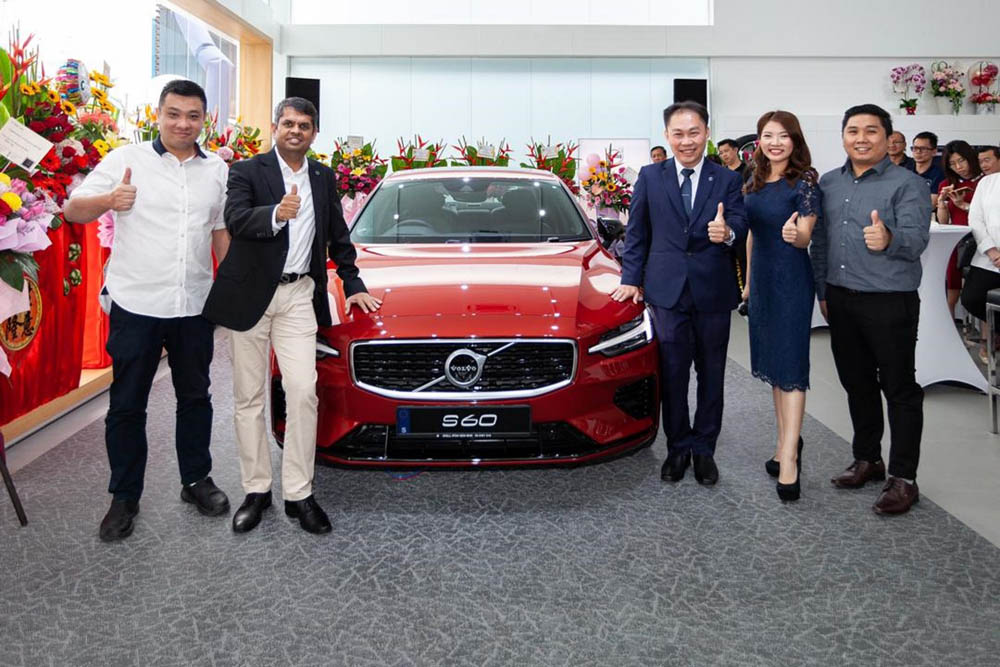 Volvo Car Malaysia together with dealer-partner iRoll Ipoh has launched the brand’s latest showroom in Ipoh. The new 3S centre adheres to the brand’s latest retail standard and will have the range of current new vehicles in the showroom, and a fully equipped service centre with four repair bays. iRoll Ipoh is located at Lot No. 2917S, Jalan Raja Permaisuri Bainun (Jalan Kampar). The centre’s opening hours are Mondays to Saturdays from 9 am to 6 pm; closed on Sunday’s and Public Holidays. 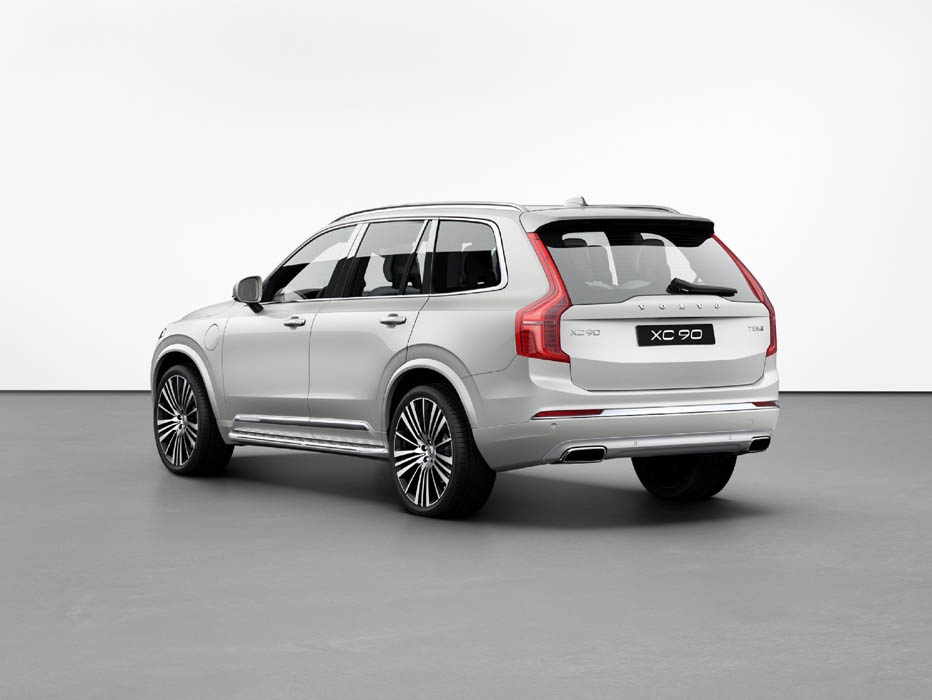 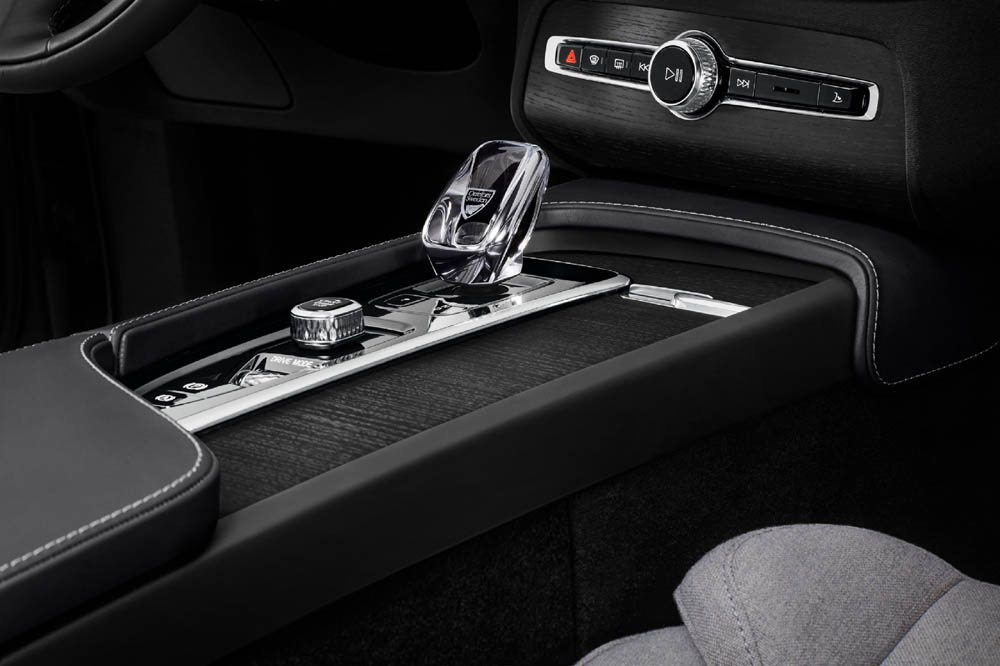 Want to know which cars hold the highest resale value after 5 years? Click here to find out!

Looking to sell one of your cars for something new? Sell your car to Carsome today!