Touch ‘n Go eWallet can now be linked to your Card with Auto Reload! 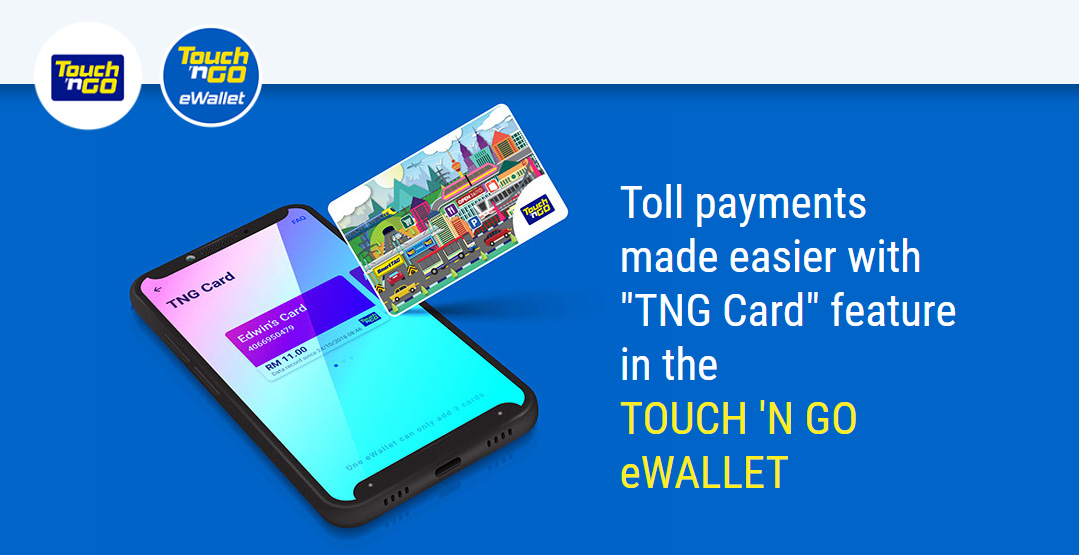 The time has come to rejoice! After several months of introducing Touch ‘n Go RFID and the eWallet via the brand’s app, users can now reload their Touch ‘n Go Card via the eWallet. Although it doesn’t reload your TNG Card physically, it removes the hassle in reloading your card via the Self-Service Kiosks or through the Tambah Nilai lanes. 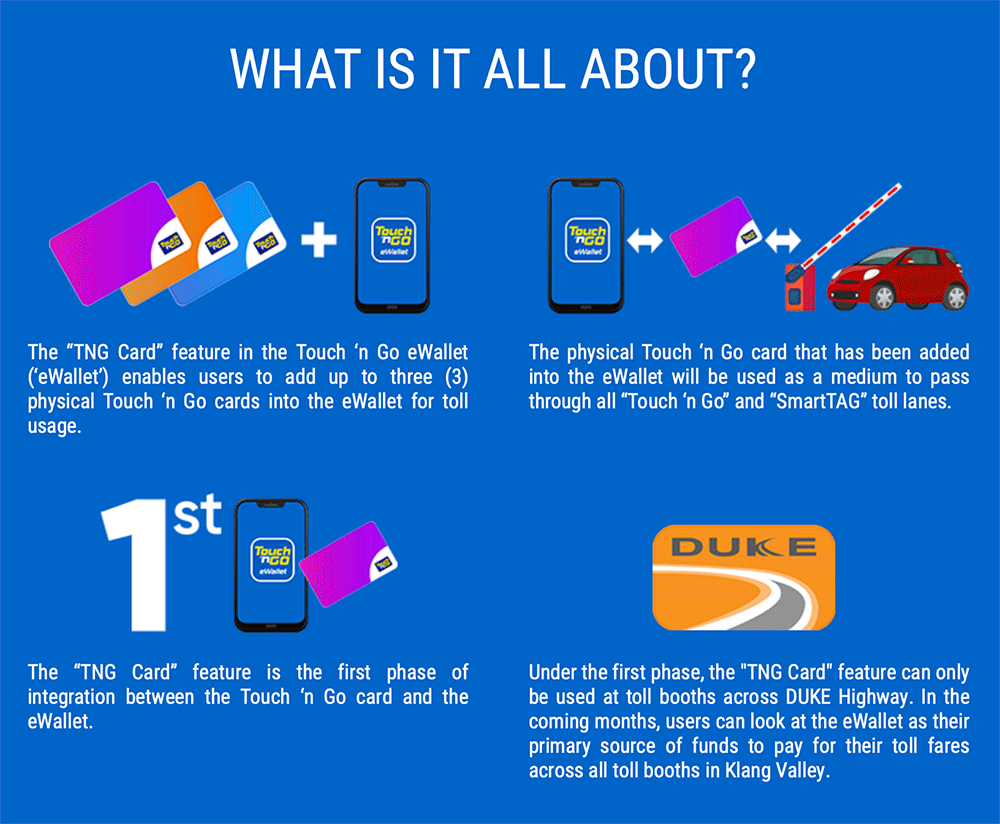 What Touch ‘n Go has done is link the eWallet to the card, allowing up to three cards in the app, and will deduct the eWallet credit when used. Only when credit is insufficient in the eWallet, the loaded physical card balance will be deducted. 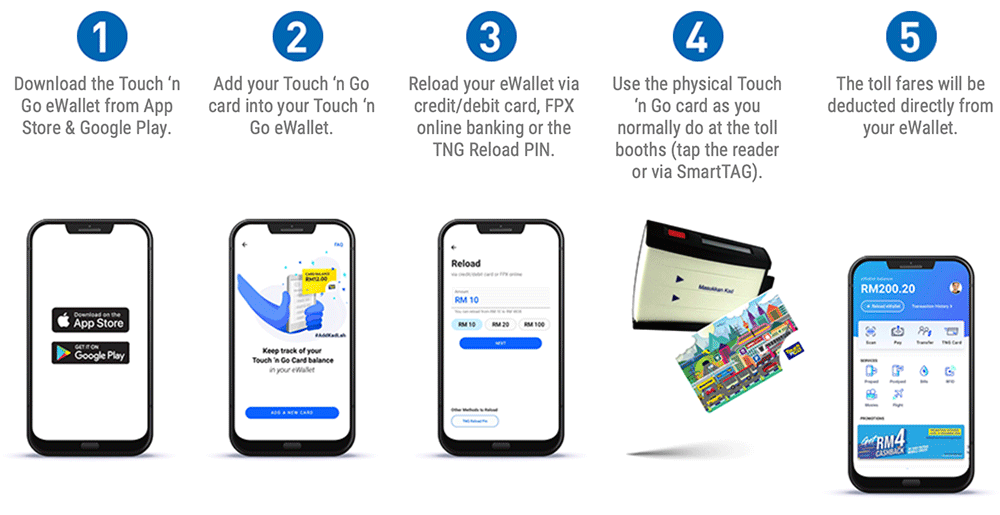 However, at the current test phase, the TNG Card feature can only be used at toll booths across the DUKE Highway – Batu, Ayer Panas, Sentul Pasar, Segambut and Sentul Pasar Tambahan tolls. It is good to know that the system is similar to Touch ‘n Go’s RFID, which deducts the balance through the eWallet, and will not show the remaining amount as per display at the toll booths. Nonetheless, as it is tied to the users physical TNG Card, the feature can be used on both Touch ‘n Go and SmartTAG lanes. 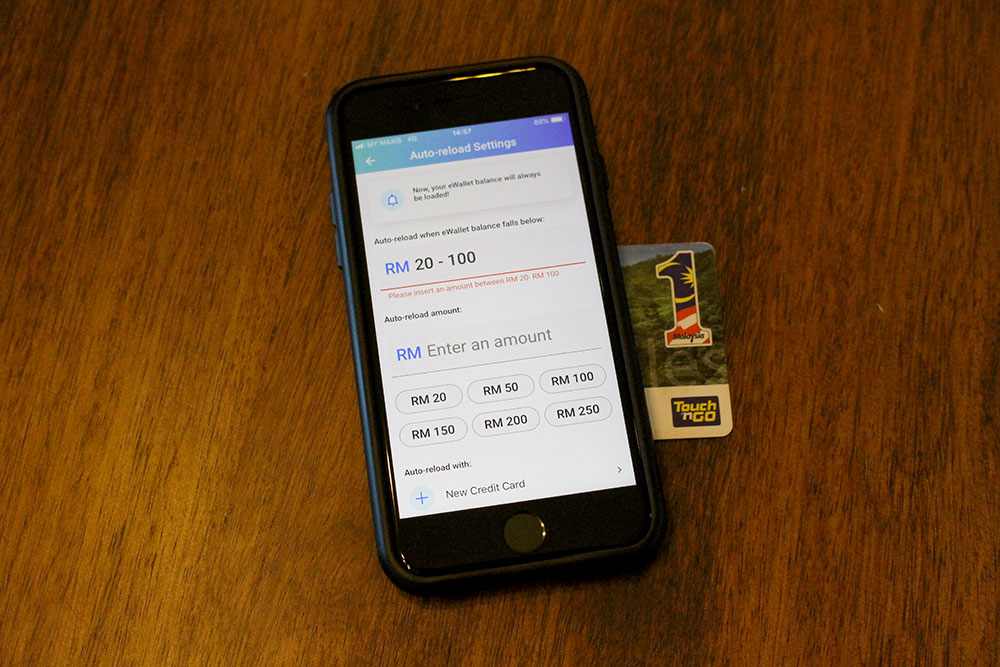 But that is not all, Touch ‘n Go has also enabled auto-reload via eWallet. Users can now choose to reload the eWallet via credit card when the eWallet balance reaches below a set amount from RM 20 to RM 100. Auto-reload amounts can be set from RM 20 up to RM 250. Best of all, there’s no surcharge with the eWallet auto-reload. 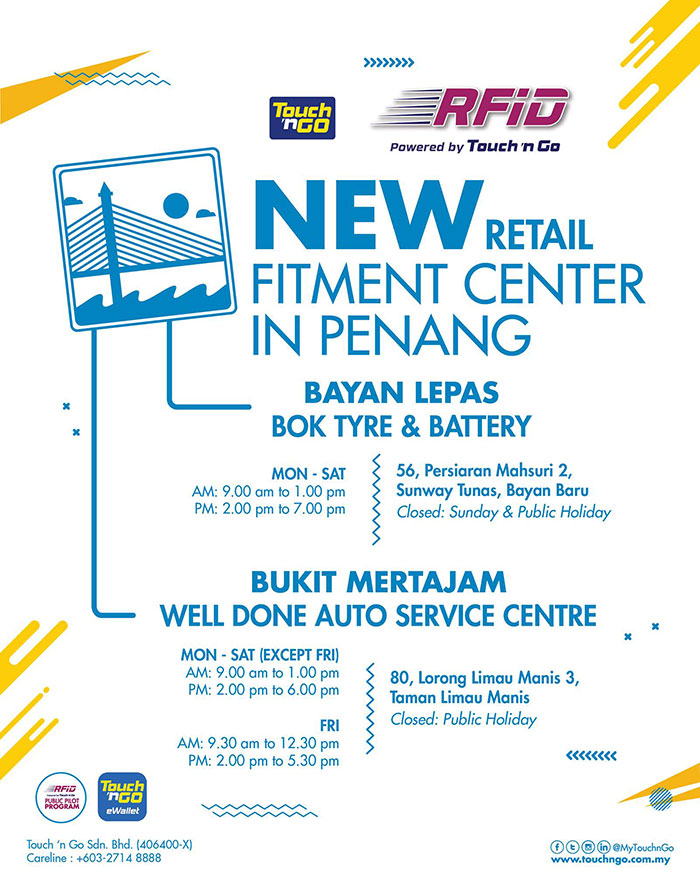 TNG has also opened their RFID pilot programme for drivers in Penang. At the moment, there are only two new retail fitment centres in Penang, one at Bayan Lepas and another at Bukit Mertajam. In terms of RFID locations up north, RFID is only currently accepted at the Butterworth Outer Ring Road, Butterworth Kulim Expressway and Penang Second Bridge. Interested drivers can register for the pilot programme here and will be contacted by Touch ‘n Go for RFID fitting.

What are the differences between petrol and diesel engines? Click here!

Looking to get that new car for the new year? Sell your car through Carsome and try out our bidding platform that connects you to over 1,000 dealers nationwide!