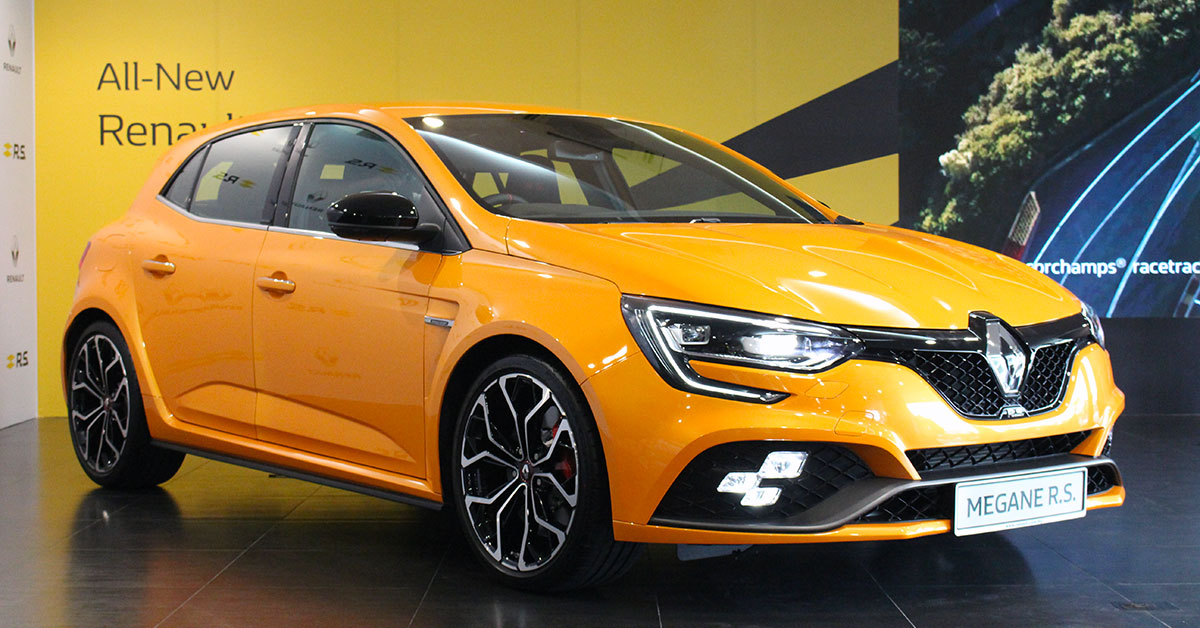 It has been almost a decade since TC Euro Cars brought in the previous generation Mégane Sport Cup. Today the next generation arrives to continue on the tradition. The five-door C-segment hatchback is the latest from the French manufacturer, bringing refinement, power and technology to the road and track.

What you need to know 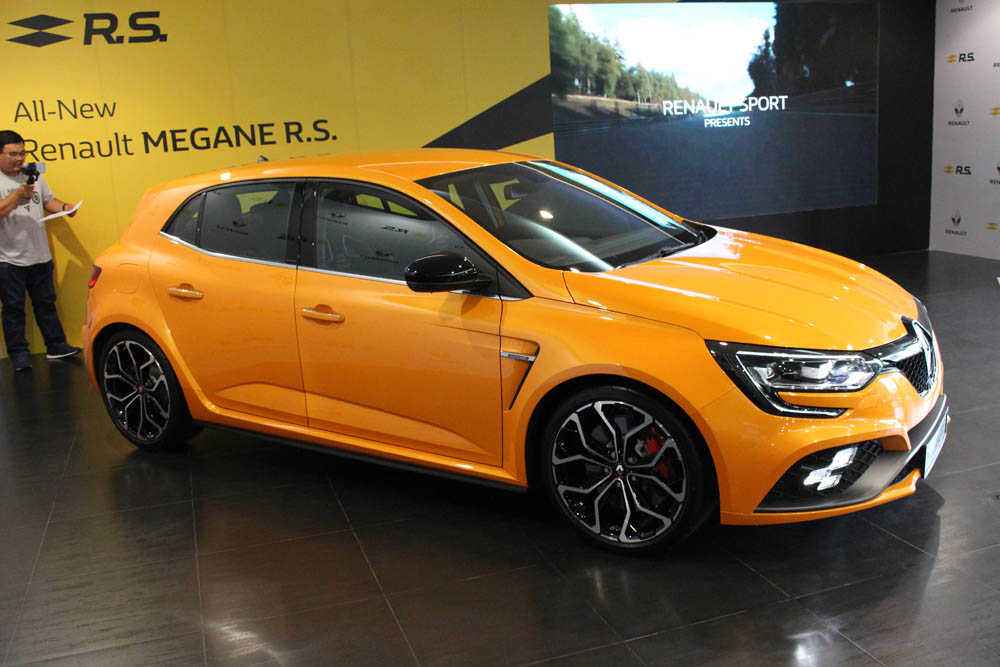 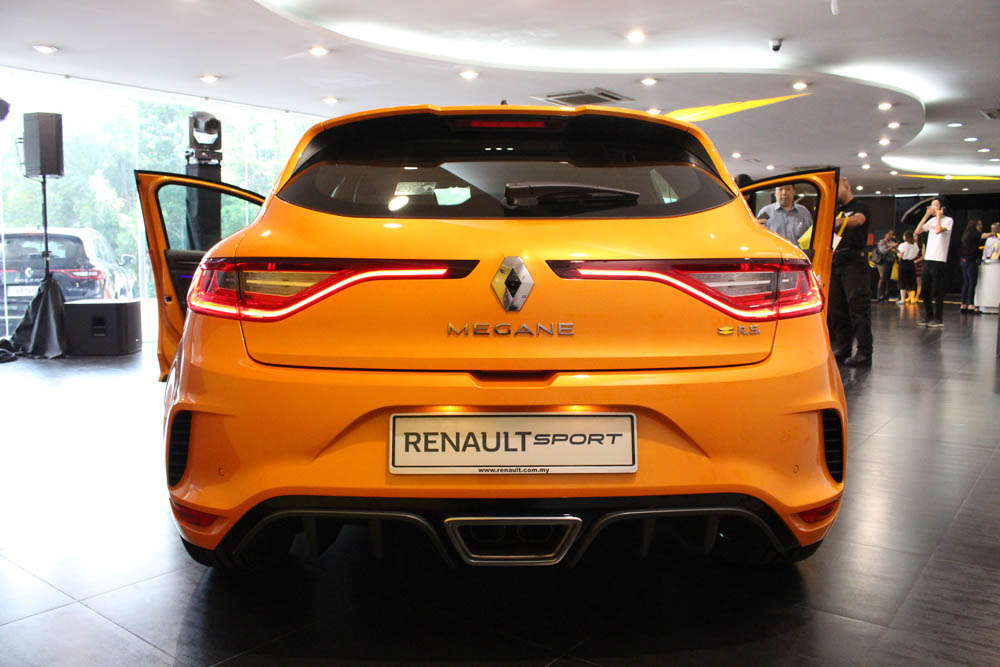 The Mégane RS range currently has three versions, a RS 280 Sport, 280 Cup and a hardcore 300 Trophy. Power on the 280’s are similar. Underneath, the 1.8-litre turbocharged four-cylinder outputs 276 hp and 390 Nm of torque from 2,400 to 4,500 rpm. The difference between the Cup is in the chassis, which stiffens anti-rolls bars and bump stops by 10 per cent, springs by 25 per cent and dampers by 30 per cent. There’s also an additional Torsen mechanical limited-slip differential.

What we get in the local offering 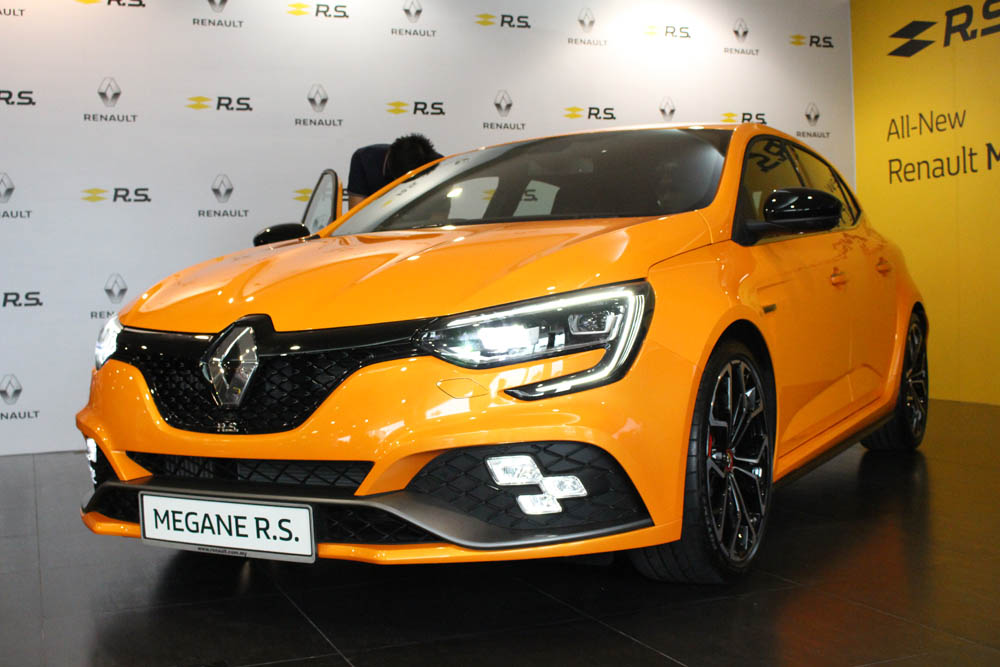 Those looking to get the RS 280 Cup will have the option of choosing a 6-speed manual transmission, or the EDC dual-clutch automatic. The century sprint is achieved in 5.8-seconds for either unit, and top speed is 255 km/h on the manual; 5 km/h less on the EDC. 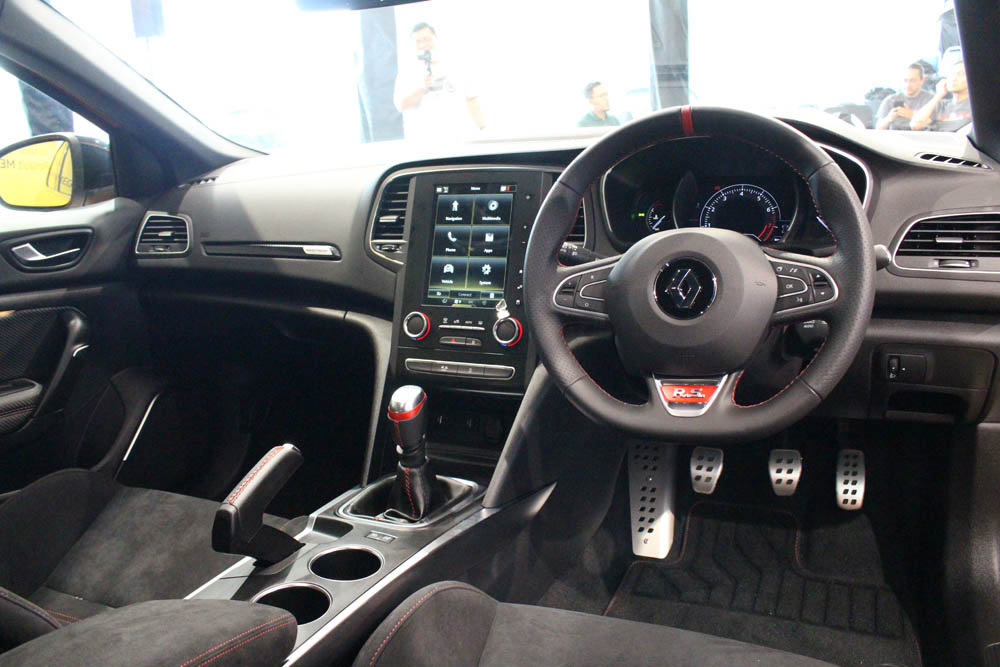 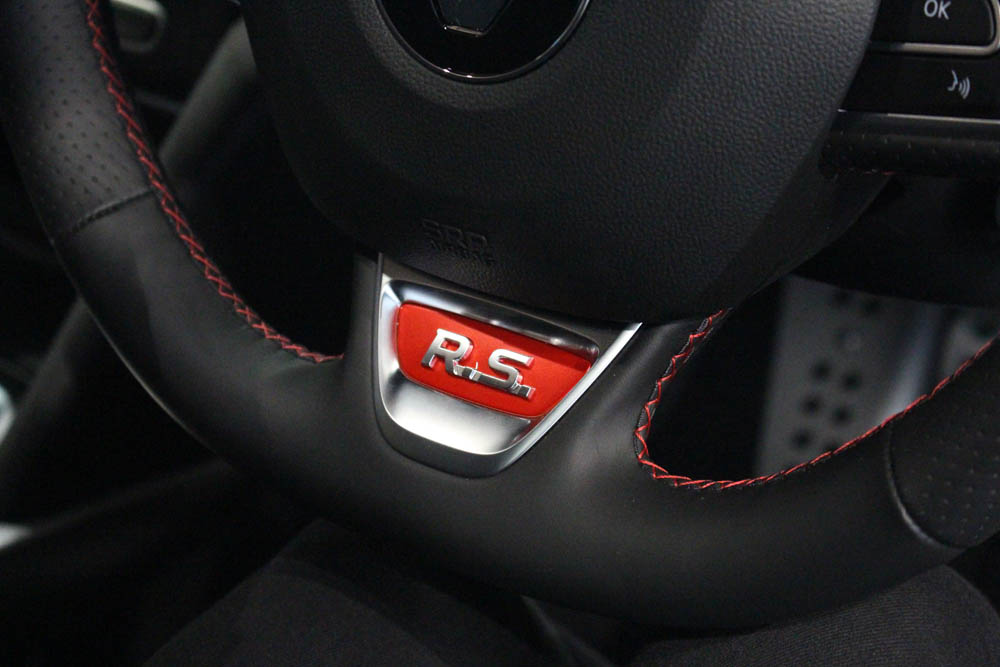 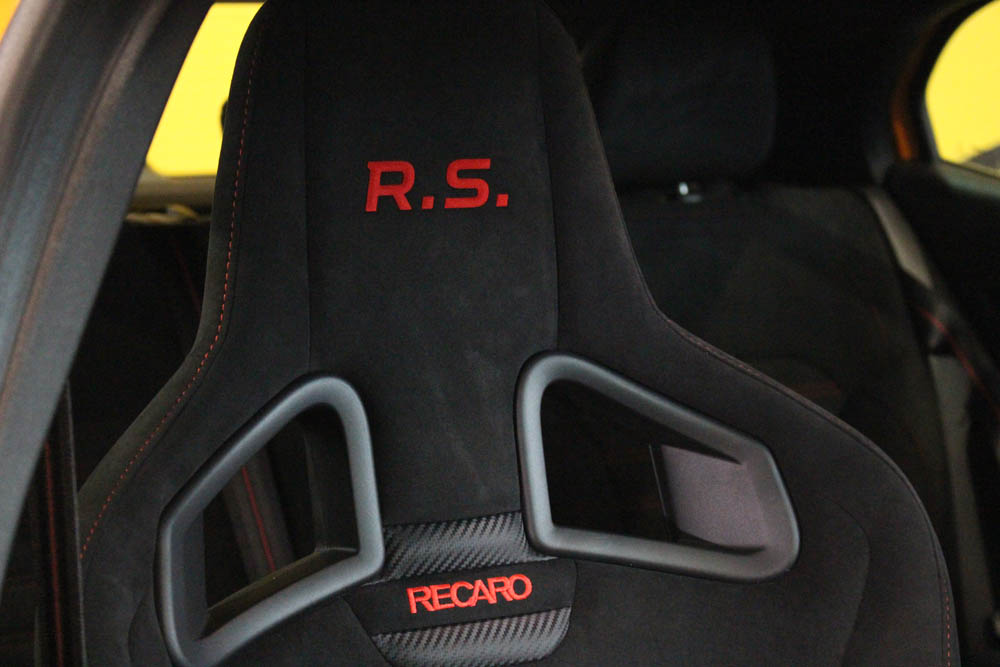 The seats featured in the preview car are optional Recaro bucket seats.

As for the interior, the seats are RS sport seats with integrated headrests. Driver instrument cluster is a 7-inch full colour TFT screen with personalised design settings, and is joined by an 8.7-inch capacitive touchscreen infotainment unit with AUX, four USB and fingertip controls. To keep the cabin sophisticated and current, there’s also ambient lighting.

A step up in handling and agility 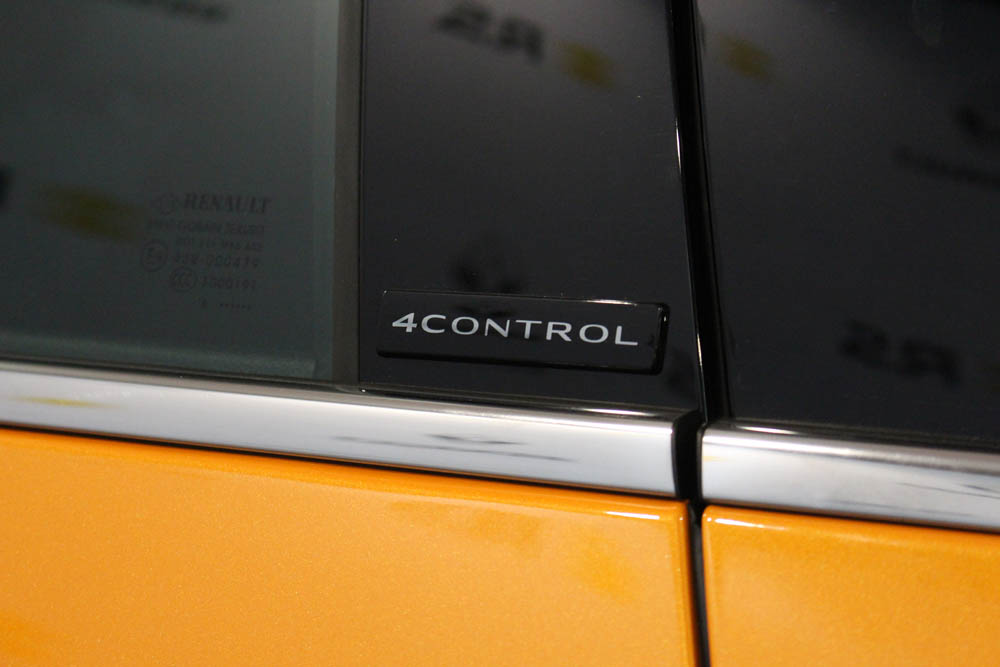 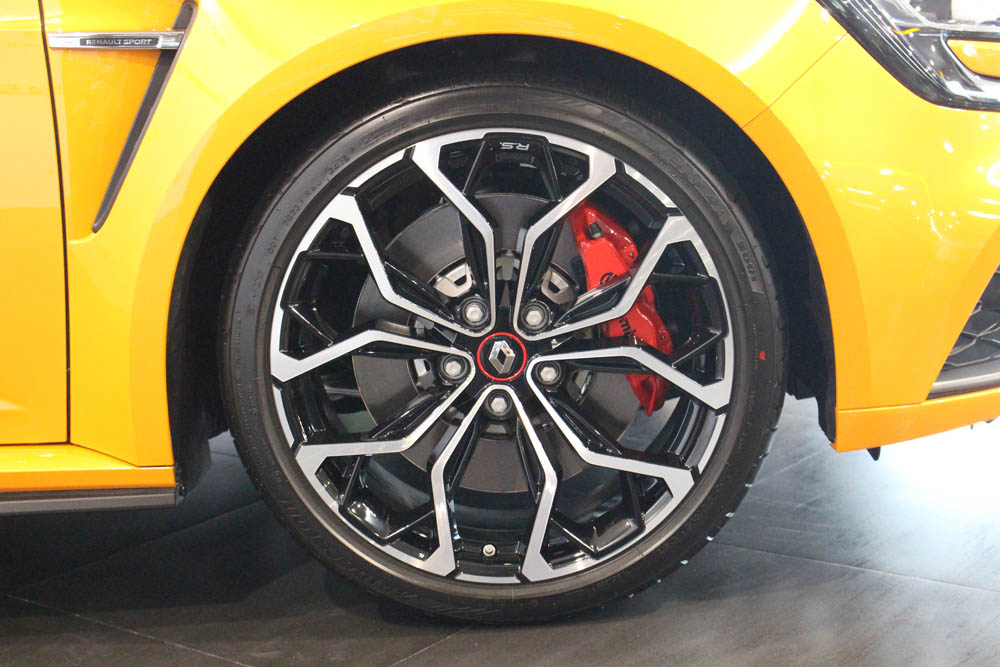 The most interesting part of the new Mégane RS is the four-wheel steering system that is the world’s first in the compact car segment. Known as 4Control, the rear wheels turn in the opposite direction to the front wheels up to a maximum angle of 2.7 degrees when under speeds of 60 km/h. It is mentioned that there is 20 per cent more direct steering and perceptive handling thanks to the angle. At higher speeds however, the rear wheels turn in the same direction as the front, limited to a one-degree angle that increases driving stability. 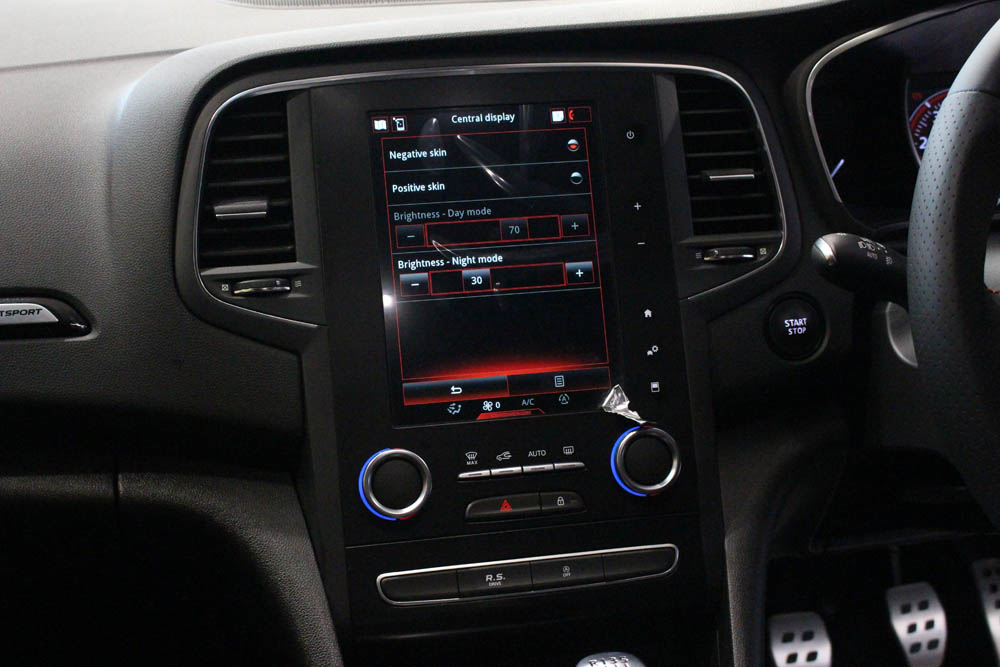 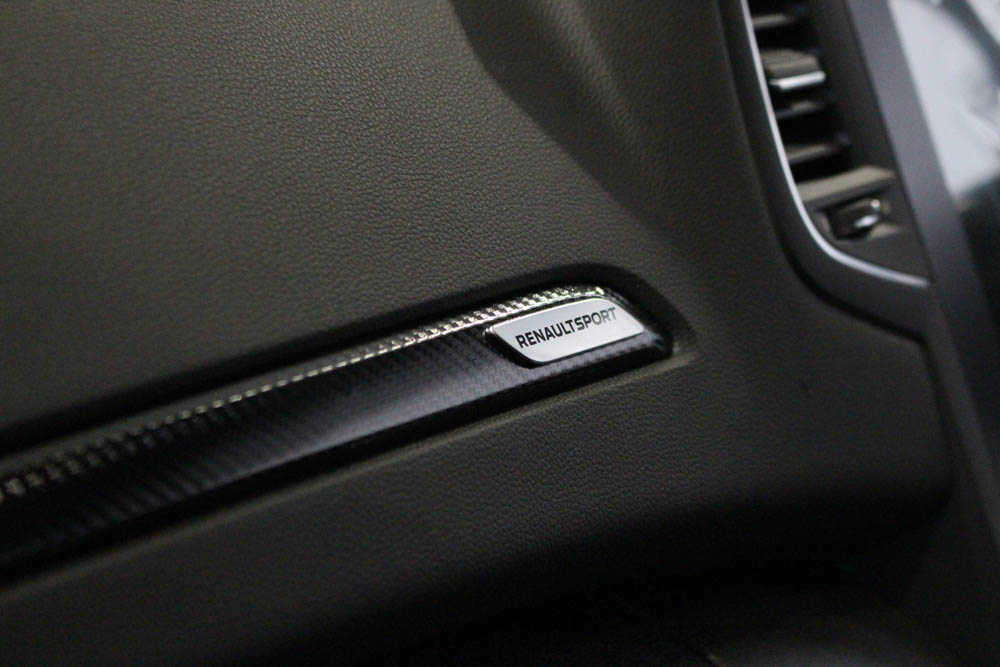 On board is also Renault’s Multi-Sense driving modes of Comfort, Neutral, Sport, Race and Perso. Comfort here is tuned for better fuel economy, Sport has a livelier response and delayed ESP threshold, Race disables ESP completely while Perso allows the driver to customise the settings of the car.

Form and function in technology 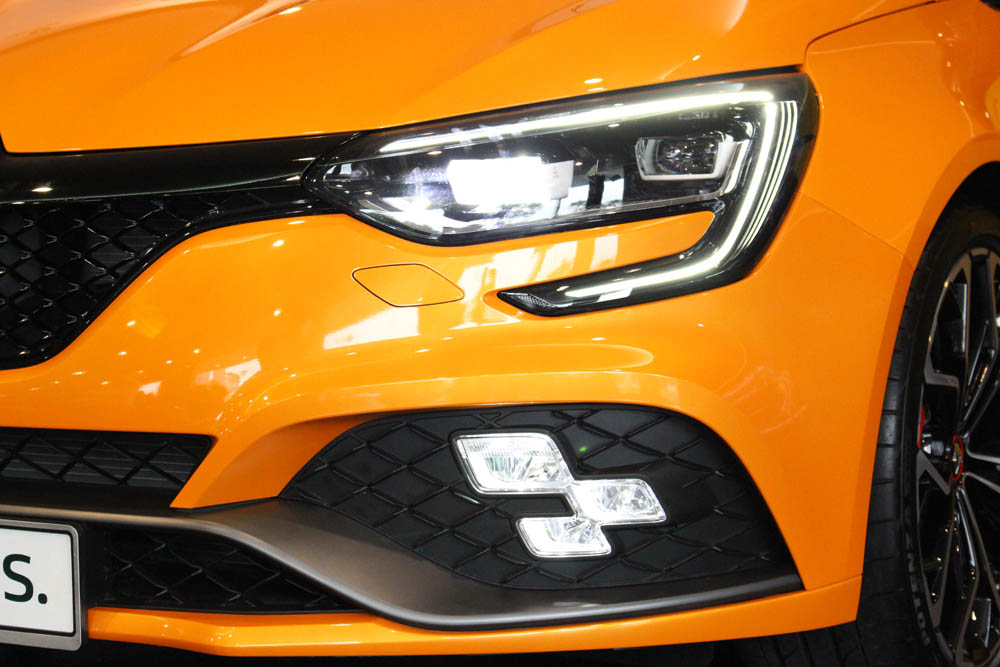 First seen in the Clio RS, the multi-reflector LED lighting system is called RS Vision and comes standard on the Mégane RS. The chequered flag design are on the front bumper. Each block consists of nine LEDs per block and include side lights, cornering lights, fog lights and long-range high beam lights. The range has been improved by 17 per cent compared to the previous generation. 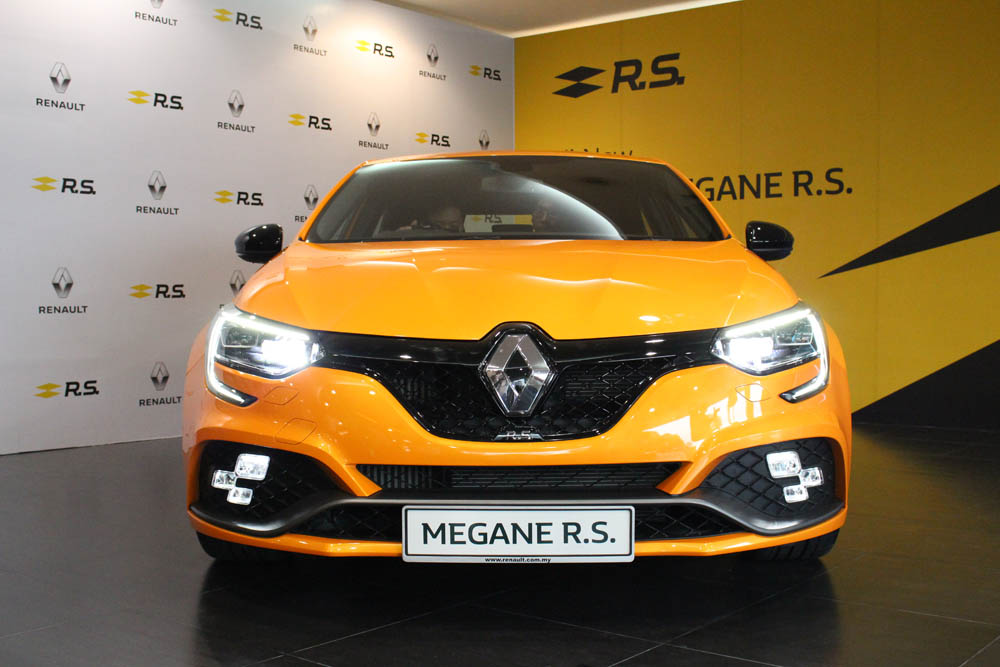 The Mégane RS 280 Cup is priced at RM 279,888 for the manual transmission and RM 299,888 for the automatic. Interested customers can now book the new Mégane RS and the first 10 customers who do so before 31st May will also get an all-expense paid trip to France that includes a visit to the Renault Sport facility in Dieppe. Test drives unit of the manual will only be available from August onwards by appointment. Warranty is three-years or 100,000 km whichever comes first.

Like hot hatches? This red Mercedes-AMG GLA 45 should interest you.

Go back to the humble beginnings of the Toyota Supra before the all-new generation reaches our shores!

Sell your car through Carsome and try out our nationwide bidding system that connects your car to over 1,000 dealers!