Deprecated: Function Elementor\Widgets_Manager::register_widget_type is deprecated since version 3.5.0! Use register instead. in /www/newsmalaysia_263/public/wp-includes/functions.php on line 5383
 How Snap Oversteer Crashed this Porsche 996 GT2 in Malaysia Skip to content

Snap Oversteer Claims Another Victim! This Time is a Porsche 996 GT2

Recently, a dashcam video circulated on the internet in which a Porsche 996 crashed at the Jalan Damansara Toll a few days ago. A Porsche 996 was beginning to accelerate after exiting the toll before it swiveled out of control, crashing into a Toyota Hilux in the opposite lane. As of this writing, there’s no word on both drivers’ conditions. But, it’s safe to assume both walked out unscathed albeit with a huge deduction to their NCDs and one less Porsche on the street.

Our condolences to the poor Porsche driver for needing to bear a huge amount of repair costs. However, as the viral video gets shared around, people have been asking how did the Porsche manage to swivel out of its lane? Did the Porsche lose control as it accelerated? First off, let’s begin by talking about the Porsche in the picture.

Read More: Meet the 5 most expensive Porsches ever sold at auction

The Porsche involved in the crash was presumably a 1997 – 2006 Porsche 996. Although the authenticity of its GT2 specification is up to debate, we’ll leave it to your speculations. Nevertheless, it’s important to talk about the Porsche in the picture and why they are historically known as “Widowmakers”.

Porsche’s core philosophy in their cars has always been using mid-engine, rear-wheel drive for all their 911 generation of cars. This particular generation of Porsche can be had with a 3.4 L – 3.6 L naturally aspirated or turbocharged flat-six engine. Mated with either a five-speed automatic or a six-speed manual transmission that sends at least 484 PS and 596 Nm. Being a boxer engine, it has an incredible 5,700 RPM to match and does the century sprint in 3.6 seconds (Per 996 GT2 Specs), an impressive feat for a car made by 1999’s standards.

For the uninitiated, Mid-engine, Rear-wheel drive cars (MR) are vehicles with their engines and drivetrain mounted on the rear end. MR vehicles have a performance advantage in traction and acceleration compared to contemporary front-engine, rear, and front-wheel drive cars. However, this comes at a cost of poor weight distribution which causes a tendency to oversteer and crashes easily.

Aside from Porsches, a handful of MR vehicles are available, such as Lamborghini’s, the infamous Toyota MR2 lineups, and Pontiac Fieros. Even modern Porsches, despite all the driver assists, are prone to this issue as demonstrated on this 2019 Porsche 911 Prototype at the Nurburgring.

Now it’s hard to put the finger on the cause of the crash here. Some blame hydroplaning due to wet road conditions or just simply Porsche’s iconic Snap Oversteer in action. Before we get into what snap oversteer is, we need to explain what’s understeer and oversteer in vehicles first.

Understeer occurs when your vehicle isn’t turning as desired while cornering at high speeds. For example, when you turn your steering wheel to a sharp right, the whole car only turns slightly or still goes in a straight line, and the car crashes. Understeer is a common issue with front-wheel drive cars, but it can happen to rear-wheel and all-wheel drive too. To counter understeer, lift off the throttle to reduce speed and allow the front tires to regain traction. Additionally, braking early before taking the corner will further mitigate this problem from happening.

If understeer is common among front-wheel drive cars, then oversteer is prevalent among rear-wheel drive vehicles. Oversteer occurs when the rear wheels lose grip from using too much power needed while cornering, and the car crashes. Similarly, just like understeer, slow down by gently lifting the throttle of your car if you think the vehicle is about to turn more than expected or beginning to lose grip on the rear wheels. In the motoring world, oversteering is widely regarded as the basic principle for drifting. Cue the Eurobeat music.

What is Snap Oversteer?

Now we got both principles explained, it’s time to explain what snap oversteer did to that Porsche. Snap oversteer is a phenomenon in MR cars when the driver lifts off the throttle mid-cornering. What follows after, is all the weight at the rear of the vehicle gets sent to the front of the car in a quick motion; while making the rear suddenly light in weight. For vehicles, less weight applied on the wheels equates to lesser grip exerted – this sends the Porsche spinning out of control from all the weight and grip present at the front.

Although officially, it is dubbed as lift-off oversteer, the term snap oversteer tends to be applied when the vehicle in question is an MR layout. We suspect this Porsche accelerated too hard on wet roads and the following events transpired. There is a whole lot of physics to explain but this article we found here puts it better and in detail.

How Can I Counter Snap Oversteer? 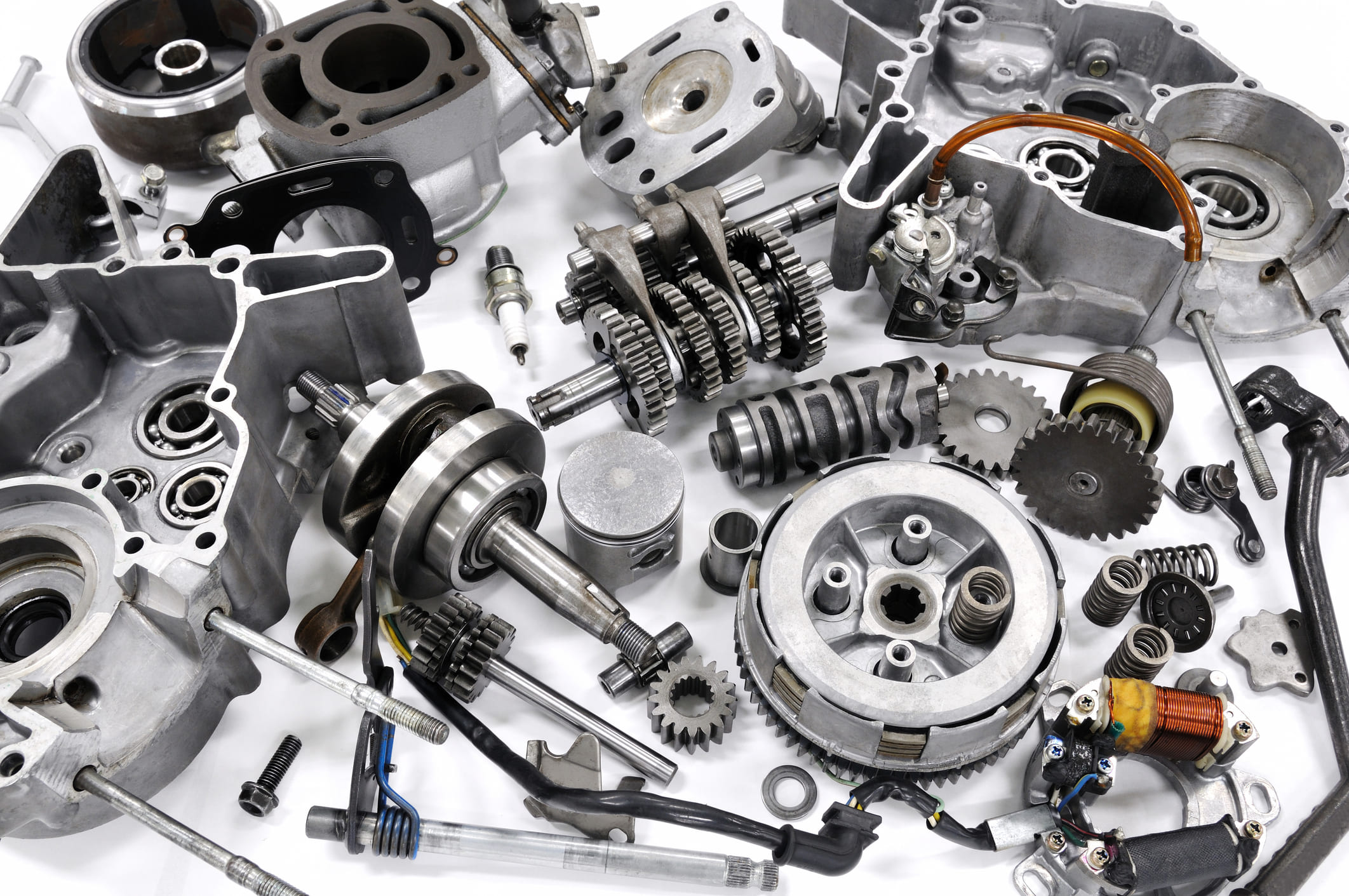 Start With Your Modifications

A saying that is as old as time; prevention is better than cure. Or in this case, a total loss of your vehicle. If you do own an MR vehicle, consider applying the following modifications:

Lowering the vehicle’s ride height can increase the center of gravity – by shifting the weight and grip of the car to the rear. When more grip is applied to the rear of an MR vehicle, this lowers the chances of snap oversteer.

A softer suspension will provide a more mechanical grip as opposed to a stiffer one. It reacts to irregularities on the road faster than stiffer springs; while offering minimal contact loss on the road. If you have aftermarket coilovers installed in your MR Vehicle, consider softening them to add more grip.

For those who don’t know what negative camber is, look no further than your local modified cars with their tires angled at 45 Degrees. Contrary to belief, negative camber, when done right, can provide increased handling to your vehicle under heavy cornering. Toe-in, on the other hand, is when both wheels on the rear axle are closer together on the front; and further apart from the rear. Having some amount of toe-in can provide more grip and stability to the rear of your MR vehicle.

Sway bars or anti-roll bars are aftermarket parts installed at the wheel axles that prevent your car from rolling around while turning. When you take a corner, the weight of the car gets shifted to the opposite direction of where your car is turning due to centrifugal force. This is what causes your vehicle to rock like a boat during turns. Having a stiff anti-roll bar or sway bar installed can resist torsions allowing the car to corner smoothly.

Having a big spoiler isn’t just all for show either. All vehicles produce a certain amount of airlift when cruising. In the case of high-performance cars, an aero kit or a spoiler can aid in aerodynamics by providing an ample amount of downforce that keeps the car planted on the road while at high speeds.

Read More: Horsepower vs Torque, Which Is More Important for Your Car?

Now We Talk About Technique

Brake and Slow Down in a Straight Line 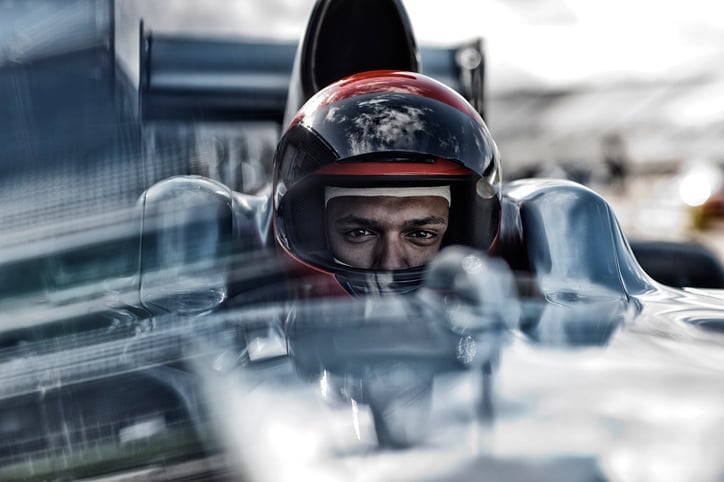 Before you can rush into a corner, bear in mind that an MR vehicle will behave very differently compared to other contemporary front-engined cars out there. Braking while cornering or accelerating too fast is how you turn your MR Porsche into a spinning Beyblade that will collide with the nearest wall, tree, or another car. By braking in a straight line, dropping a few gears, and feathering the throttle, it keeps the car steady while maintaining the weight balance it needed to prevent it from spinning out.

Go Gently on the Steering Wheel as Possible

Once your car has slowed down, you’re going to need to turn the steering wheel as easily as it goes. Yanking the steering wheel too hard or without slowing down adequately is what causes understeer to happen. Oversteer follows after due to the rear weight being rapidly transferred to the front.

If the Car Starts to Oversteer….. Read More: Bring on the Budget: Buying a Car for Your Teen

As of this writing, we have no news on this Porsche’s condition but we trust that the owner would try to patch this up as best as they can. We conceivably hope that both parties can sort this accident out with a mutual agreement and make this incident a point of reference to inexperienced drivers for those who wish to own an MR vehicle in the future.