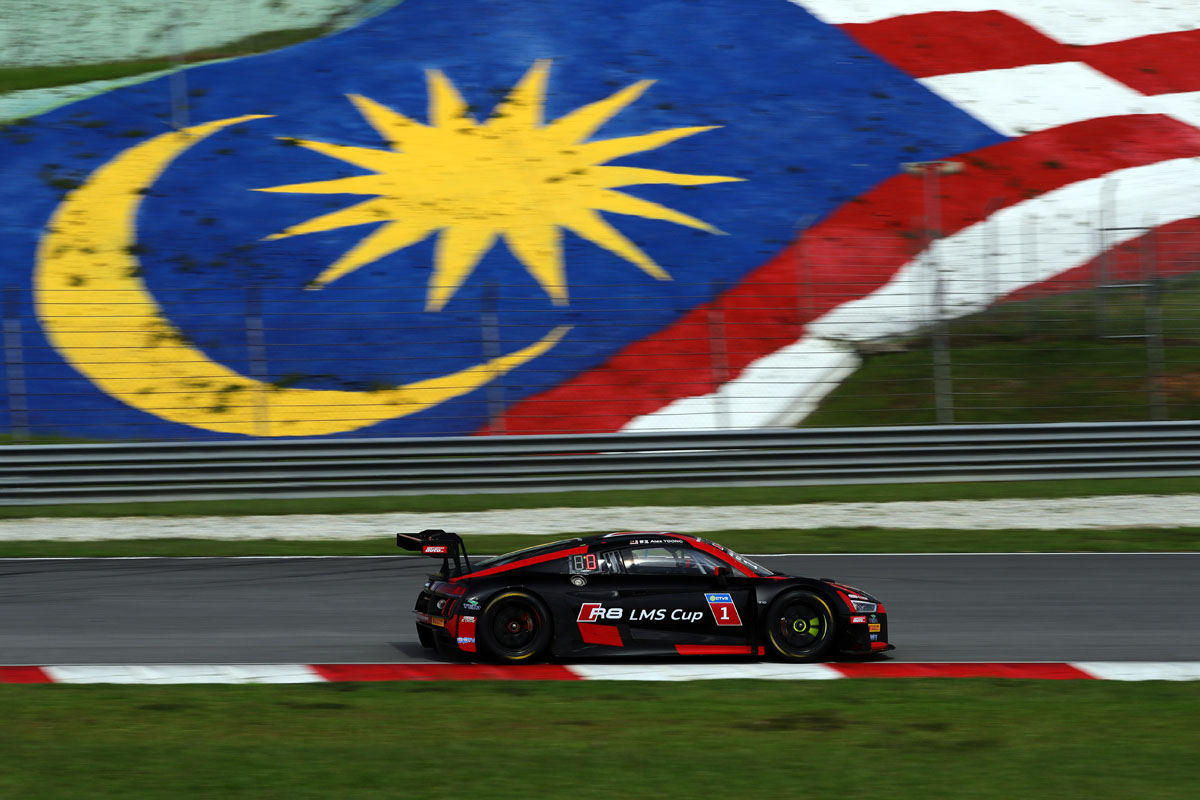 The 2017 season of the Audi R8 LMS Cup began early this month with an interesting line-up of new drivers and innovations to make this sixth Cup season, one of the most interesting yet. 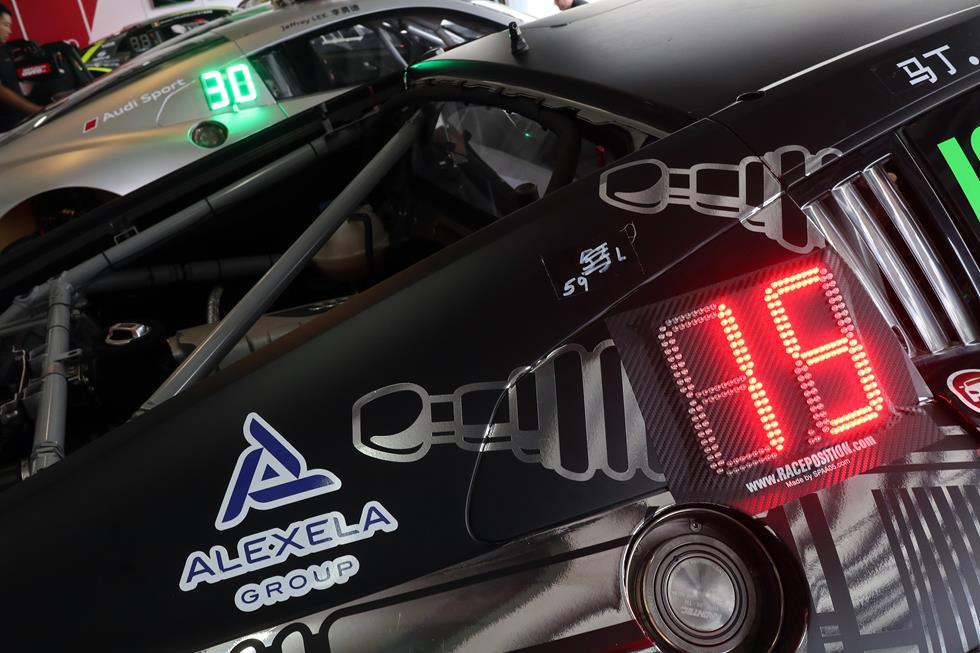 In terms of innovation, this season sees the return of push-to-pass, where drivers are provided with 12 temporary 10-second boosts of 50-horsepower for their cars that add a layer of strategy for each race. And for the first time, the remaining push-to-passes available for each driver is visible on each side of the cars through an LED display (which flashes when in use). Furthermore, a weight success ballast system provides a challenge for the drivers as the race winner will have to drive with an extra 50 kg in their car (35 kg for 2nd place and 20 kg for 3rd) for the following race. 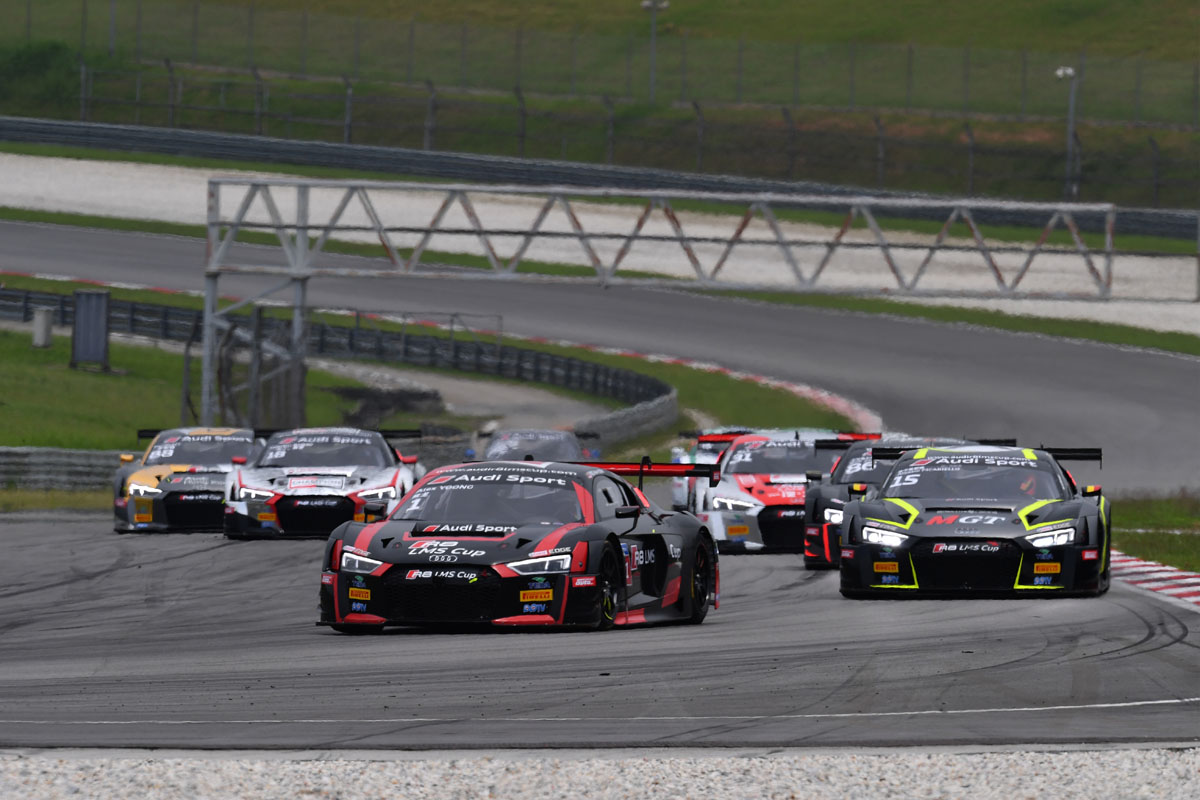 For this year’s first leg, three-time Cup Champion and Malaysian racing driver Alex Yoong takes an unexpected spin on Round 1 but regained a win for Round 2. Overall, Belgian Alessio Picariello maintains a 14-point championship lead ahead of Alex Yoong.

Present at the race as well was Audi Sport’s current CEO, Stephan Winkelmann, who managed to spend time with the media in a Q&A session (together with Bernd Goeres, Director of Audi Sport customer racing Asia) about his former position at Lamborghini, and his plans for Audi Sport. The following Q&A was conducted by various media’s during the group session. 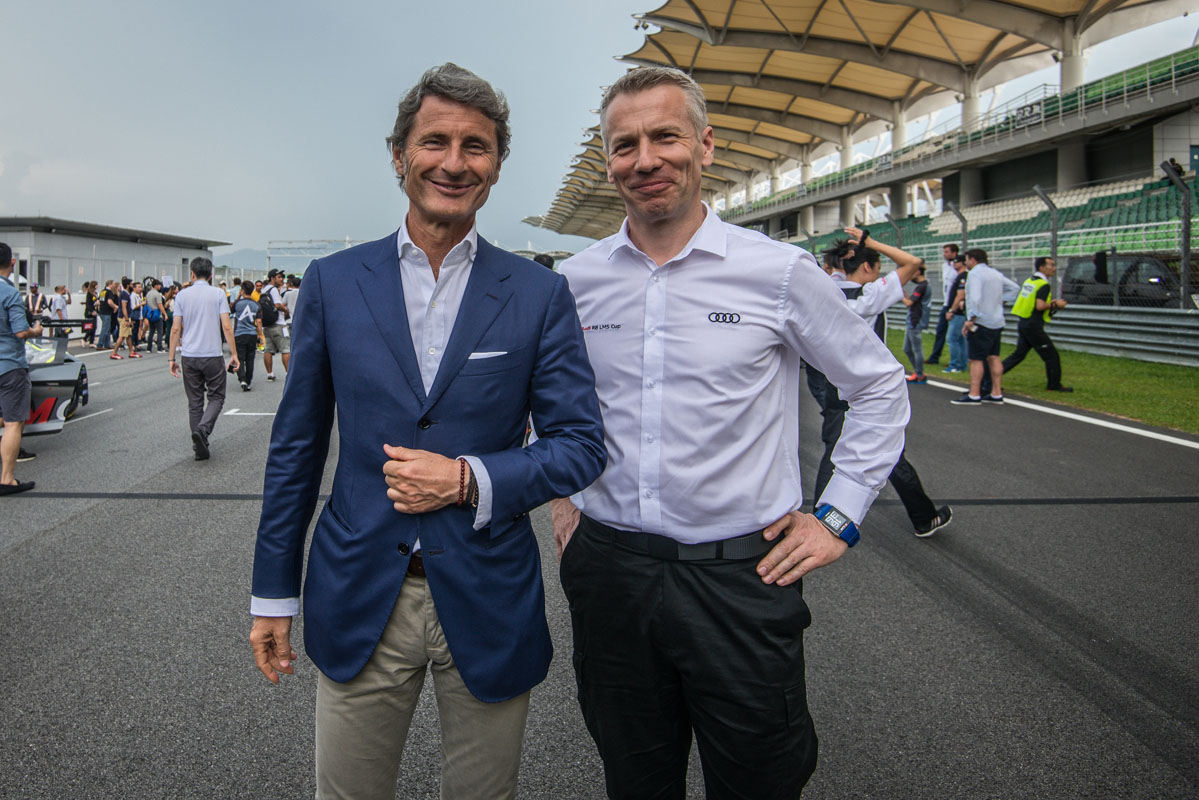 The R8 Cup has been around for six years now, and its roughly been about five to six tracks per season. Are there any intentions to bring it out of Asia or expand it to include more tracks?

BG: We always plan the season ahead of time, and we have already begun planning for next year. For us the focus is in Asia because of our base in mainland China, so the Chinese market is important for us. But we always look where there are interesting race tracks. For us this is very important for our drivers. For example, we have already gone to Abu Dhabi once, so expanding is possible. What is interesting for us is how we can use this market to have a good programme for race drivers on a race track. 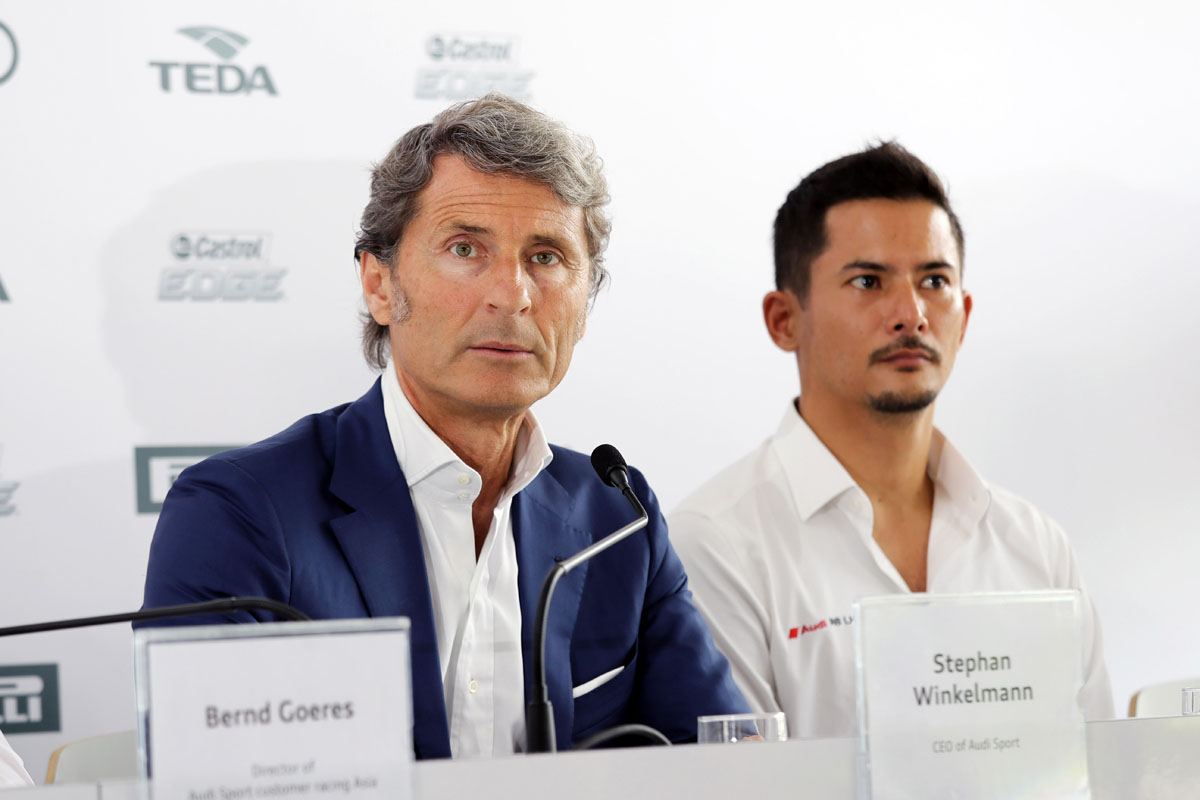 Where do you see hybrid technology heading in the Audi Sport brand?

SW: I think performance cars have to change and decide whether the next step will be an evolutionary or revolutionary approach. It depends on the steps you take when heading towards making a better electric vehicle because sooner or later the difference between cars of today, and the future, has to be explained to customers. It’s a matter of battery technology, weight of the car, keeping up with the top speed, range and infrastructure. One day, a customer will be asking for a sports car where sustainability will be part of the everyday. Because of the new generation, mindset, and legislation of things will influence the way we look at a car of tomorrow. But there will be a difference between the first electric cars and the last of the combustion engine cars. It is very important to explain what you’re going to do, and why you are going to do it. 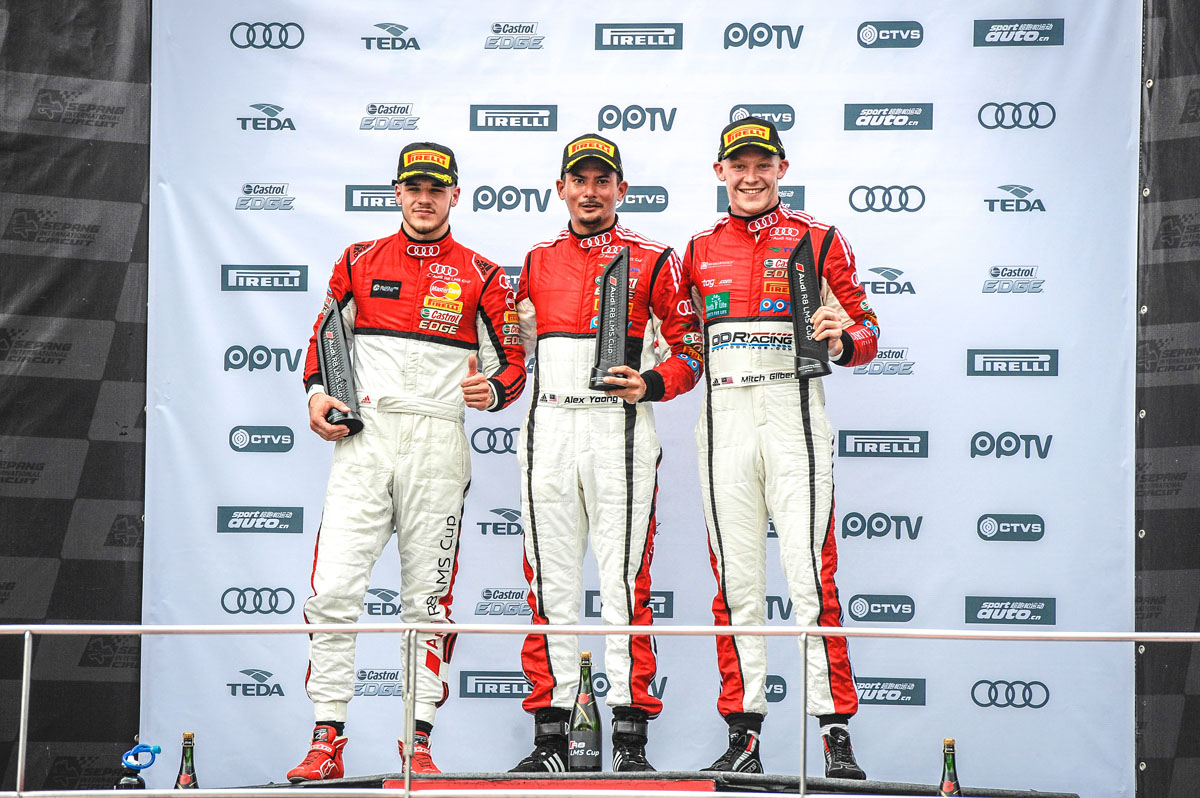 Round 2 of the race podium is (from left) Alessio Picariello, Alex Yoong and Mitch Gilbert.

How do you decide which models become Audi Sport models?

SW: It depends on the segments and body styles. You skip the ones which are not made to be performance cars, but you also have to look carefully into the growing segments and the models which give prestige to a brand. Then there is a scarcity and priority, and for me, size, bodystyle and segment matters. For example we believe SUV’s will be more important for the Audi Sports line, the limousines and other types of cars. 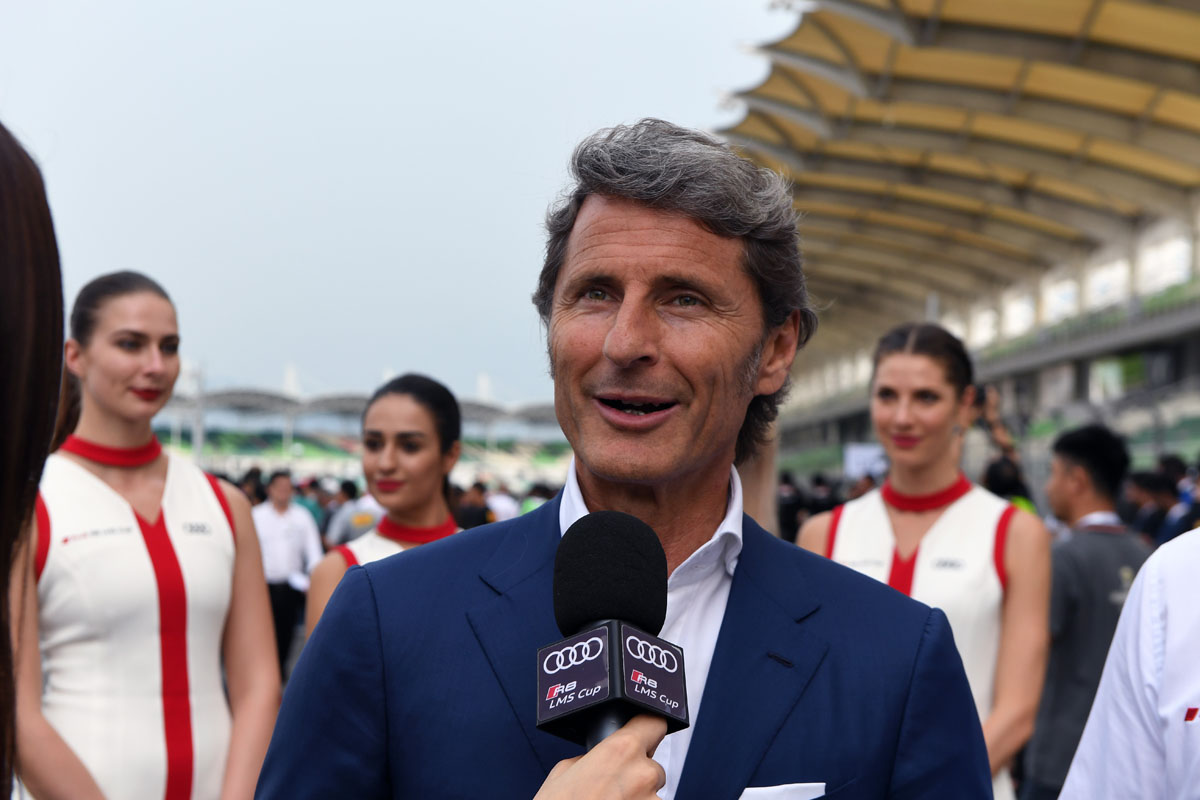 Where do you see innovation heading to?

SW: Audi is known for Vorsprung durch Technik, we invest in the future, which means investing in the latest technology. We have to pick the things which are paramount for the success of tomorrow, and that which is making a difference as a brand. We then decide which is the right thing to do. As an example, if you look at Ur-Quattro versus the Quattro of today, you have a big difference. We have to create new things, believe in the future to be as good as the present and the past. Because if you can only repeat what you do best, you will be recognised as someone who is running out of ideas.