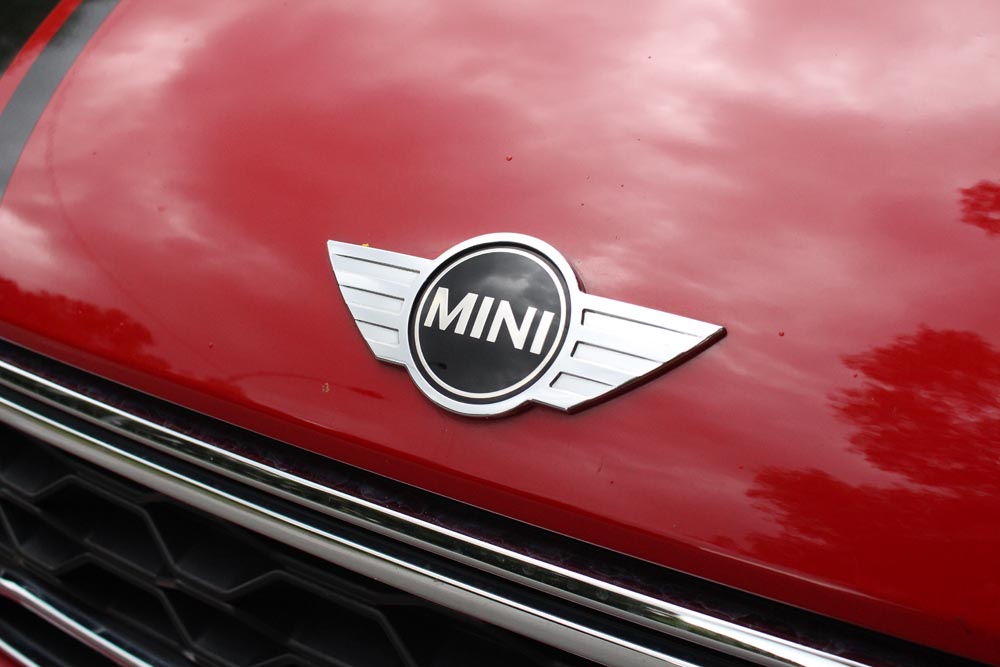 Since its revival by the BMW Group, the Mini brand has been an absolute hit. The new generation Cooper hatchback designed by Frank Stephenson was the start of an all-new stand-out design that had a thing for circular shapes and rounded edges. Of course the theme hasn’t changed since then. Mini soon rolled out the Cooper S, an “estate” Clubman model in 2008, a convertible a year later, and the first ever five-door crossover called the Countryman in 2011. 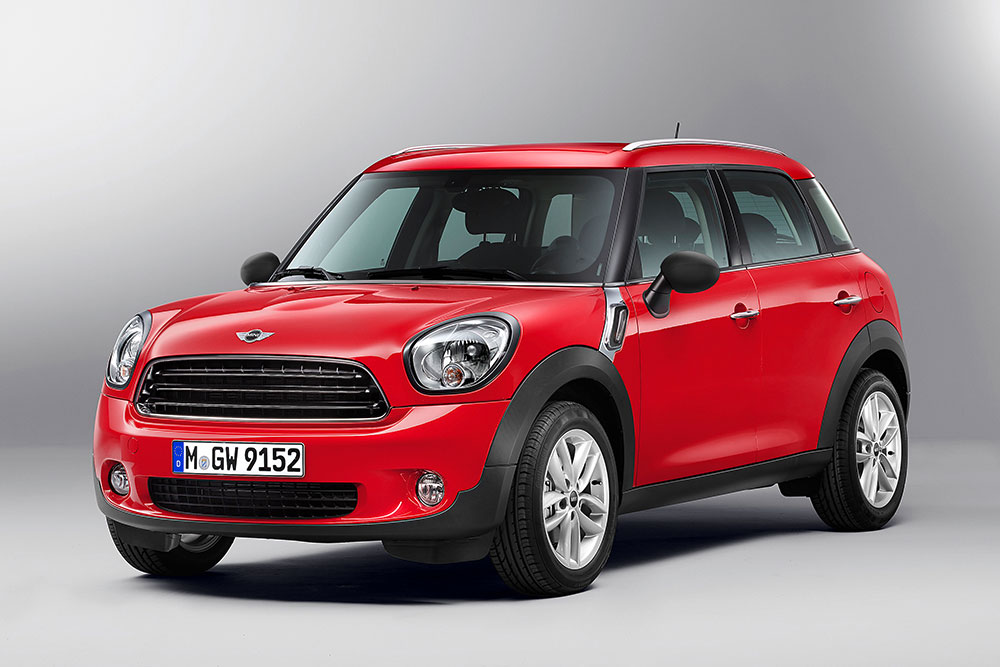 The first generation Mini Countryman. A lot has changed since.

The Countryman at the time, was a great choice for Mini lovers who wanted more space and doors without detracting too much from the Cooper design and that much loved ‘maximum go-kart’ feel and handling. Yet, considering that the brand now has a range that includes a hardtop, hatchback, convertible, coupe, roadster, clubman, and even five-doors on the Mini hatch, is it customary for any new Mini owner to get the hatch before exploring the range? 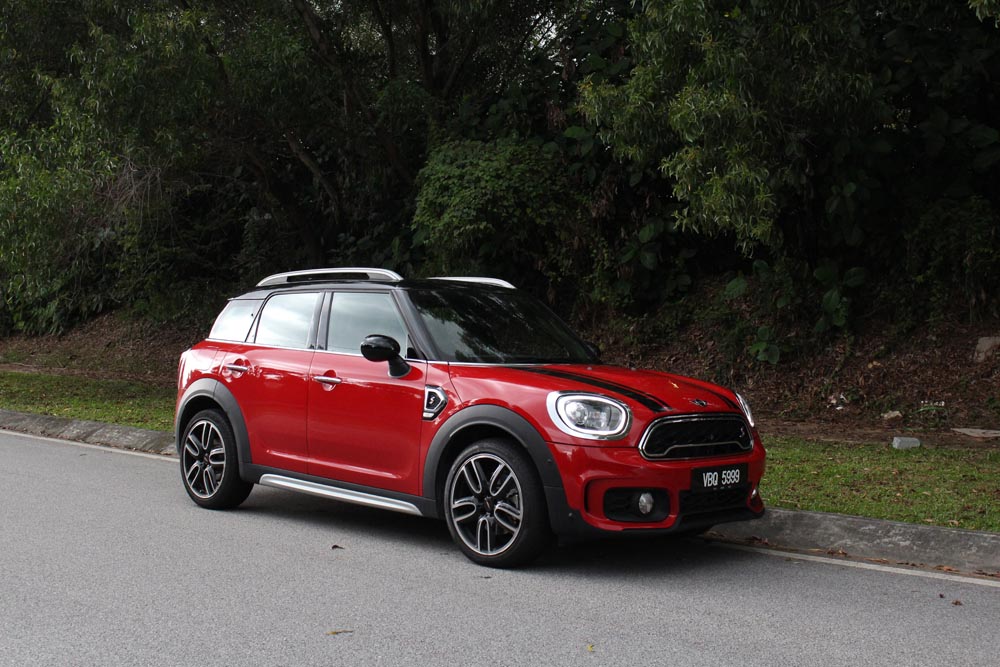 Could you choose the Countryman over the standard Cooper hatchback? We test out Mini’s latest Cooper S Countryman Sports and reach a verdict. 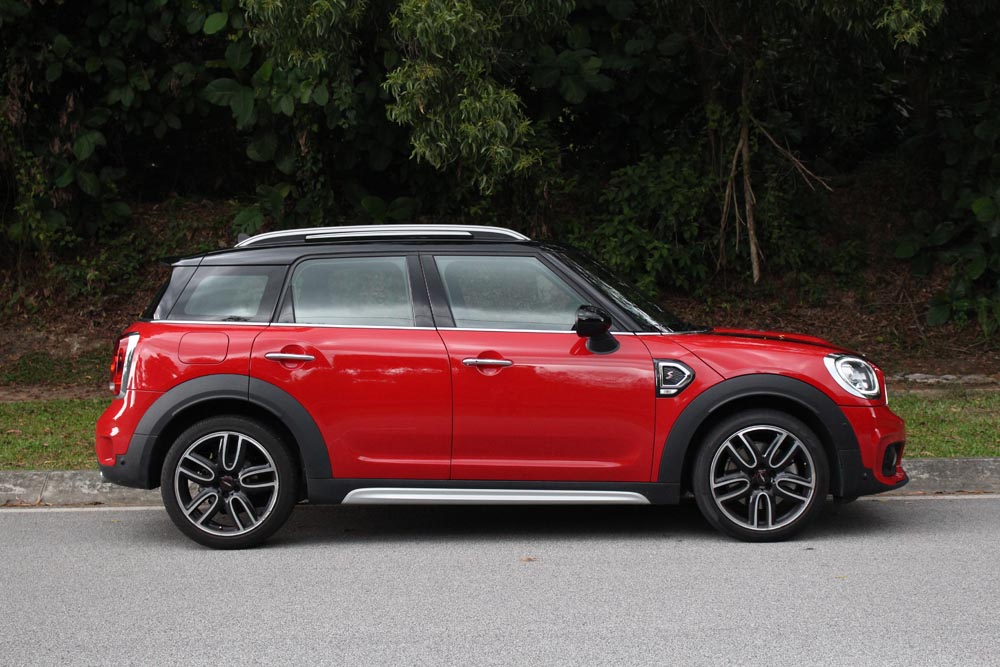 Launched about eight months ago in Malaysia, alongside the Cooper S E Countryman (better called the Countryman PHEV), the Countryman Sports and the plug-in are the first Countryman vehicles assembled locally. This makes Malaysia the first market in the world outside of the Netherlands to assemble these cars. 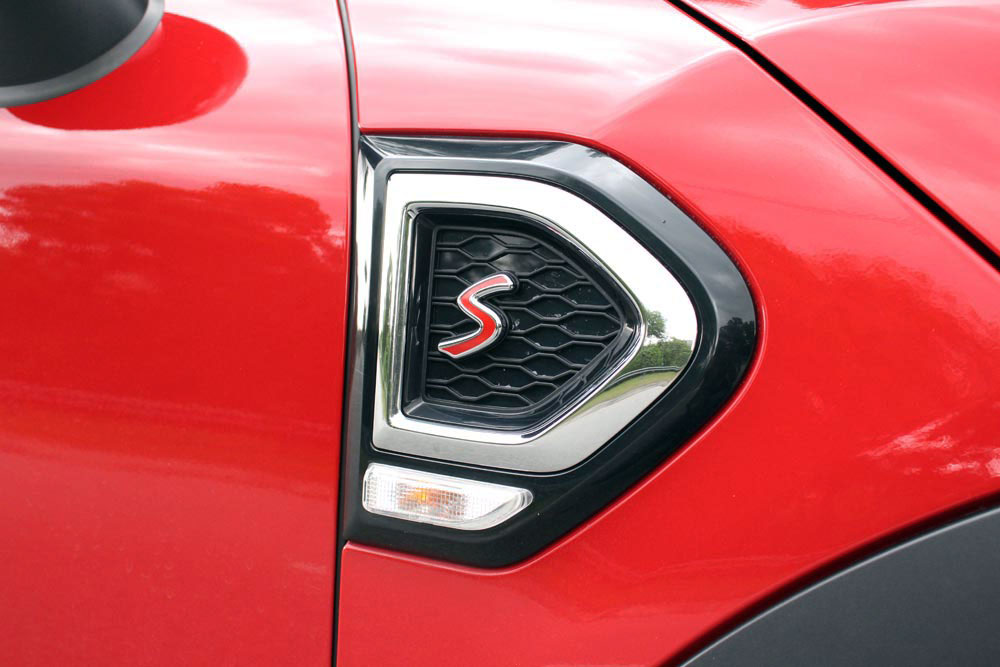 What Mini Malaysia has done with the Countryman line-up with the Sports and PHEV is replace the original Cooper and Cooper S launch models with better feature packed vehicles. Customer choices since are either a PHEV Mini, or the Countryman Sports which is Cooper S flavoured. 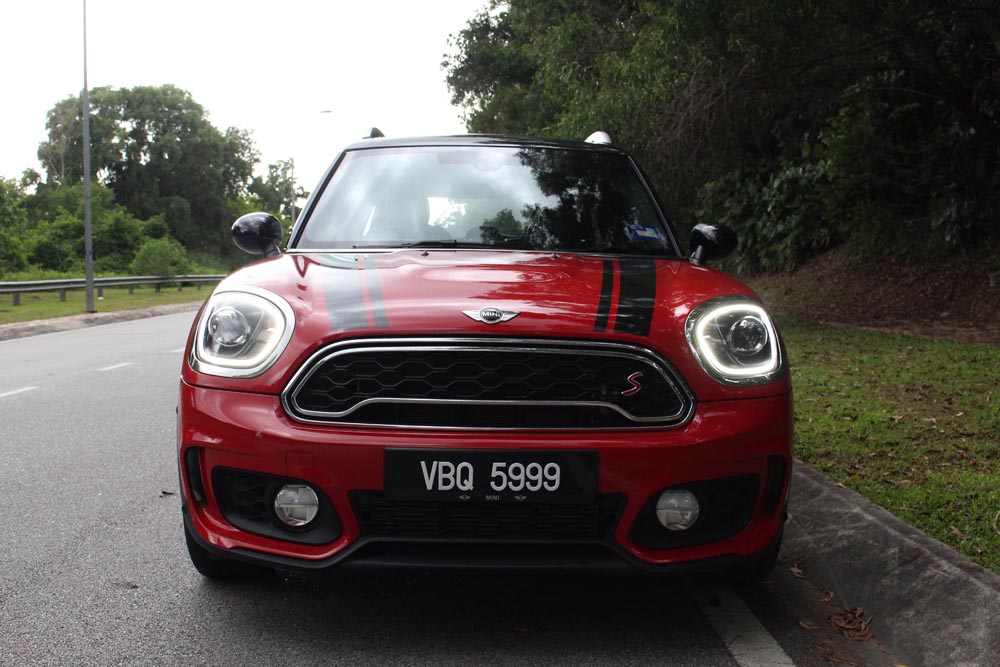 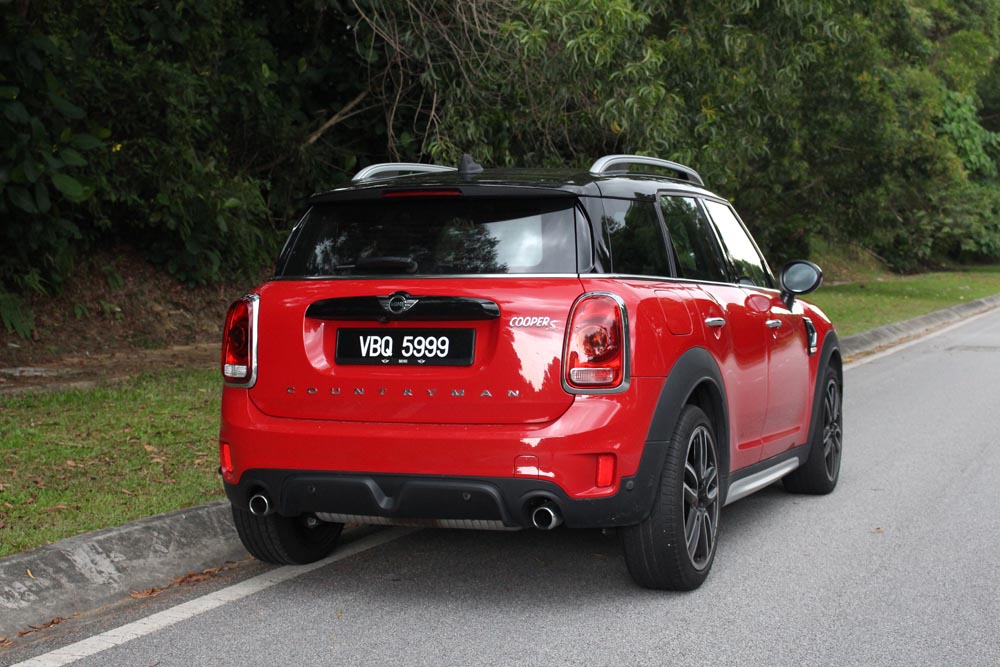 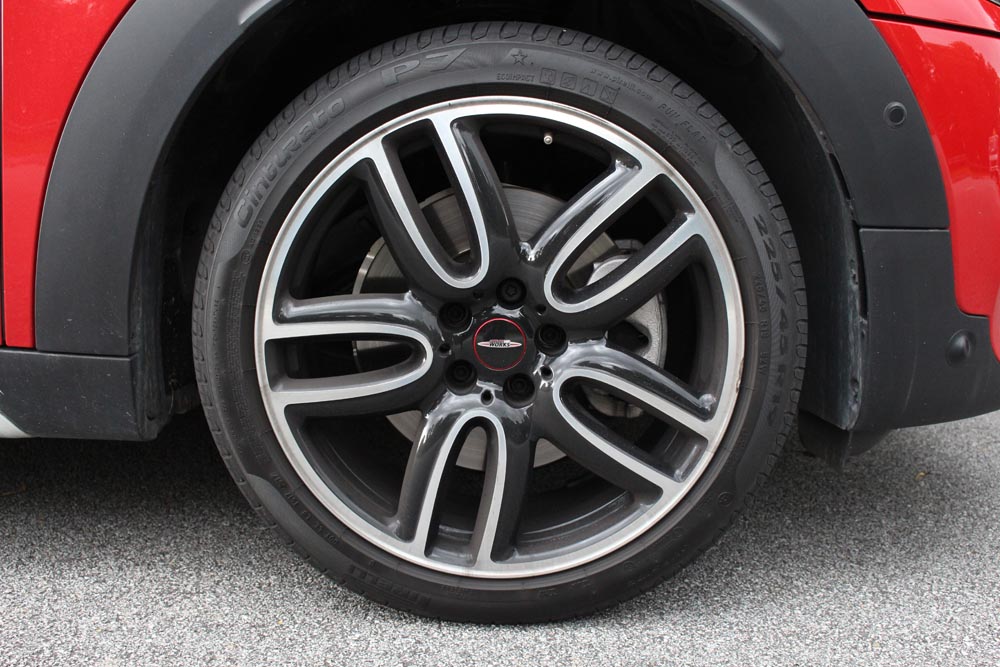 In terms of looks, we think the new second gen Countryman trims the plump with a leaner look compared to its predecessor. Here the Countryman Sports comes as standard with the John Cooper Works Aerodynamic kit. This wraps the front and rear bumpers with a more aggressive look (the front bumper has brake cooling ducts), slaps on a rear diffuser and finishes things off with 19-inch JCW Course Spoke alloys. 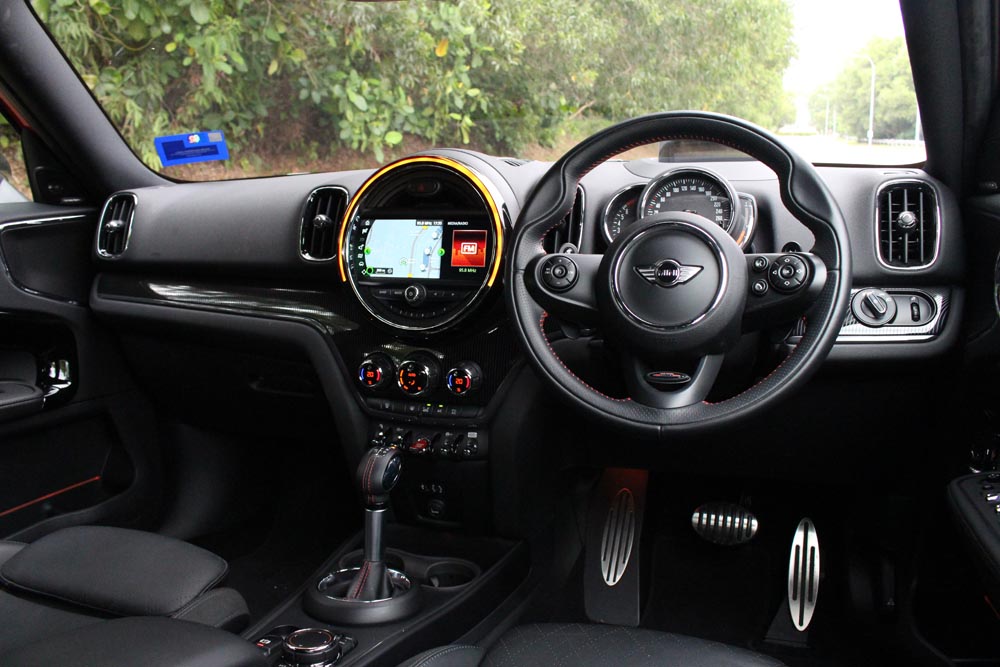 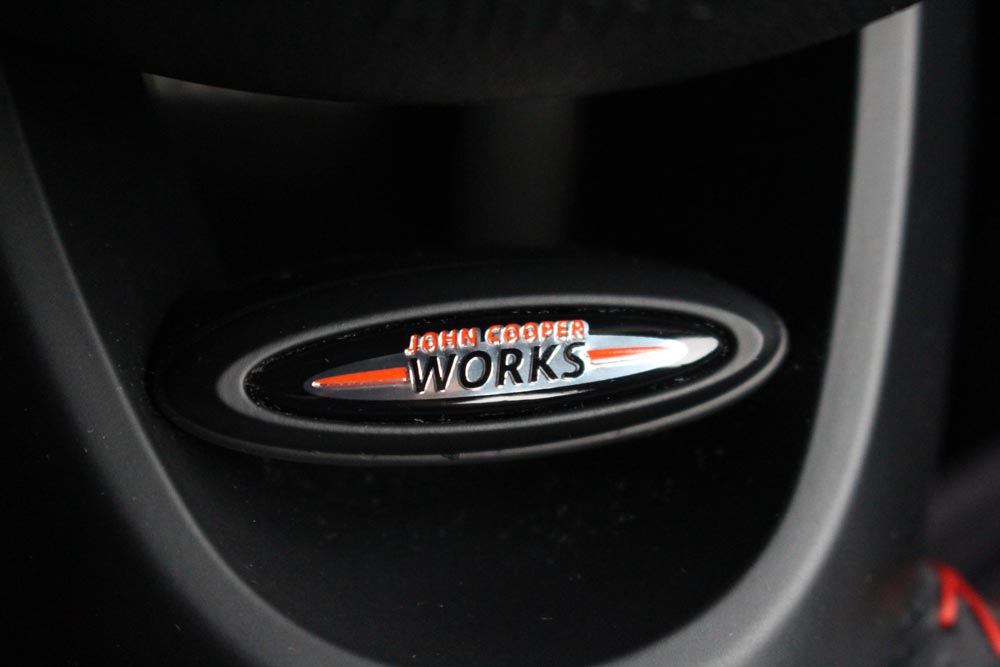 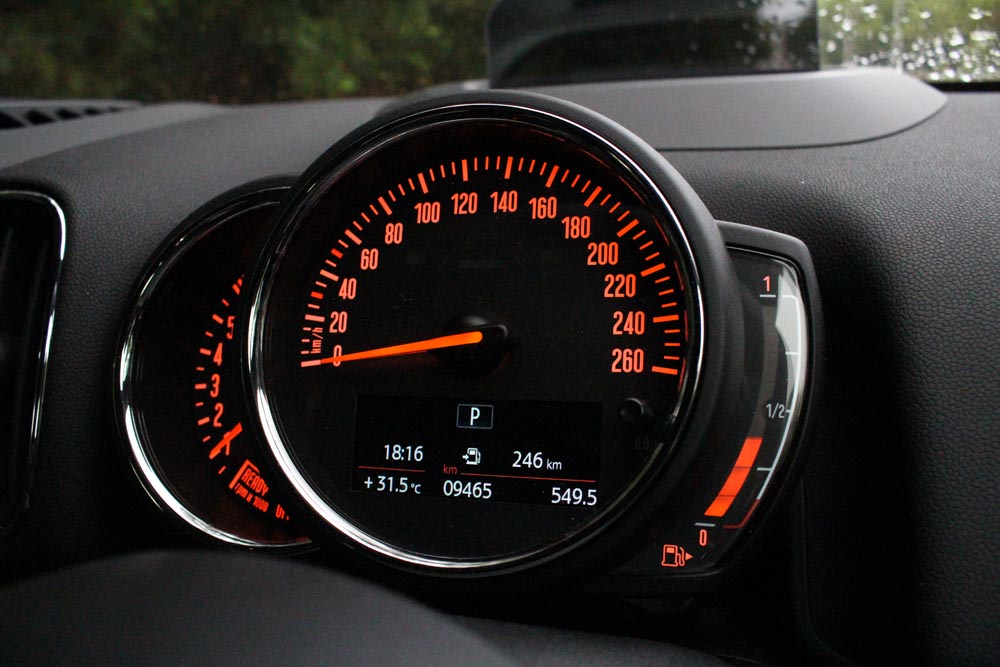 Inside, the treatment is peppered with JCW door sills, JCW steering wheel with paddle shifters, and is decked in the Mini Yours Piano Black trim and Cross Punch leather seats. 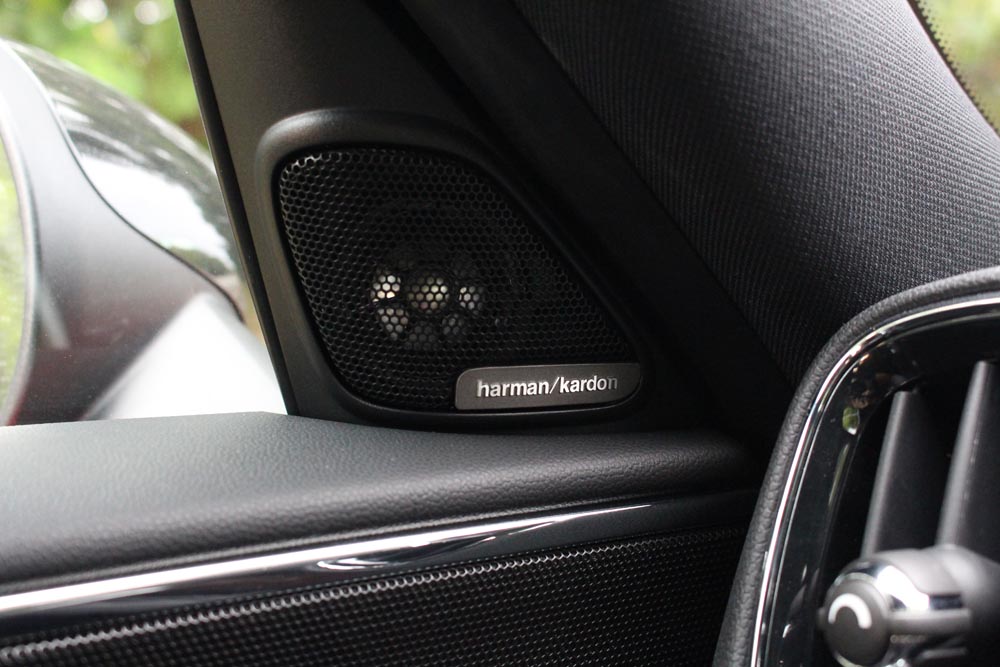 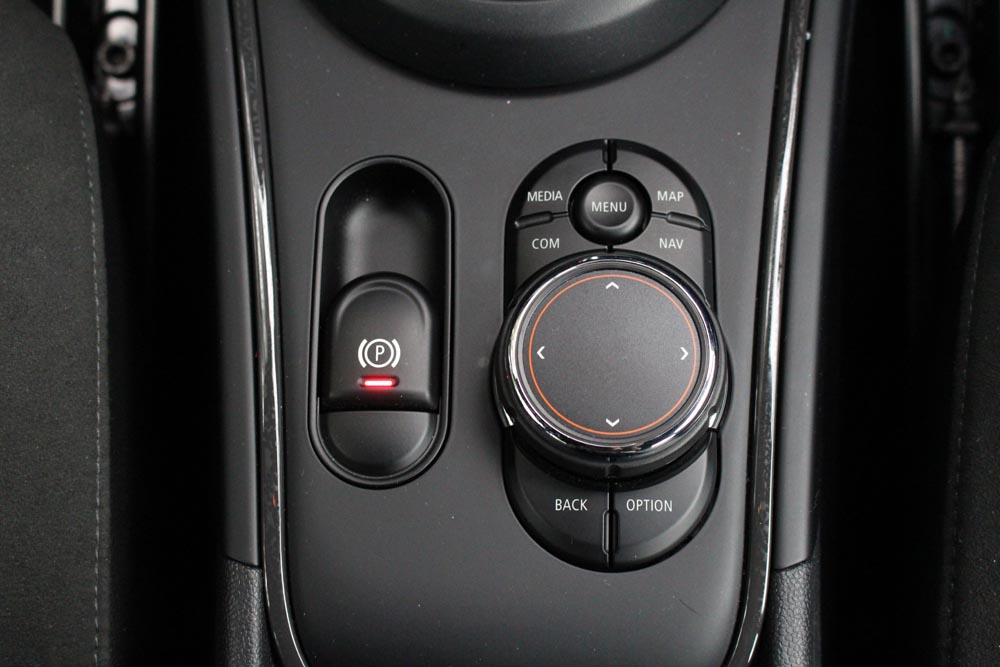 What did we like? Between the current offerings of the Countryman E and Sports, the latter gets more kit compared to the electrified model. These include the 8.8-inch touchscreen display running on the Mini navigation system professional, 12-speaker Harman Kardon sound system and a larger Mini touch controller. What we absolutely liked about the infotainment system is that it includes split-view, a fast and intuitive user experience and the icing on the cake is that it’s one of the first in the world to wireless Apple CarPlay.

There’s a lot to love here since the system is very responsive and is essentially BMW’s Professional unit that’s Mini flavoured.

For those unfamiliar with the colours and lights in a Mini cabin, the interior colour themes can be cycled through which also corresponds with the ring around the infotainment system.

The ring is also an indicator across various applications including adjusting the audio volume. 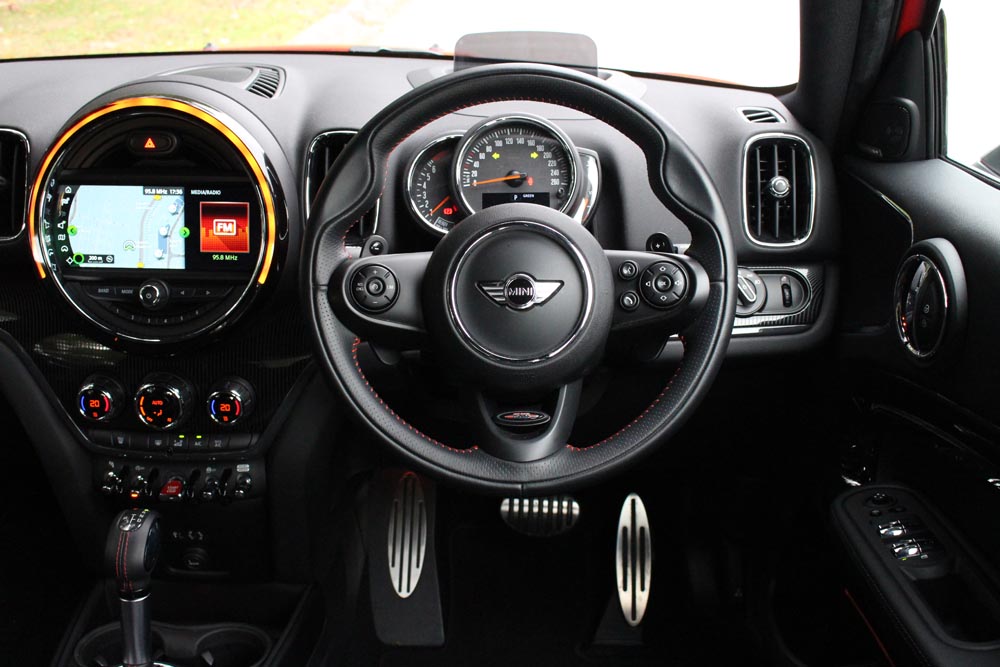 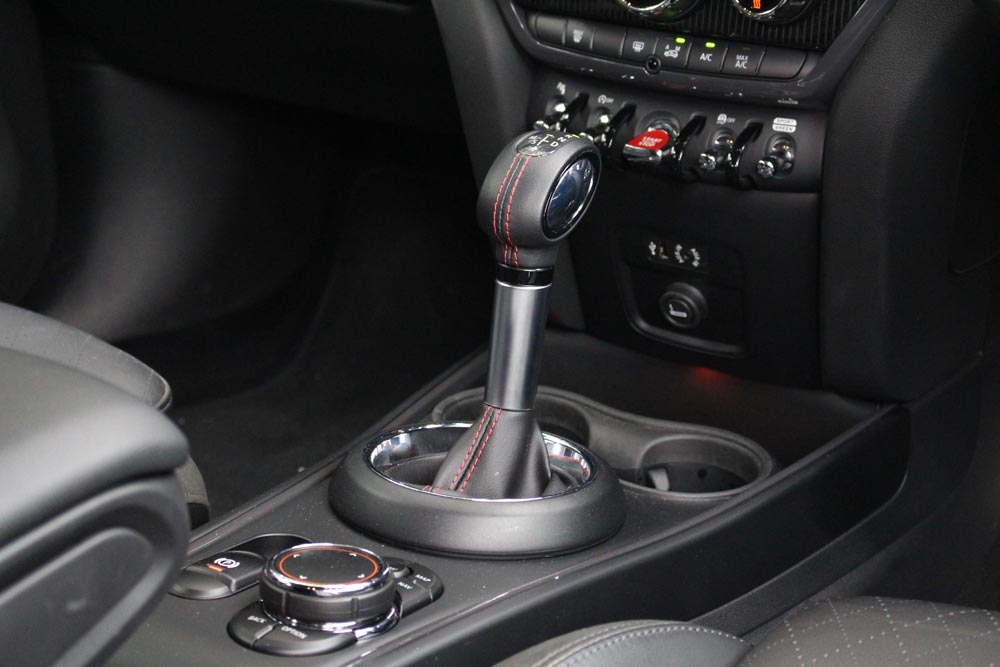 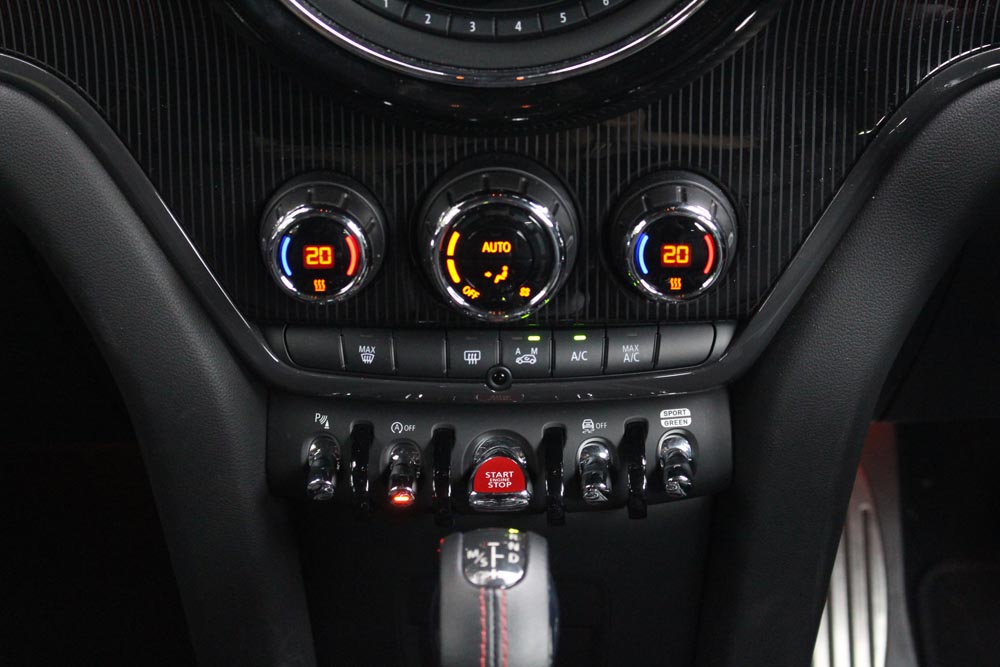 In terms of specifications, the Countryman Sports has a 2.0-litre turbo engine delivering 192 hp with 280 Nm of torque from 1,350 to 4,600 rpm mated to an 8-speed automatic. The exhaust note does have a deep grunt to it on engine start, and is pumped in through the speakers. Even on cruising speeds, you can get it to growl, but with the driving modes of Green, Mid and Sport, you can get the sound down with the modes. 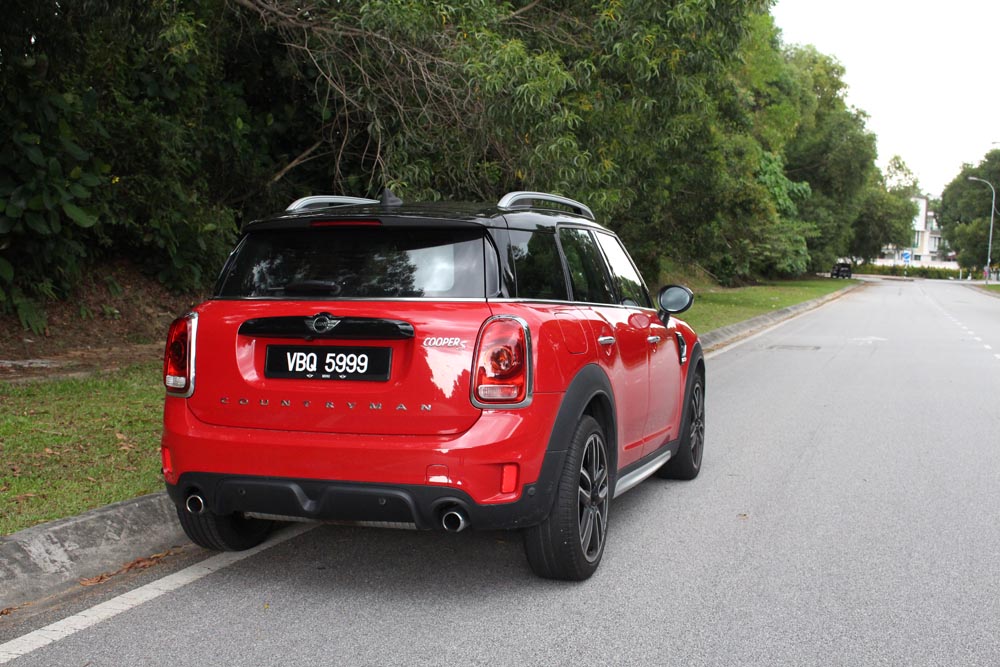 Our driving experience with the Countryman Sport is greatly positive. Sound is the first thing you’ll notice when the engine starts, with that grunt continuing on when cruising at motorway speeds. The sound is rather prominent, as it is pumped in through the speakers. It gets throatier in sport mode should the driver want to get things loud. In terms of driving and cornering, Mini does get things right despite the increased size. The steering is a little on the weighted side for our liking, but still, the drive is something that will be a joy for casual or even the discerning of drivers. 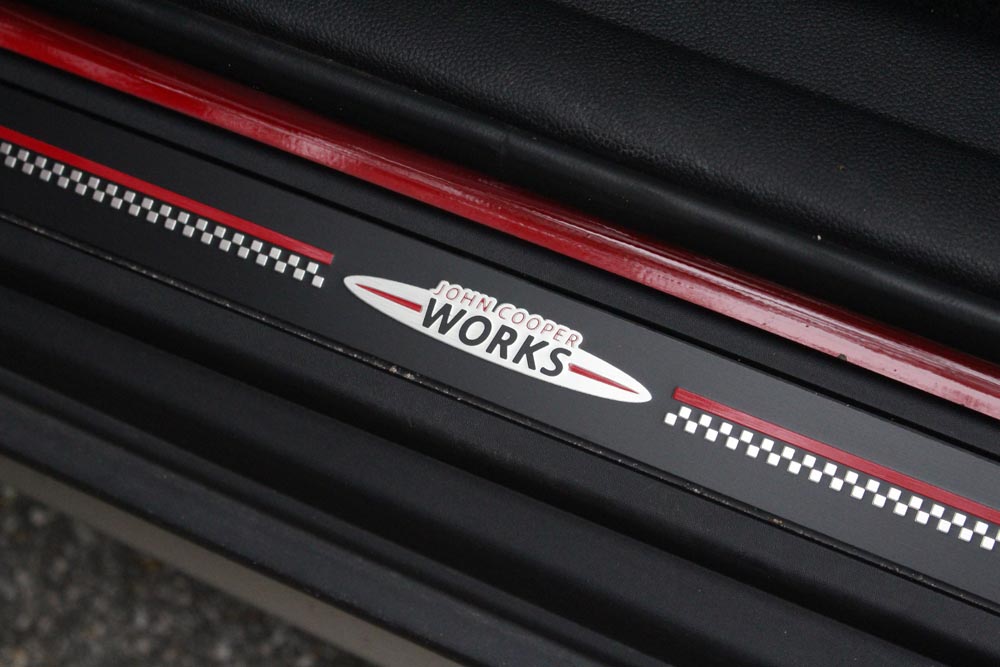 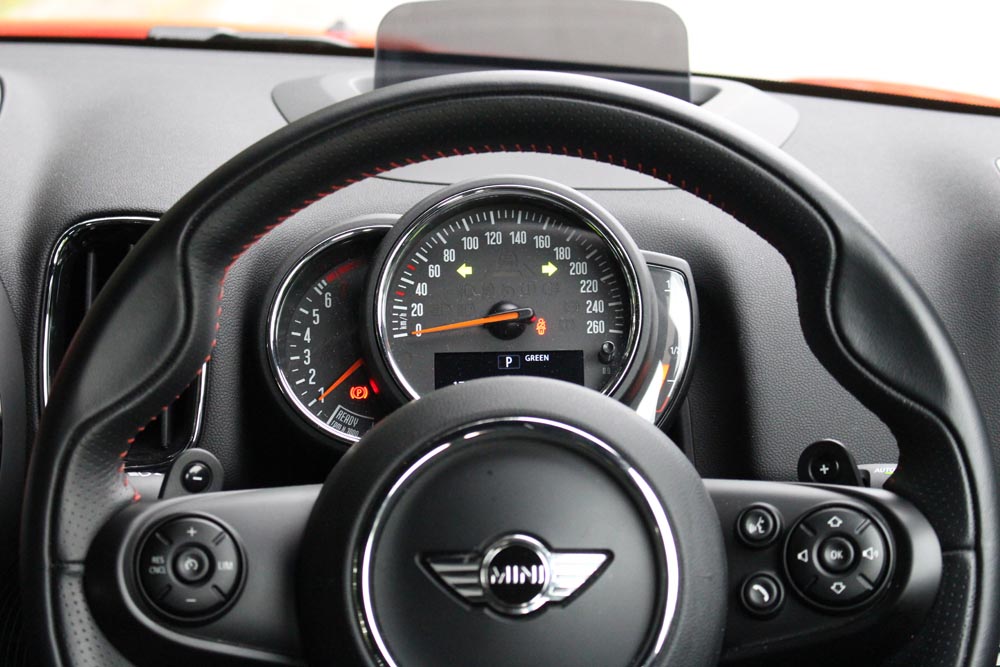 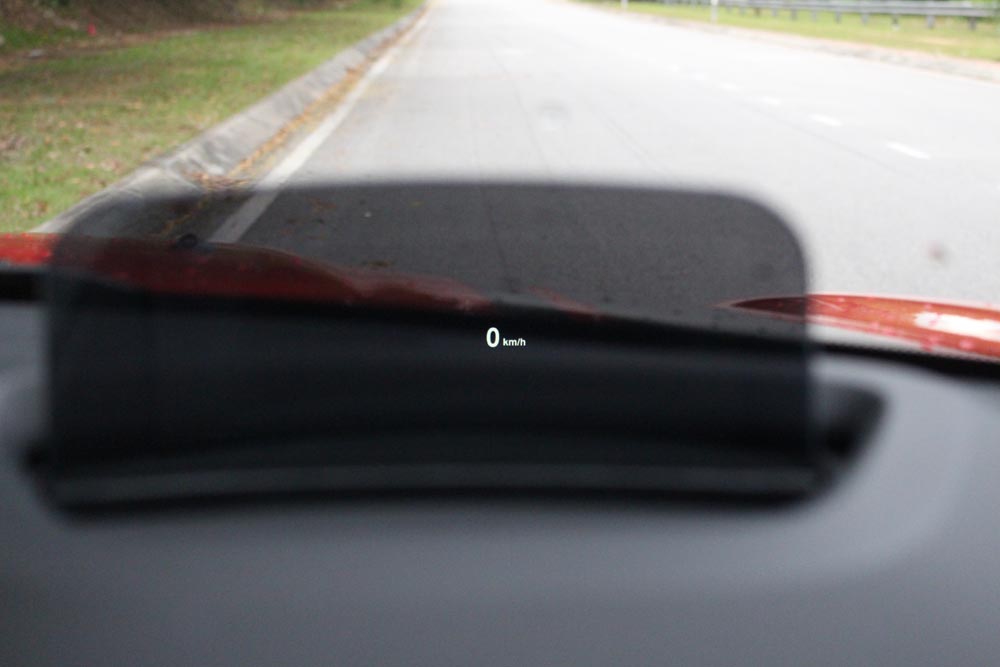 The ride, thanks to the JCW badge and nature, is a little on the hard side because of the sports suspension. But it shouldn’t be a deterrent as damping is still easy over bumps and cracks. Not to forget the Head-up Display that puts the driving a priority as well.

Who is the Countryman Sports for? 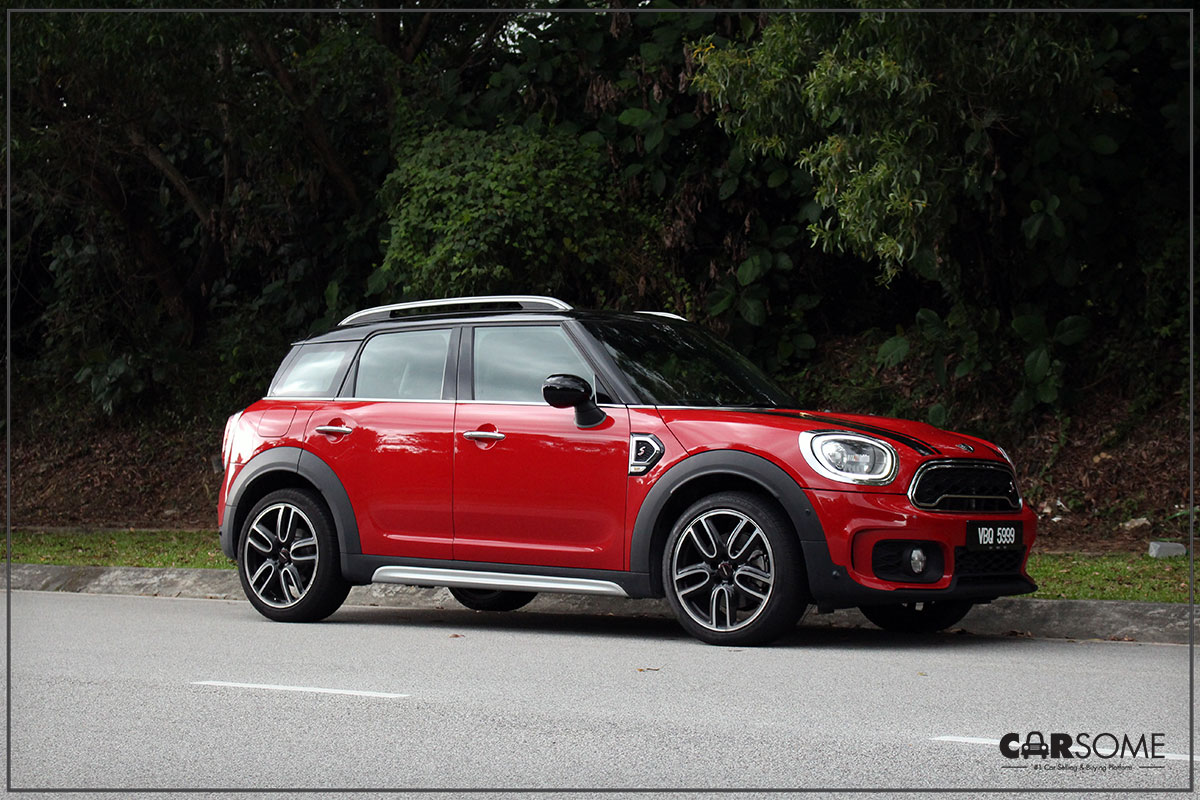 Truthfully, you couldn’t go wrong with any Mini model currently on sale. The reason is due to the fact that Mini designs are so uniquely different from everyone else in the automotive industry, the ownership is what makes the Mini experience worth it. 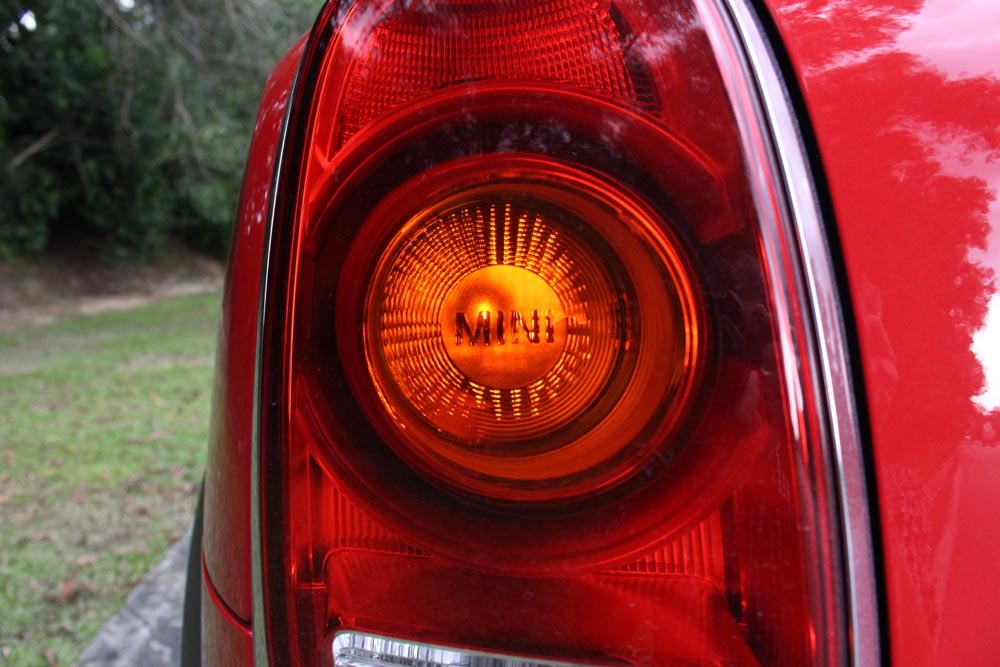 Having gone through the Mini range, we feel that the Countryman is a great entry point into the Mini world as we feel it is the most practical Mini (in terms of size) for 4 adults and small luggage for a weekend. And with the latest Sport, it has enough equipment to make everything worthwhile.

So if you are into the Mini lifestyle, vehicle design, like standing out with colours, the Mini range is certainly happy to welcome you into their family.

Prefer the smaller Mini hatch? The new facelift is truly a style icon like no other!

When you’re ready to sell your car and get that Mini, think of Carsome! We connect you to over 1,000 dealers nationwide through online bidding!