Proton will always have a special place in Malaysian history. It was the first brand that we could proudly call ours.

After the first Proton Saga was launched, it became so iconic that every 7-year-old could draw it with precision down to each edge. 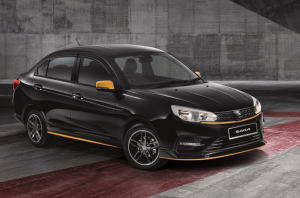 The original Saga was also notorious for its tortoise-shell built that you better make way for it if you found one on the road. Its reputation was only rivalled to that of Nokia 3310.

Then after Perodua was introduced into the market, Proton’s place as the top auto brand in Malaysia was slowly overtaken. Although for families who have started to get bigger, Proton would still be their car of choice.

With the release of Iriz in 2014, Proton is slowly inching close to Perodua again, competing directly with the latter’s most famous line, MyVi.

It also featured a sneak peek of Proton X50, something that many of our local automotive enthusiasts have been waiting for quite a while.

So, how is Proton looking up so far? Just in July this year, they recorded 13,216 vehicles sold. That wasn’t just the highest number in 2020, but also the highest monthly sales volume since June 2012!

And the don’t intend to stop there. According to its CEO Li Chunrong, Proton aims to overtake Perodua as the biggest selling car brand in Malaysia:

“For Proton, the more important [thing] is we must grow in Malaysia first. How to lead our business [to] become stable is very important. It is very easy to spend money, but very difficult to make money.

“For me, I want to be No 1 in Malaysia first, and then go outside to the Asean markets. But we don’t want to stop [there]. Now we are already in Brunei, not only the basic models, but also the X70,” – Li Chunrong, in an interview with The Edge

Regardless, it’s looking to be healthy competition all around!

Looking for your dream car? Start your search now at CarSome!