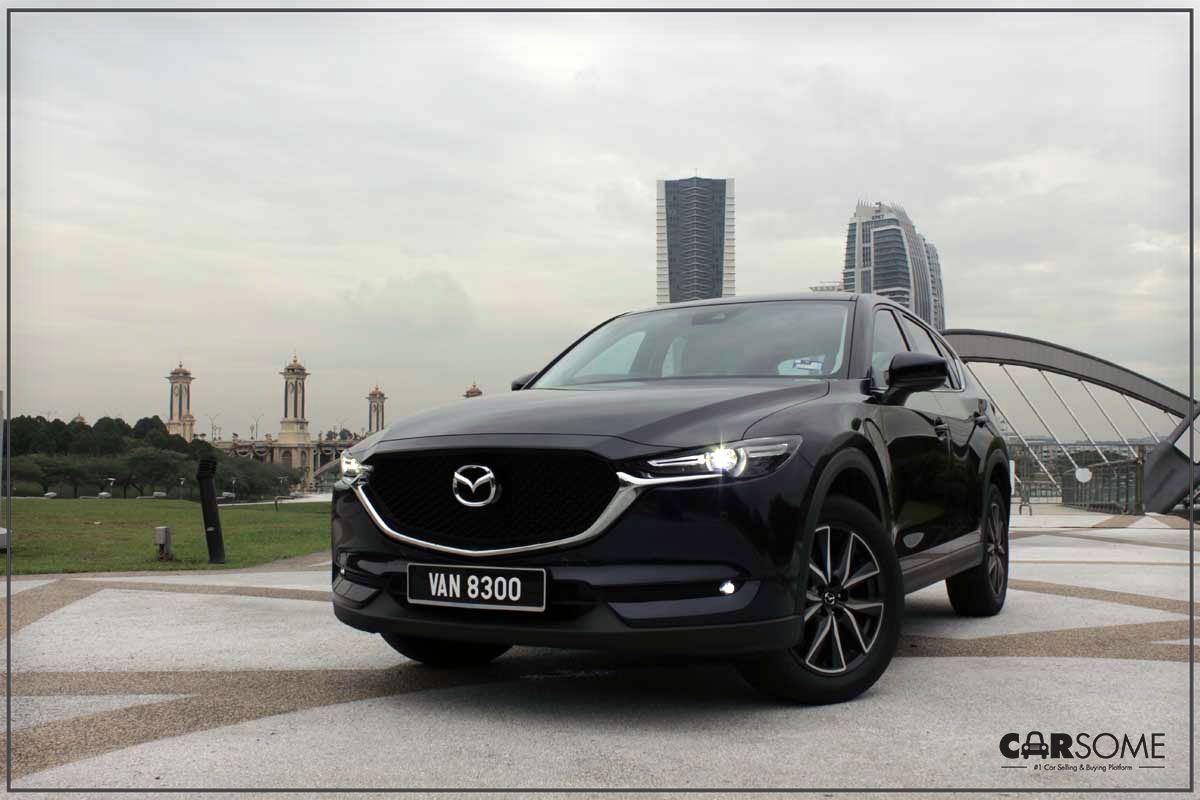 You’ve probably seen the new CX-5 on Malaysian roads by now. It’s been a long time coming since the first generation launched back in 2012. While the previous version had various introductions (launched with 2.0 CBU, with CKD a year later, and a 2.5 in 2014), this time the all-new SUV is locally assembled at Mazda’s Inokom plant in Kulim, Kedah. 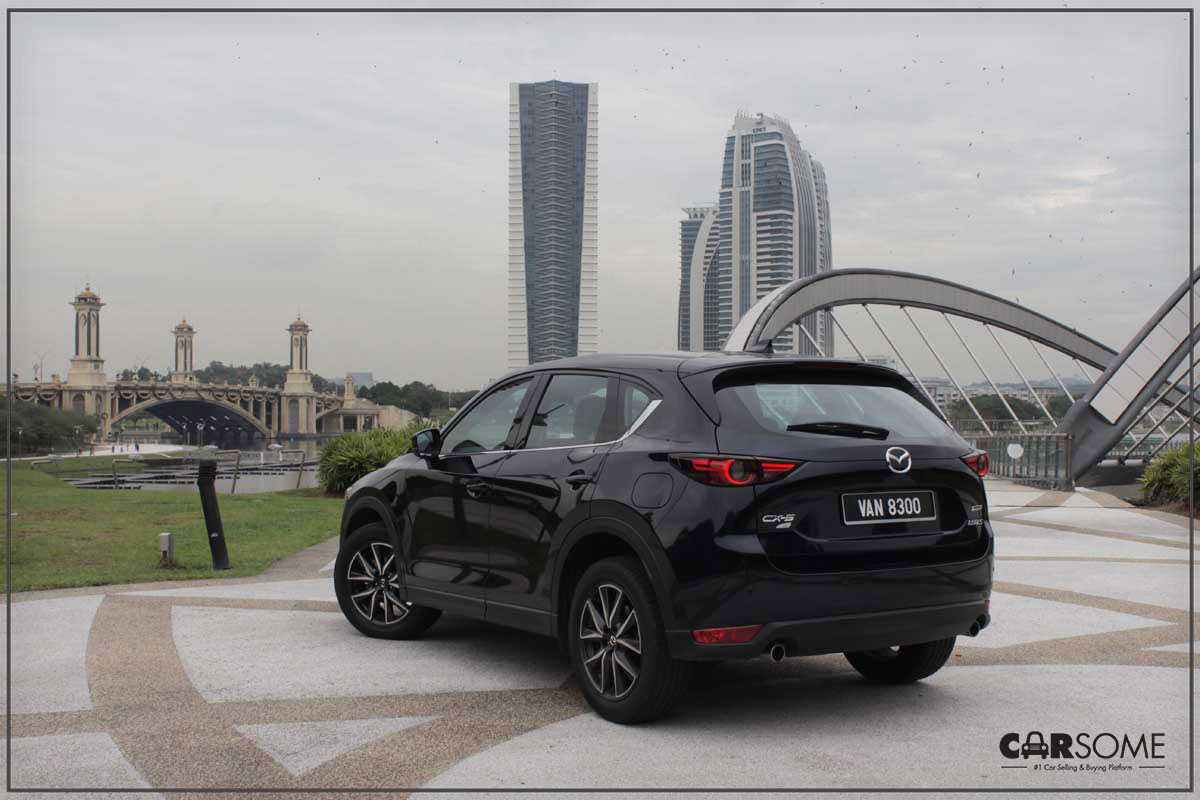 There are five variants with three-engine options available here. Two units are 2.0-litre versions, a single 2.5-litre petrol and two top ranging 2.2-litre diesels – one of which has all-wheel drive. As we’ve reviewed this 2.5-litre, we will list down the best parts that stands out, but also at the end, share which variant is best for you. Shall we begin?

The first thing you’ll notice when driving around in the CX-5 (or any current generation Mazda for that matter), is how easy it is to accustom yourself with the layout, switches and positioning. As with driving, the accuracy of the steering thanks to the magic of G-Vectoring Control (GVC) and the availability of effortless power makes the CX-5 truly a joy to drive. With this 2.5-litre version, there’s plenty of power that when you floor it, despite the weight, it just takes off the line. Think Japanese simplicity matched with BMW steering precision and you’ll be close to what Mazda’s are about today. 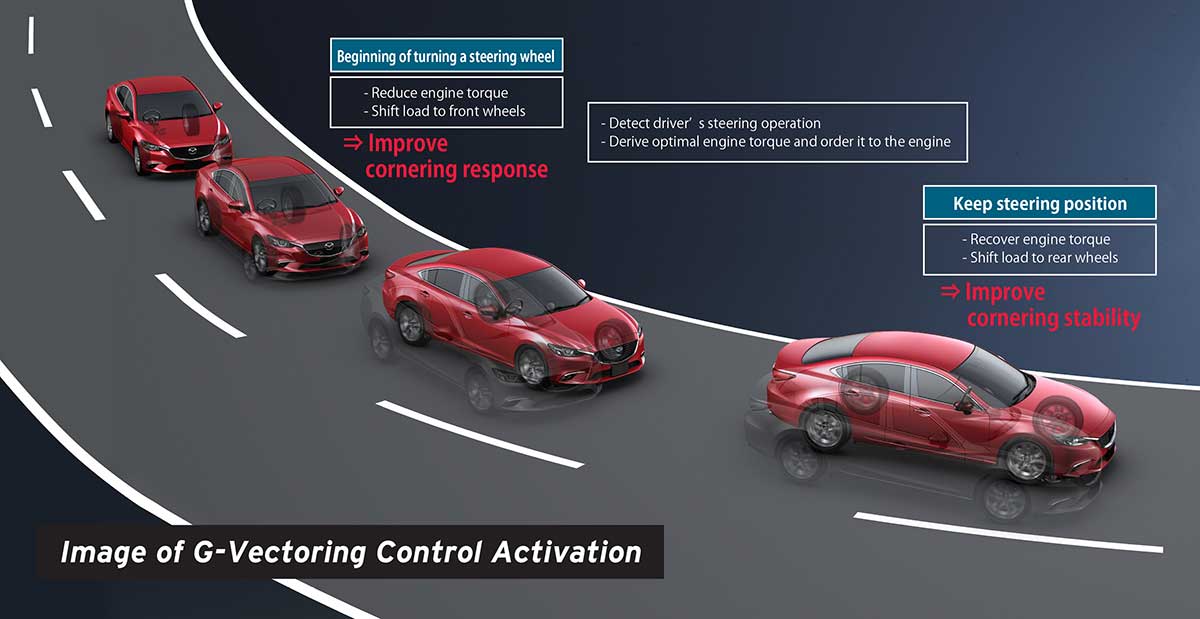 What GVC does is a reduction in pitch and roll when taking corners. Mazda’s engineers tied the power steering and engine control computers together with a GVC algorithm to reduce power output during cornering and acceleration. The result puts more weight on the front tyres, making steering more responsive and direct. If you haven’t driven a Mazda, generally gravitate towards Japanese cars and like to drive, the CX-5 will certainly surprise you. 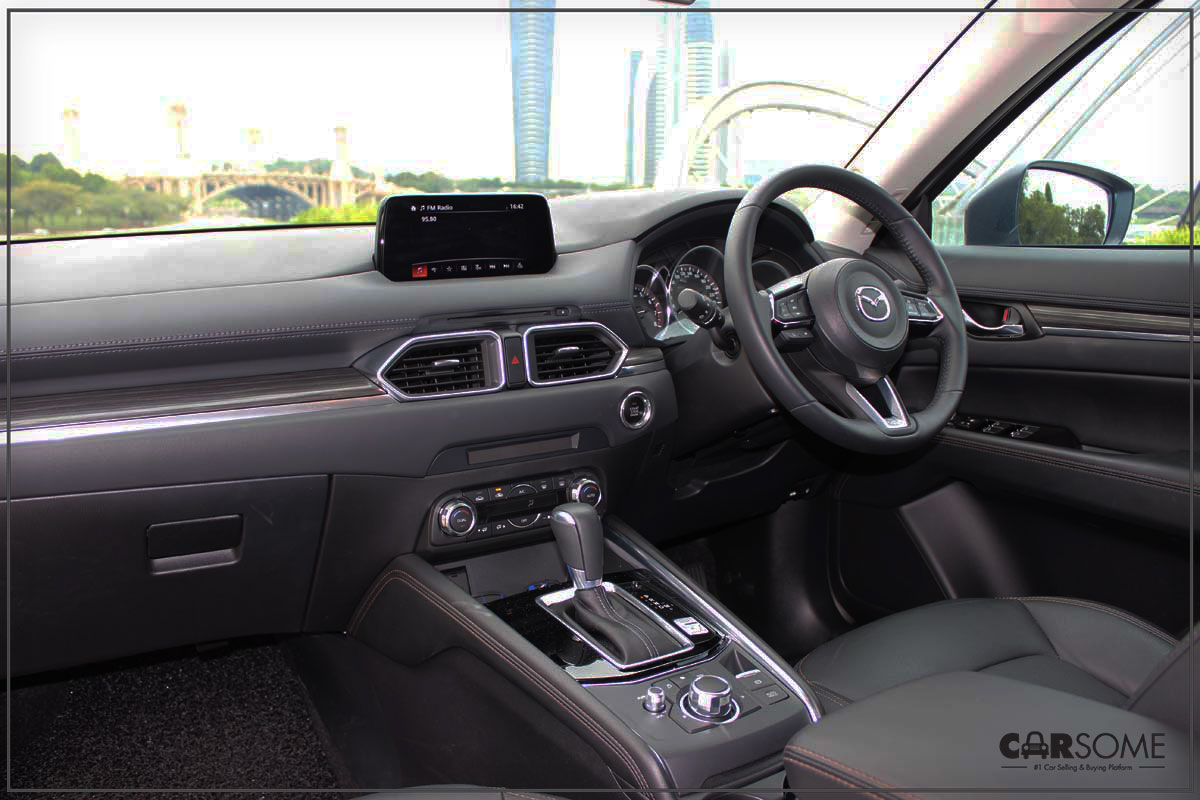 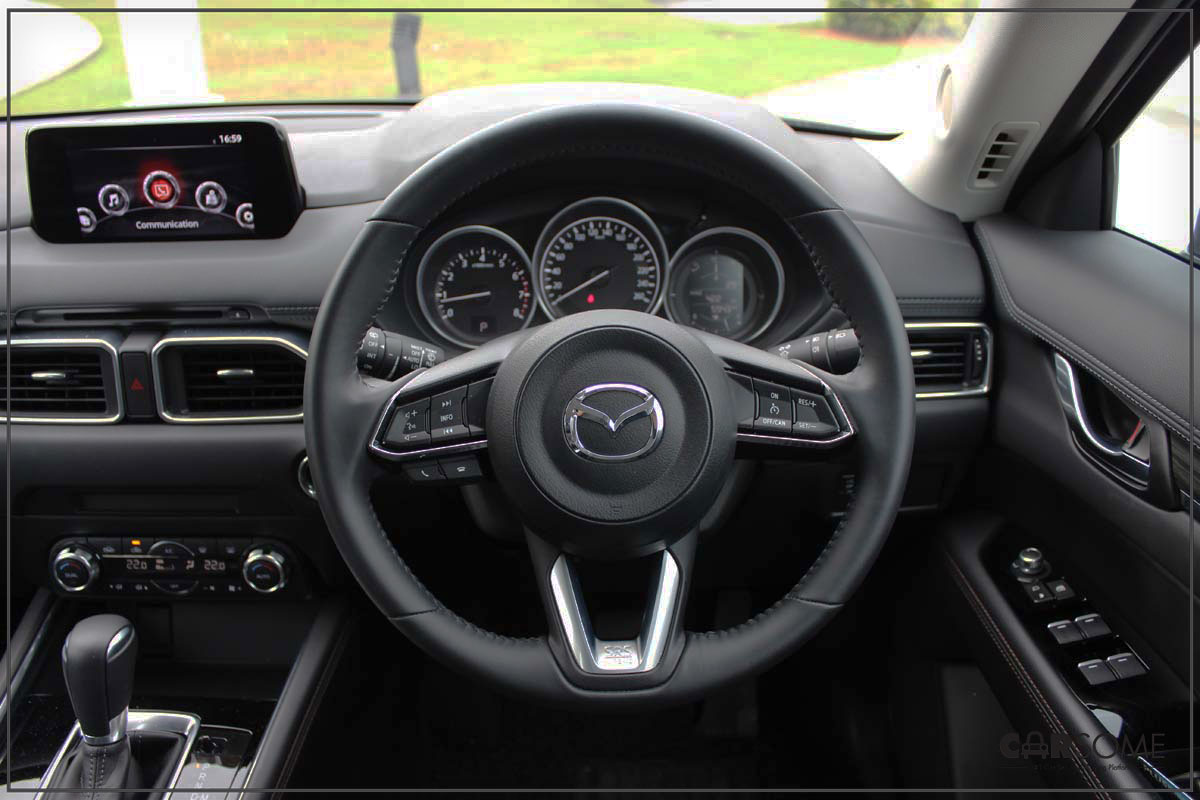 The strengths of the cabin is down to the fact that Mazda believes in simplicity. Overall feel is premium enough if you’re not too detailed about every corner. But what we like and think is the plus point is that the Mazda-esque look is signature from model to model, keeping that interior DNA relevant across the board. 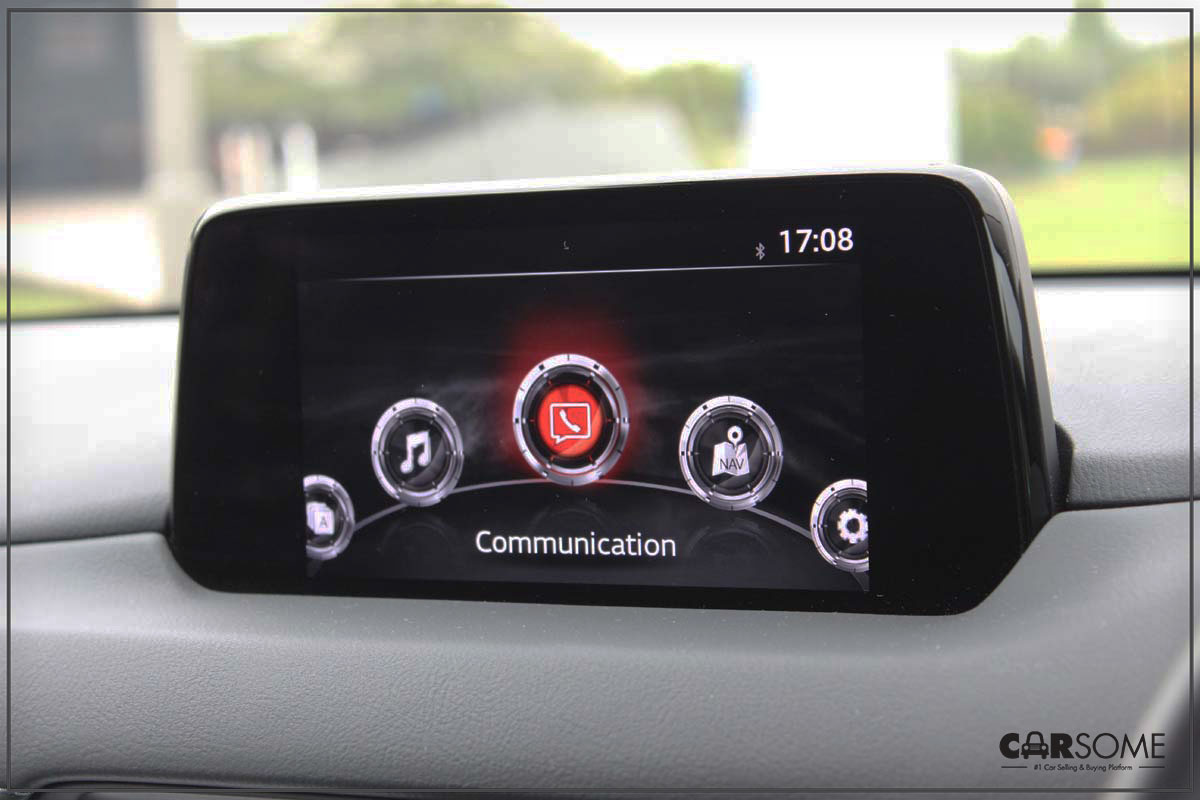 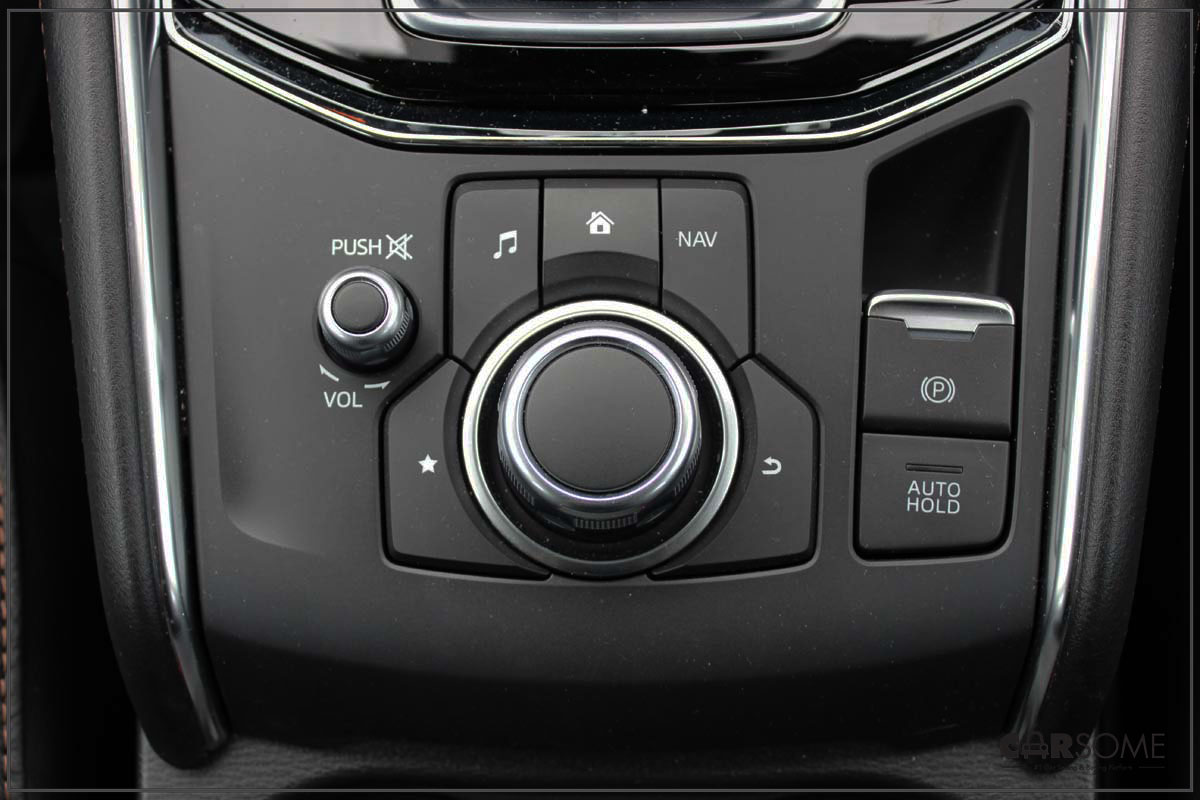 However, simplicity in its best depends heavily on the features available, and while this 2.5-litre variant has most of the audio connectivity of CD, MP3, GPS, and Reverse Camera amongst others, somehow we wanted more. We believe that with the update of the Infotainment system to incorporate Apple CarPlay and Android Auto, it would provide sufficient extras to the unit. 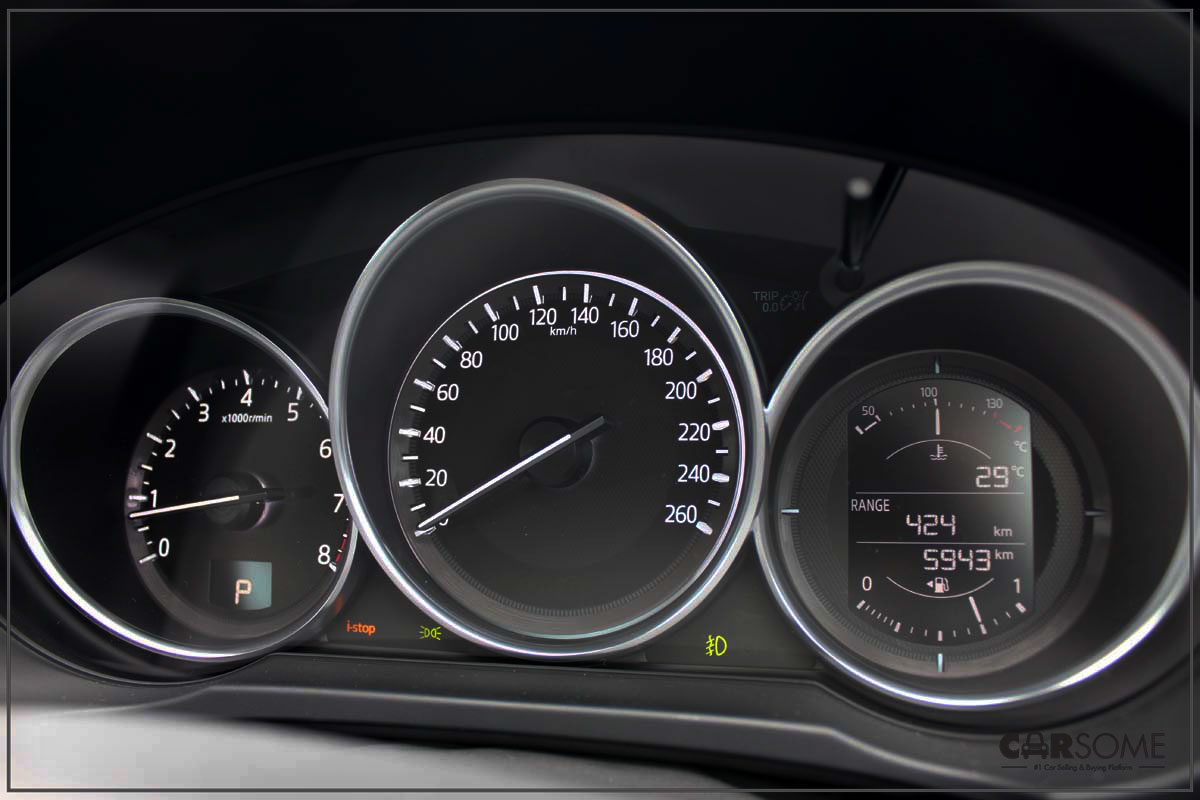 In terms of the meter cluster, unfortunately only the full-coloured LCD version that provides various information to assist the driver is fitted on the 2.2-litre diesels. Oh and Mazda’s Active Driving Display isn’t available throughout the new CX-5. 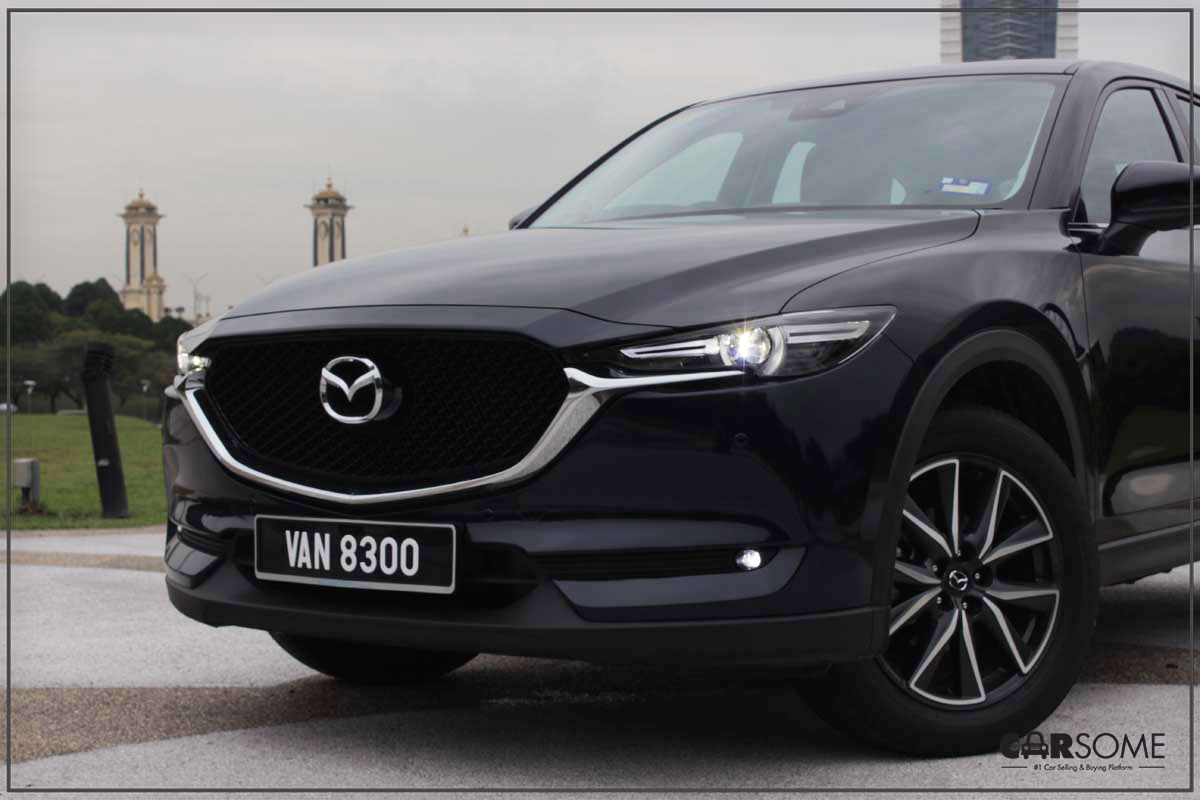 Conveniences are aplenty though. There’s two USB ports at the front and another two at the rear centre armrest. Rear seats are also 40-20-40 split with two stage reclining seatbacks. Even with the seats up, boot capacity is 442-litres, open to 1,342-litres with them down.

Here’s a Brief Look at the all-new CX-5 with variants and features. 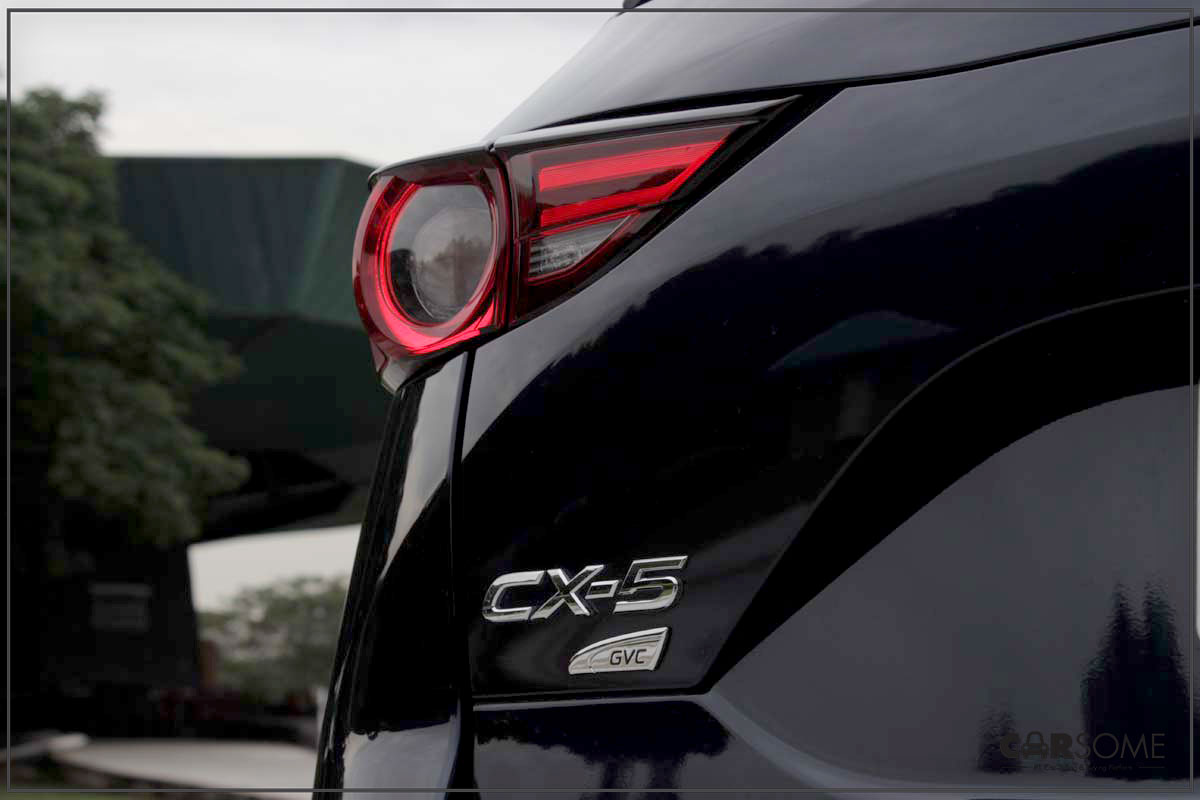 Every variant offered by Mazda Malaysia seems to hit the spot here. The entry variant is the introduction into the CX-5 range, one that comes with the least amount of features compared to the rest (such as the omission of all the Advance Safety Technology) but is still RM 7,795 cheaper than the closest new mid-sized SUV competition. As for the 2.0 GLS and 2.5 GLS, specifications are identical except for the engine. For the diesels, both variants are at their best, which includes the full safety systems and the option of two or all-wheel drive. 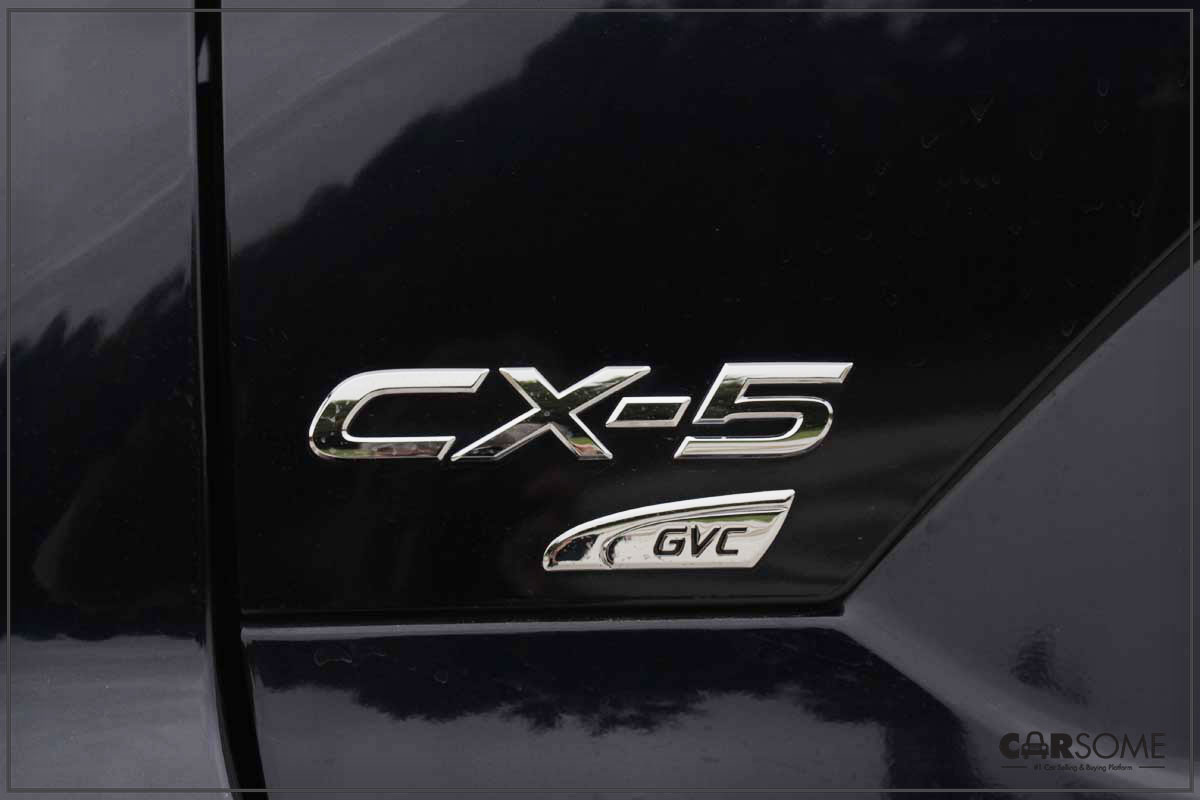 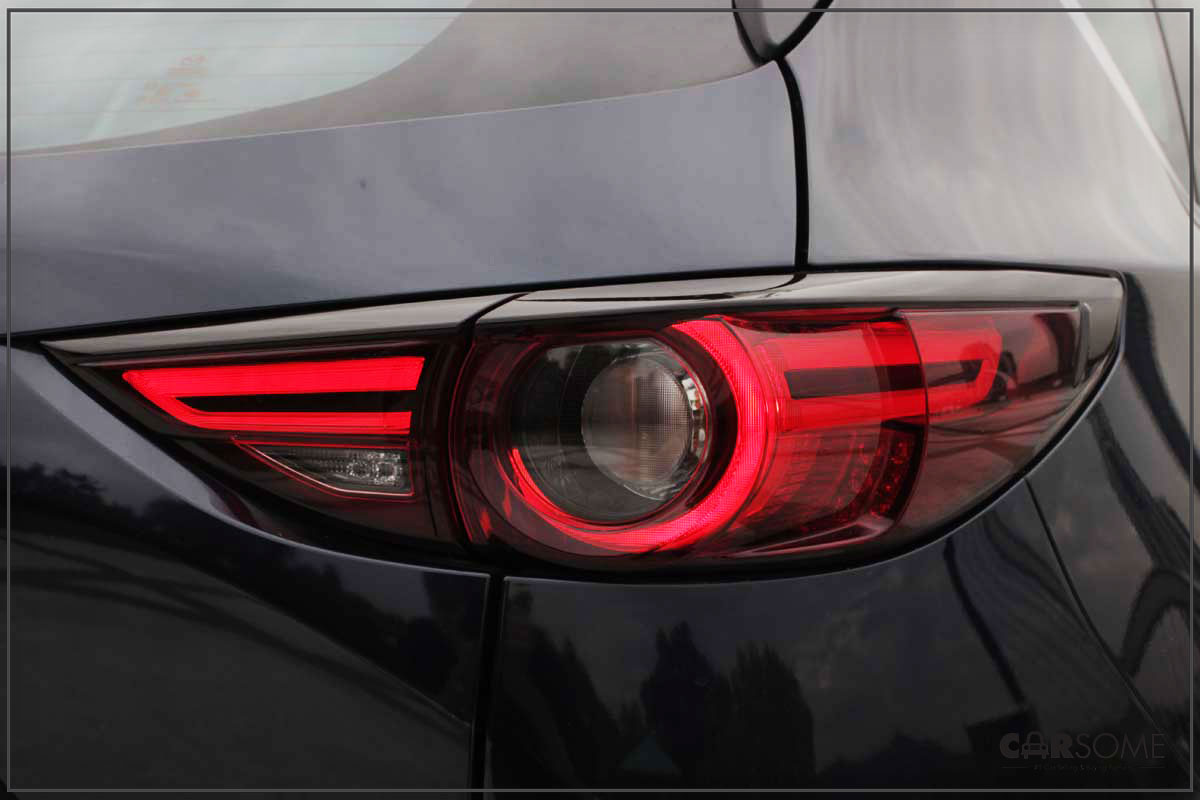 So what do we think? The new CX-5 has a lot going for it. Although some might argue that the competitor has a lot more in terms of interior details and comfort, Mazda’s SUV here is one catered for owners that prioritise driving over the other details. So which is best for you? Well this is a simple one. Should you be already interested in the CX-5, it is without a doubt that your choice has gravitated towards what Mazda has to offer at present – an SUV with good looks, but most of all, great driving dynamics for the everyday.

Click here to check out our review of Mazda’s smaller 3 sedan with GVC!

Sell your car through Carsome and find out how easy it is to connect yourself to over 800 dealers nationwide!