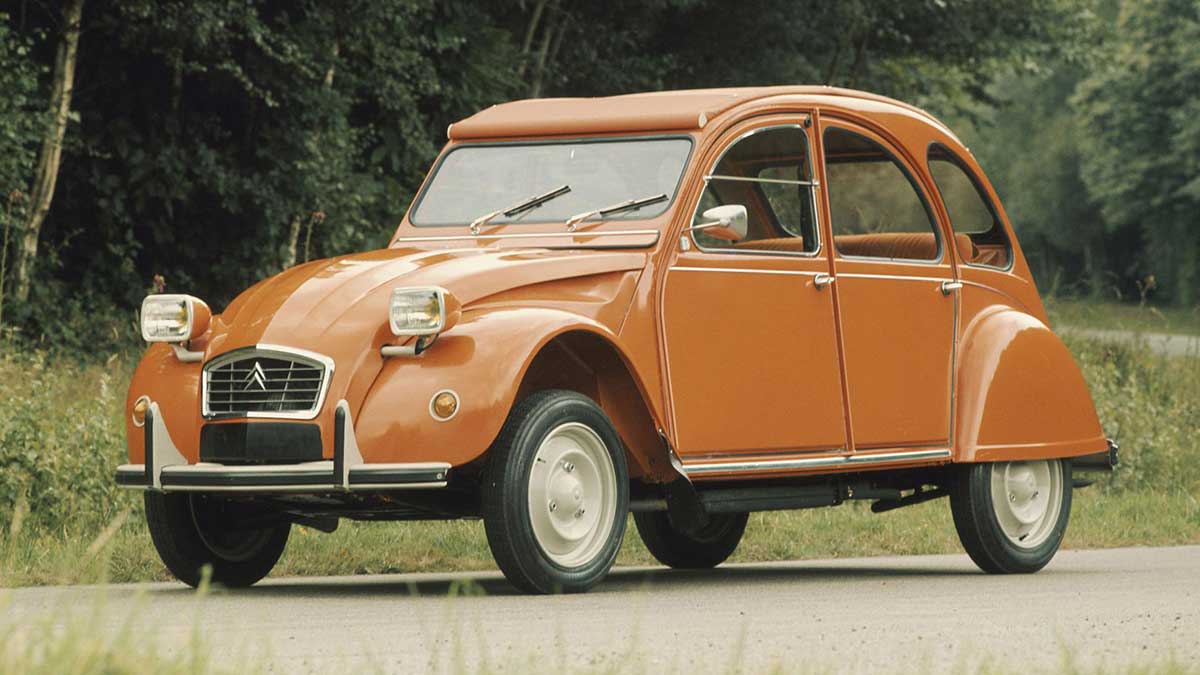 It is said that the beginnings of the Citroen 2CV was thanks to the brand's head, Pierre-Jules Boulanger in the 1930s when he thought of an idea to help French farmers with a motorised mode of transport. Under the direction of Boulanger to design an 'umbrella on wheels', the brief also meant that he wanted a vehicle that could carry a basket of eggs across a ploughed field without any breakage. 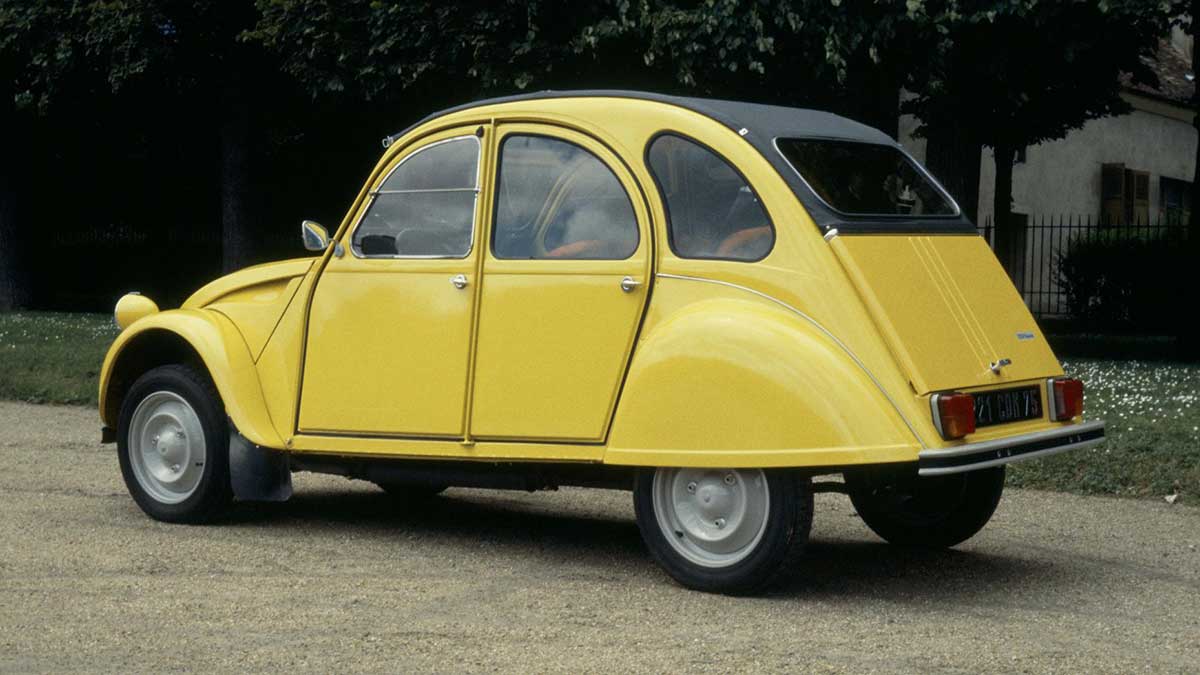 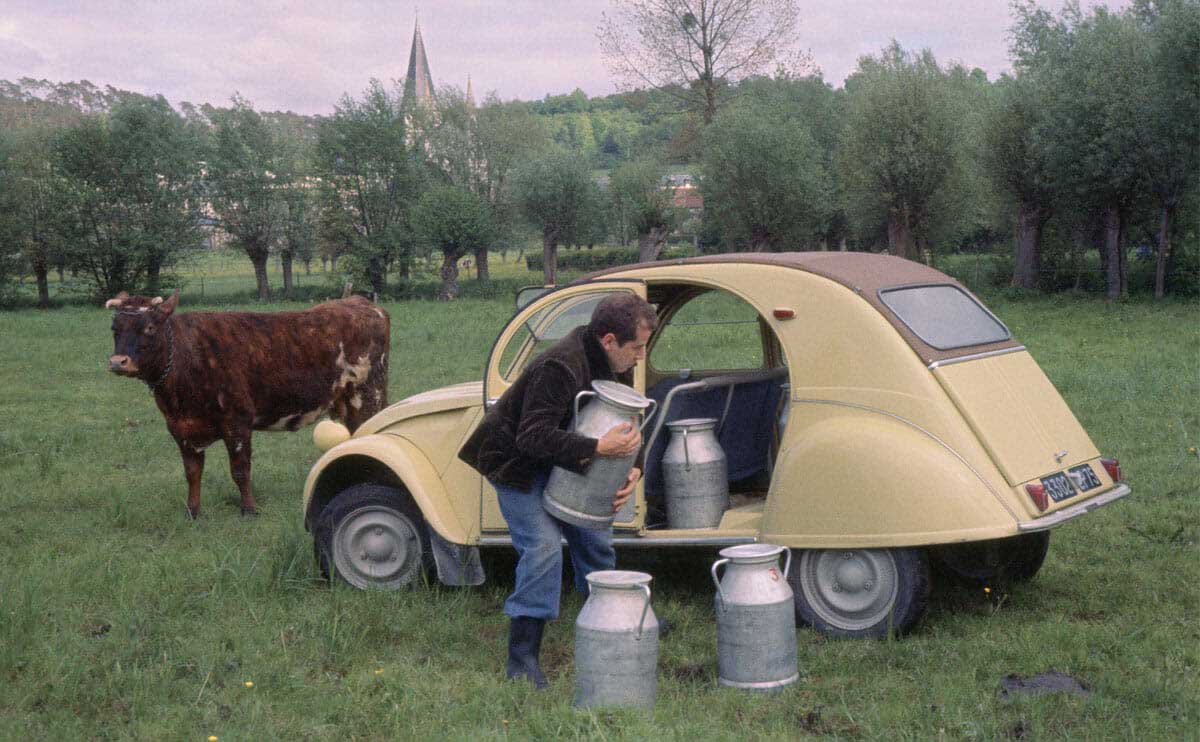 Development of the car began in 1935 and was planned for launch at the 1939 Salon de l'Automobile. But due to the unexpected rise of World War II, the project was put on hold until its official unveiling at the 1948 Paris Salon. Nicknamed the 'Tin Croissant' in the US and La Deuche in France, the 2CV went on to become an icon unlike any other. 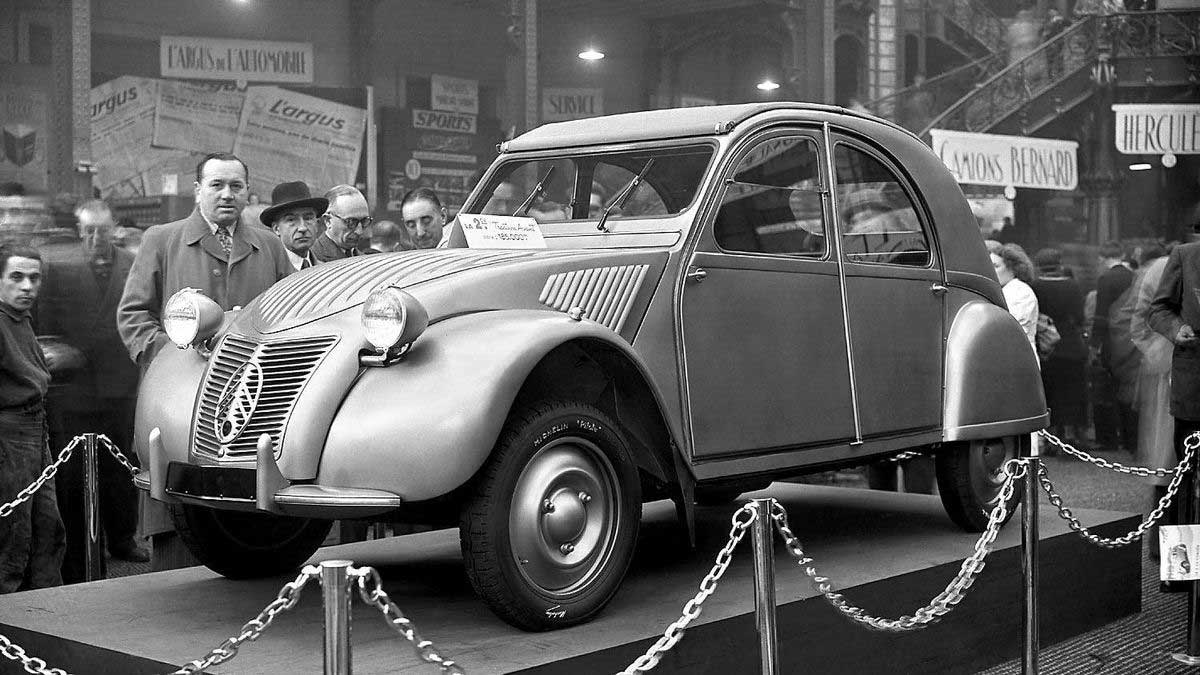 The Citroen 2CV is revealed to the public for the first time at the 1948 Paris Car show. Credit: The Globe and Mail

The 2CV is legendary not only because of its design and purpose, but also one that became the platform for Michelin to introduce its first commercialised radial tyre. While original 2CVs came with an air-cooled 375cc two-cylinder engine, the 9 hp could even hit over 60 km/h. Later upgrades boosted power to 14 hp and by the 1970s, had a 602cc engine with 33 hp.

Thanks to the clever design of the suspension, the basis of it allowed the car to be driven as spiritedly and cornered sharply that it was also impossible to roll a 2CV, due the narrow front tyres and long-travel suspension. 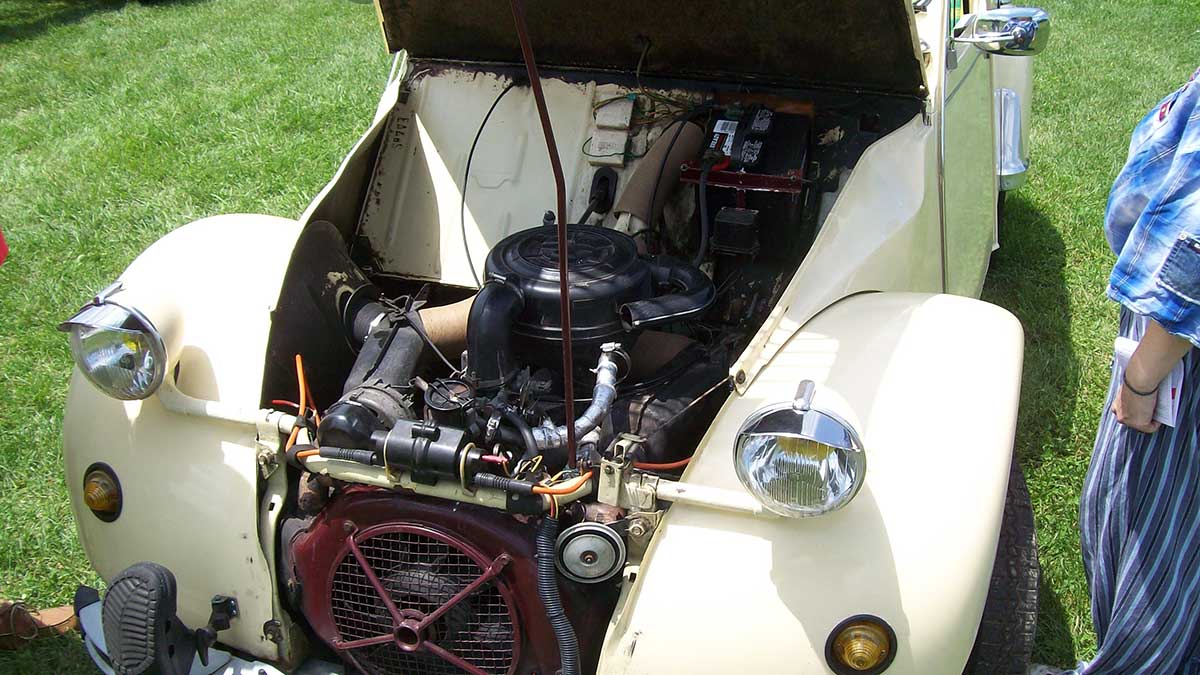 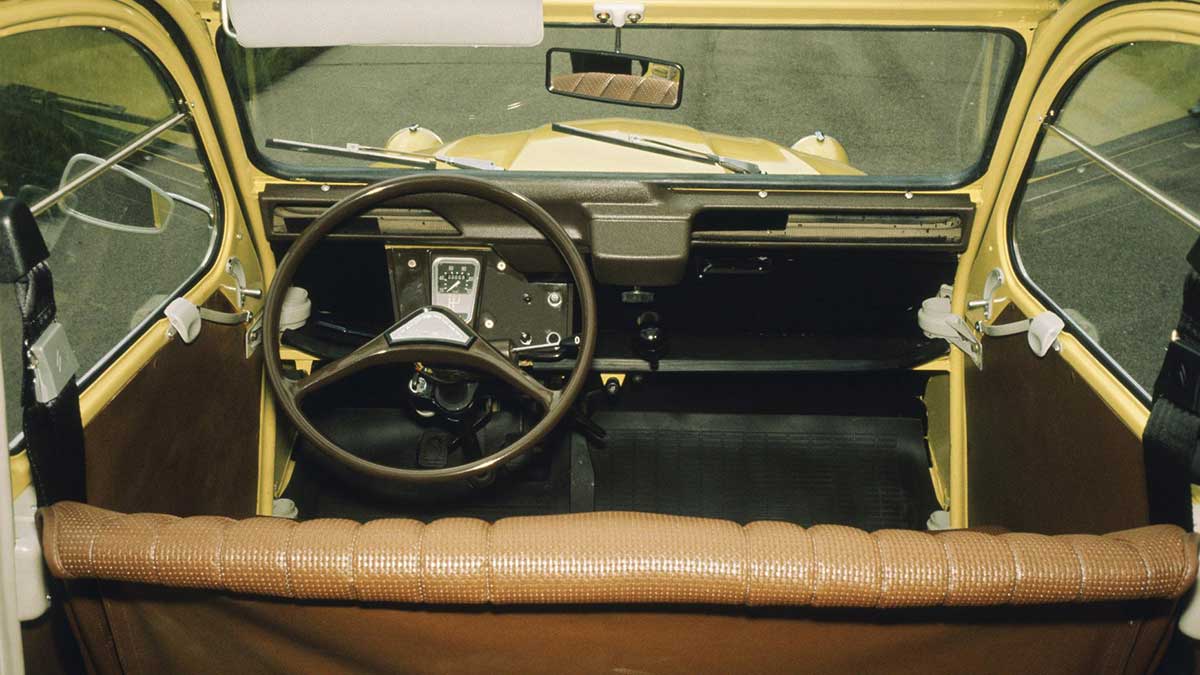 It was a car that is as basic as could be. So much so that even one slogan dubbed it as a "reliable workhorse", thanks to the lack of retractable headlights, cigar lighter, fan belt and even wind-up windows. In just five years, the factory in Lavallois was producing over 1,500 cars a week, where production continued through the years. Only in 1991 that the last 2CV was made, ending its 43 year production and a whopping 3.8-million cars made. 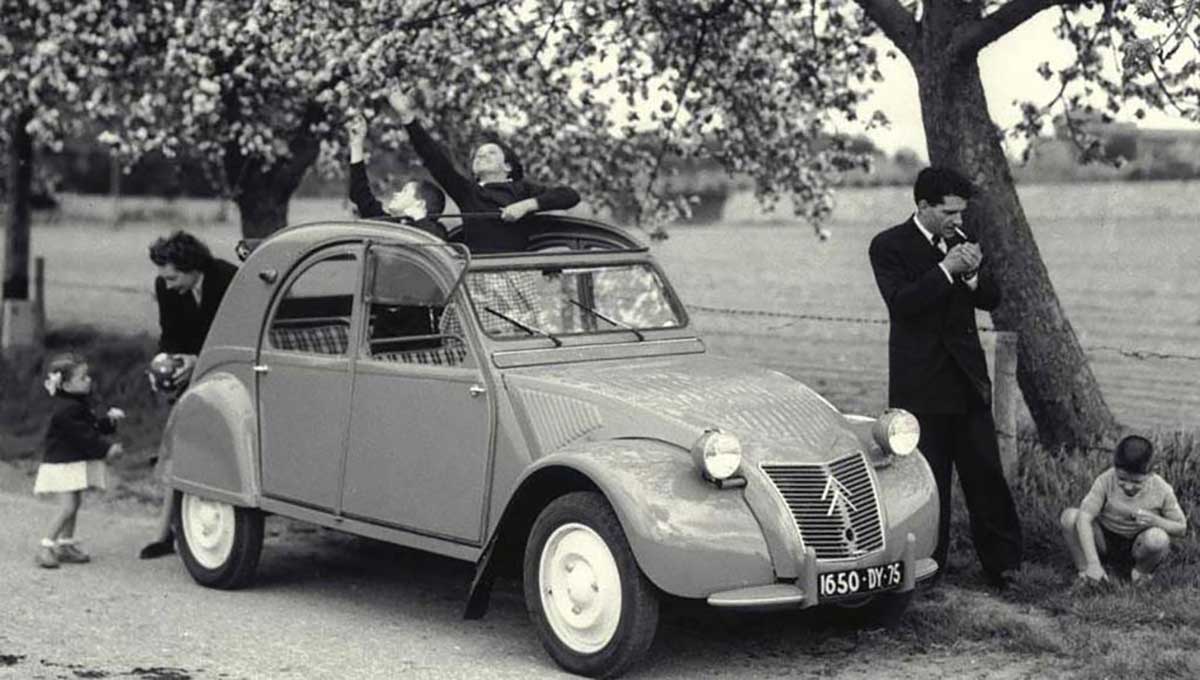 Through the years, special editions, export models, four-wheel drive variants and non-factory conversions and modifications has turned the Citroën 2CV into a car that is talked about and seen even on todays roads. Yet despite the car's position in being a slow vehicle, 24-hour endurance races for 2CVs were held in Great Britain until a few years back.

For more of classic icons, do check out the Italian-made Alfa Romeo Giulietta Sprint! Click this article!

Want to sell your car? Just fill up the form below and wait for our call, it's that simple!