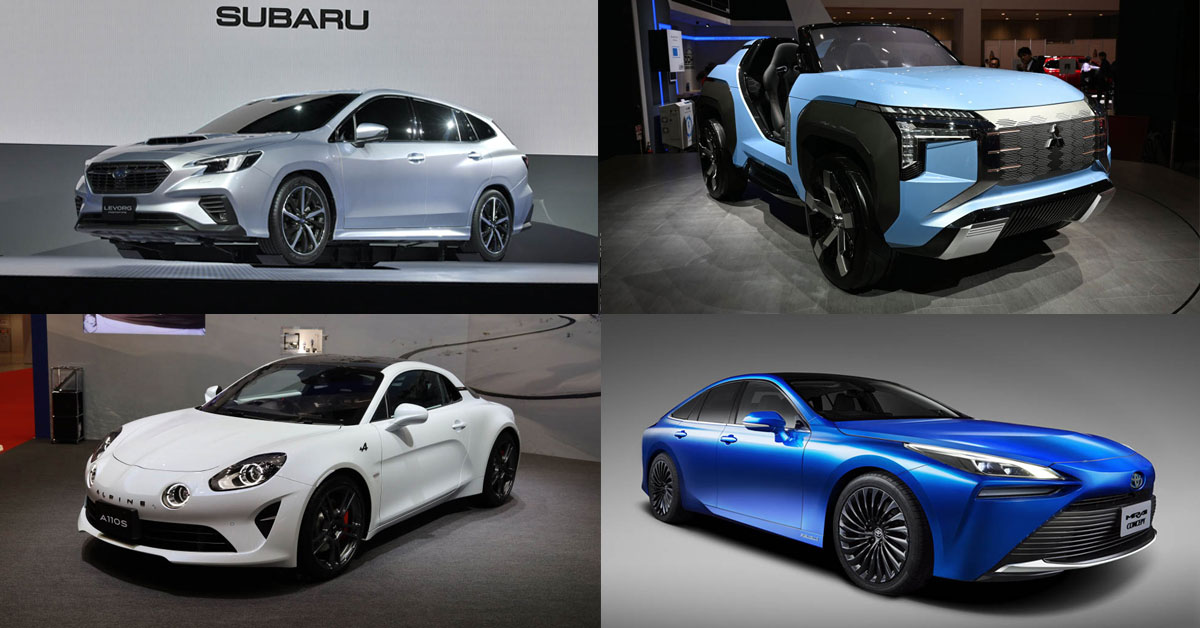 Apart from the focus of EVs at this year’s 2019 Tokyo Motor Show for quite a number of brands, a few highlights stood out for us this year.

Alpine makes its debut appearance at the Tokyo Motor Show. According to a report from Autocar UK, it said that about 6,000 units of the A110 has been sold worldwide, with 400 in Japan alone. 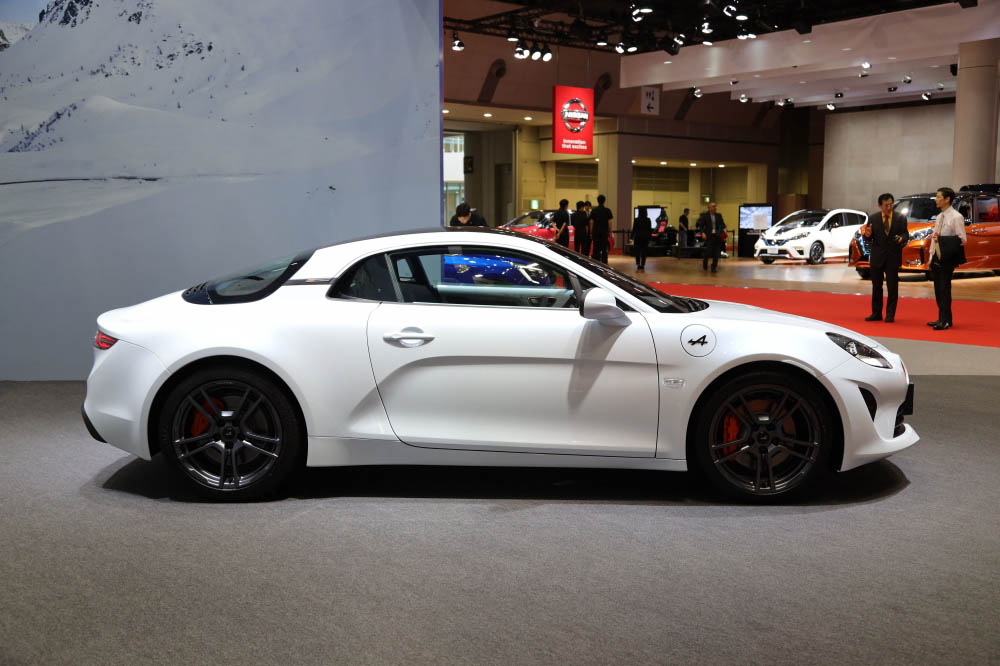 First revealed in August, the A110 S is built to be a more focused sports car that joins the Pure and Legende variants. According to Alpine’s Chief engineer, Jean-Pascal Dauce, the objective of the S variant was to intensify the engine’s character and power deliver. It is characterised by high-speed stability and handling precision. 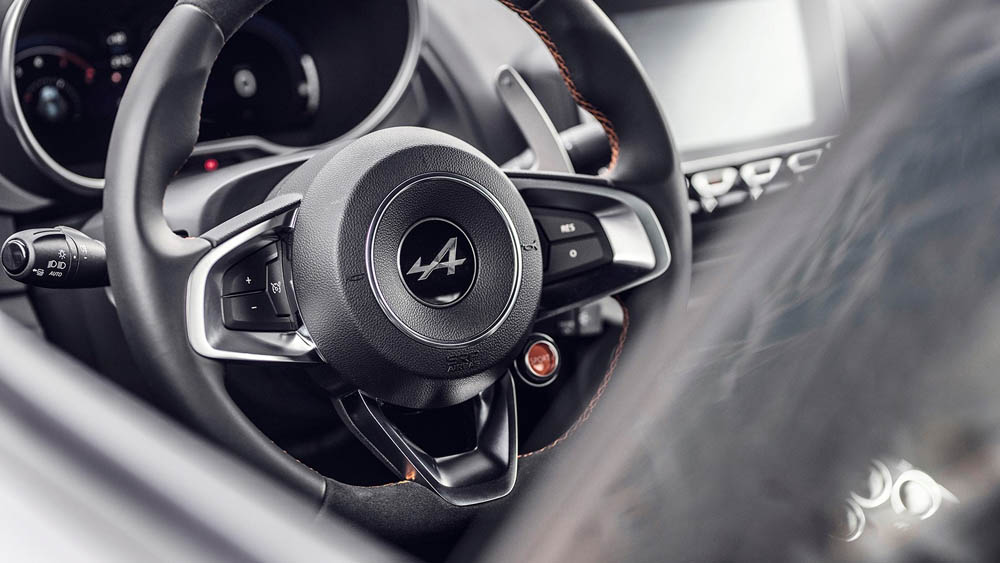 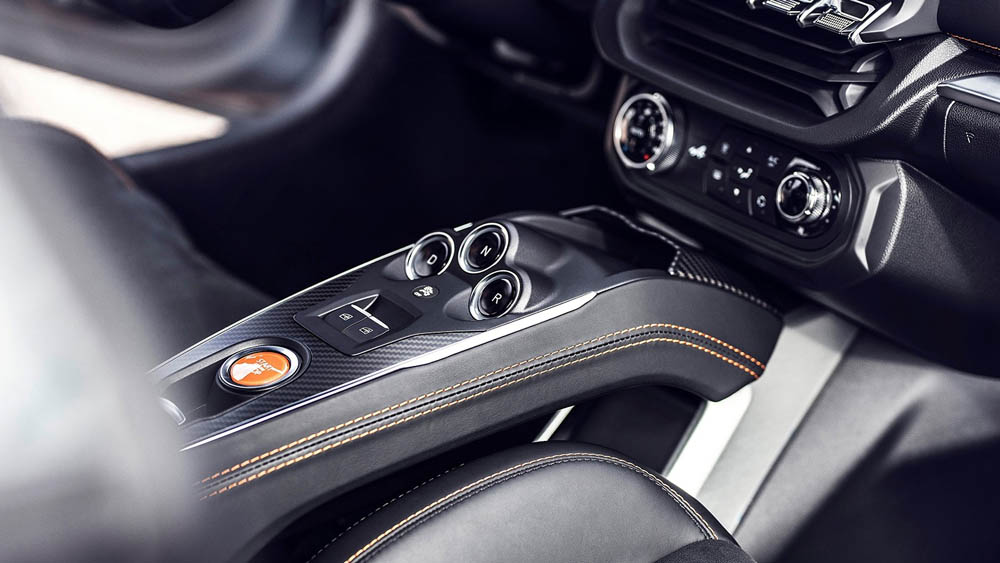 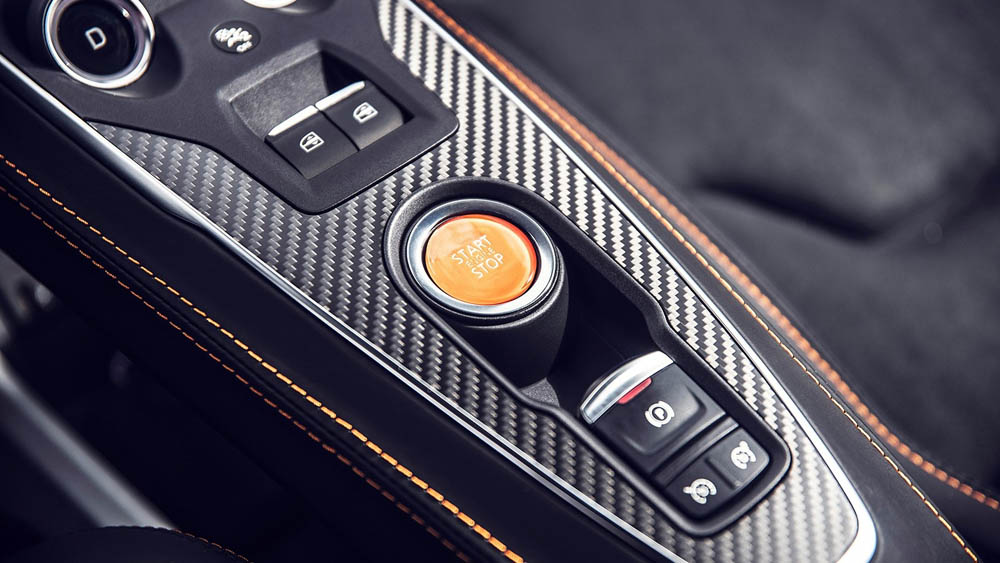 Power now has increased by 40 PS over the existing versions of the A110. The 1.8-litre four-cylinder engine remains but has been boosted to deliver more performance. Output is now 292 PS with torque at 320 Nm and available from 2,000 to 6,400 rpm. Drive is sent to the rear wheels via a 7-speed Getrag dual-clutch transmission. A brake-based e-differential system (brake torque vectoring) ensures that the A110 S delivers very sharp and immediate drive away from a corner with minimal wheelspin. 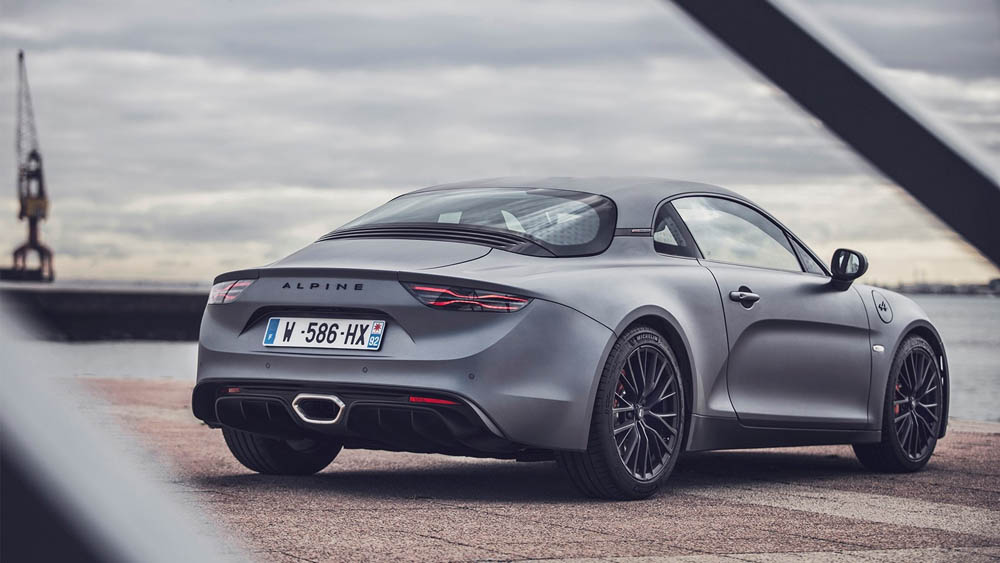 Updates mechanically includes new anti-roll bars, stiffer coil springs and dampers. Ride height has also been lowered, but the A110 S is said to still be an everyday car despite the new chassis setting. As for styling elements, the A110 S is distinguishable from the model range with flag details on the rearmost pillars in carbon fibre and orange, black Alpine script across the rear, orange brake calipers and version specific “GT Race” wheels with a dark finish.

Mitsubishi says that the Mi-Tech Concept was built to be a small plug-in hybrid electric SUV that embodies the brand statement of “Drive Your Ambition”. The buggy type design adopts Mitsubishi’s signature Dynamic Shield front look with a satin plated colour at the centre of the grille and a bold hexagon with the T-shaped tail lamps at the rear. 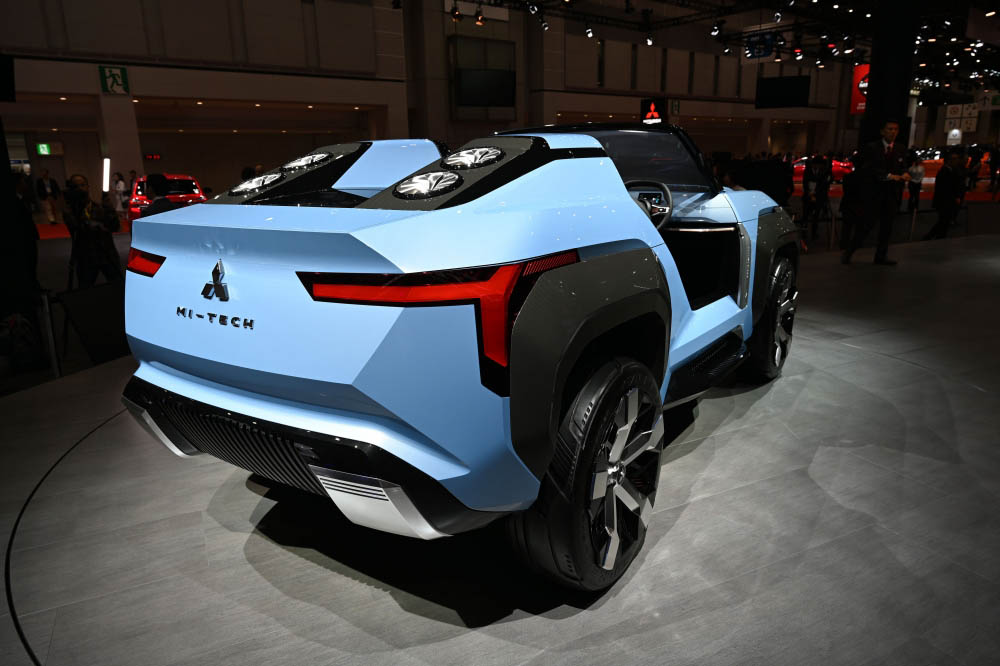 What makes the Mi-Tech Concept interesting is its drivetrain. Inside is a lightweight compact gas turbine engine-generator in place of the traditional gasoline engine. The gas turbine has its flexibility to run on a variety of fuels such as diesel, kerosene and alcohol which can be selected depending on the regions. Further, its exhaust is clean so it responds to environmental and energy issues. 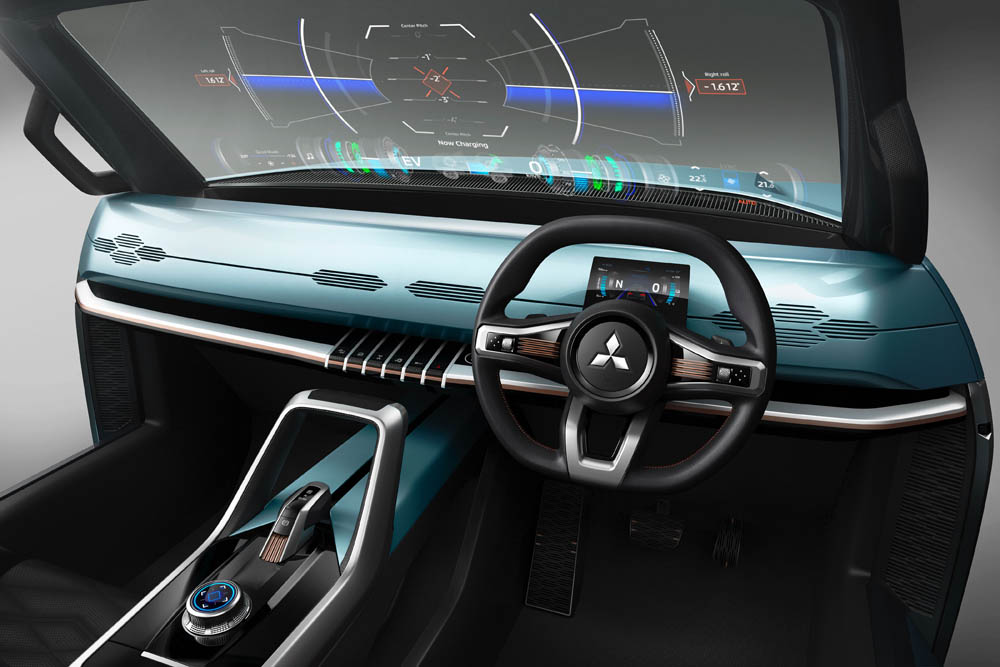 The Mi-Tech Concept also has Mitsubishi’s S-AWC Integrated Vehicle Dynamics Control System to a Quad Motor 4WD System with front and rear Dual-Motor Active Yaw Control units. This makes it possible to transmit the optimal driving force to all four wheels if two are spinning out. 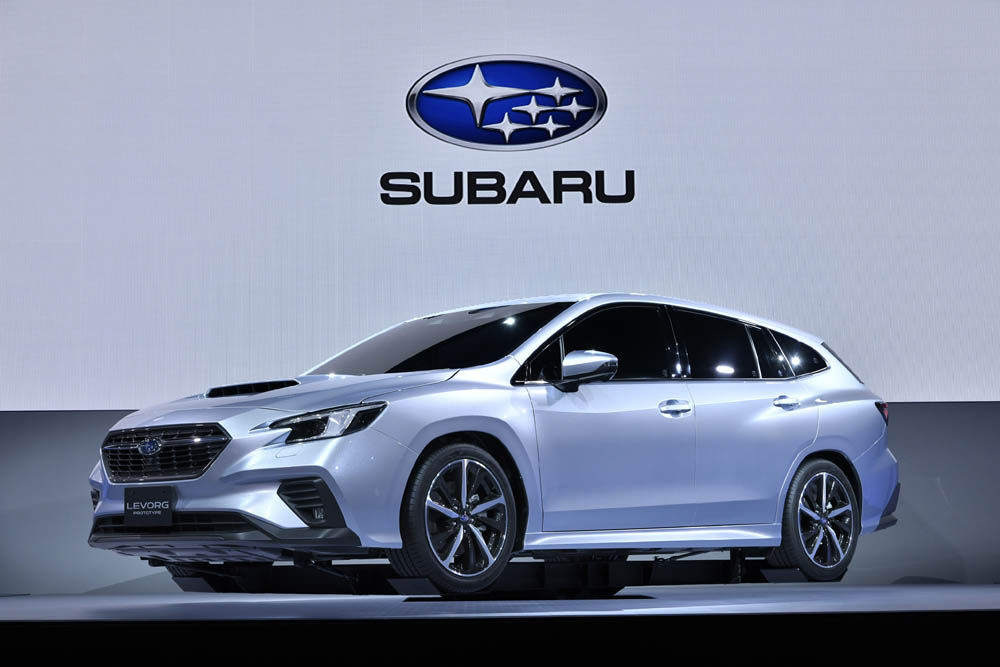 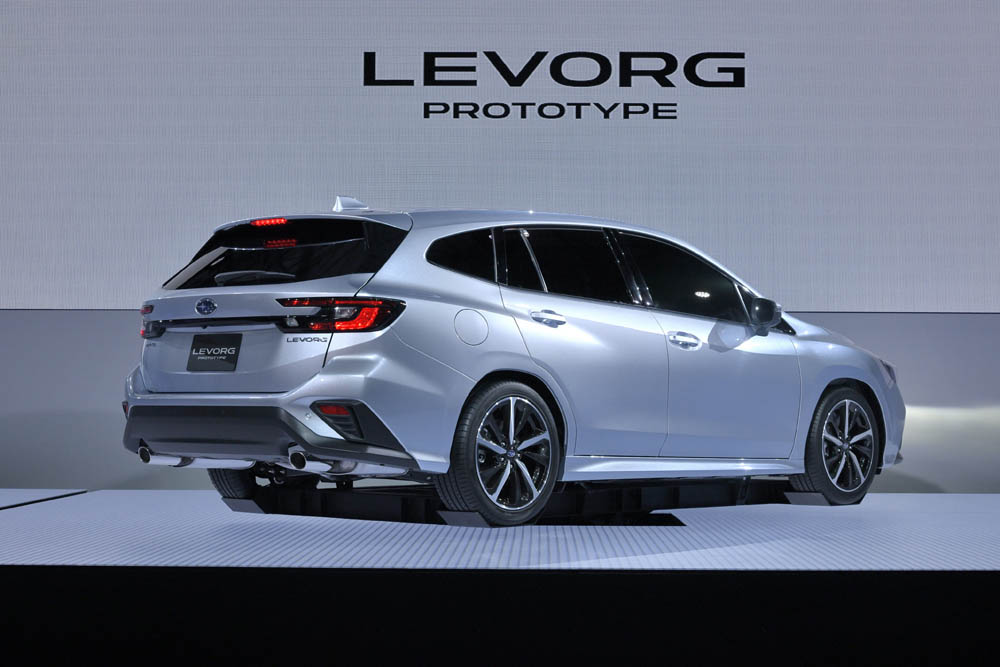 The Levorg Prototype at this year’s Tokyo Motor Show is essentially a preview to the second-generation model. It is an all-new car that is based on the Subaru Global Platform with a full inner frame construction which provides a better driving experience. 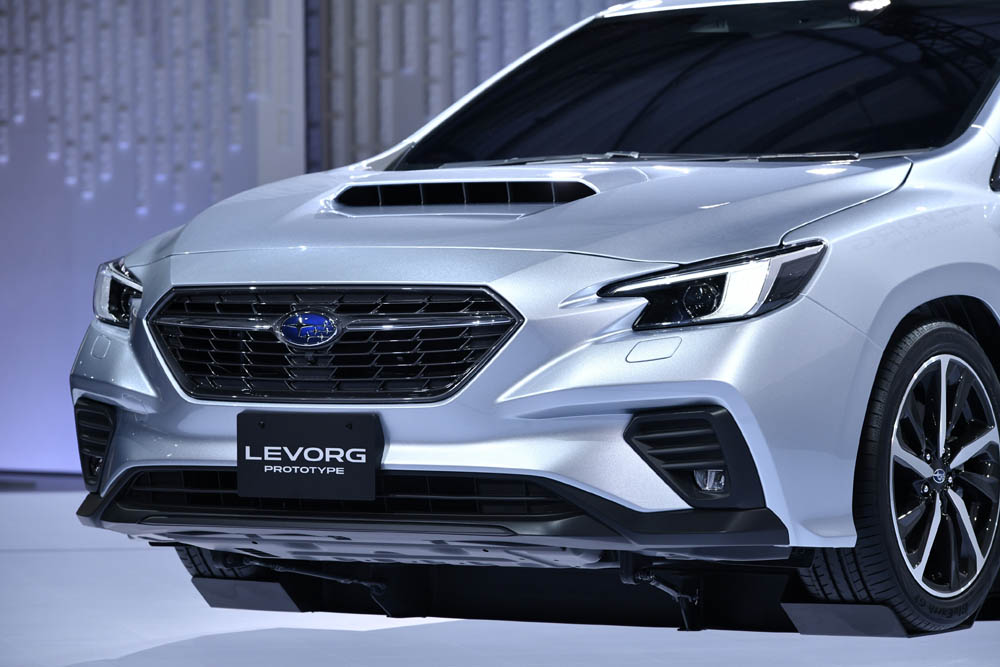 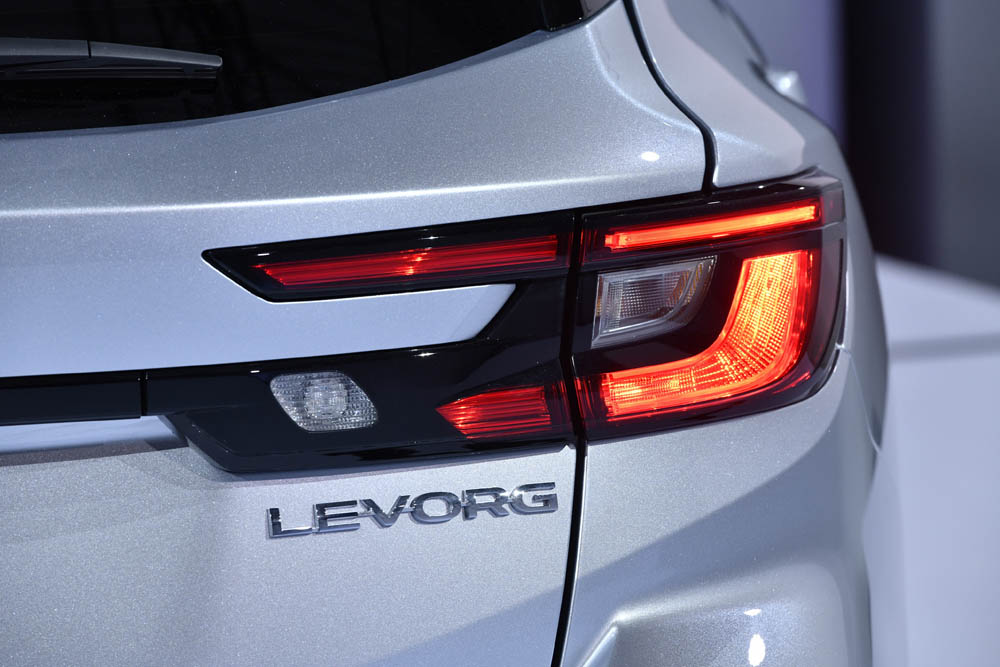 Technologies will include the next generation EyeSight – with renewed stereo camera to scan a wider viewing angle in combination with four radars located in the front and rear bumpers. It senses 360-degree around the vehicle and has expanded a range of pre-collision braking operation to cover crossing and turning at an intersection of low visibility. Newly developed is also a precise locator to detect vehicle position by utilizing information from GPS, combining HD map data to reduce speed before going into a curve to assist hands-free driving in traffic congestion. 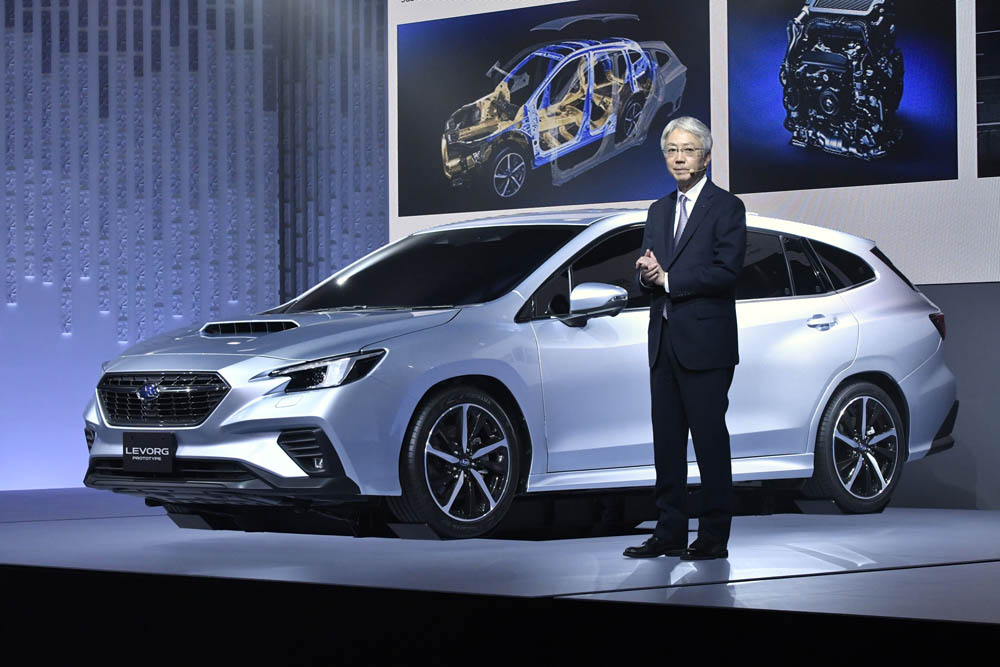 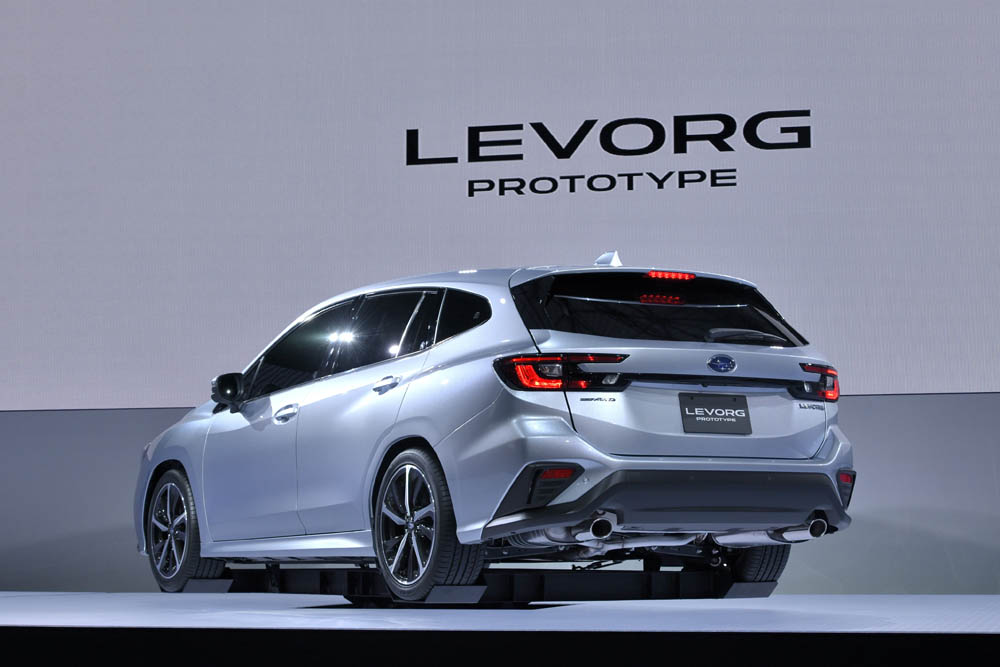 Also new is a 1.8-litre horizontally-opposed direct-injection turbo engine with lean-burn technology that balances acceleration and environmental performance at a high level. Unfortunately, there are no interior images at the moment. The production version is scheduled to go on sale in Japan second quarter of 2020. 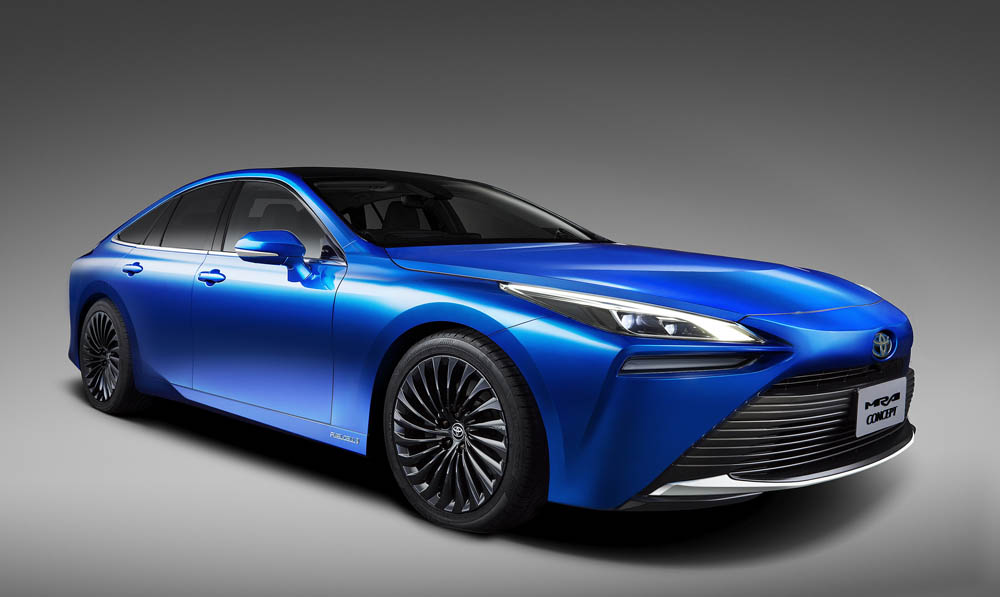 The next-generation Mirai fuel cell electric vehicle has been totally re-designed and improved on all aspects. The first-generation launched in 2014 with about 10,000 cars sold globally. This proved that hydrogen power was another way to diversify energy resources and yet have clean emissions. The all-new Mirai is bigger than its predecessor and has substantial improvements in driving performance. 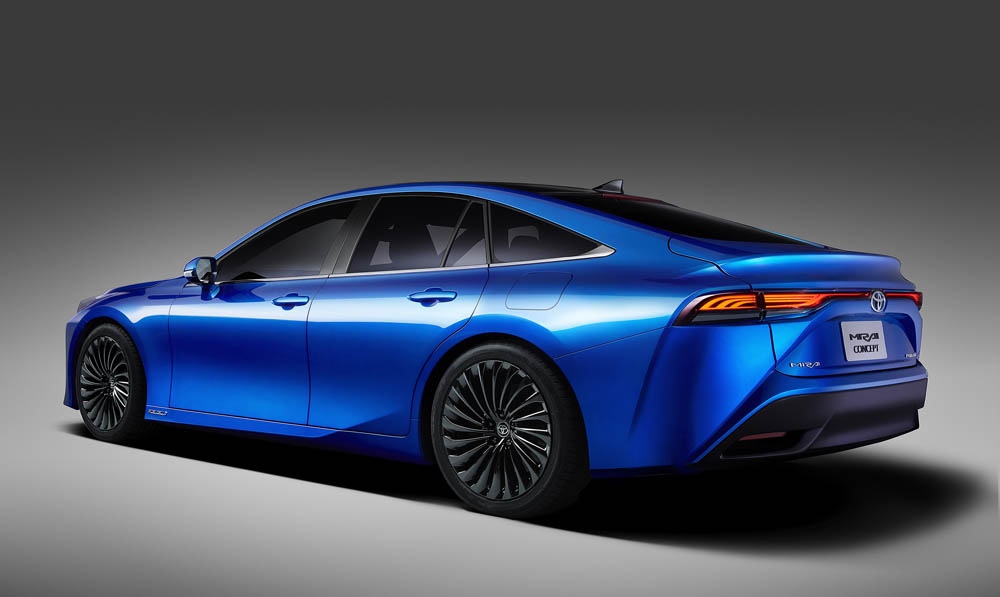 The fully-redesigned fuel cell system including its fuel cell stack delivers substantially improved performance. This includes targeting a 30 per cent increase in driving range (of about over 600 km) over the current generation thanks to increased hydrogen storage capacity, among other measures. 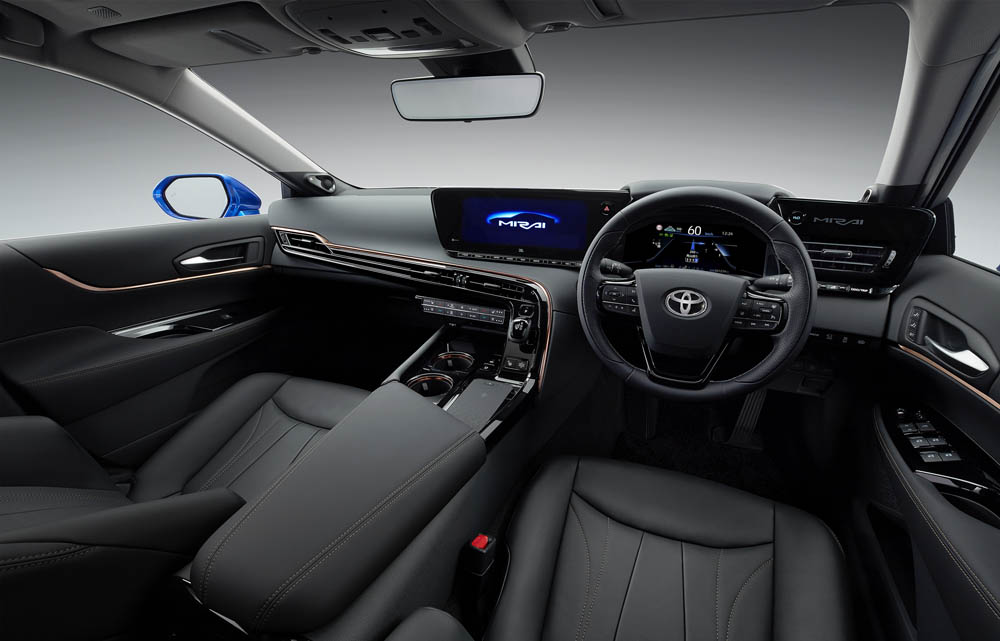 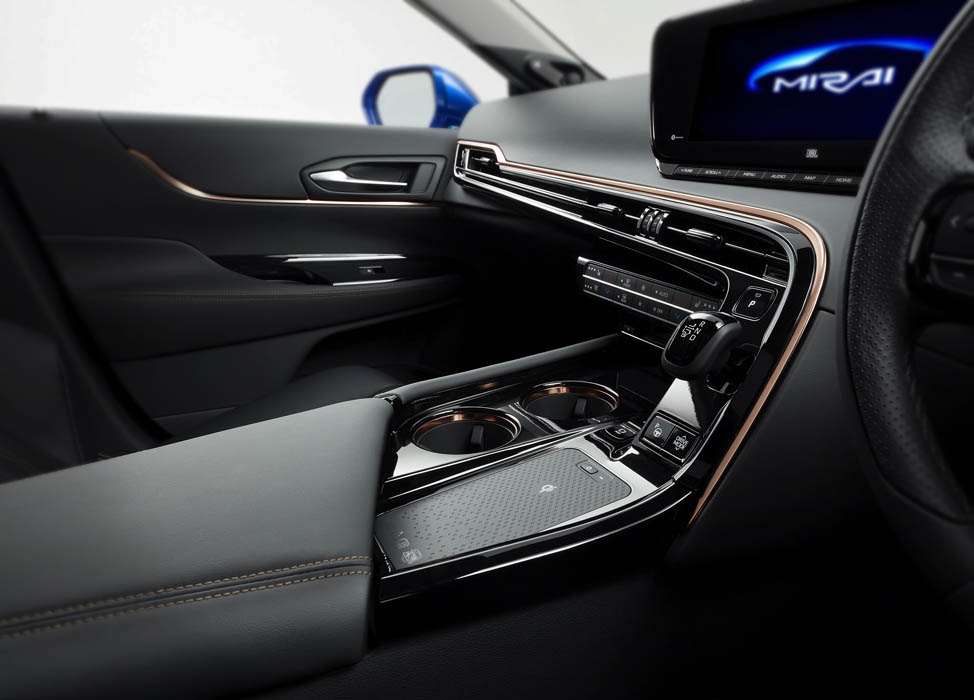 Interior wise, the cabin comes equipped with a 12.3-inch wide screen on the centre console and instrument panel that embraces the driver. This is a simple modern space that creates warmth and comfort. The use of Toyota’s New Global Architecture (TNGA) platform allows for five seats instead of four on the current gen Mirai.

More details of the new Mirai will be available at a later date, with a scheduled launch starting in 2021.

Just in case you missed it, Honda also introduced the all-new 4th generation Jazz at the Tokyo Motor Show. This includes the all-electric Mazda MX-30!

Sell your car to Carsome today! Your driveway needs that new car!