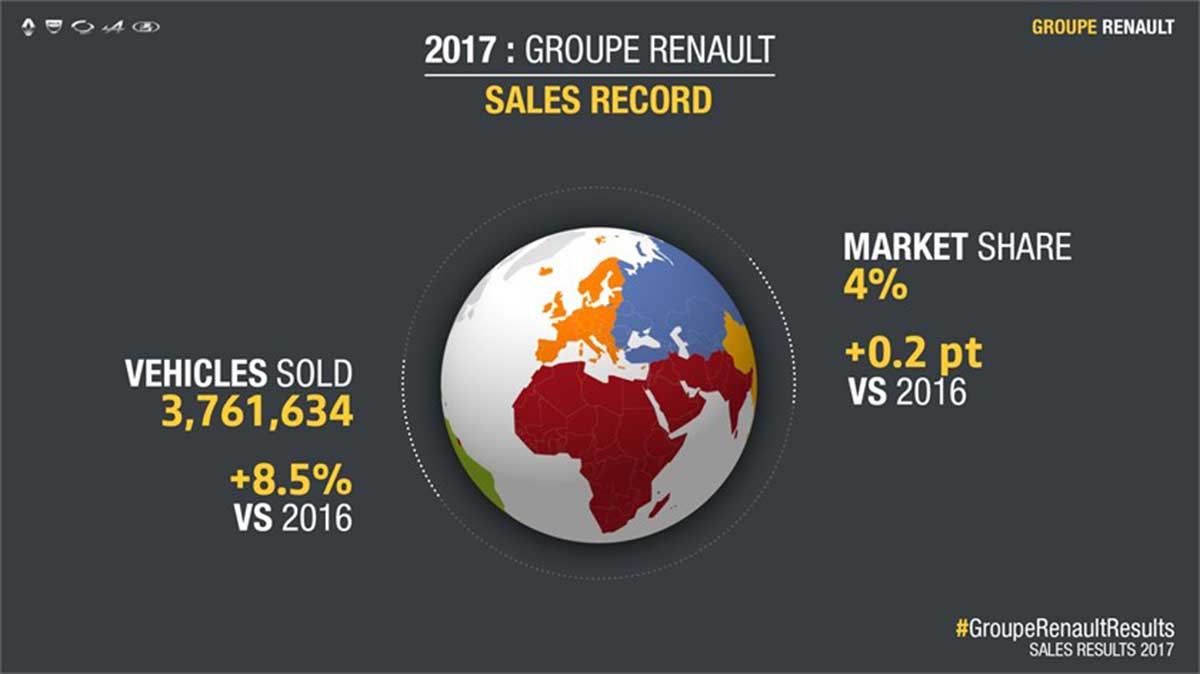 It has been a record year for Renault in 2017, the world’s leading French brand and for Dacia its subsidiary Romanian carmaker. The total sales for Groupe Renault has increased for the 5th consecutive year with 3,761,634 vehicles sold. There is a reported 8.5 per cent rise in global registration for passenger cars and Light Commercial Vehicles. How well has Renault done globally in the past year? Read on below. 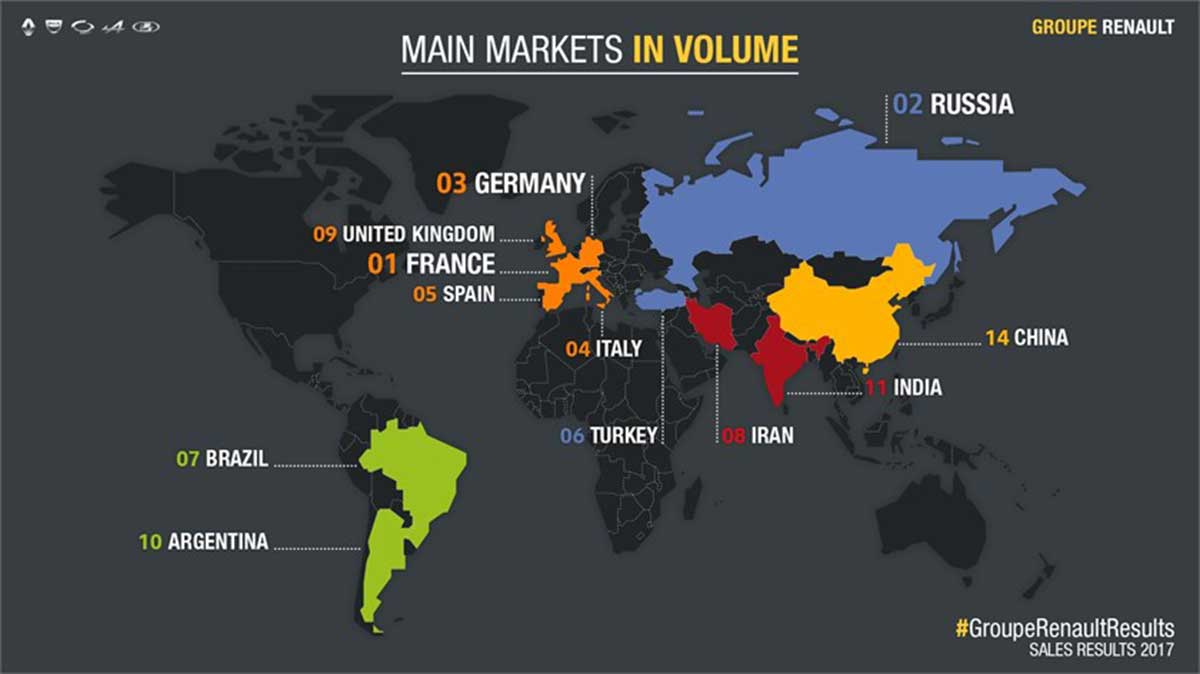 Sales levels have seen an increase in the Light Commercial Vehicle segment (LCV) with a new record of 462,859 registrations. “We set a new group record with sales of over 3.7-million vehicles in 2017 and look to continue to increase sales volume and market share across all regions. In 2018, we will pursue our growth and internationalisation of our sales in line with the Drive the Future plan,” said Thierry Koskas member of the Executive Committee, EVP, Sales and Marketing Groupe Renault. 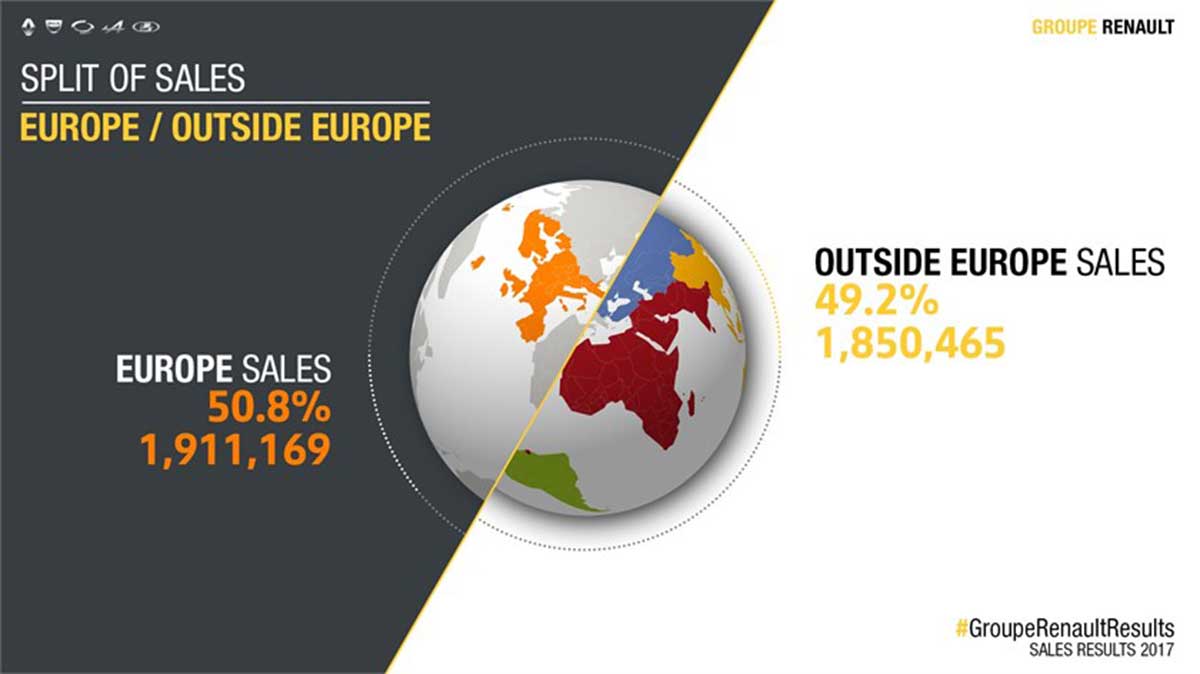 In Europe, the constantly rising market saw a growth of 3.3 per cent, with group registrations that rose 5.6 per cent to 1,911,169 vehicles. In 2017, Renault group mastered a 10.8 per cent share in the entire European market, up 0.2 points. Renault sales were buoyed in large by the renewal of the Megane family in 2016. There was also the launch of the new Koleos, Clio and Captur. Overall, Clio remains as Europe’s second best-selling vehicle thwarted only by none other than Volkswagen Golf, while Captur is the number-one crossover in its class. 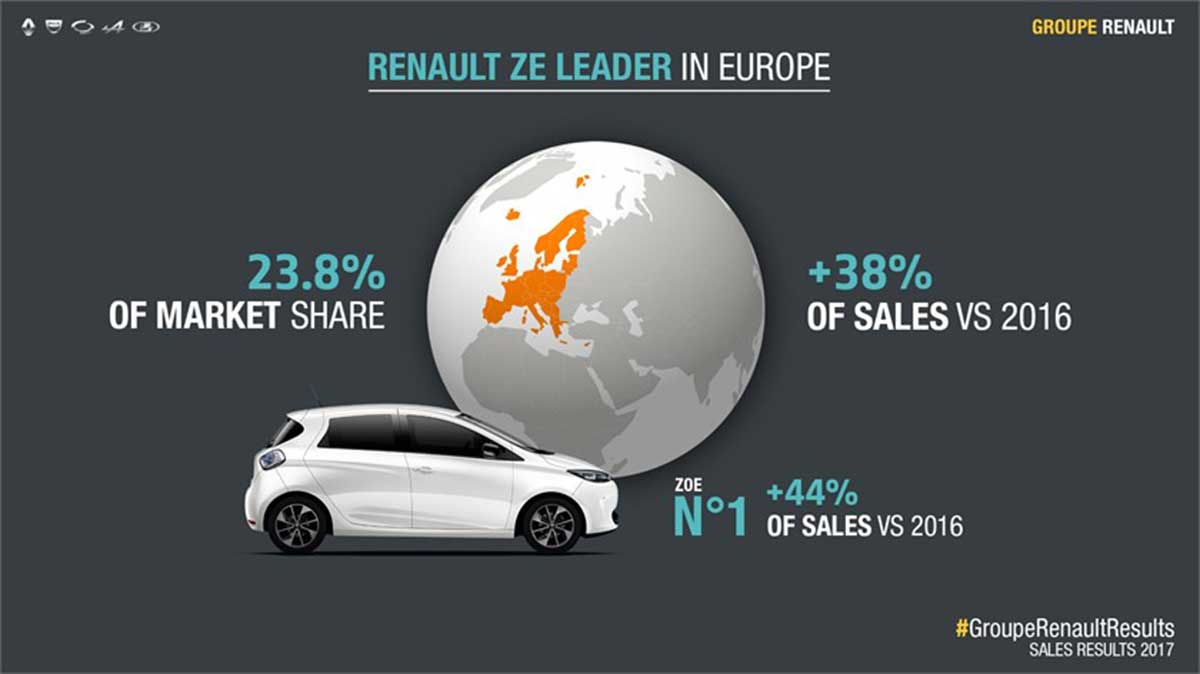 In the electric vehicle segment, Renault take the reins with a market share of 23.8 per cent, we see an increase of sales volume to up to 38 per cent. Registrations of ZOE, Europe’s top-selling electric vehicle rose 44 per cent and a likelihood that it will do even better in 2018. What is good to note in this segment is that with the recent Renault-Nissan-Mitsubishi Alliance, it has become the world’s leading plug-in electric vehicle manufacturer with over half-a-million EVs sold to date. This is in contribution from the vehicle’s in all respective brands – Renault Zoe, Twizy, Nissan Leaf and Mitsubishi Outlander PHEV.

In the Asian Pacific region, registration increased 17 per cent in a market that expanded 2.7 per cent. Elsewhere in China, Renault sold over 72,100 vehicles doubling sales in the span of one year. 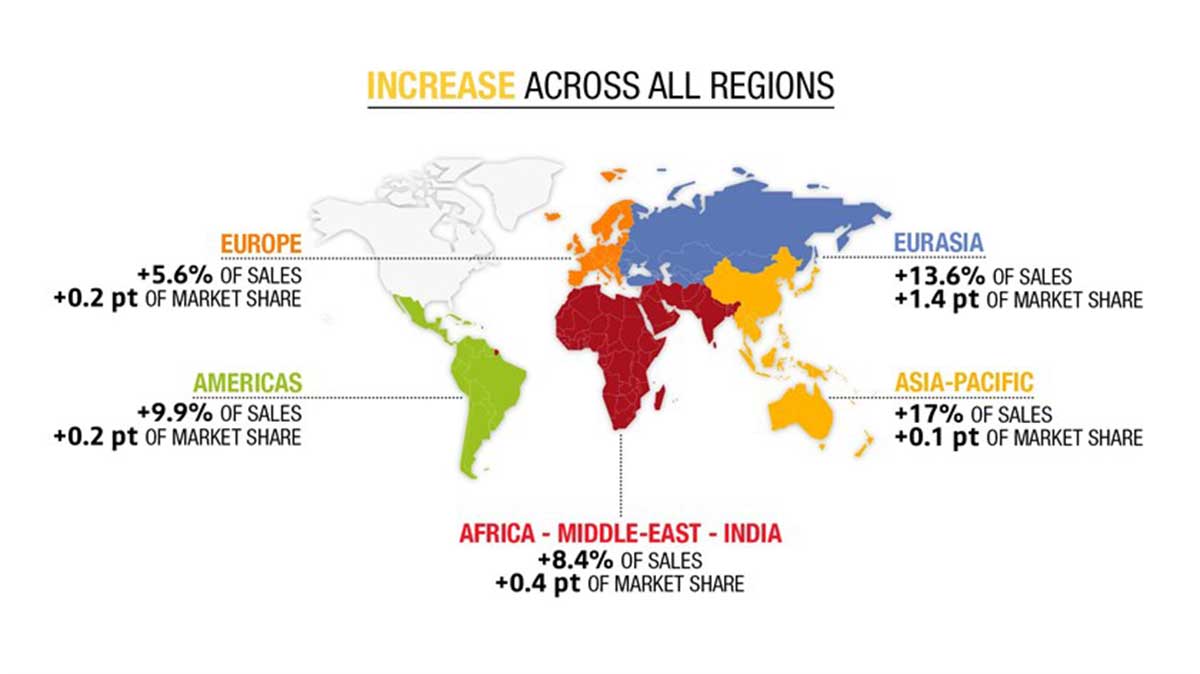 Outside Europe, the group increased volumes and market share across all regions. Group registrations rose 11.6 per cent in a market that grew 3.3 per cent. Sales outside of Europe accounts for 49.2 per cent of the total sales for the make. Groupe Renault has consolidated its positions elsewhere with the success of its new range. Among these it includes Renault Captur, LADA Vesta and XRAY in Russia, Koleos in China, Megane Sedan in Turkey, Duster Oroch and Kwid in the South Americas. 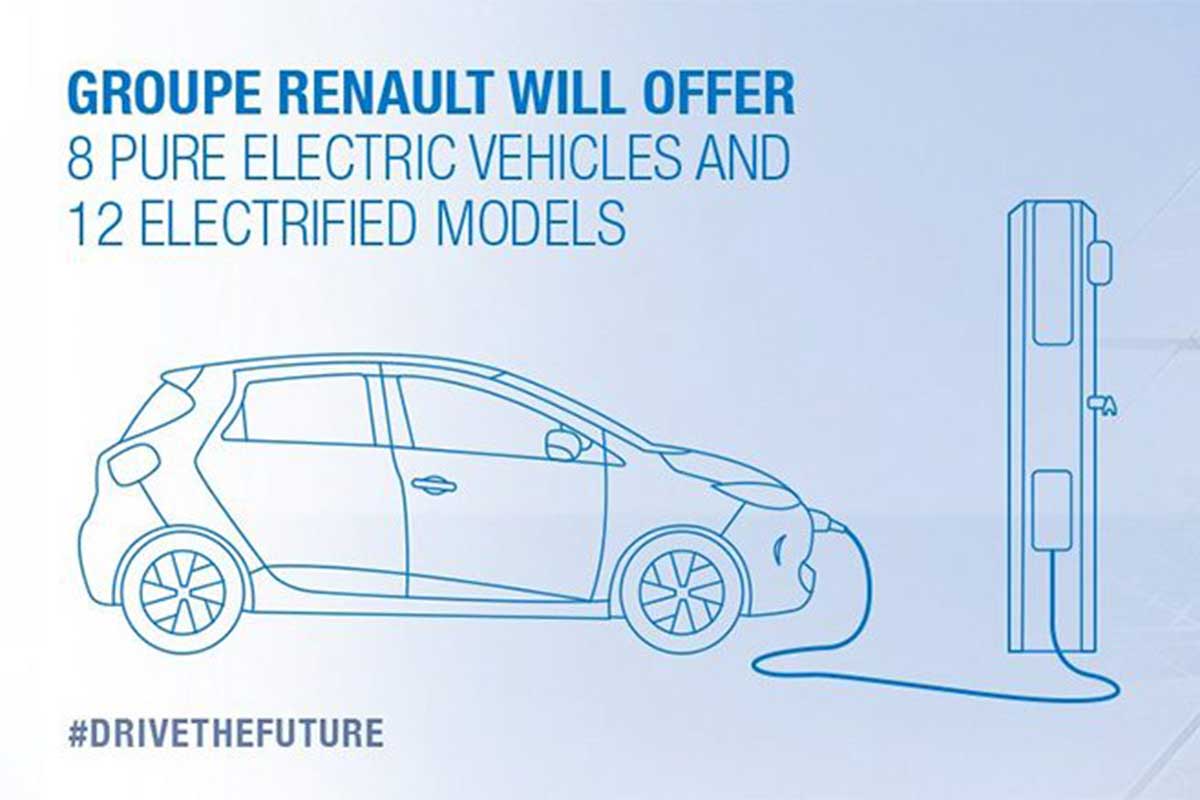 On other fronts, the group is expected to pursue more growth in sales, driven by international markets, in connection with the new Drive the Future plan. Drive The Future is a new six-year plan to deliver annual revenues of € 70 billion, achievable by a group operating margin of over 7 per cent by the end of the plan. Under this plan, Group Renault will also leverage the R & D and global economies of scale from Renault-Nissan-Mitsubishi, the world’s largest automotive alliance in looks to cut cost and maintain financial discipline. To read more about future plans, visit Groupe Renault official website.

Carsome provides a fast, fair and free experience if you need to sell your car! Drop by today or fill up the form below!