Will Electric Self-Driving Cars Be Feasible in Malaysia?

Electric Vehicles (EVs) are beginning to flood the Asian market. Every weekend, there seems to be a brand new EV released either from China or in Malaysia. The current state of the automotive industry has been drastically shifting itself to a camaraderie of an electrical lineup. As of January 2022, Paultan.org reports that only 274 EVs have been sold in Malaysia despite having tax incentives and exemptions offered by the government which you can read more about here.

One current feature pioneered by EVs in all of their cars is the self-driving feature. For the uninitiated, Self-Driving or Autopilot, similar to the ones used in big airplanes, is software installed to autonomously assist the driver in getting from Point A to B based on the location provided. This feature was first pioneered by Tesla in their models and sequentially, other manufacturers like Kia, Mercedes, and Volvo started following suit too. EVs and Electric Self-Driving Cars are soon going to be the norm. However, is Malaysia really prepared to embrace EVs yet? Let’s take a look at this one incident that happened in the country a while back. 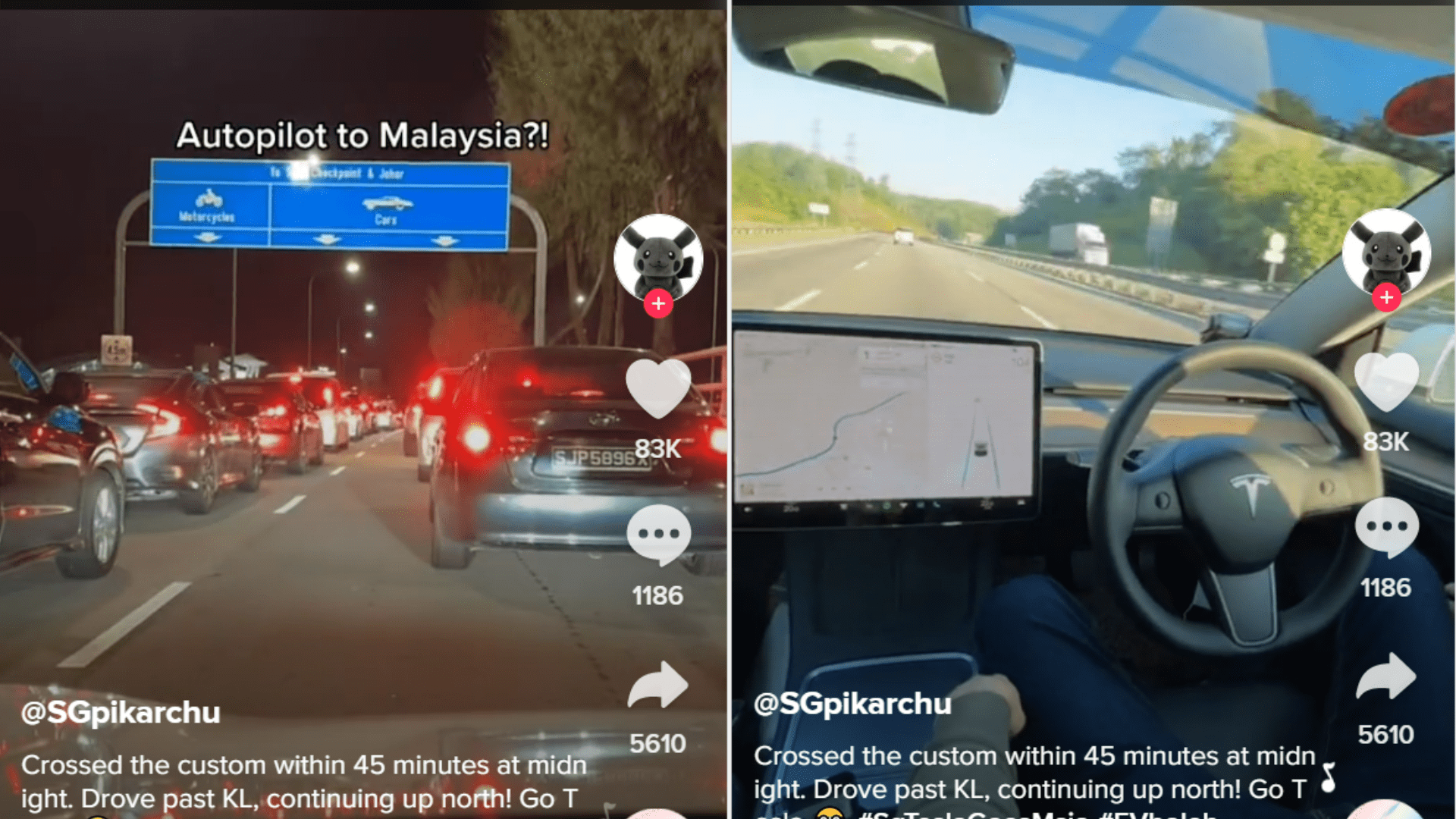 Earlier in March this year when the Malaysia/Singapore Border recently opened up, a couple from Singapore recorded their entire road trip from Singapore all the way to Penang, with their Tesla on Autopilot. The dealbreaker for this whole event is the driver did not have their hands on the steering wheel as depicted in the photo. This was not the first isolated case around the world. Electric Self-Driving Cars have been making waves due to people abusing the feature be it for convenience, or for nefarious purposes.

Although we do not have laws to regulate Electric Self-Driving Cars, the couple was still under investigation by the police as quoted by Bukit Aman Chief Assistant Director of Traffic Investigations and Enforcement (JSPT) Superintendent Dr. Bakri Zainal Abidin according to Guangming Daily.  He further stressed that the Land Traffic Act 1959 insists that drivers must drive well, be careful and concentrate. Thus, a driver must be of sound mind, while having their hands on the steering wheel for the whole journey.

While there are no laws that govern autonomous driving, Superintendent Dr. Bakri Zainal told the reporters at Guangming Daily that hands-free driving can make the driver and occupants completely oblivious to their surroundings. Furthermore, he added that Tesla’s Autopilot system is not completely foolproof. He also quoted an incident where a couple from California was killed in a car crash when the autopilot system failed.

Electric Self Driving Cars still remain a novelty among Malaysian drivers due to their relatively new introduction onto Malaysian roads. However, a new debate arises on electric self-driving cars, how well would they fare on our roads? First off, let’s start by discussing the driving habits most Malaysian drivers exhibit. 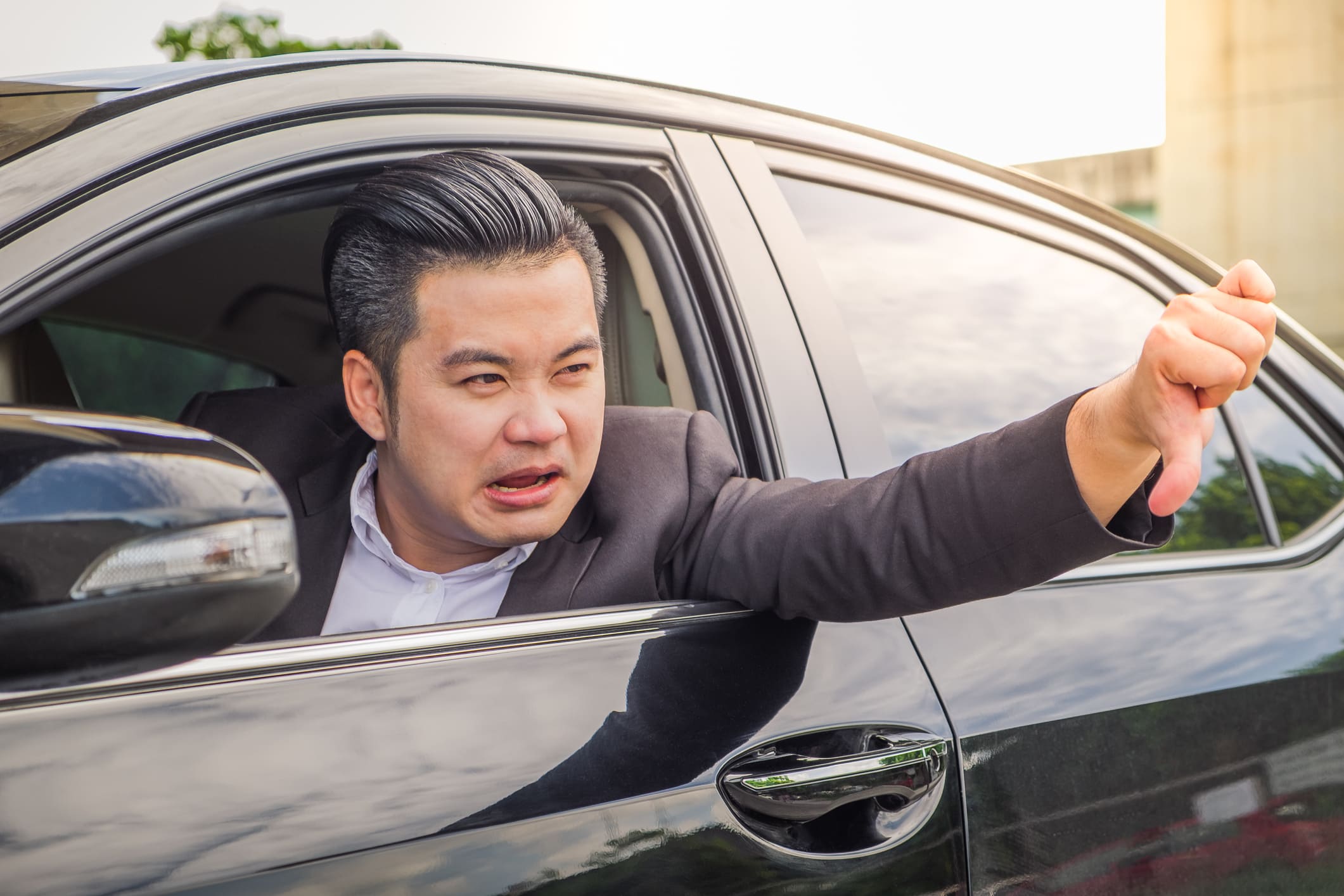 If there’s one thing Malaysia is famous for, it’s our driving habits. Time and time again, Malaysia has been ranked globally by firms and research institutions as one of the top 10 most dangerous countries to drive in. I mean, have you driven in Klang or Penang before?

1. Malaysia ranks as the eighth most dangerous country to drive in, according to a study conducted by driver’s education firm Zutobi.

The study, which analysed 52 countries, gave Malaysia an overall safety score of only 5.63 out of 10. https://t.co/GregaEQuze pic.twitter.com/m6aE6Fsnlz

The Ministry of Transport reports that on average, 18 people are killed in road accidents daily. This can be backed by looking no further than the number of accidents captured by dashcam videos that surface on Malaysian Facebook daily. In addition, Malaysian Daily recently reported that at least 42% of our drivers do not feel safe on the road. Let’s be honest, how many drivers are still seen with a phone in their hand and speeding despite all the harsh warnings and punishments? Or better yet, how many motorcyclists are still riding carefreely on the road?

However, this goes both ways for Electric Self-Driving Cars too. There are numerous fatalities reported from Tesla’s Autopilot System crashing and killing two people in the United States. As of this year, the Washington Post reports 273 fatalities were caused by Tesla’s Autopilot system. Clearly, our current technology isn’t as perfect as we thought it would be. Now picture a malfunctioning Tesla Autopilot meeting a bad driver together on our roads. Like Mentos in a bottle of coke, it’ll spell a recipe for disaster. 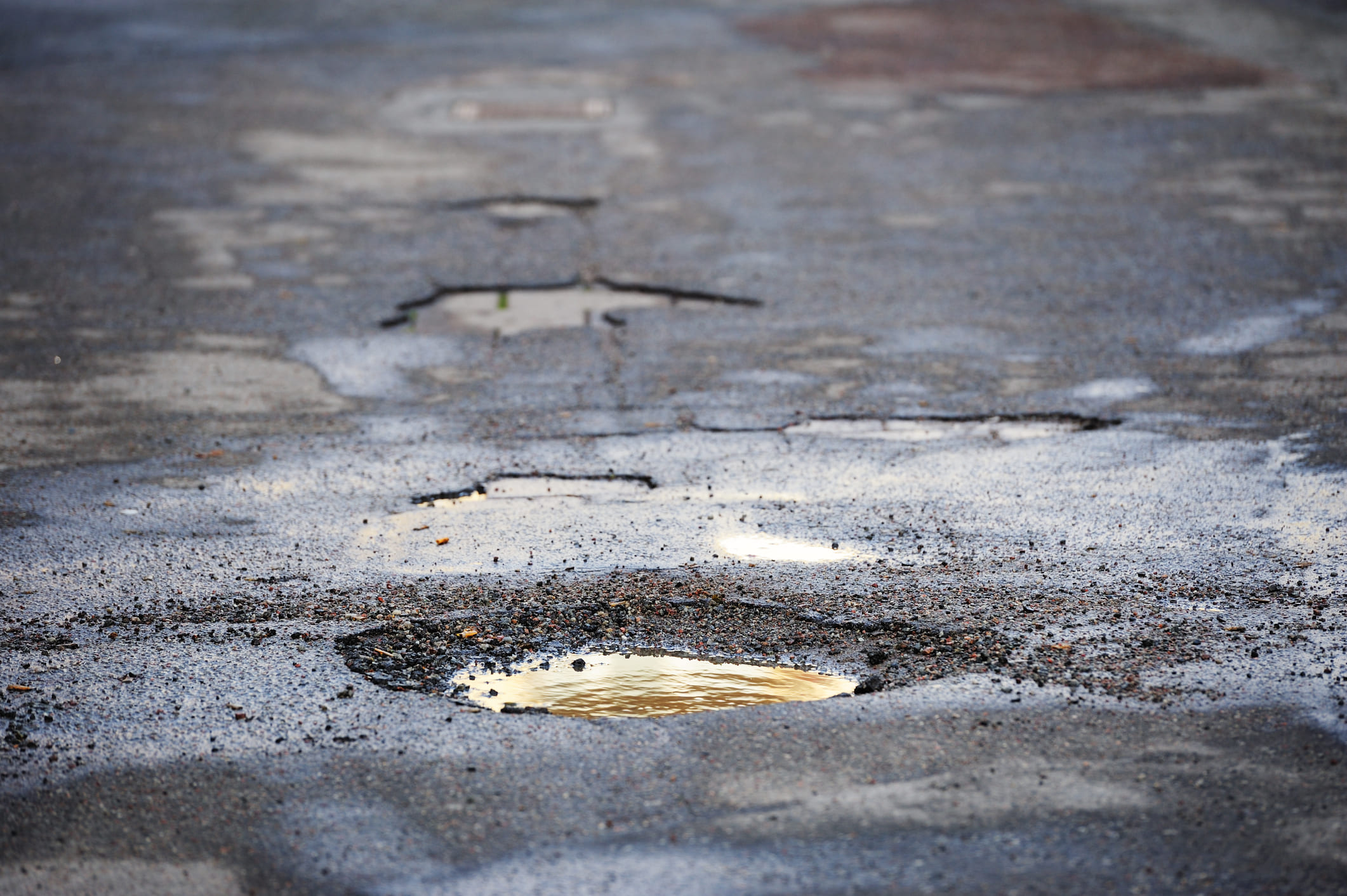 It’s also no secret that Malaysian roads have more holes than a slice of Swiss cheese. Occasionally, these potholes can claim fatalities from unsuspecting motorcyclists. Unless you’re someone of important status who suffers an injury from tripping over one, don’t expect them to be fixed anytime soon. To make matters worse, as of 2020, The Star reported that there are more than 50,000 potholes reported by Waze users in Selangor alone! Given that this was two years ago, it’s safe to say those numbers have increased by now.

For Electric Self-Driving Cars, Tesla recently just rolled out a software update on their cars to detect potholes and adapt to them. With its Active Suspension System, Tesla states that the car will automatically adjust its ride height if it detects rough road conditions ahead. Note that this feature is only available to models with Adaptive Suspension installed like the new Model S and Model X.

Self-driving cars don’t even try to avoid potholes; they just drive slowly over them.

What is the future for Electric Self-Driving Cars in Malaysia?

Will Electric Self-Driving Cars be fully utilized in Malaysia? We really can’t tell from these challenges. When the stars align, autonomous cars can be beneficial to soothe our daily communing blues, like sleeping in your self-driving car while letting Jesus take the wheel. However, with the current state of our roads and the regular habits of Malaysian drivers, it’s hard to say whether Electric Self-Driving Cars can ever be feasible for the foreseeable future. We’ll let you be the judge.