Autonomous vehicles or self-driving cars have been a big part of pop culture and science fiction movies, being embodied in characters like K.I.T.T. in Knight Rider and Bumblebee in The Transformers. While we don’t have talking robot cars just yet, autonomous vehicles are actually very much a part of our daily lives.

Whether you realize it or not, more cars are being built with some level of autonomous driving ability. And while they can’t shuttle us where we need to be and park themselves, cars are getting better at staying within the lanes, self-driving in stop-and-go traffic, and even preventing collisions. 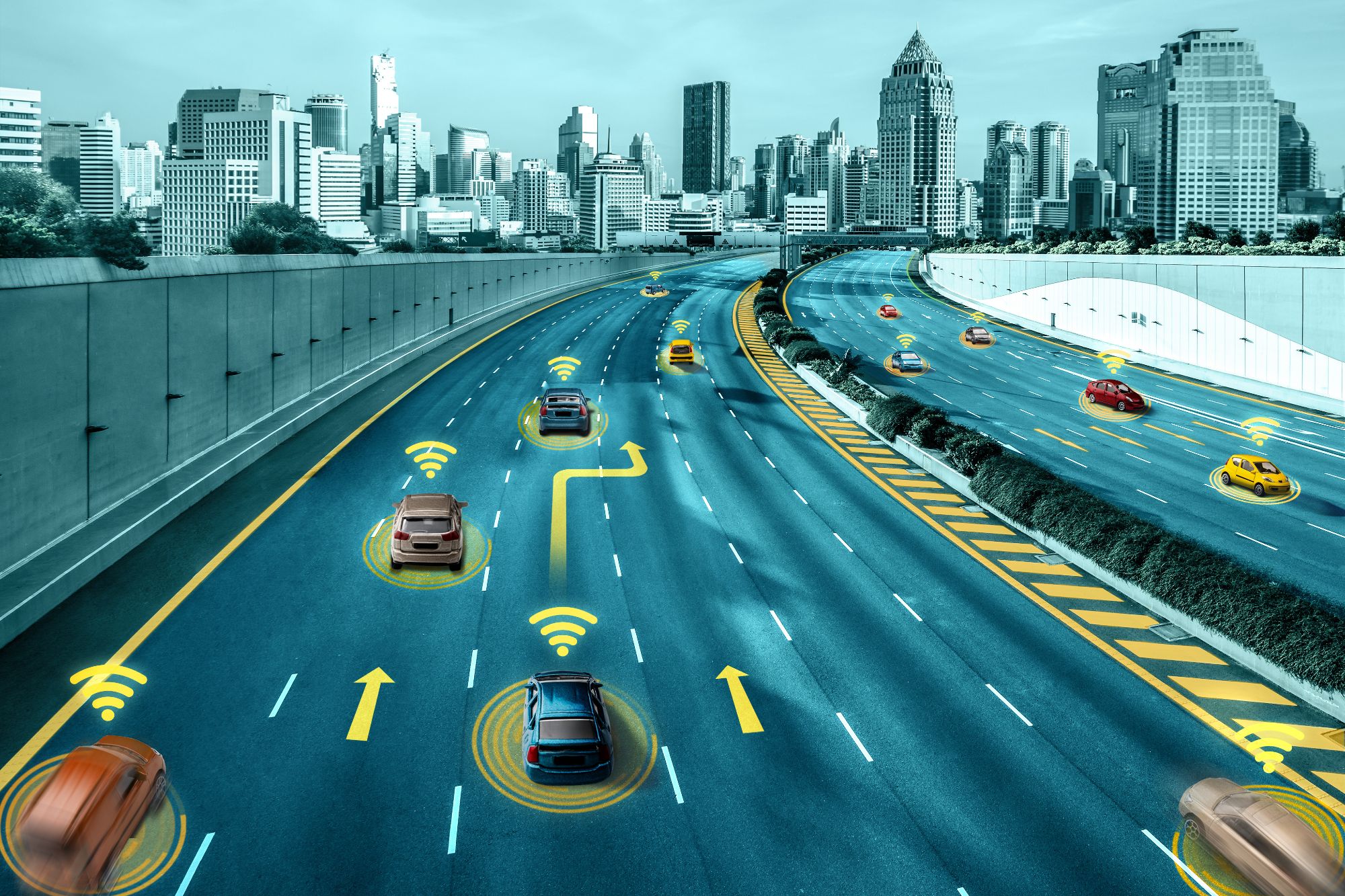 What is Autonomous Driving?

Vehicle automation doesn’t just mean that a car can drive itself from point A to point B, but rather, is a suite of technologies that give a car varying levels of self-driving capability. There are six levels of autonomous driving which range from a car with no automated driving features to one that can drive itself without human intervention.

Cars with autonomous driving technology use sensors and cameras to detect the road and objects around them, and then take preprogrammed actions based on what is detected.

These sensors, such as stereo cameras, radar, and ultrasonic sensors send information to the onboard camera to allow the car to “see” its surroundings. It can then use the information to perform actions like staying in the lane while cruising on the highway, parallel parking, and more.

The levels of driving automation on a vehicle are defined by the Society of Automotive Engineers (SAE) and they are categorized based on how many dynamic driving tasks (DDT)  are handled by the car’s onboard artificial intelligence (AI). The more self-driving an autonomous vehicle can handle without human intervention, the higher its autonomous driving level.

Vehicles in this level have no autonomous driving capabilities and are fully controlled by a human driver. Cars in this category typically have no driver assistance features so when a driver loses control of the car, they are responsible for regaining control of it. Most cars on the road are still at Level 0, though more manufacturers are equipping even their budget cars with driver assistance features like the advanced safety assist (A.S.A) seen on Perodua cars.

Read More: Everything You Need to Know About Hybrid Cars

At autonomous driving Level 1, the vehicle is equipped with basic driver assistance that controls either the throttle or lane steering but not both at once. One feature at this level is adaptive cruise control (ACC) where the car can control the speed of the car while keeping a safe distance from the vehicle in front.

Since the driver still has to monitor other aspects of driving and control the steering, Level 1 is also called a “hands on” autonomous system. Other features you can expect on a Level 1 car include automatic emergency braking (AEB) and lane departure warning. Some cars may also have basic parking assistance at this stage.

In Level 2 automation, also called “hands off”, the system is able to fully control the vehicle’s acceleration, braking, and steering. However, the driver still needs to monitor the driving and be prepared to take control at any time should the system fail to handle the situation. In fact, some cars may have cameras in the cabin that monitor the driver’s eyes to make sure they are paying attention to the road.

ADAS (advanced driver assistance systems) incorporate Level 2 capabilities to improve the safety of a car. Features available at this stage include a more capable ACC combined with lane keep assist that can operate at higher speeds and a more advanced self-parking feature.

The most advanced self-driving system currently on the market is Level 2, which includes Tesla’s Autopilot. That said, other manufacturers also implement Level 2 automation which you can find on cars like the Perodua Ativa and Honda Civic.

Level 3 autonomous driving is called an “eyes off” system as it allows the driver to have their attention on something other than the road. This system is designed to mostly operate on clearly defined roads that require minimal complex maneuvering, like on highways.

However, the driver should be prepared to take control of the vehicle in an emergency. The system can also notify the driver to take control in tricky situations such as when there are roadworks, failing which, the car will slow down and stop at the roadside to reduce the risk of an accident. 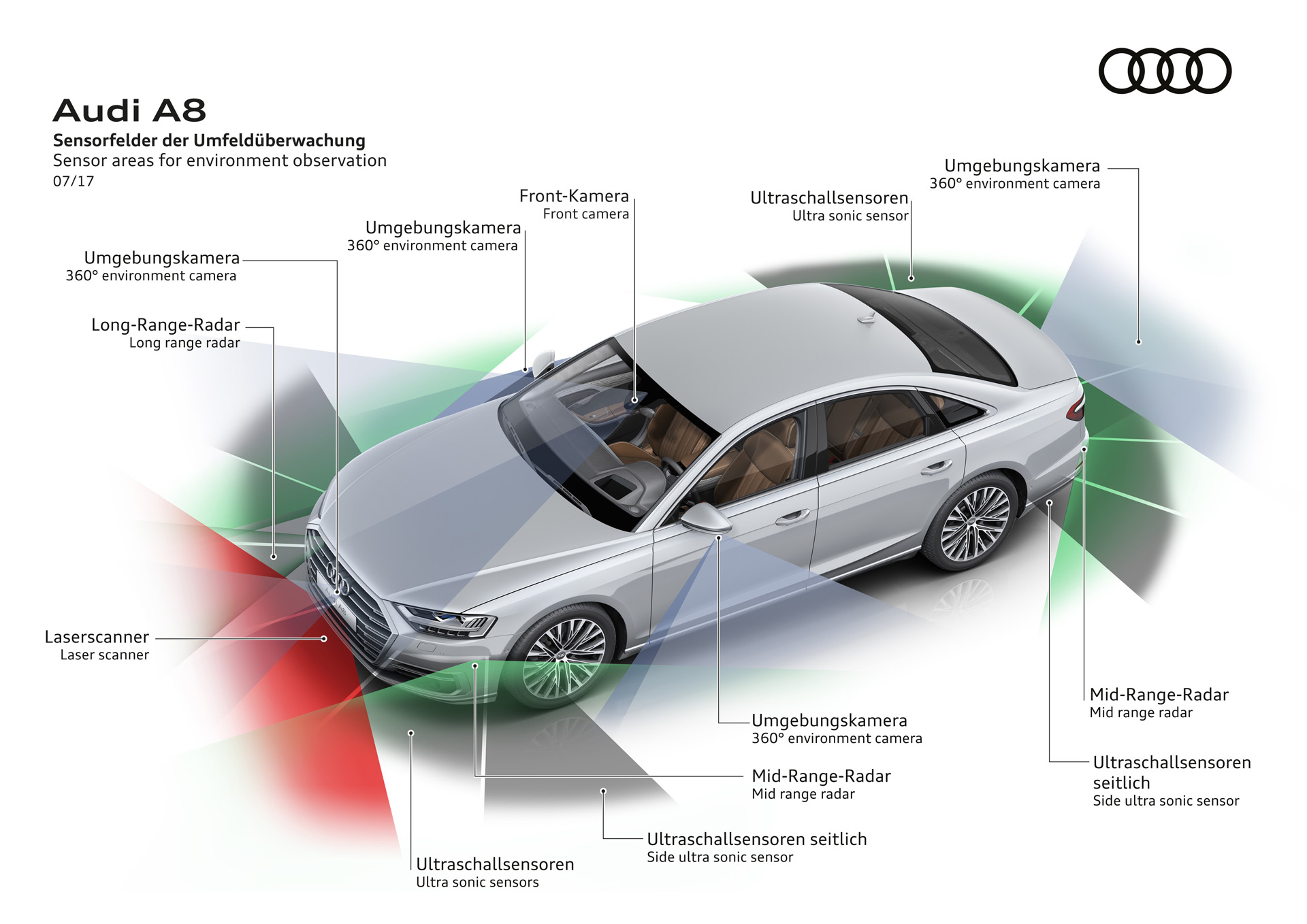 Sensors in level 3 autonomous Audi A8

Autonomous vehicles at this stage have more advanced sensors to detect changes in the surroundings and are more capable of maneuvering in traffic and merging lanes. Audi planned to release the world’s first Level 3 autonomous vehicle in 2019 in the Audi A8, but a lack of approval from global regulators prevented Audi from implementing the system.

Read More: Malfunctions in Car Safety Features and How to Check Them Before It’s Too Late!

Level 4 autonomous driving, or “mind off” is practically full automation and doesn’t require the driver to pay attention, meaning you could safely sleep in a Level 4 car. However, self-driving is mostly only supported in geofenced areas (usually in the city) or under special circumstances such as on an open highway drive.

A Level 4 vehicle can stop itself without relying on a human driver. Therefore, if the vehicle detects anomalies on the road that it’s not designed to handle or if it exits the area it’s programmed to operate in, it will prompt the driver to take control or, if ignored, will safely park itself.

This level of automation is mostly used in public transport services like self-driving robotaxis from companies like Cruise and Waymo. In fact, Waymo even offers its robotaxi service for airport trips in Phoenix, Arizona. Sadly, Level 4 robotaxis are still unavailable in Malaysia. 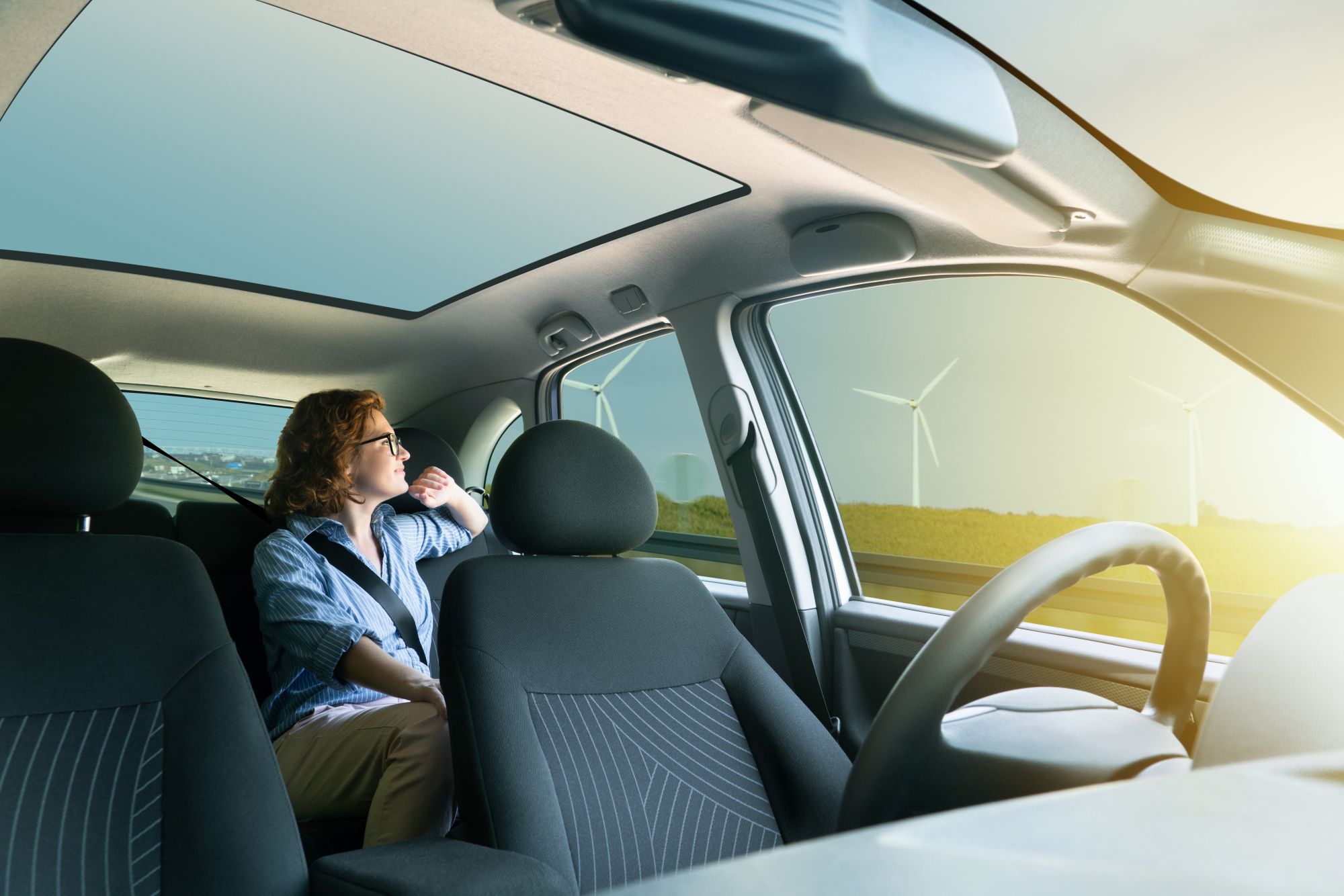 The final stage of autonomous driving is Level 5, or full driving automation. Level 5 cars can drive anywhere under any condition, safely. They don’t require human intervention and may not even have a steering wheel or pedals. These cars will be controlled by advanced computers and AI, and possibly be connected to various online traffic systems to ensure they are as safe as possible on the road.

Testing on fully self-driving cars is continuously being carried out by companies like Tesla and Waymo but we are still at least several years away from having them on our roads. That said, autonomous driving features are improving every year and are finding their way into more cars giving us better, safer cars.

While fully autonomous vehicles are not available on the market yet, you can find plenty of quality cars with level 2 ADAS on CARSOME.

So what are you waiting for? Check out the CARSOME inventory today or download our app from the Google Play Store or Apple App Store.