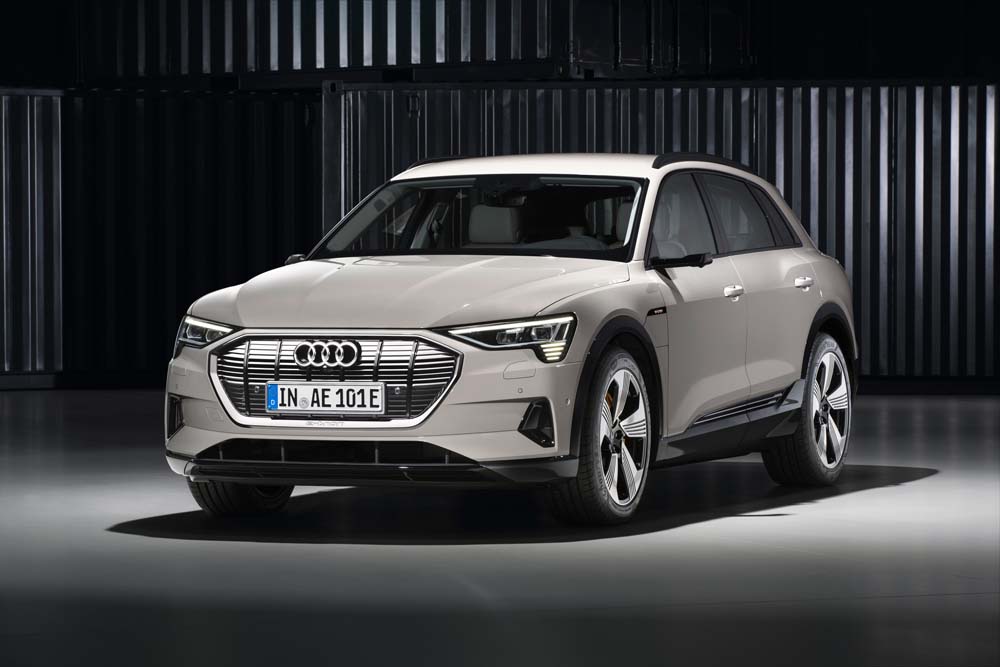 Audi’s first fully electric production model takes the form in the new e-tron. The e-tron showcases the brand’s technological glimpse into the future via an all-electric SUV. Whether it’s standing still or on the move, the e-tron is expressive in the sill area, electric tailboard and the light grey Singleframe at the front. Underneath, the most important part of the car takes place. 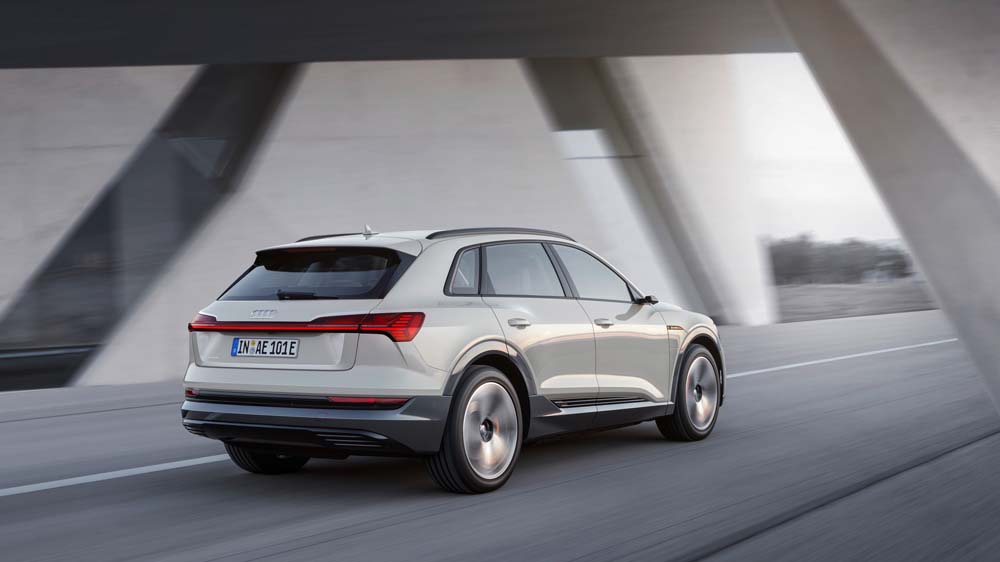 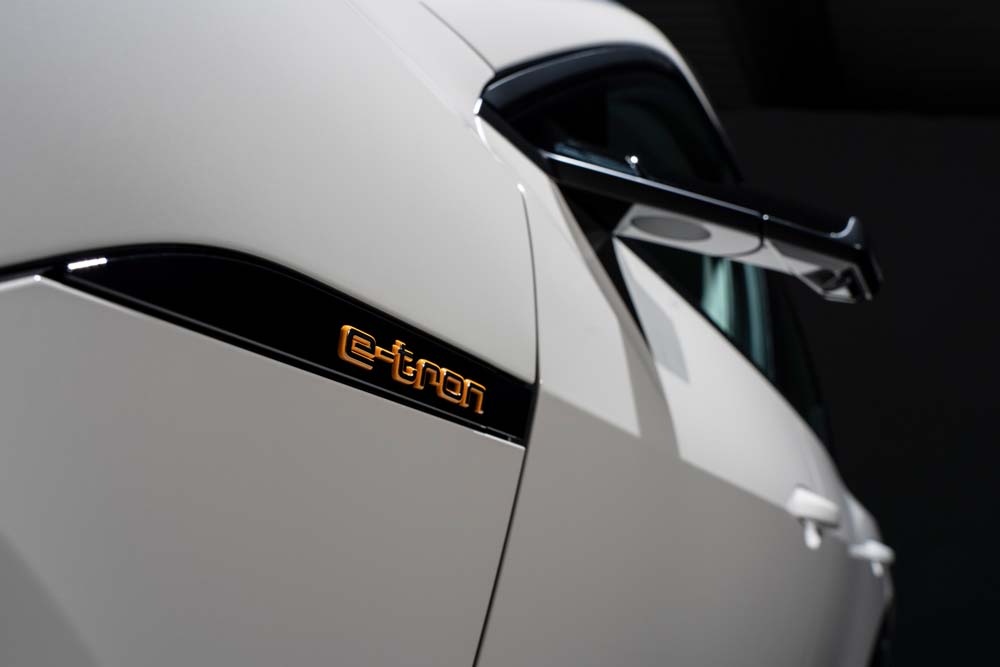 The e-tron is powered by two powerful electric motors that are CO2-neutral and virtually silent. A new generation of the quattro drive, the electric all-wheel drive, ensures excellent traction and dynamics. It ensures the continuous and variable regulation of the ideal distribution of drive torque between the two axles – within a fraction of a second. 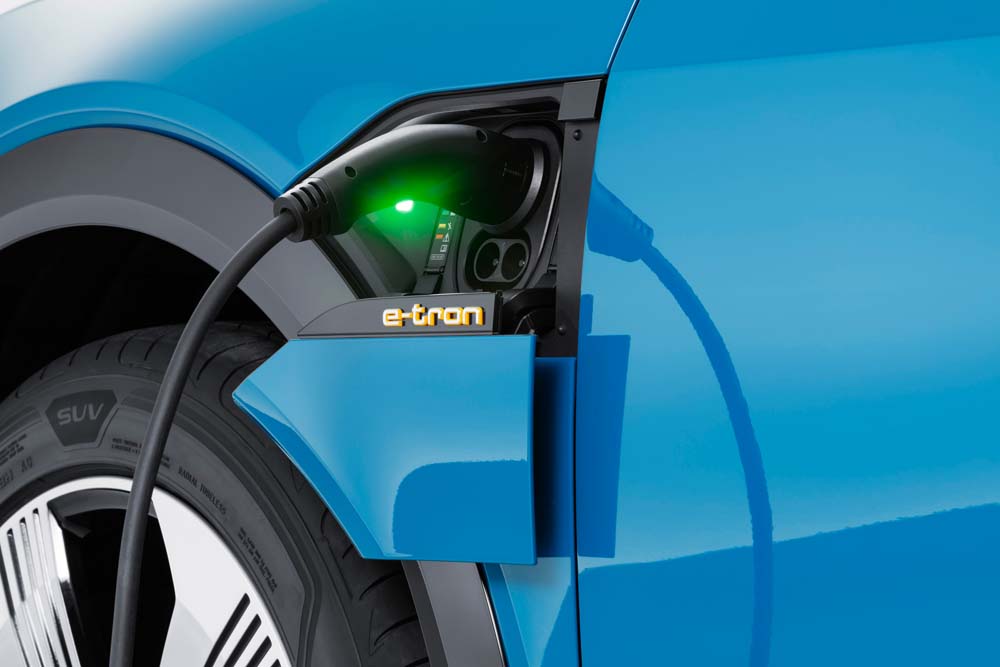 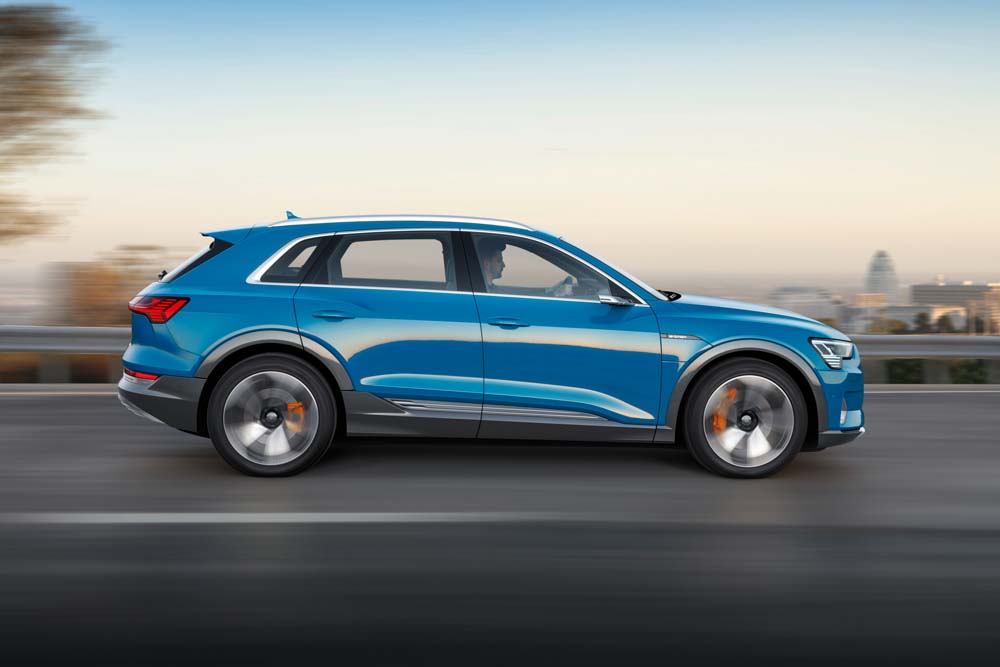 The sporty character and transverse dynamics is thanks to the low and central position of which the battery system is installed. Packed with a 95 kWh battery pack, it provides the e-tron a range that is suitable for long distances. While the figure isn’t disclosed yet, estimates put it at about 400 km. Audi also mentions that the battery can be recharged to 80 per cent in 30 minutes using a 150 kW charger. 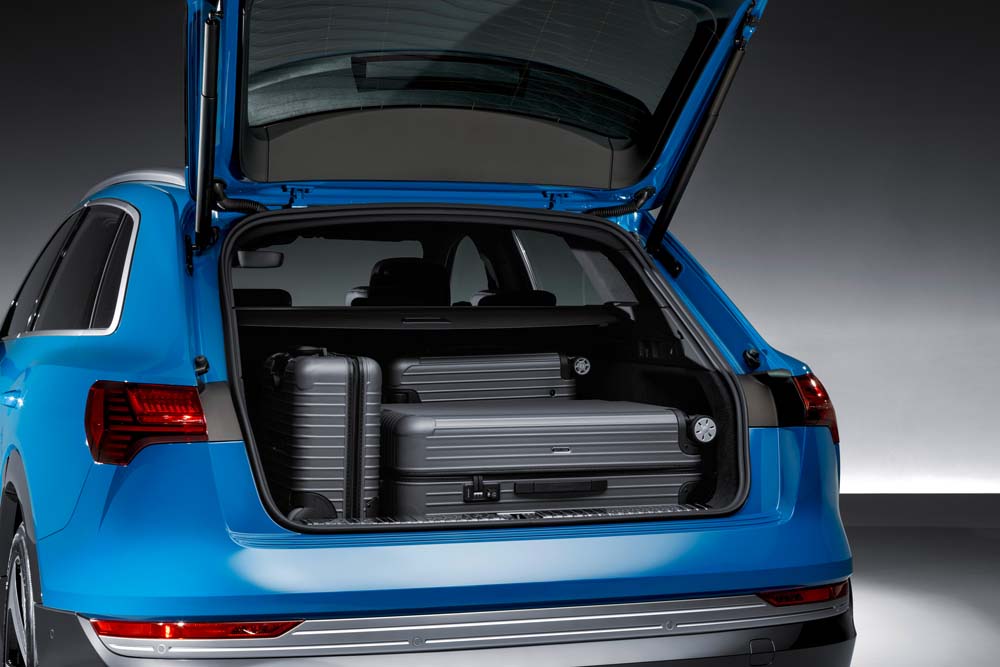 Recuperation of energy from the electric motors is during far more than 90 per cent of all decelerations. It taps its maximum recuperation potential in combination with the integrated electrohydraulic brake control system. This makes Audi the world’s first carmaker to use such a system in an electrically powered series production vehicle. 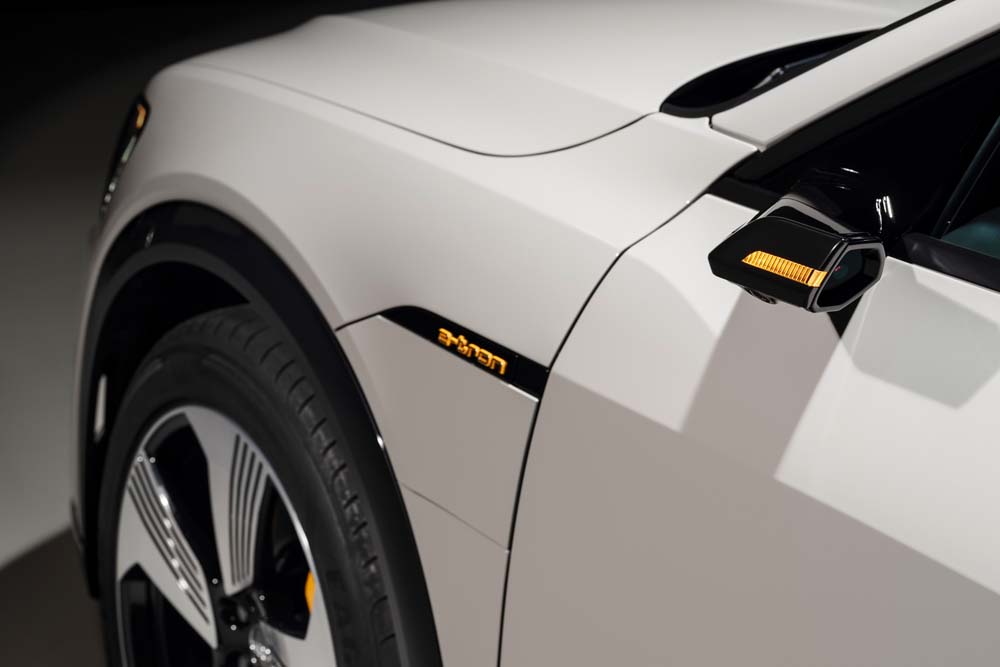 In line with the aerodynamic efficiency, one of the noticeable highlights are the world’s first optional virtual exterior mirrors in a production model. They not only reduce aerodynamic drag, but also take digitalisation to a new level. 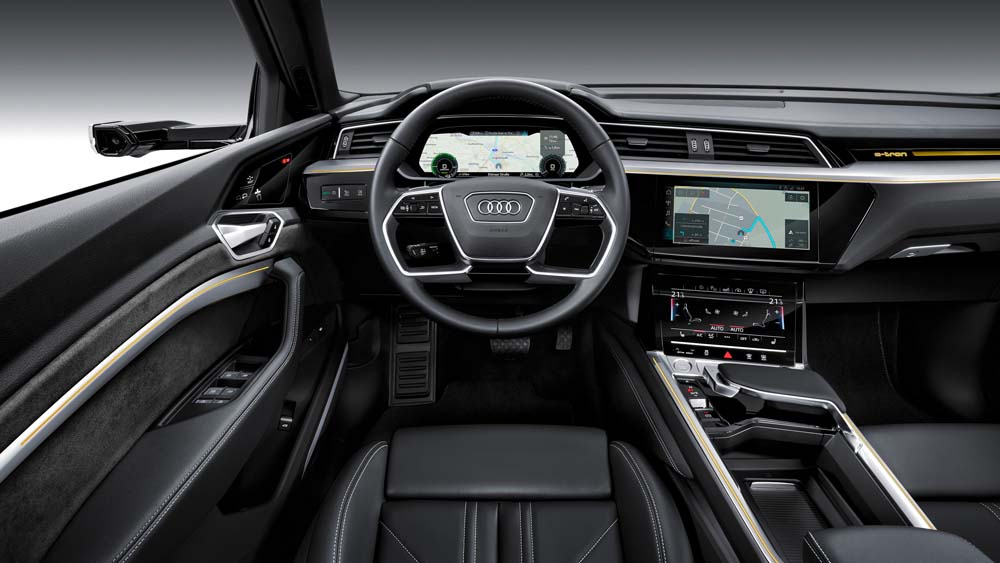 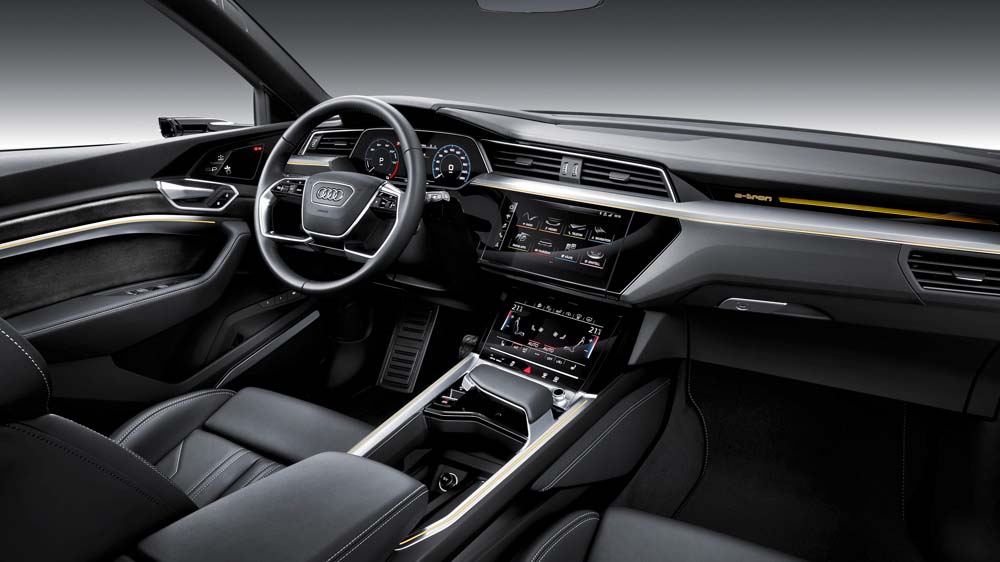 A vehicle of the future needs to be well connected. And the e-tron truly is. From navigation with the e-tron route planner, which displays the appropriate route with the required charging points, automated billing at the charging station, and all the way to remote control via smartphone, there’s never a need to worry about power. 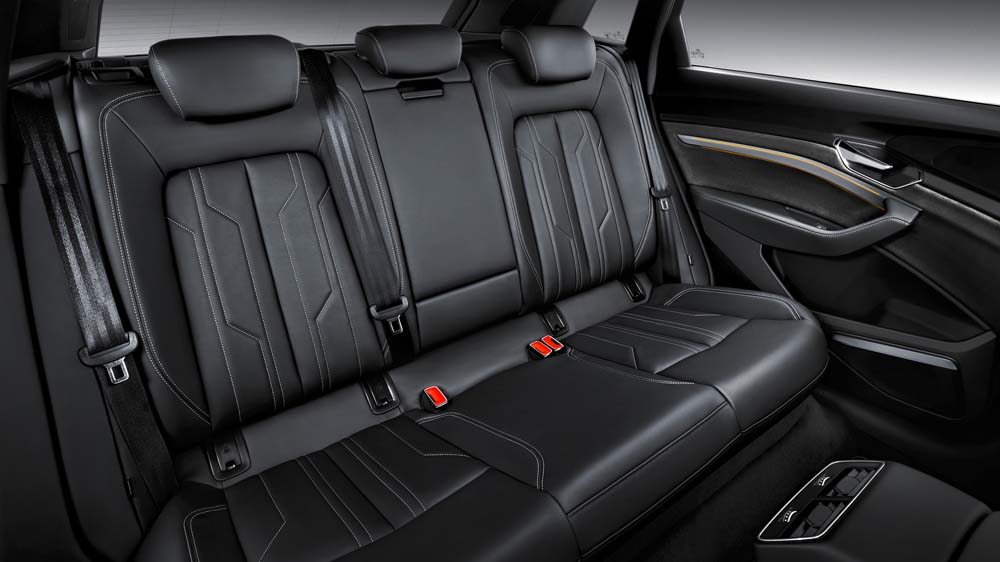 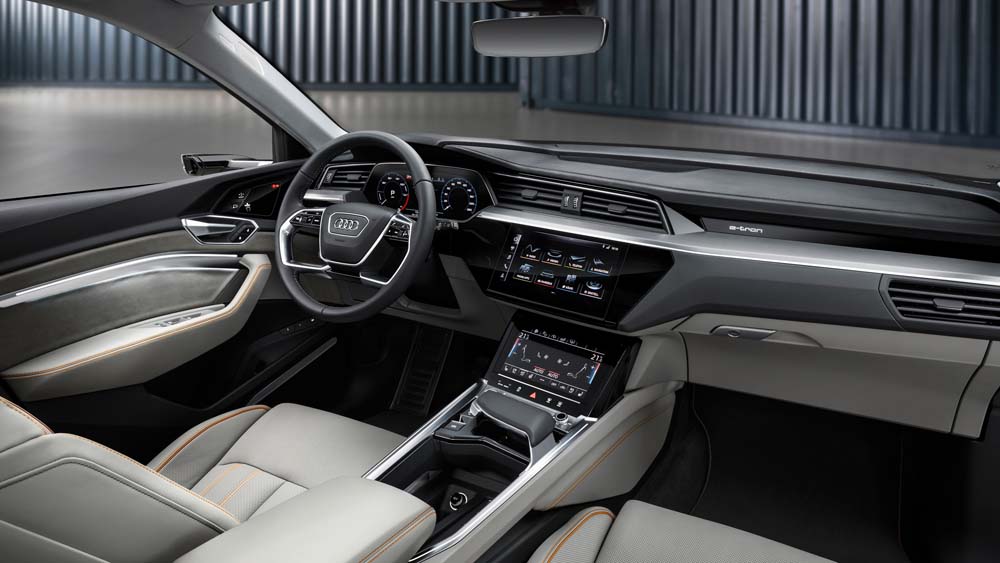 Further equipped with the high-end media centre MMI navigation plus including LTE Advanced and a Wi-Fi hotspot as standard, the car has standard efficiency assist that promotes an economic driving style by displaying predictive information and performing automatic recuperation.

Sell your car through Carsome and sit back and relax to fast, fair and free car selling the 21st century way!