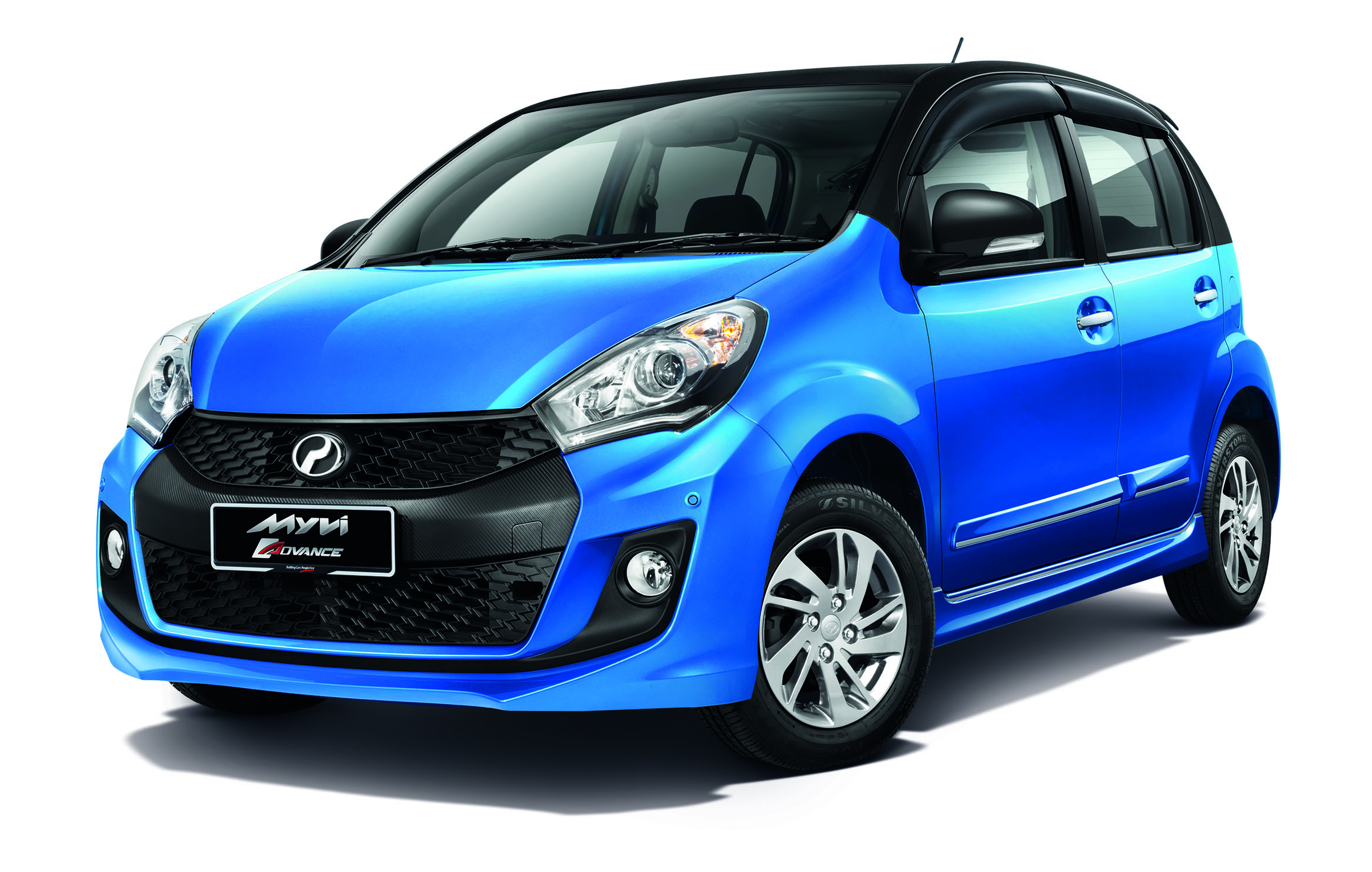 Over the last 10 years or so, much has changed in the Malaysian automotive and transportation landscape. Roads have been renamed, highways and MRT tracks have been erected, even the scenery of cars have changed.

But one name persists; a model name so widely known and commonly found today that it represents a large part of the Malaysian automotive culture, the Perodua Myvi. Introduced in 2005, Perodua recently announced that the nation’s undisputed best-selling model was nearing its 1,000,000th production unit.

A staggering figure indeed; even more mind boggling when you consider that this automotive standard of “platinum record sales” was achieved in the span of just 12 years, making it the most produced Malaysian vehicle in history. 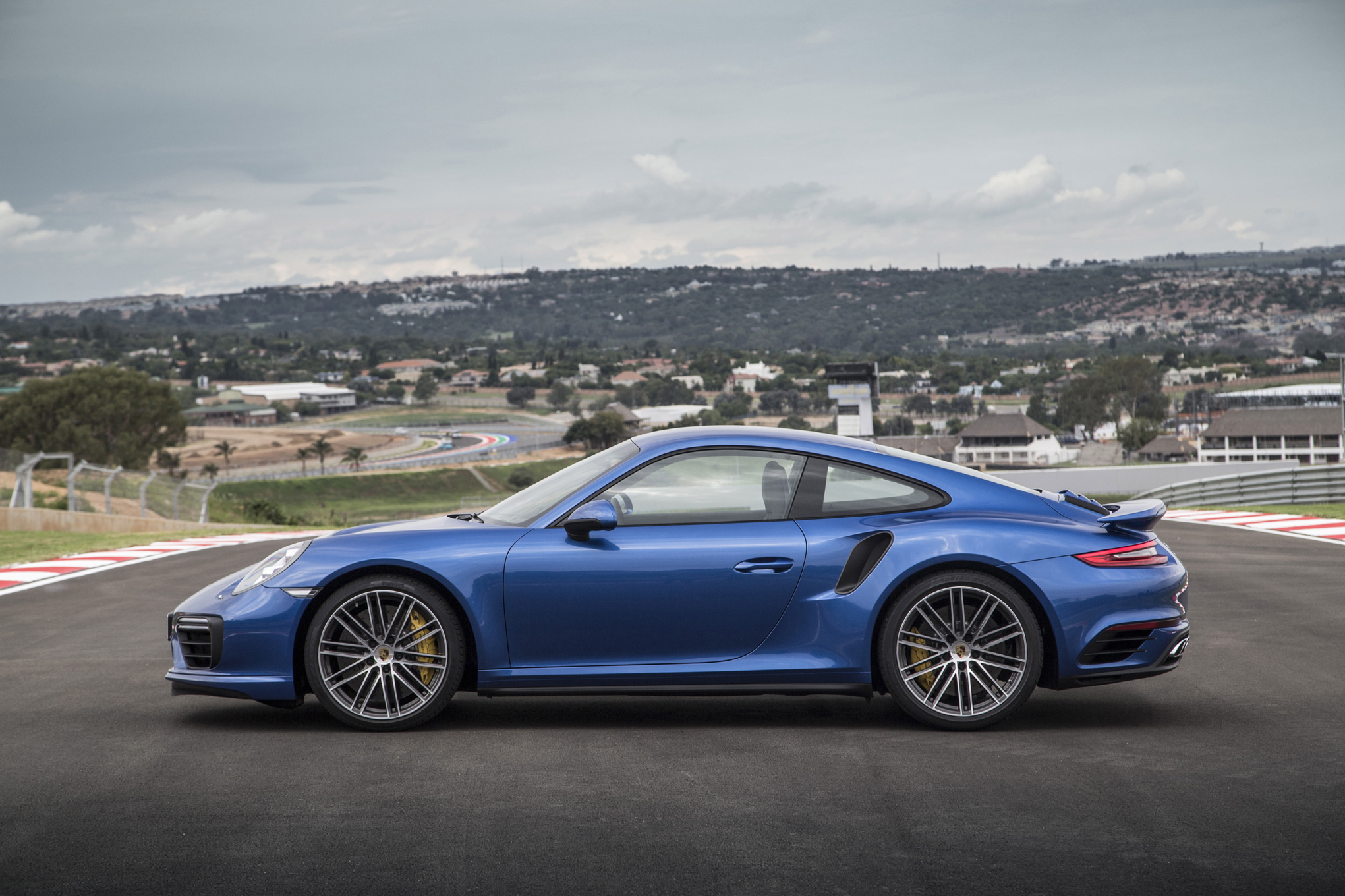 As pompous as it sounds, this milestone places the Perodua Myvi in the production numbers of the Porsche 911 and the Mazda MX-5 with both models rolling out their 1,000,000th unit just recently, albeit taking just 12 years instead of the 911’s 54 years and the MX-5’s 27 years.

This goes without saying that their differences are night and day when it comes to vehicle categorisation, price and functionality, but even though statistics are all they have in common, the possibility to have achieved that just over a decade does speak volumes of the near-symbolic vehicle.

And it isn’t only because it is affordable, with sales spanning across 7 countries since 2006 including Sri Lanka, Mauritius, Indonesia, Brunei, Singapore, Fiji, Nepal and even as far as the United Kingdom, we think there’s more than one reason beyond an affordable price tag that made the Myvi such a huge hit. Here’s 3 other reasons we’ve gathered, quite effortlessly, on what made the Myvi such a success to us savvy Malaysians. 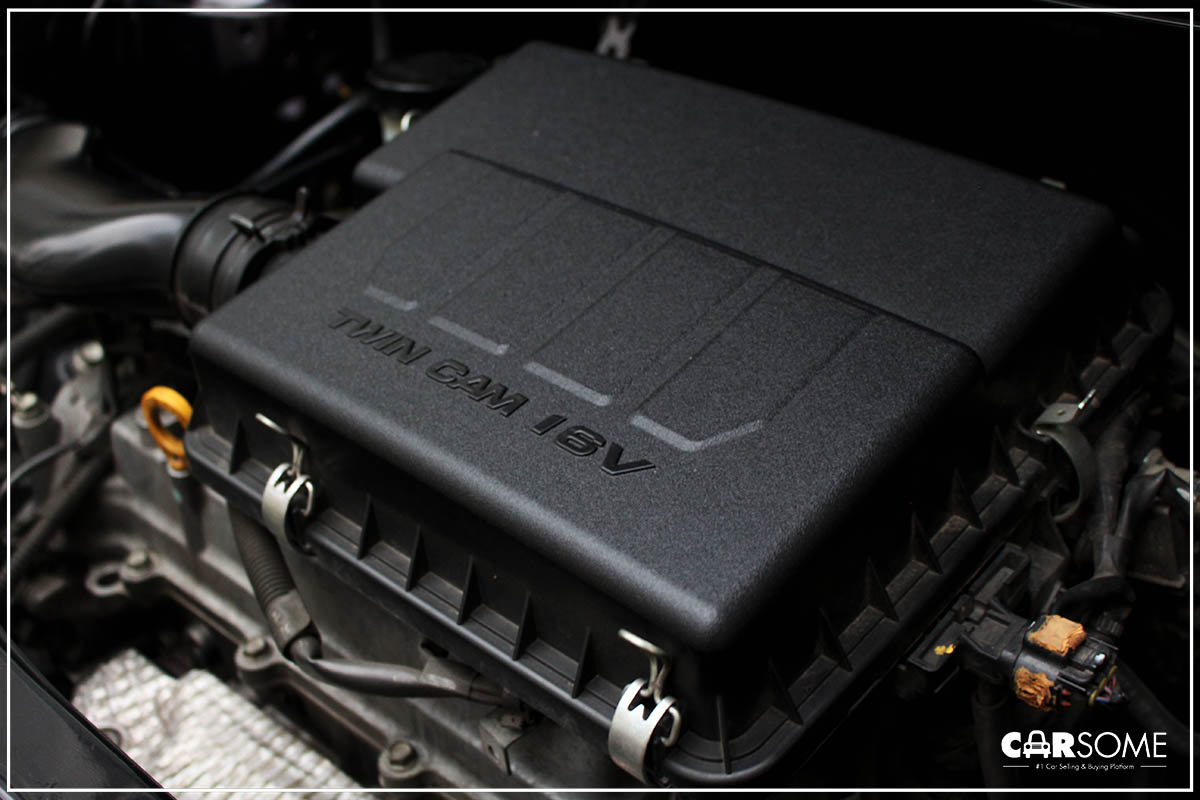 Fitted with a 1.3-litre K3-VE DOHC EFI engine, the earlier Myvi’s produced a meagre output of 86 horsepower with 116Nm. While they may not be mind-bending figures by a long shot, it was sufficient for a get-around-town vehicle that weighed just under a tonne at 980kg.

Together with the DVVT system which controls the opening and closing of the exhaust and intake valves; the improved and optimum engine efficiency is still widely praised. According to a quarter of the office, owners of a various range of Myvi’s, some being over 10 years old, a full tank of fuel (usually of around 30 litres) can fetch between 350km – 400km at least depending on transmission type and driving conditions. 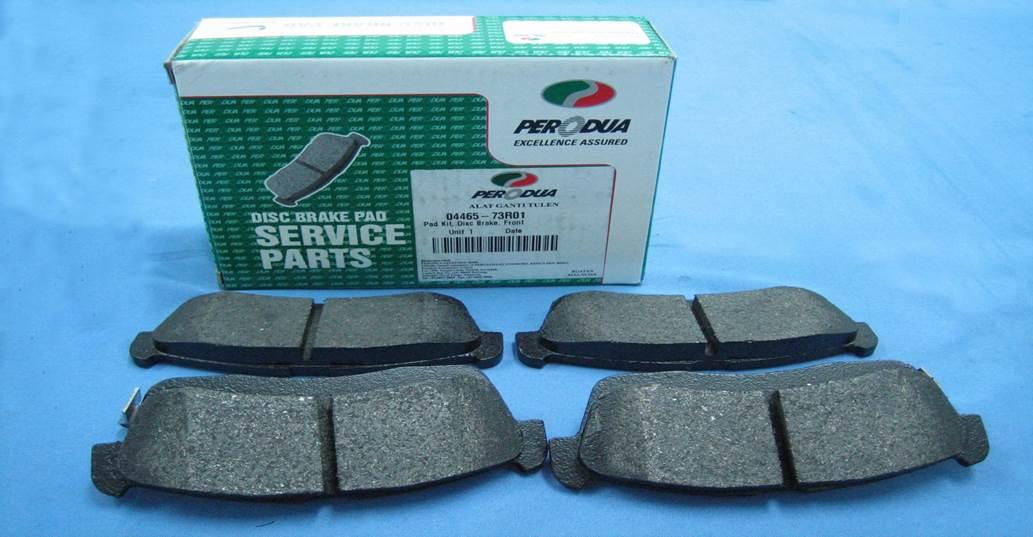 And that isn’t the only low-cost factor the Myvi can brag about. The usual wear and tear parts do not cost an arm and a leg either. Take the brake pads for example –  a pair of them as you’d only need for the front two wheels can set you back as little as RM 40 up to RM 200 depending on the make and quality. Tyres are one such other example; if you’ve retained the standard 14-inch wheels, it costs somewhere between RM 130 to RM 180 per piece to replace, again depending on brand and preferences.

Despite the hundreds of vehicles we transact a month, the least of these are, Perodua Myvi’s; be it from any generation. This, to us, suggest that despite the inevitable drop in value as a car ages, owners seem to be more inclined to retain their Myvi’s based on its reliability and as a worry-free means of getting around town without hiccups. 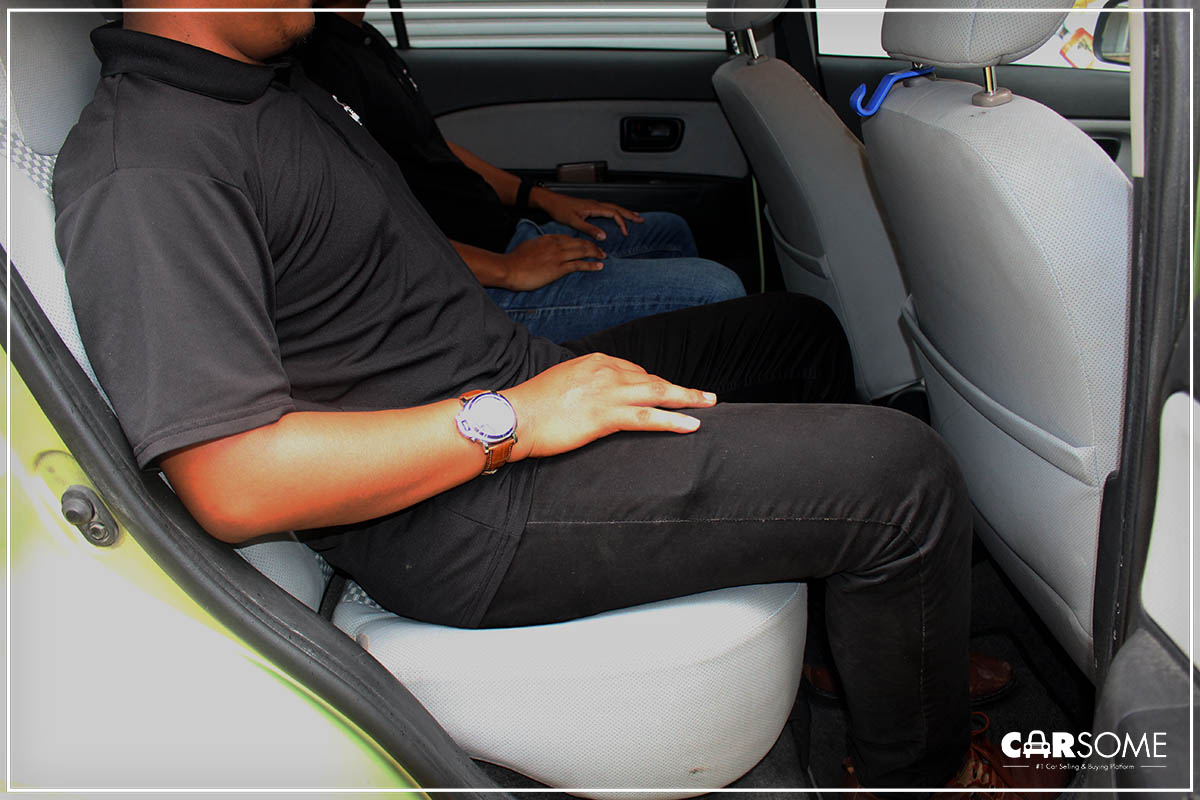 The Myvi leaves no room for complaints on the lack of cabin space.

When it comes to the two adjectives above, we’d know that not many would argue that against the Myvi. It is relatively compact on the outside – making it a breeze to maneuvre through narrow and often congested city roads and commercial centres. And when you do get into tight spots at these famously congested areas, the Myvi’s hatchback construction allows for an effortless squeeze. 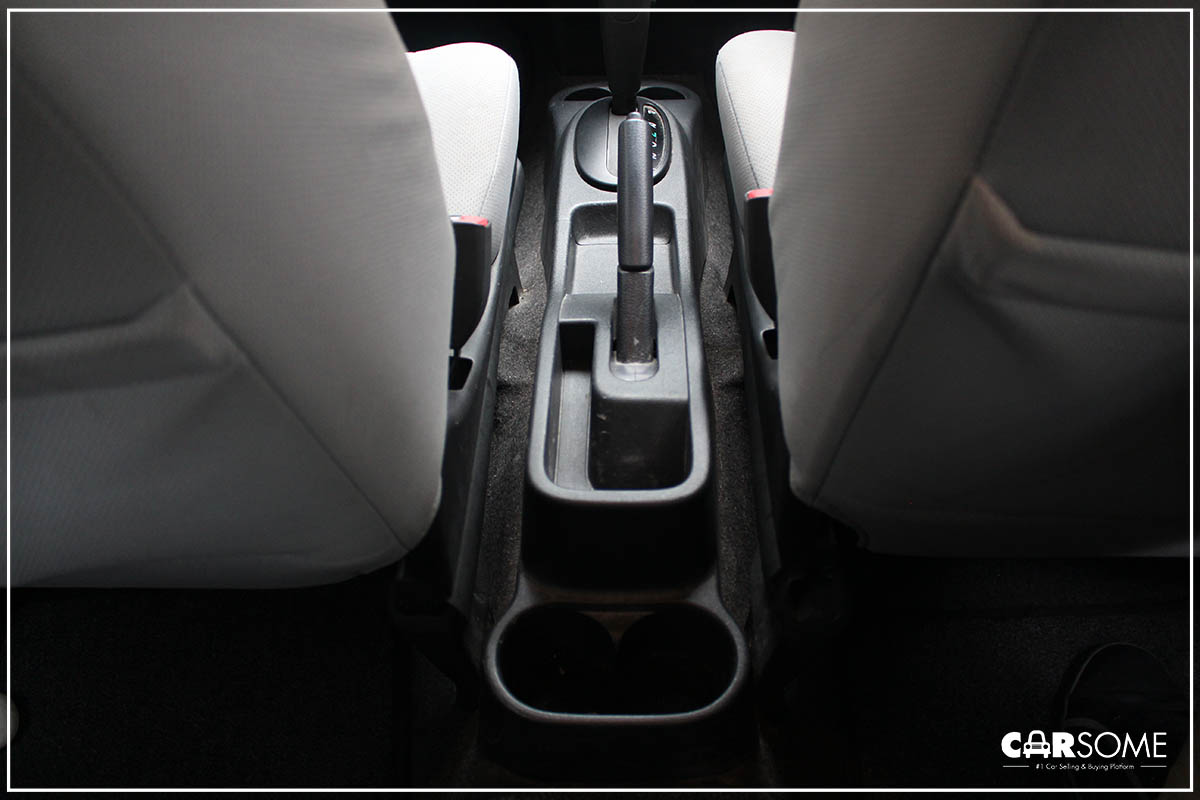 On the inside, you get height adjustable steering, a decent stereo, and a total of four cup holders – before cup holders became what is now a social norm in the automotive society. At the same time, there was still an abundance of space on the inside. Practicality also extends to the doors where they were designed to open to a nearly 90-degree angle; to ensure the ease of loading and unloading cargo. 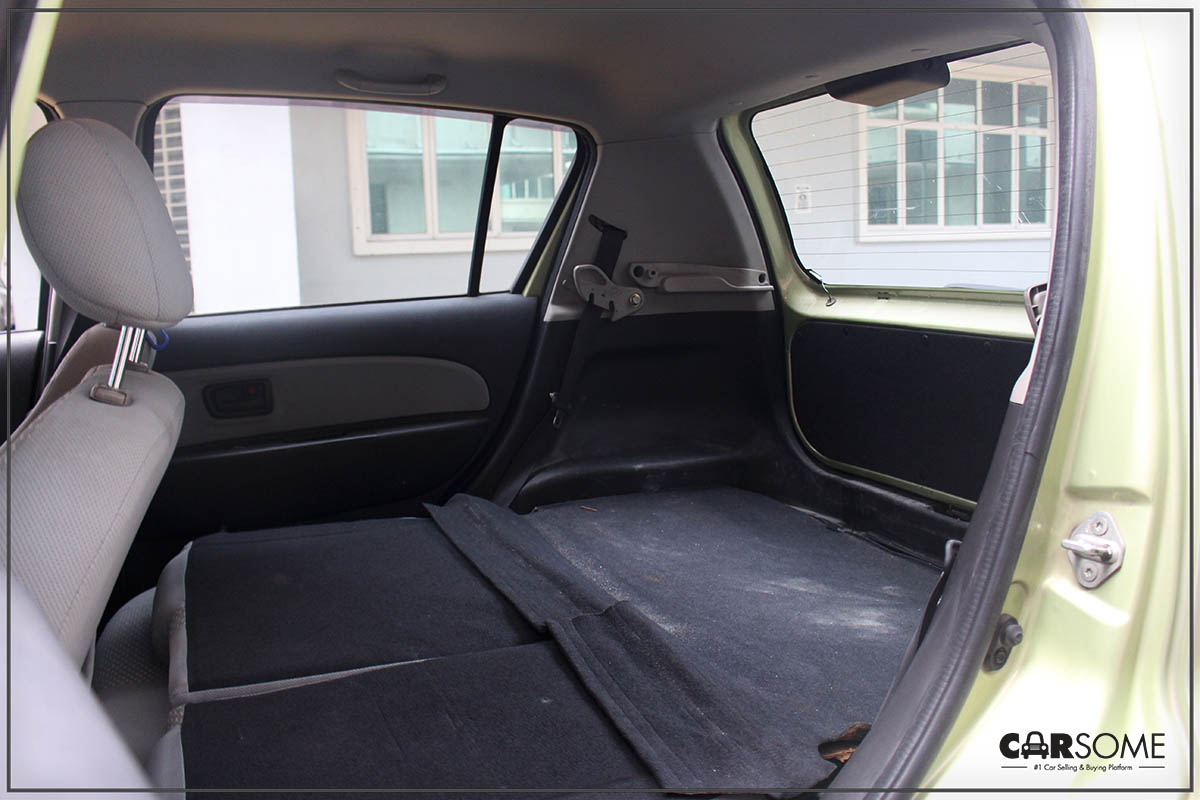 It would happily accommodate a family of five in moderate comfort whether to the local neighbourhood restaurant or a 450km drive up to Kuala Kedah. With the rear seats folded either 60:40 or completely flat, the cargo space available could even be comparable to a minivan. Even if you don’t, there’s still more than enough room in the boot to fit at least 3 mid-sized duffle bags. 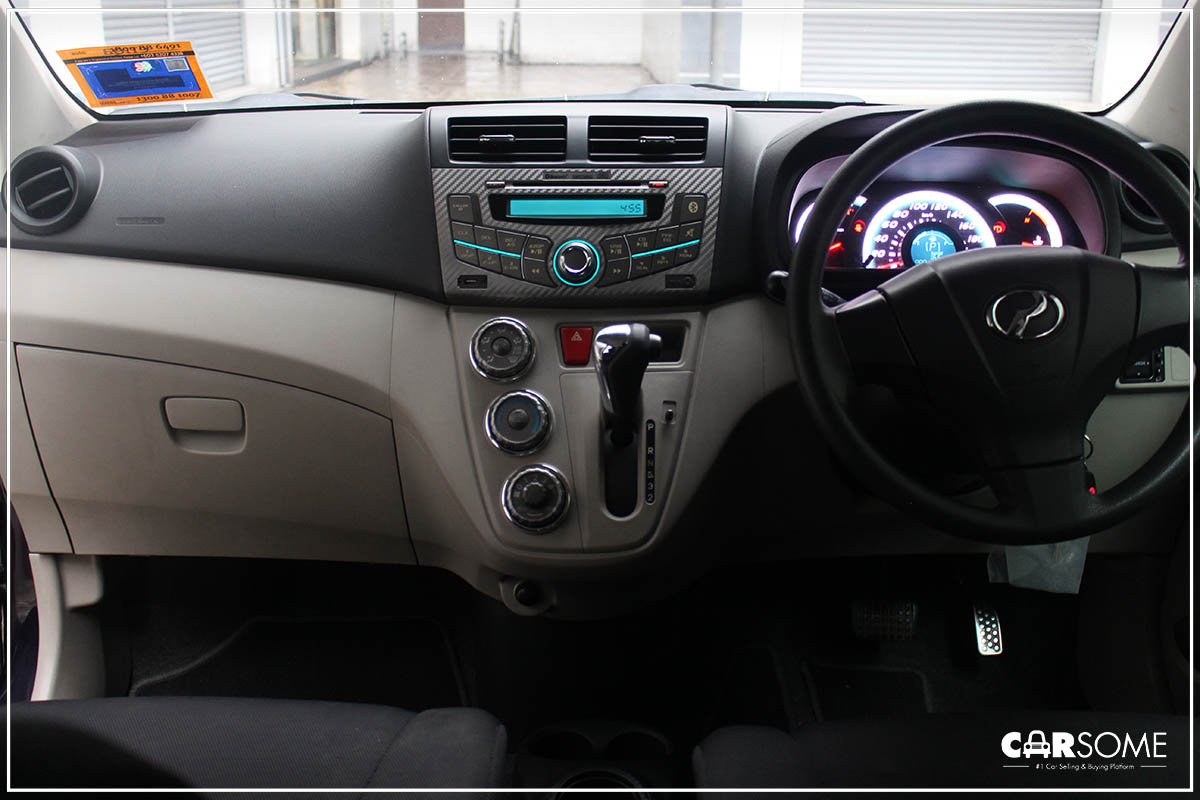 Over the years, the Myvi’s interior have undergone significant changes, as with the relocated gear lever for easier reach.

When it was first launched back in 2006, the Premium Automatic EZi model was priced at RM 51,000 and with that you have two airbags, ABS, heaps of space, and the bare necessities that make up a simplistic mode of transportation. Fast forward 12 years on, even with increased engine capacity (from 1.3 then to 1.5 currently) together with additional features, the Myvi ADVANCE Automatic still only sets you back RM 56,578.

Due to the sheer number of used cars we transact every day at Carsome, we’d even submit that part of the appeal of the Myvi is in its unquestionable RESALE VALUE. Invariably there would be Myvi’s coming through our ranks and it’s blatant how well the Myvi is when it comes to retaining its value. Take for example, a 2006 Myvi EZi still manages to retain 24 per cent of its original value and despite being 10 years old, its resale value has only been decreasing marginally as the years have progressed.

Unsurprisingly, 1 out of 10 of you reading this would be an owner of the Perodua Myvi. And if the thought of selling has ever occurred to you, do be sure to find out your car valuation and if the value offered tickles your fancy, experience the 21st century’s car selling services in typical Fast, Fair and Free fashion!