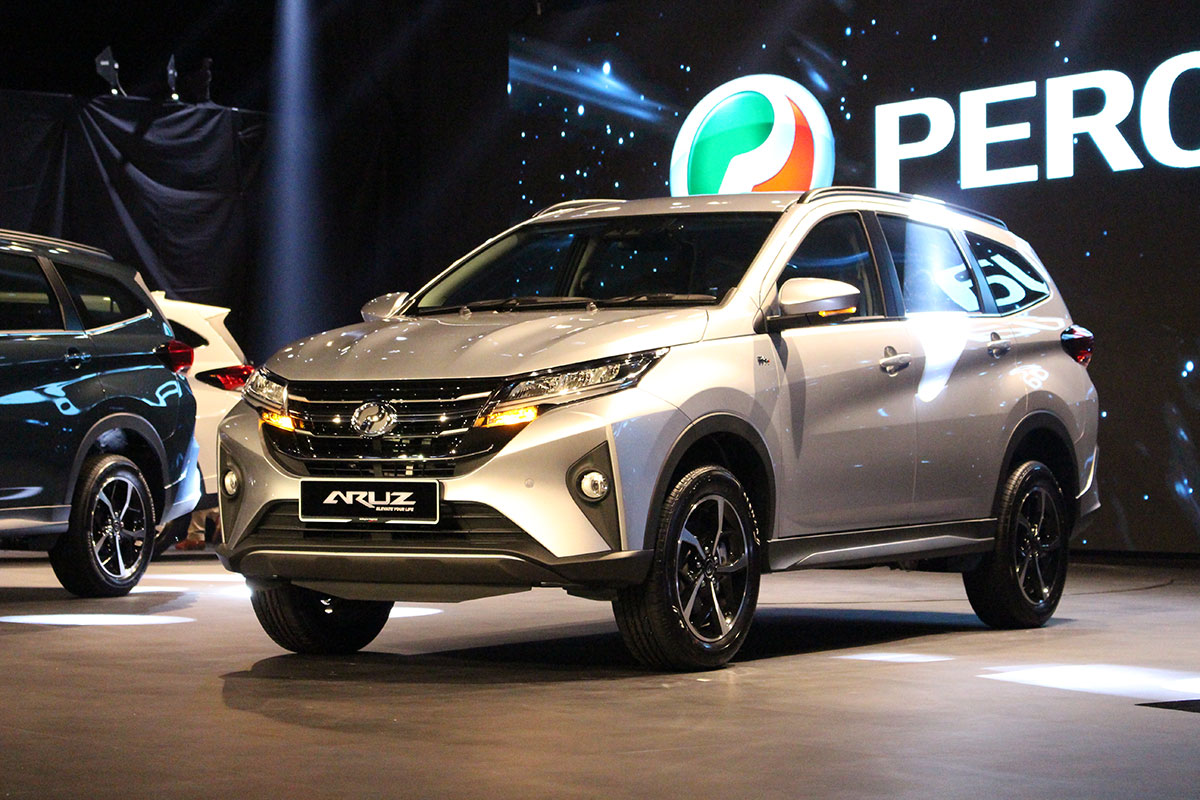 Perodua has launched the Aruz, a 7-seater SUV which brings the brand back to the vehicle segment after a decade of absence. Based on the Toyota Rush/ Daihatsu Terios, the Aruz will be available in two variants (X and AV) which presents great value for anyone looking to get a seven-seater for a sub-RM 80,000 price.

Differences in exterior looks between the Toyota Rush and Perodua Aruz is rather prominent in the lower bumper areas. The latter here is clearly less aggressive compared to the Rush’s aerokit which follows the brand’s R-Blade design and exudes a bolder and more rugged style.

Inside, the dashboard of the Rush and Aruz has slight differences between the trim that finishes the dashboard. On the Aruz, the silver trim highlights the centre sides and moves across the centre dash and continues on to the door trims. On the Rush however, the white panel treatment on the lower dash and door rests provide enough contrast to separate the two vehicles’ interiors. 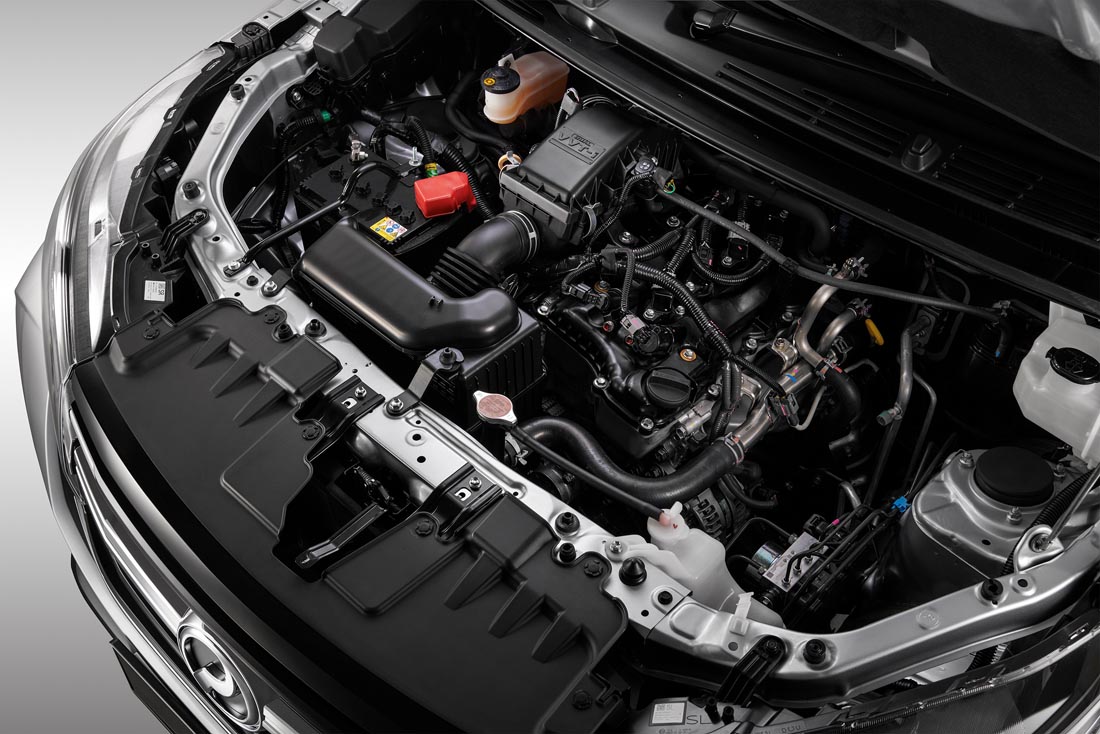 In terms of specifications, the Aruz and Rush are identical in measurements and powertrain, with both powered by the same 1.5-litre four-cylinder Dual VVT-i engine outputting 104 hp and 133 Nm of torque at 4,200 rpm mated to a four-speed automatic that drive power to the rear wheels. Perodua also has their Eco Idle stop-start system equipped and rates the fuel consumption for the Aruz at 15.6 km per litre. The engine is the same from the brand’s latest Myvi. 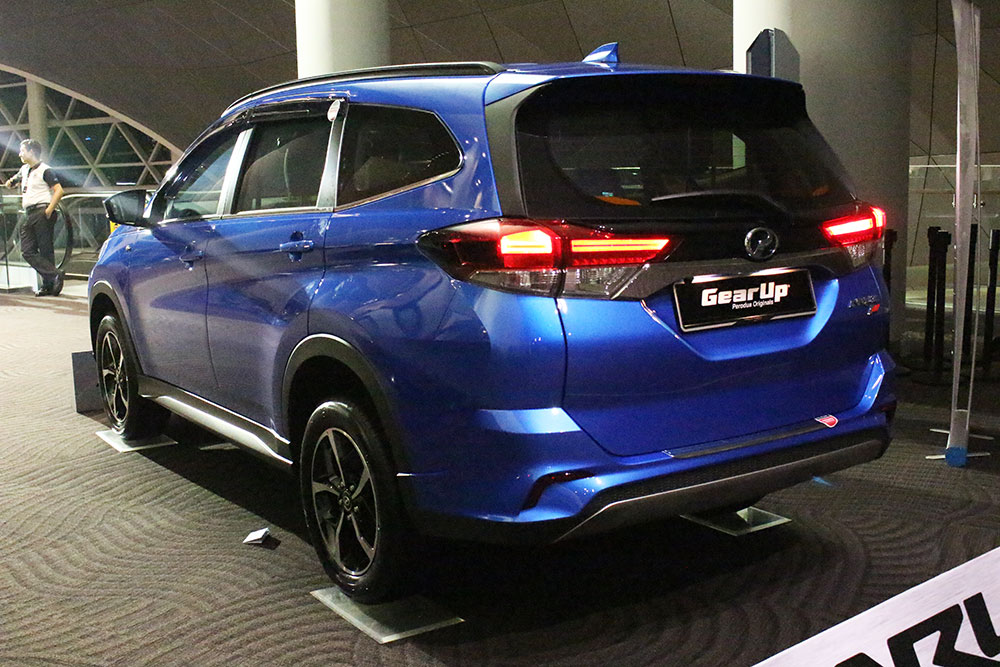 While not highlighted, the Aruz should be able to handle a submersion depth of up to 600 mm as it features the same 220 mm ground clearance. The clearance is also useful for going over rough terrain as damage to the vehicle’s underside can be reduced. 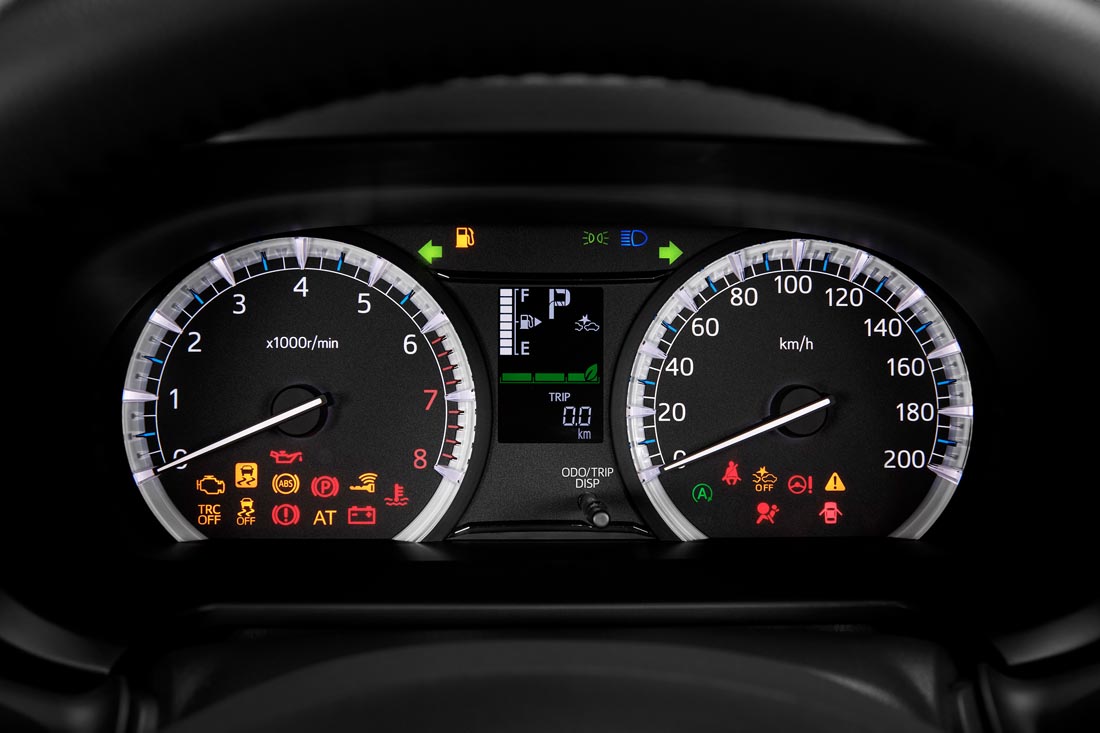 Differences between the 1.5X and 1.5AV variants. 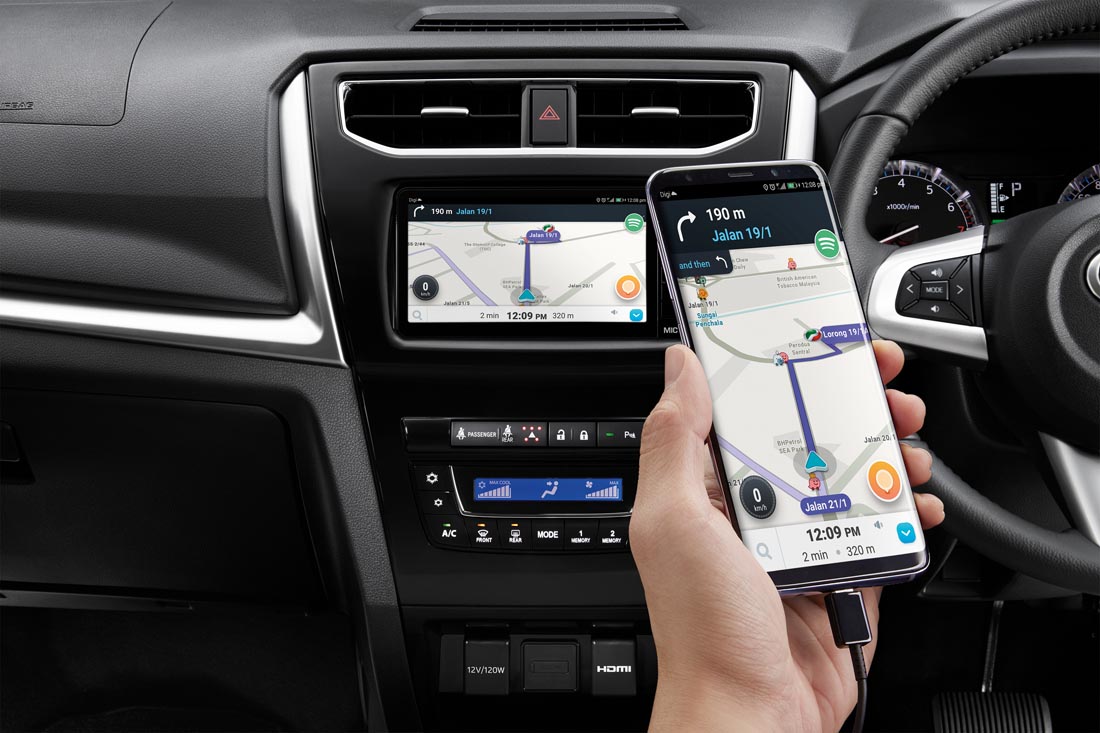 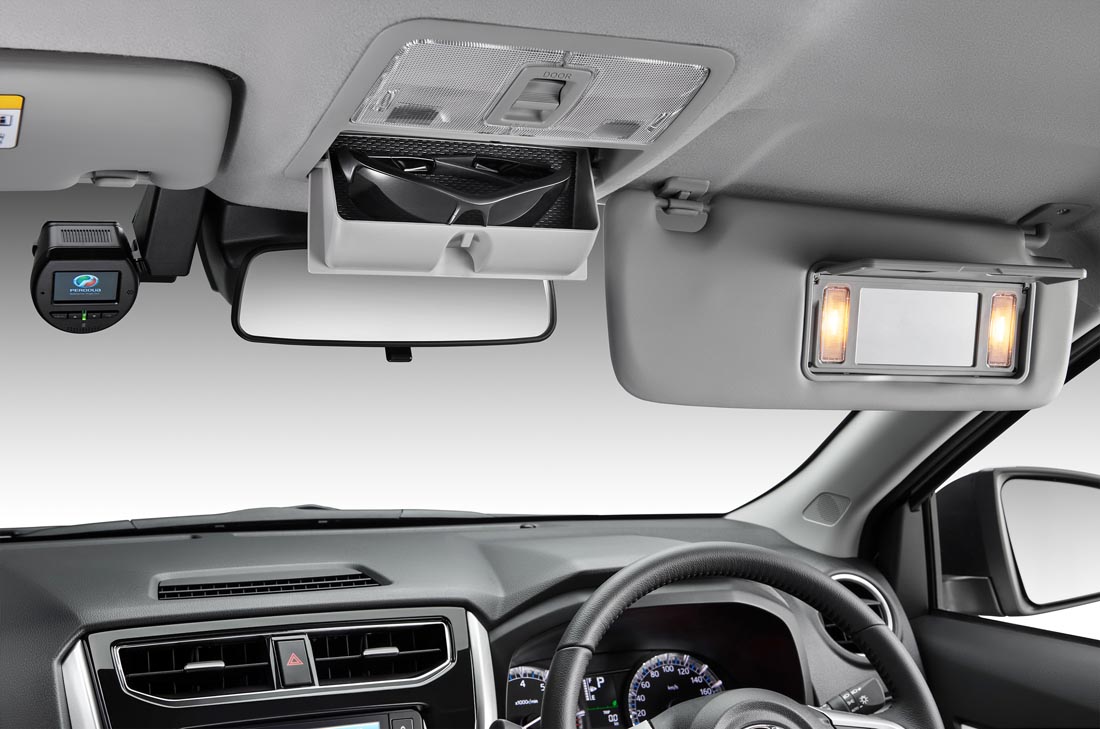 The Aruz AV however, adds on automatic headlights with front fog lamps, Roof Rails, Leather upholstery including steering wheel and gear knob, Chrome trim on the dashboard and doors, Multimedia system with Navigation and Smart Link for Android with HDMI and Integrated Driving Video Recorder. 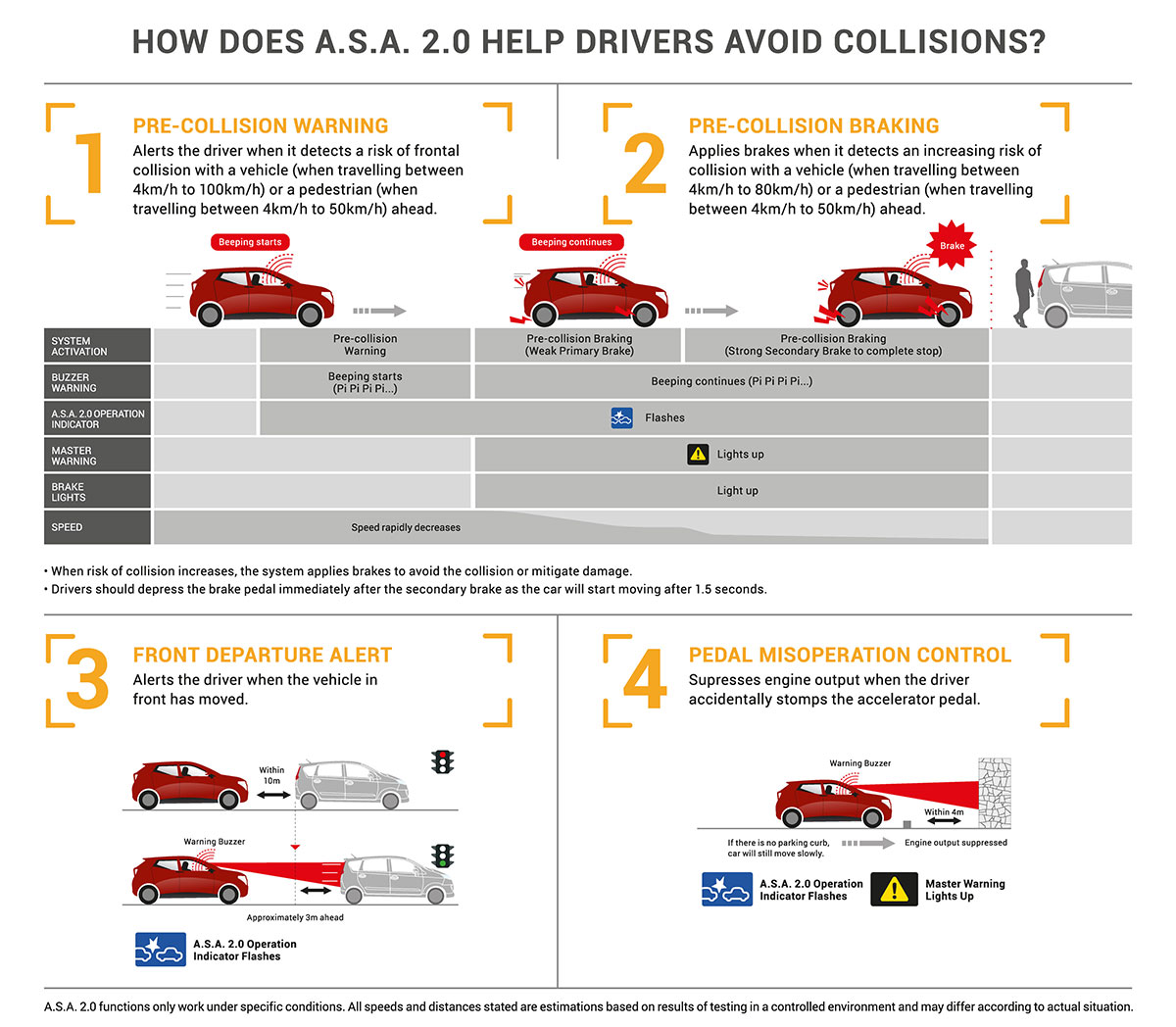 To top it off, the highlight for the AV includes the Advanced Safety Assist (ASA) 2.0. Just like the Myvi, ASA includes Front Departure Alert, Pedal Misoperation Control and improves on the Pre-Collision Warning and Pre-Collision Braking which now adds on pedestrian detection up to 50 km/h and has a higher operational speed of 100 km/h for warning and 80 km/h for braking.

The Aruz 1.5X is priced at RM 72,900 while the 1.5AV is at RM 77,900 (on-the-road without insurance for Peninsular Malaysia) and will be available in colours of Ivory White, Granite Grey, Glittering Silver, Electric Blue and Amazon Green.

Should you choose the Perodua Aruz over the Toyota Rush? 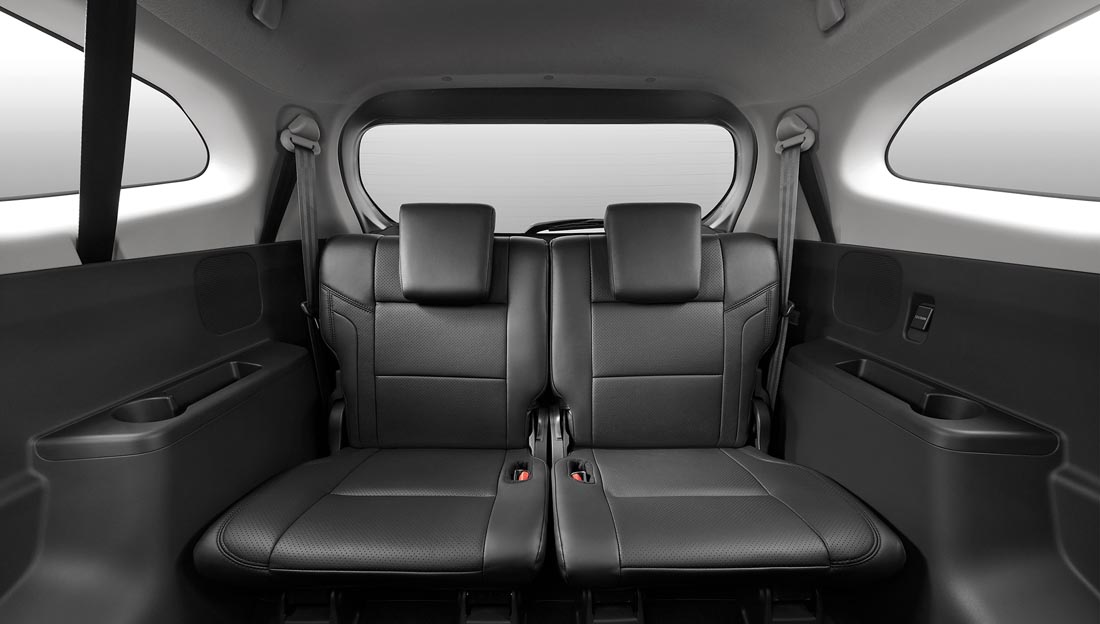 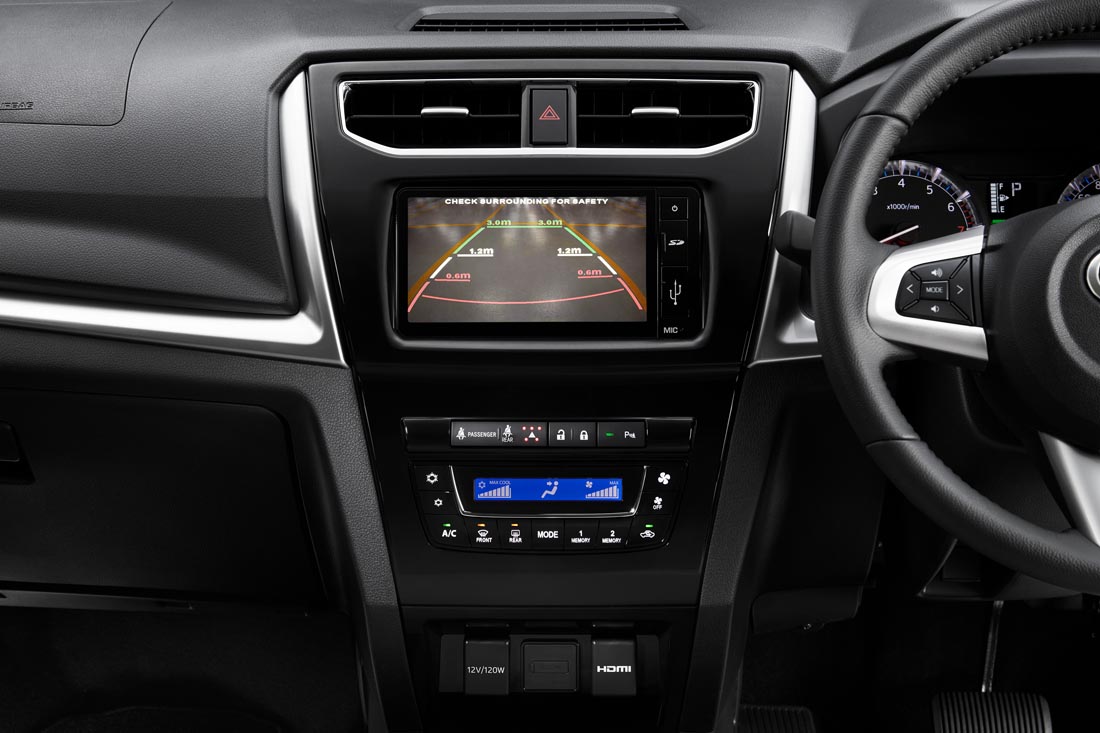 The main key differences between the top spec Toyota Rush 1.5S and Perodua Aruz 1.5AV in our list of importance is mainly on the Active Safety, where the Rush gains on the Blind Spot Monitor and Rear Cross Traffic Alert. Apart from that, the similarities get closer when the vehicles are compared side by side. Of course when it comes to price differences, the Aruz certainly has the more attractive figure here, which is RM 20,100 less compared to the Rush 1.5S.

Who will the Aruz appeal to? 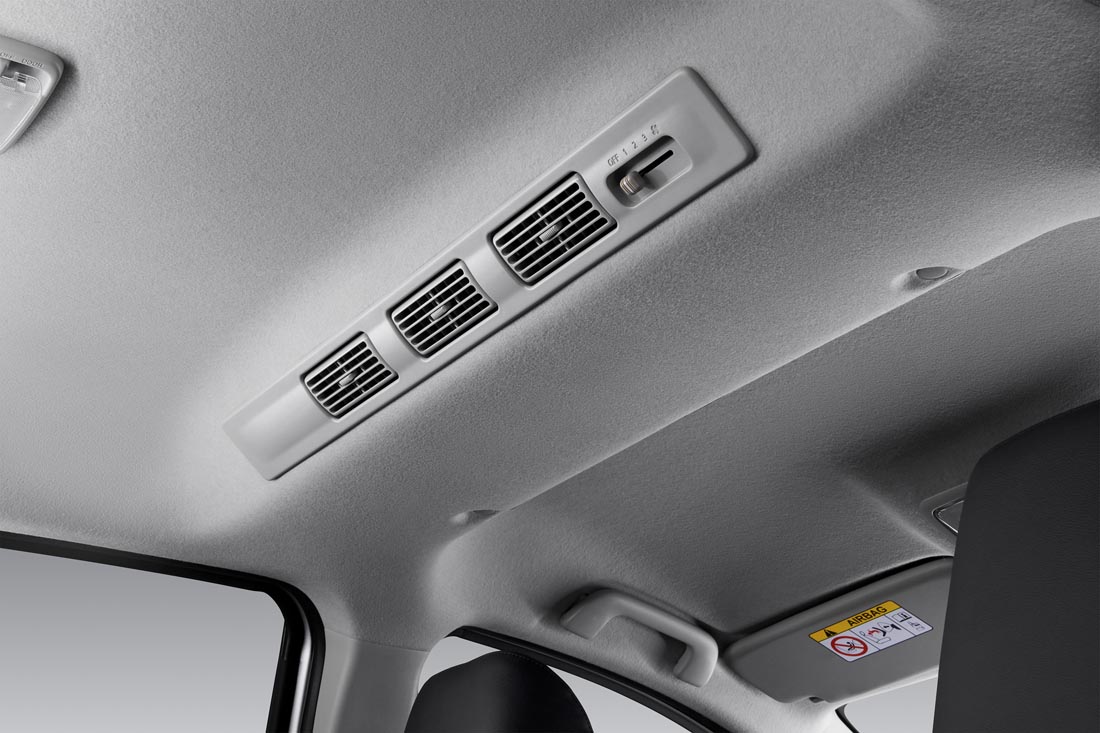 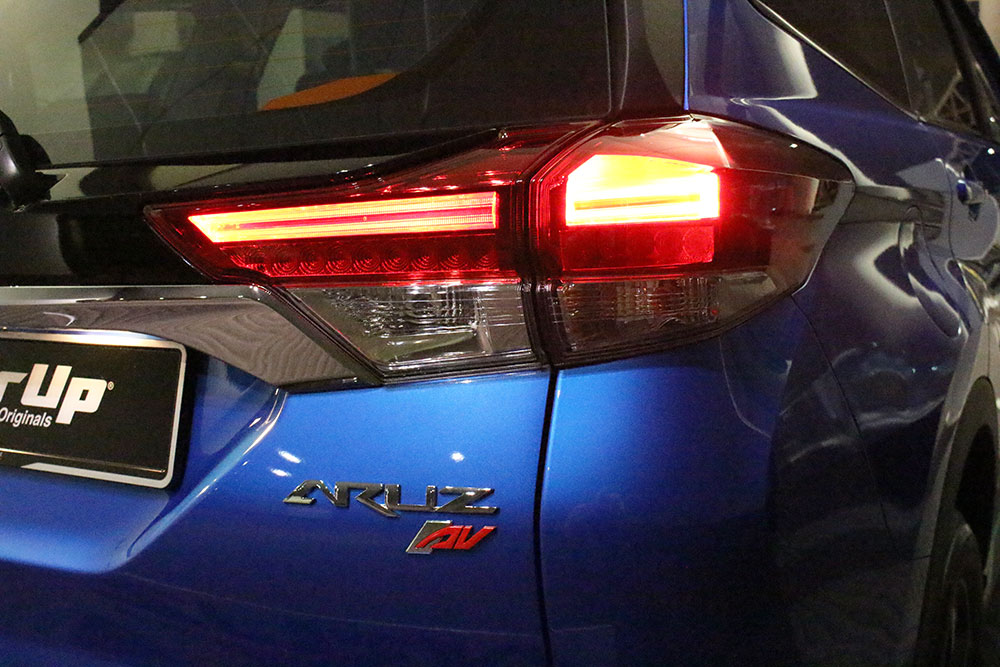 Those looking to get the Perodua Alza will certainly look towards the new SUV. While it might be a little more expensive, it trumps the Alza on almost all categories and includes active safety systems and the appeal of a newer, and better all rounded vehicle. Potential customers who are also looking for a larger vehicle within the price range could be swayed, these include those with eyes on the Honda BR-V and Toyota Rush.

Not sure which to choose? Click here for the rundown of the Toyota Rush!

Although on a different category, click here for a closer look at the Proton X70!

Time to trade up! Sell your car through Carsome when you’re ready to get that new car!