You can now drop the top with McLaren’s 720S Spider 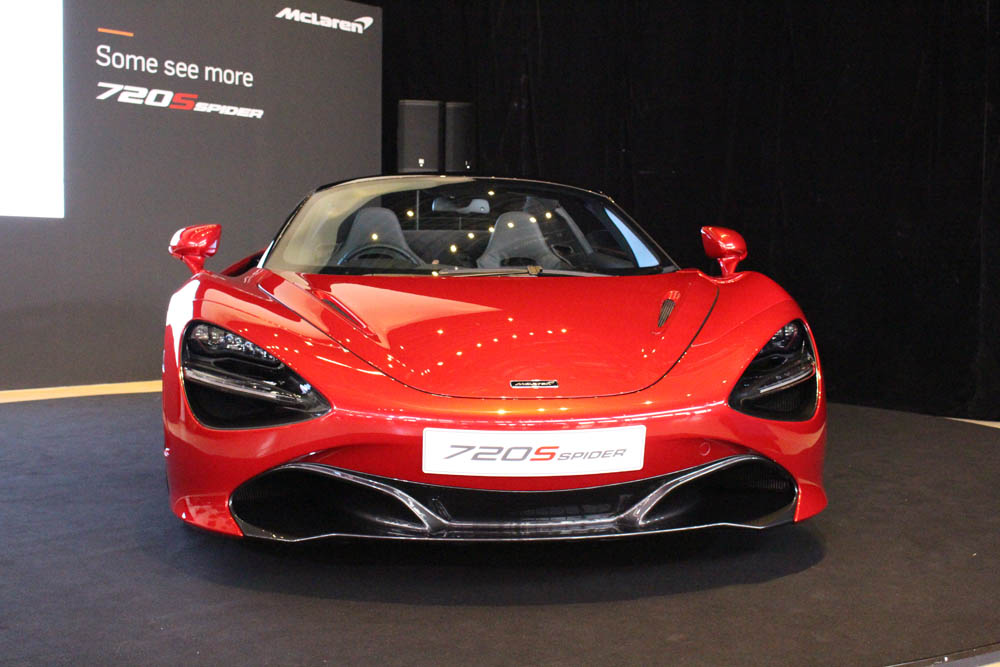 The McLaren 720S Spider joins the current range of McLaren sports and supercars available in Malaysia, 2 years after the introduction of the 720S Coupe. For those unfamiliar with the 720S Coupe, it is the brand’s second-generation Super Series and successor to the 650S Coupe. The 720S has doubled the aerodynamic efficiency of the 650S and comes with McLaren’s new generation active chassis system, Proactive Chassis Control II. 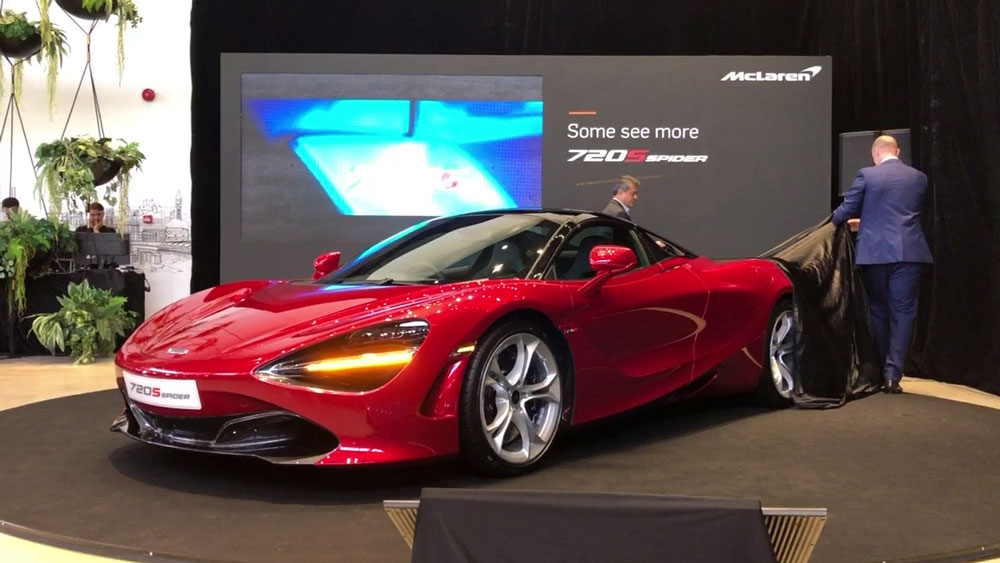 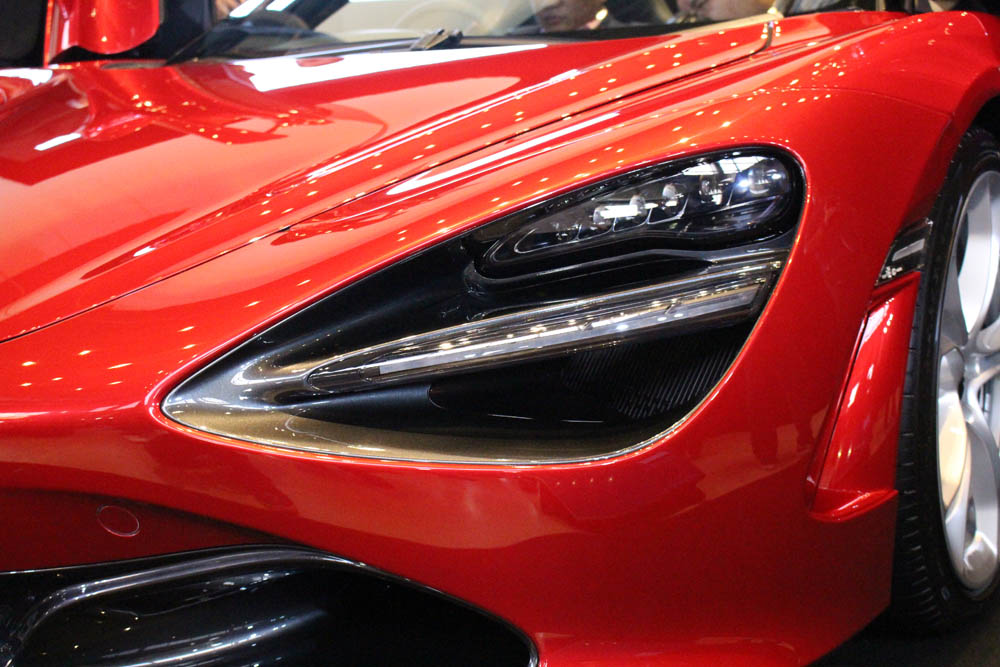 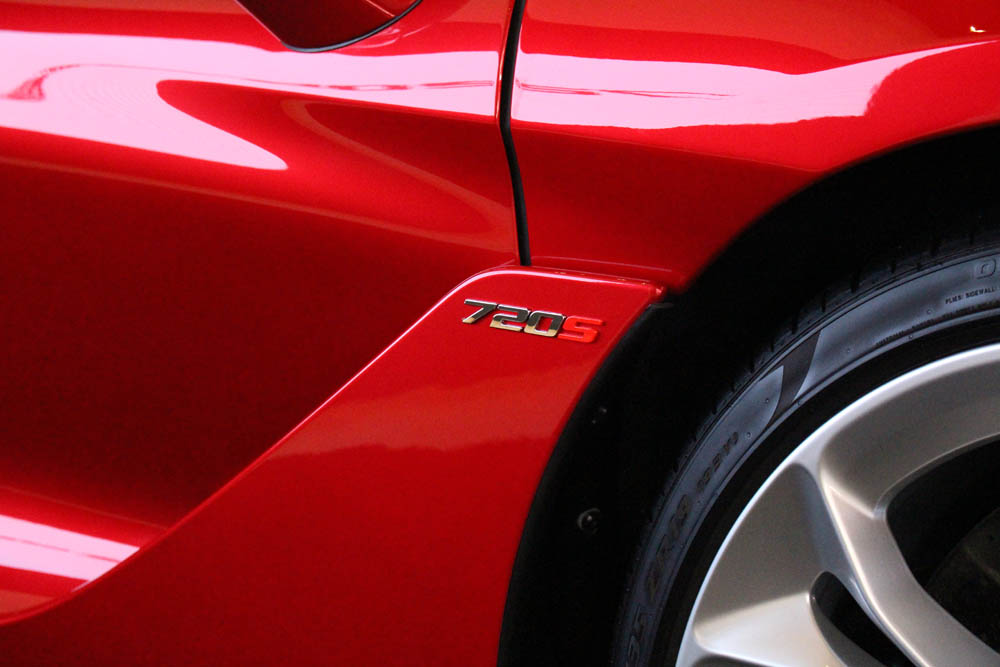 McLaren has always been technical on their vehicle designs, injecting form with function wherever possible. With the 720S, the application is most evident externally. Whether it’s the aero ducts within the headlamps or the cooling ducts within the doors that direct air efficiently into radiators, purposeful design ensures better performance on the road. 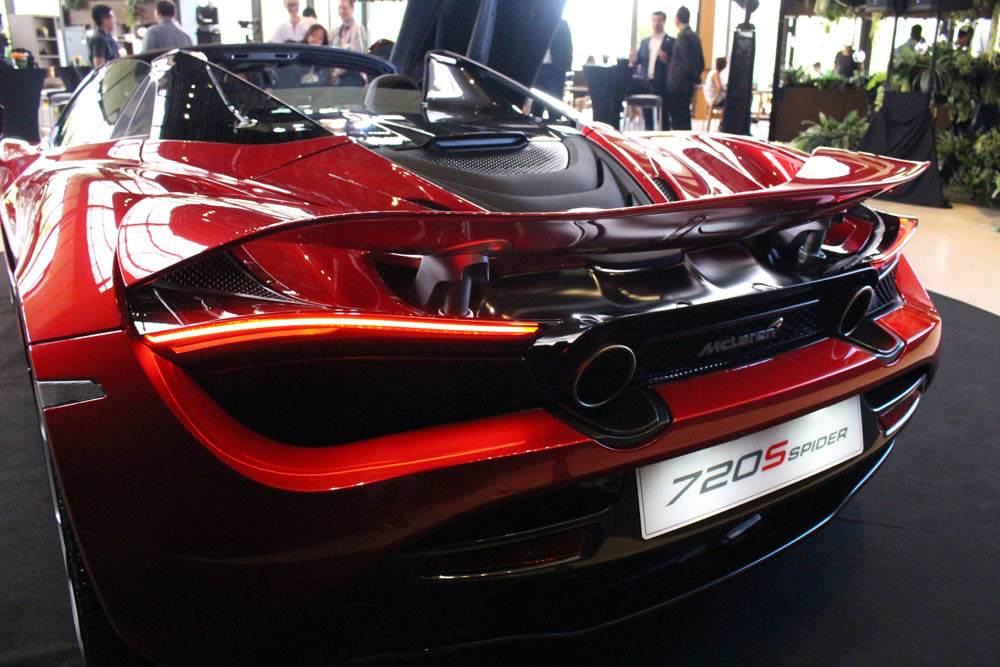 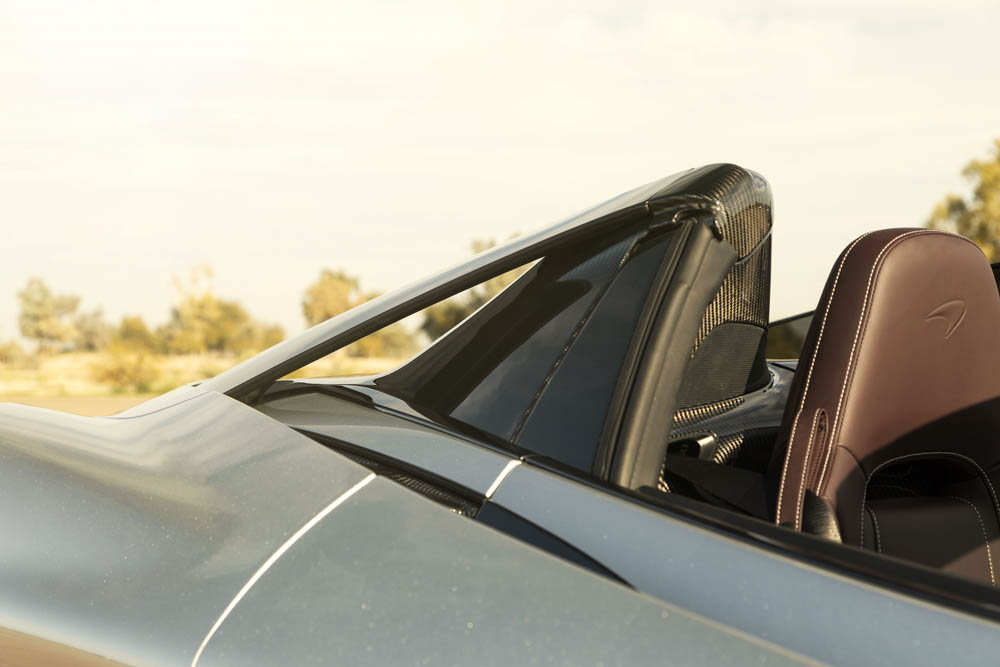 The 720S Spider inherits all the technicalities of the Coupe whilst improving various areas to suit the convertible nature. New buttresses have been integrated into the design of the retractable hardtop as is the carbon fibre core underneath. Designated Monocage II-S, the structure is a development of the Coupe’s Monocage II without the central ‘spine’ running front to rear above the cabin. 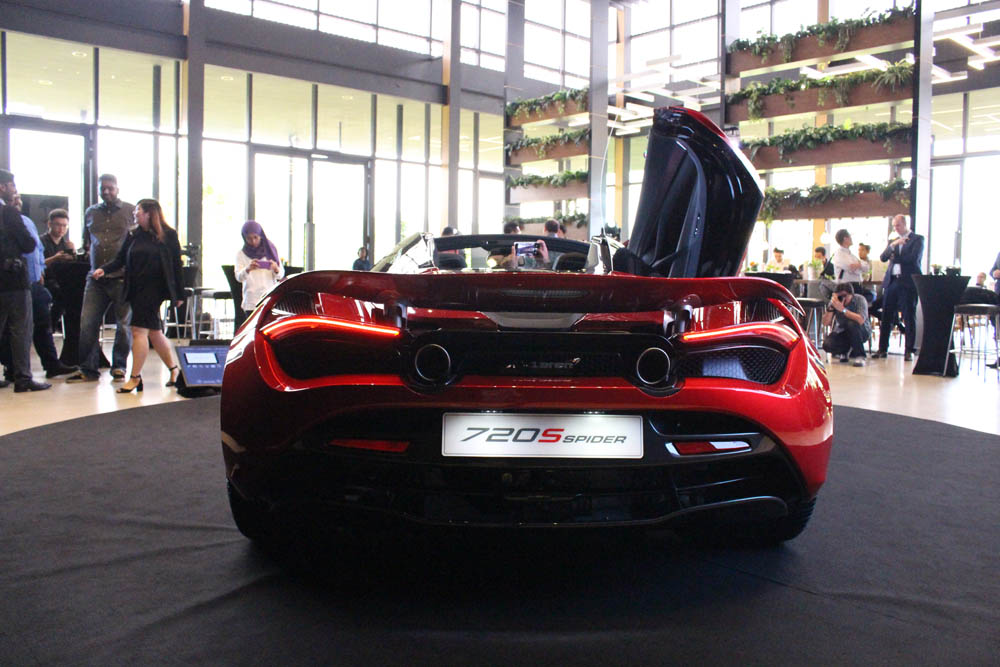 For example, despite the removal of the fixed roof, there was no need for additional reinforcement to maintain the structural strength and rigidity, only fixed carbon fibre supports that’s visible externally from the structure of the Monocage II-S. 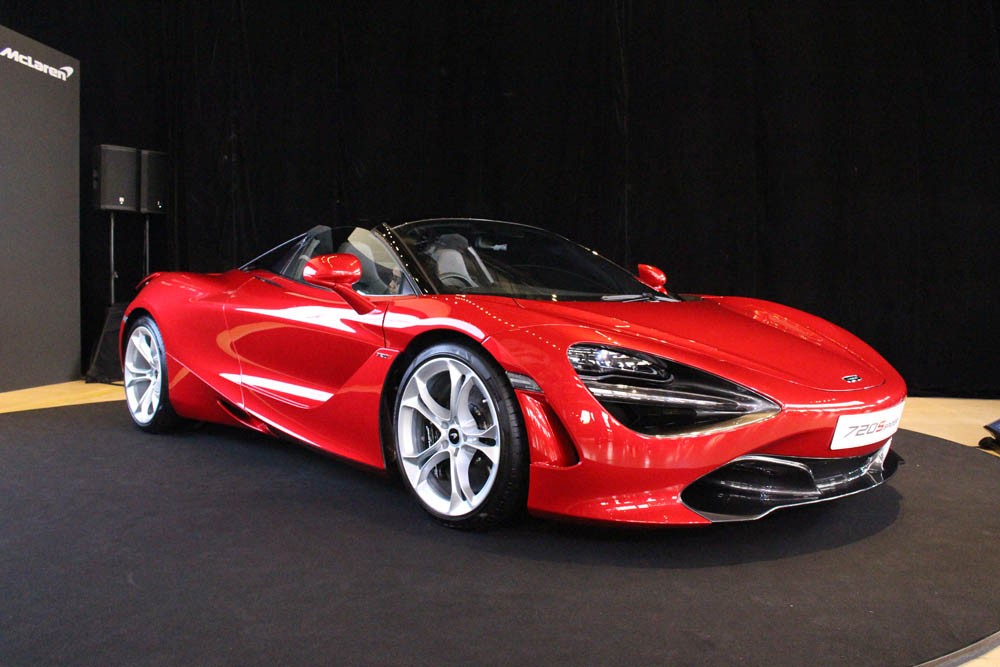 Performance comes from the same 4.0-litre twin-turbo V8 that outputs 710 hp and 770 Nm of torque. Mated to a 7-speed dual clutch Seamless Shift Gearbox, the 720S Spider is capable of a standing century sprint in 2.9-seconds onto a top speed of 341 km/h with the roof up. With the roof down, top speed is still an impressive 325 km/h. Even with the increase of 49 kg weight from the retractable roof, the Spider is only 0.1-seconds slower to 200 km/h and the same for a quarter mile sprint than the Coupe. 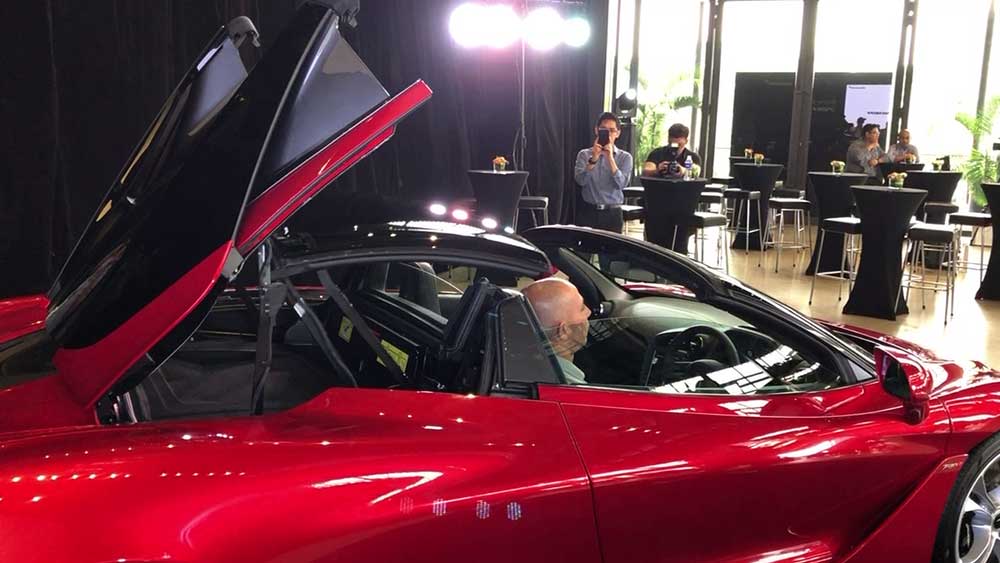 The carbon fibre retractable panel can be lowered and raised in just 11-seconds, six seconds quicker than on the 650S Spider and can be done with speed of up to 50 km/h up or down. This makes it the fastest-operating supercar convertible roof and McLaren has three patents on the system design. 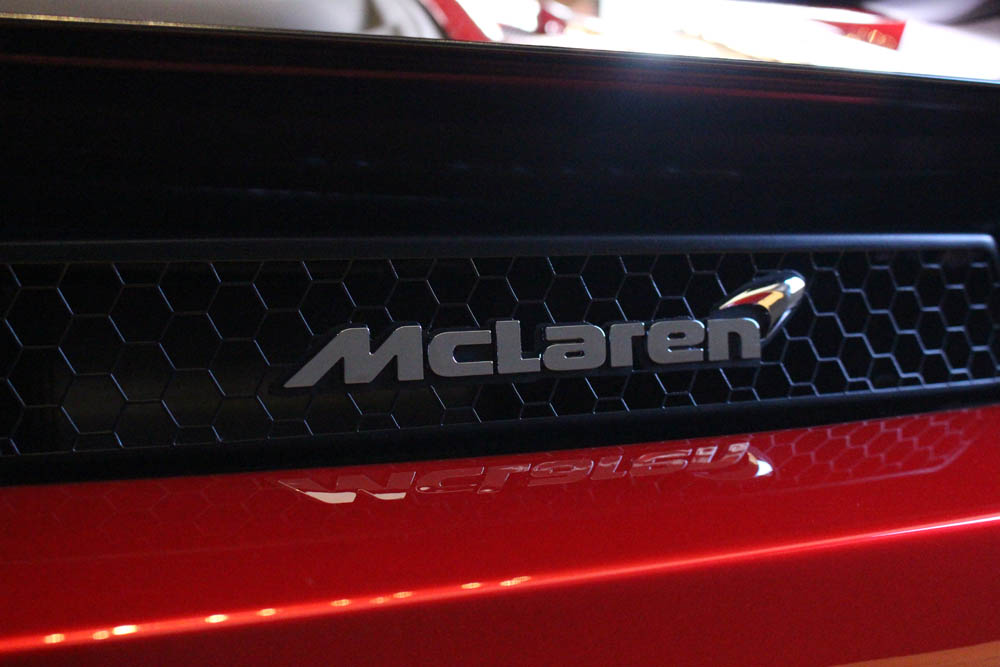 Despite the 49 kg weight increase, the 720S Spider is also 9 kg lighter than its predecessor and 88 kg less than its closest rival. 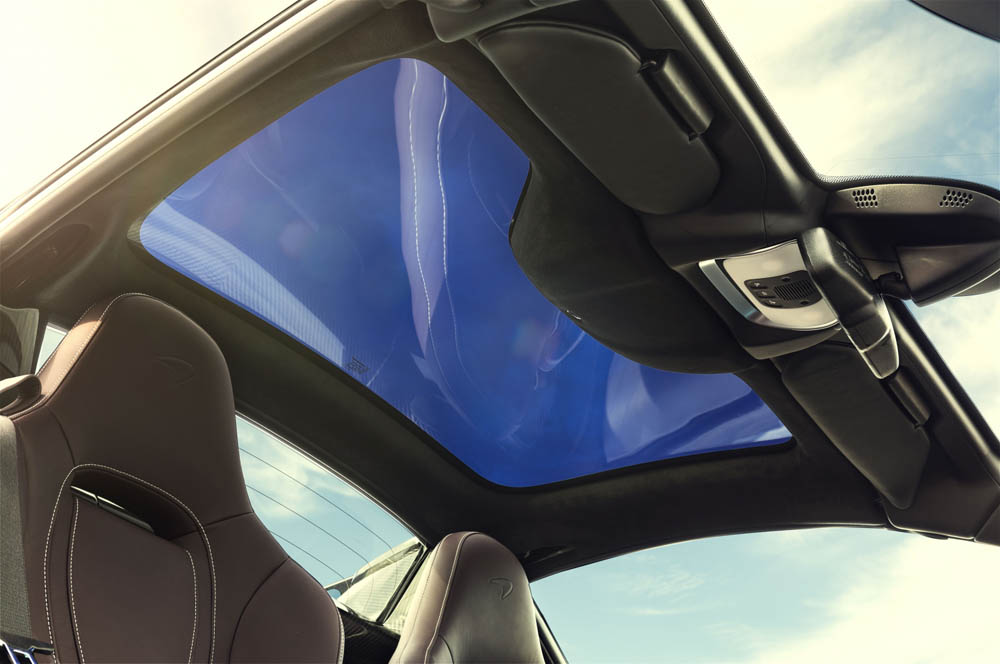 Best of all, the roof glass is electrochromic, allowing the occupants to have more light at the touch of a button. The system has a memory function to recall the previous setting everytime the car is started, but reverts back to its tinted setting when the ignition is off. 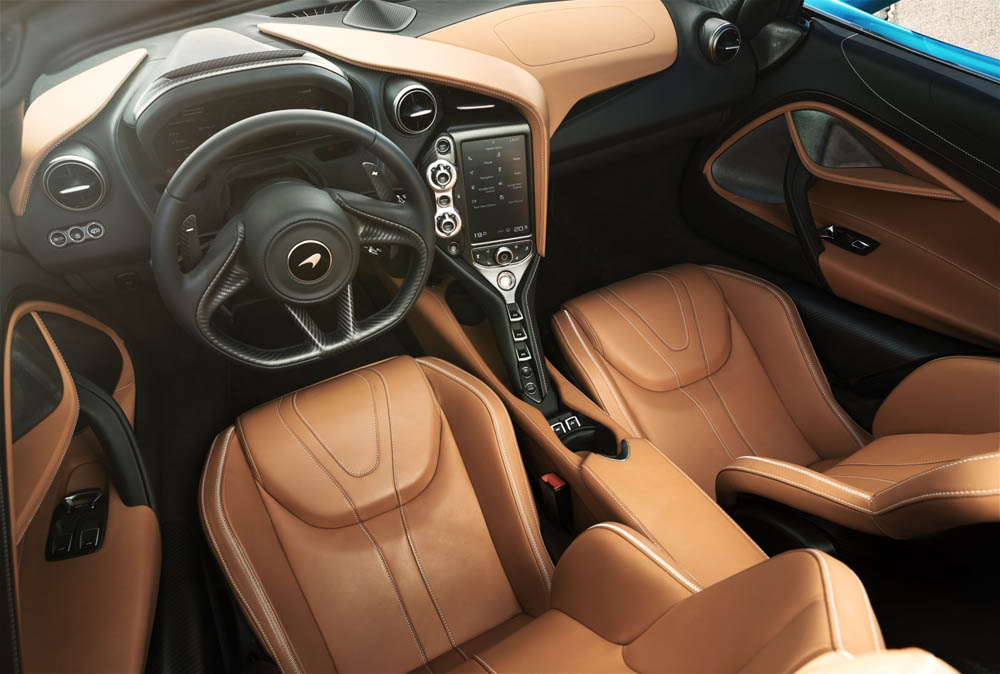 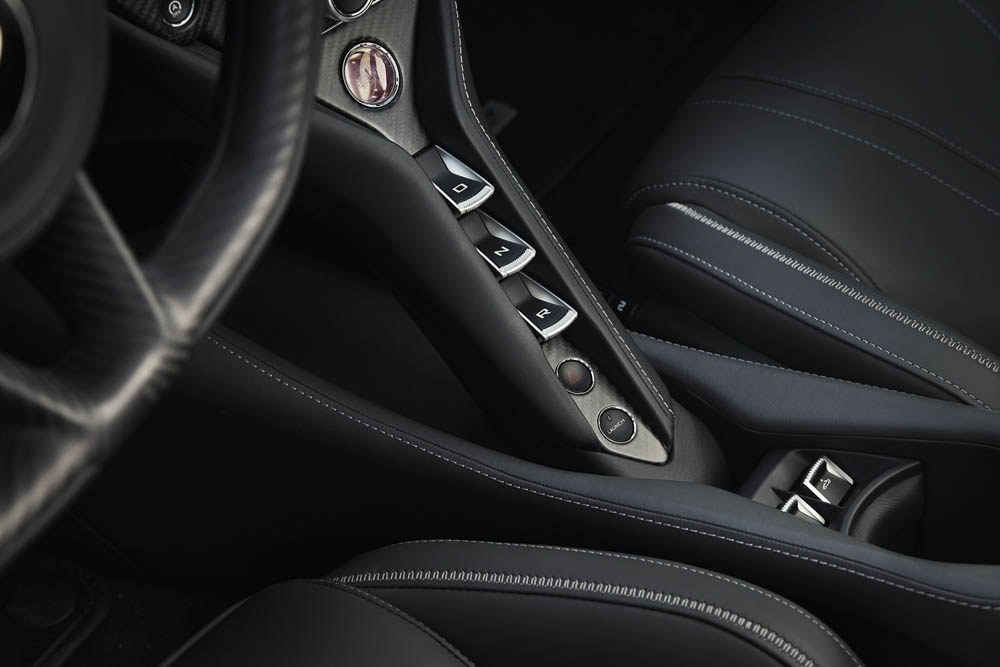 The cabin is the same welcoming and luxurious as the Coupe. The centrally-mounted 8.0-inch Central Infotainment unit is the main hub for the vehicle’s functions and includes controls to the audio, media, navigation, climate control and other convenience features – with quick access physical buttons below the display.

The dual-zone climate control has been recalibrated to detect if the roof position has changed and adjusts the temperature and airflow automatically, warming or cooling occupants according to the ambient settings already selected. 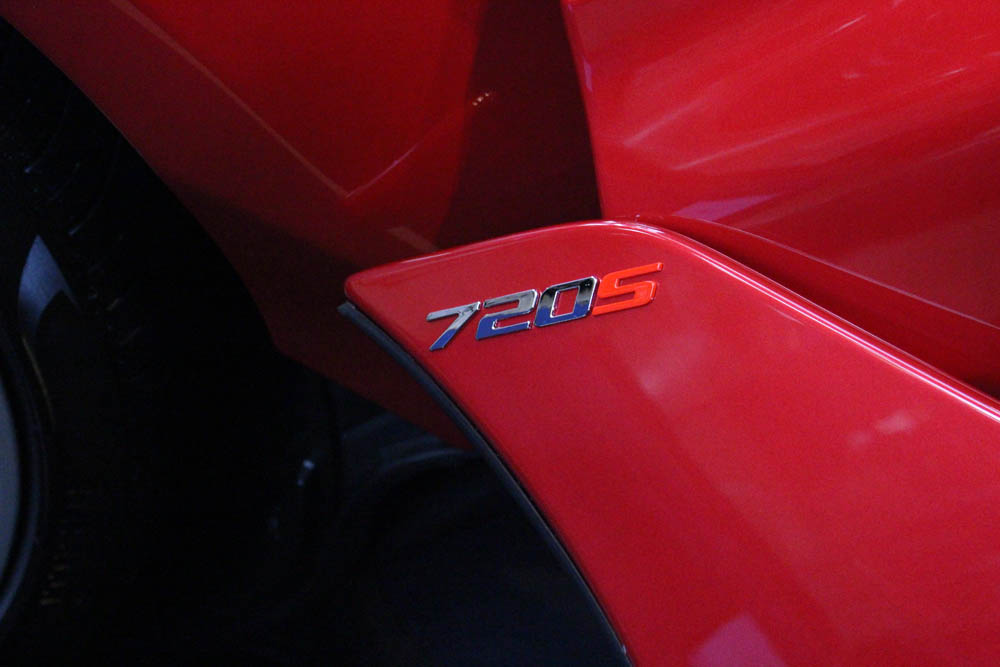 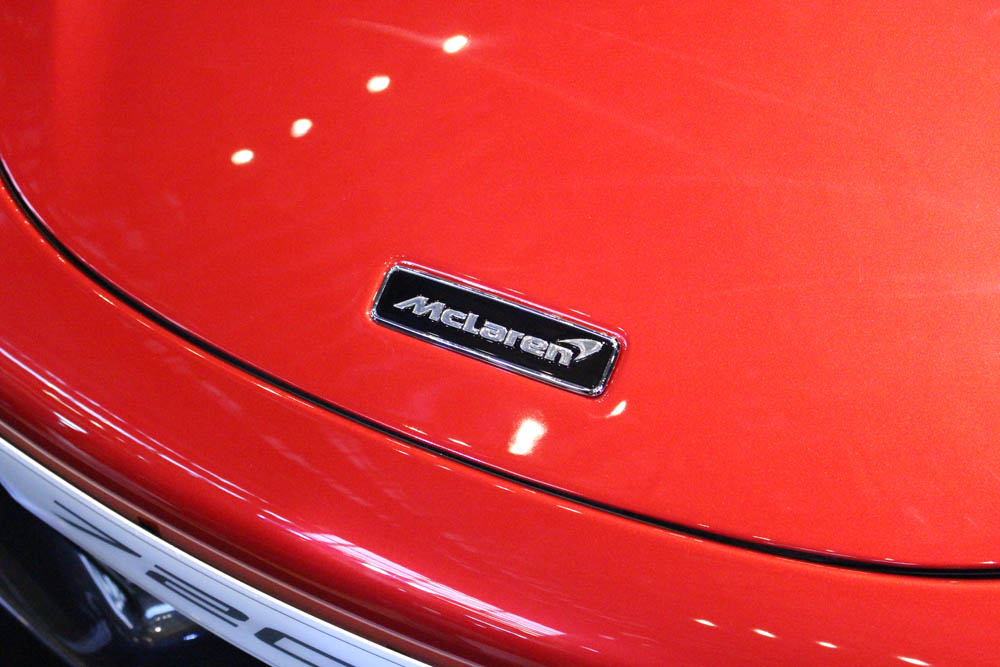 There will be three specifications for the 720S Spider available, with Performance and Luxury trims on top of the standard model, just like the Coupe. Two exterior colours of Belize Blue and Aztec Gold are new for the Spider and joins 23 other exterior colours. The 720S Spider can be ordered now and starts from RM 1.218-million before duties and options.

Prefer an ultra-comfy SUV to drive around instead? Click here for our impressions of the Rolls-Royce Cullinan!

Sell your car through Carsome! It is fast, fair and free!