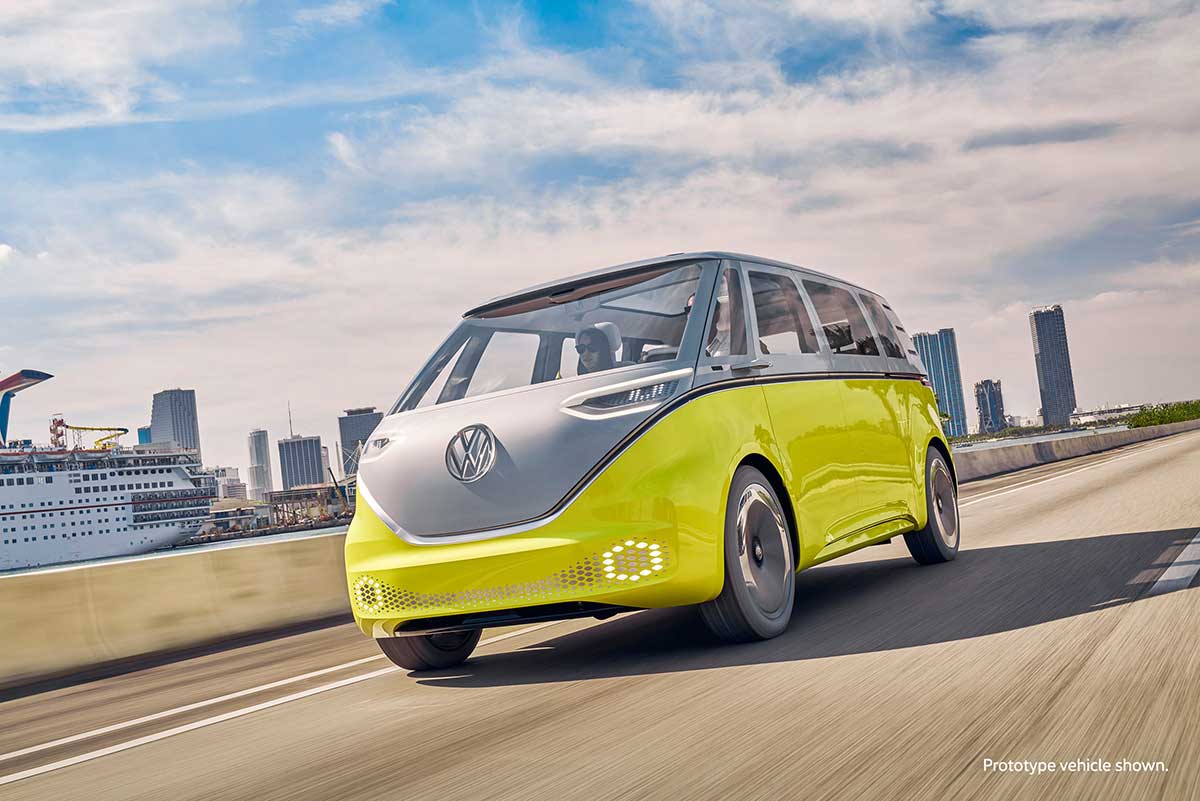 A production version of the award-winning I.D. Buzz concept electric vehicle has been announced by Volkswagen. “For me, the I.D. Buzz concept is the most beautiful and most exciting electric car in the world,” said Dr. Herbert Diess, Chairman of the Board of Management for the Volkswagen brand, in Pebble Beach, California. 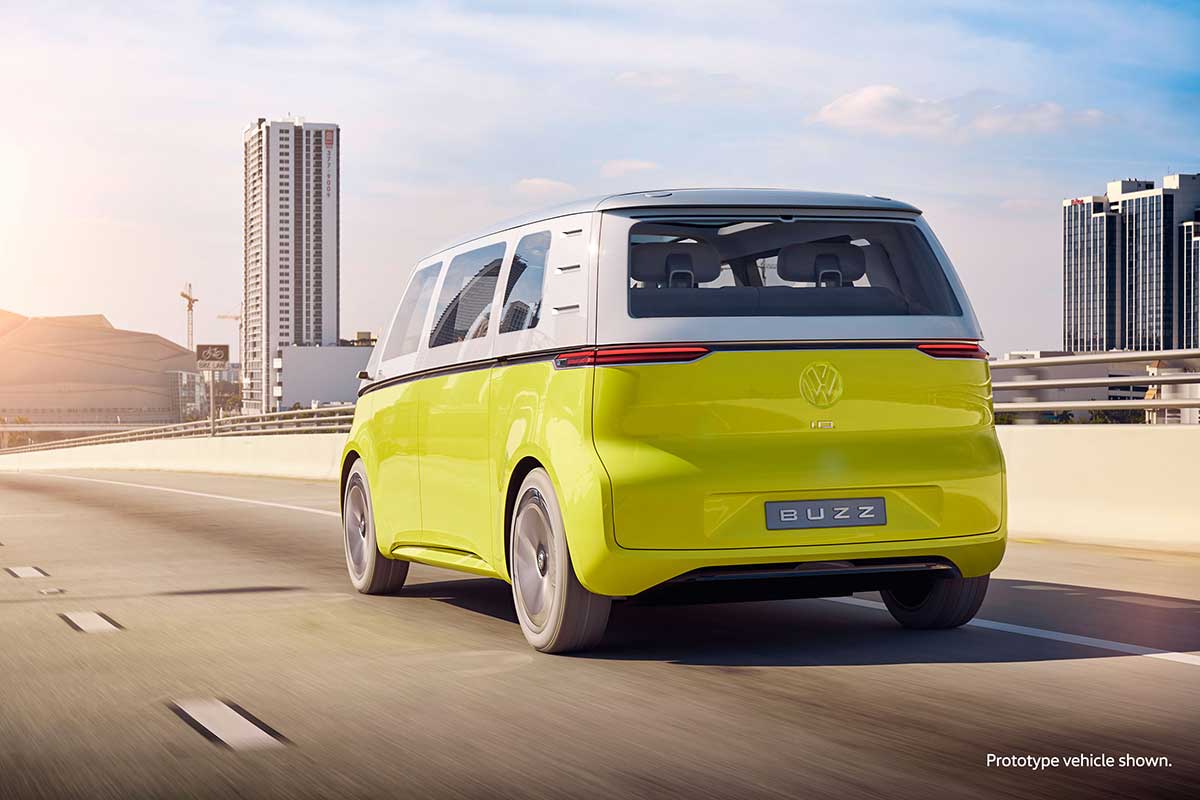 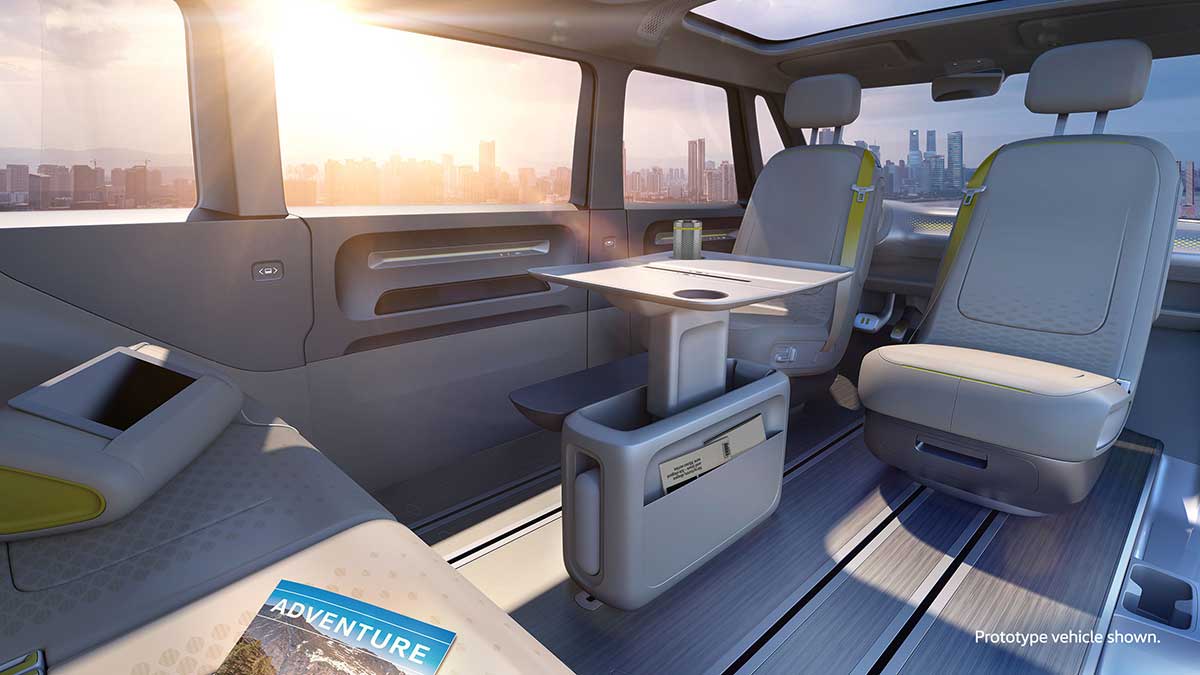 The I.D. Buzz is the second EV concept that VW has put forward for production after the original I.D. concept. Slated to enter production around 2019 as a 2020 model, this new electric VW SUV is matched with the I.D. Crozz concept by appearance. All three use VW’s Modular Electric Drive kit (or MEB in short for its German acronym). The MEB is a group of components and chassis parts engineered to maximize the potential of electric drive and future technology. 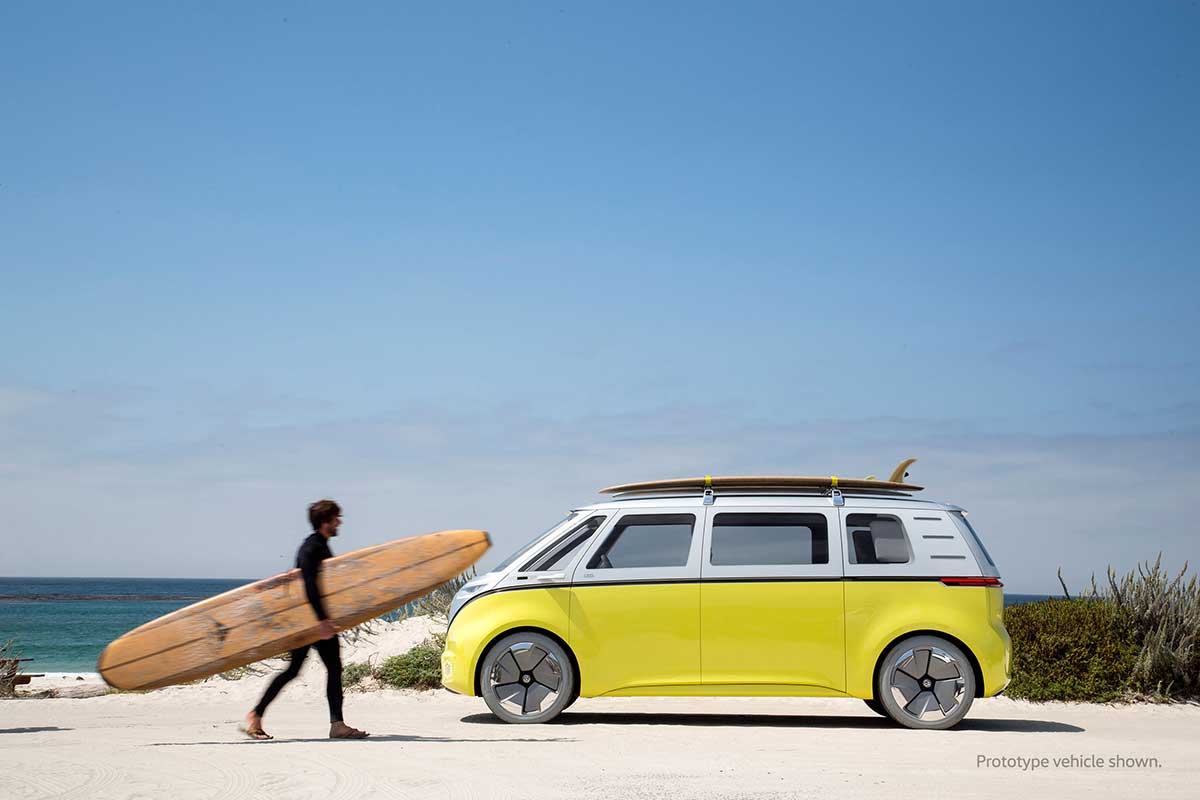 “These cars will offer everything – and even more – than you have seen from other electric carmakers,” said Diess. “And they will be much more affordable. It took you everywhere with your friends, it was a car but also a home on wheels, it was both reliable and unconventional, it was highly emotional. It was and still is a wonderful car.” says Diess. .” 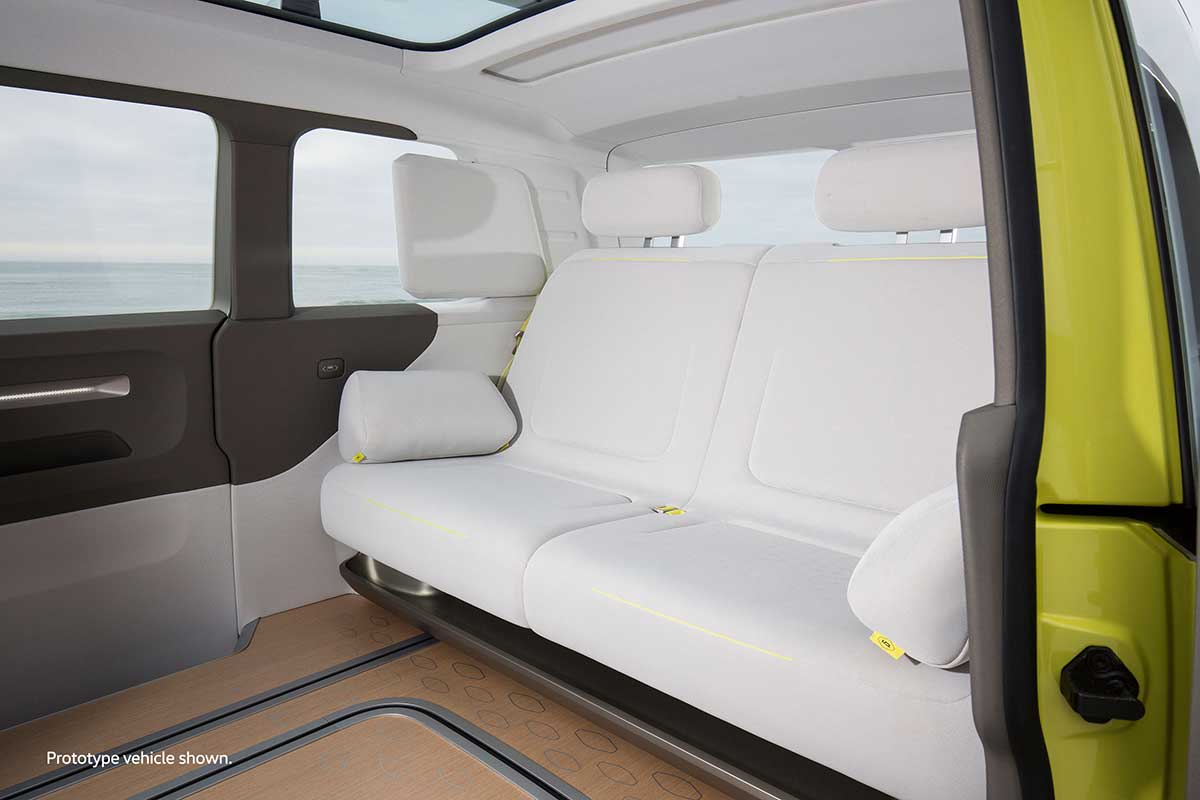 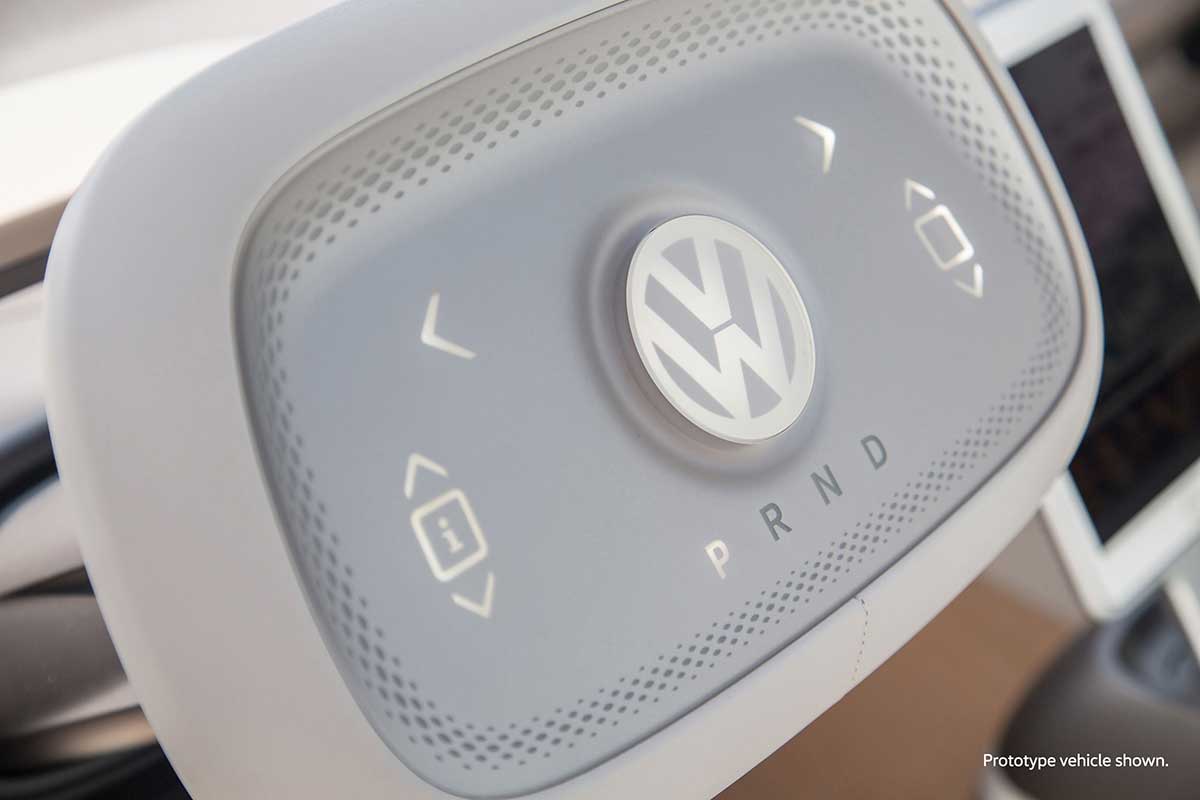 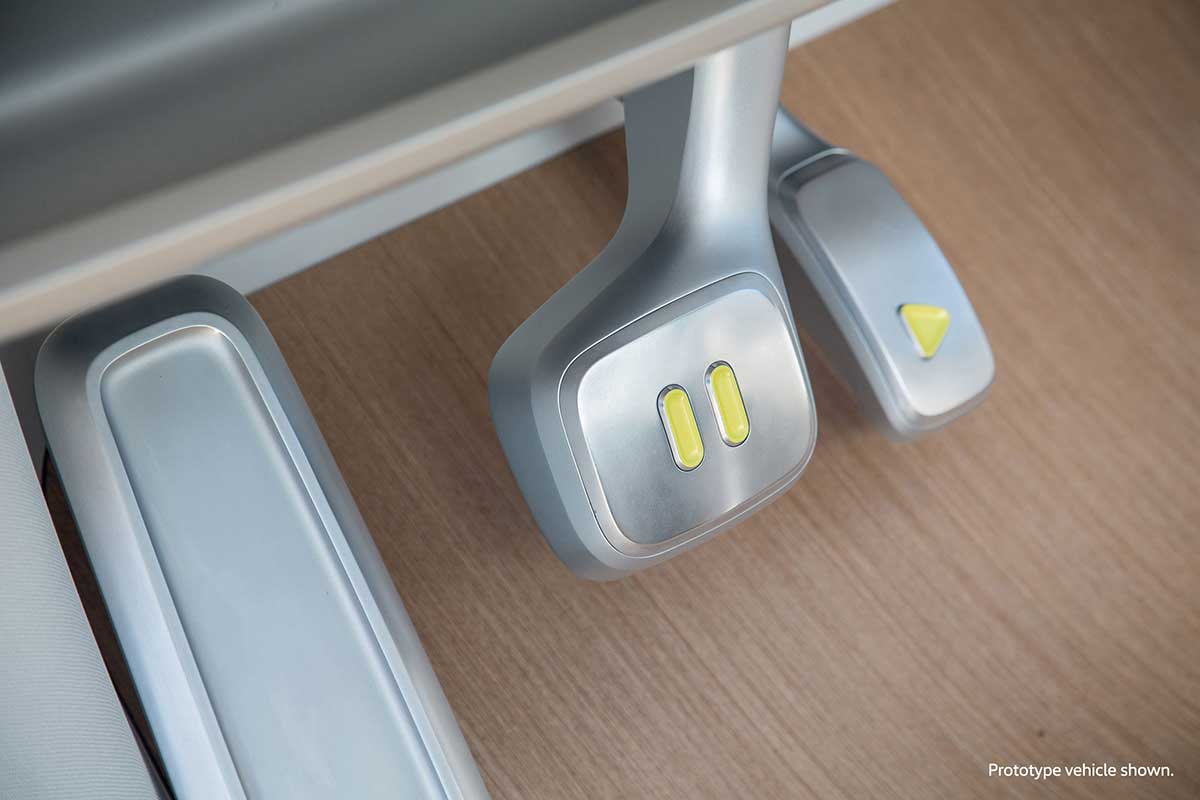 Designed to recall the original Type 2 Microbus without mimicking it, The I.D. Buzz concept has won several awards in the months since it was revealed at the Detroit Auto Show. The front V in the bodywork calls back to the two-tone predecessor on the original Bus, but in the I.D. Buzz carries a light strip that surrounds the vehicle and gives it a unique visual signature. The I.D. Buzz managed to look modern and timeless with its near-zero body overhangs and 22-inch wheels as the LED headlights also have hexagonal segments that act as “eyes” to communicate the vehicle’s status.

Interestingly, the first VW Bus sold in the United States in 1950 had just 30 hp. The I.D. Buzz concept boasts a 369 hp from electric motors on each axle, has all-wheel drive and the 111 kWh battery pack that provides an estimated 483 km of range. The VW fast-charge system can recharge about 80 per cent of its energy capacity at 150 kW in 30 minutes. 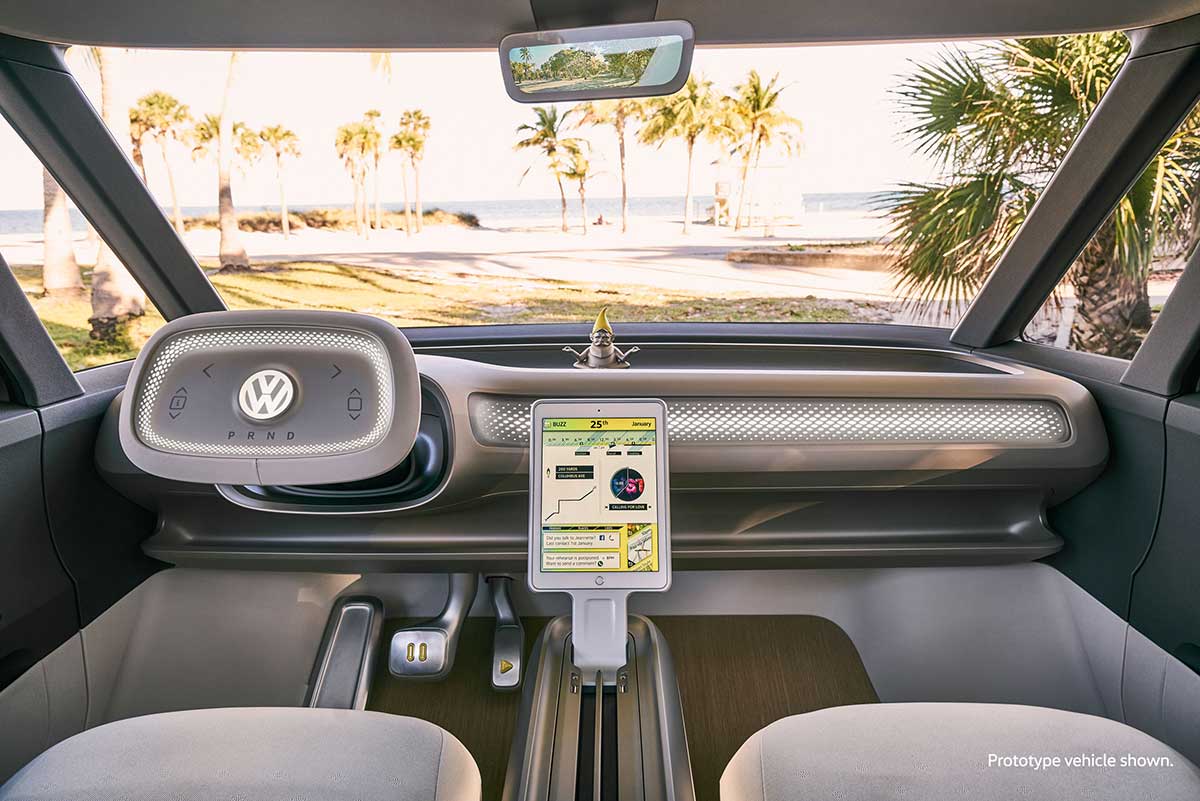 The I.D Buzz concept also offers a futuristic autonomous technology namely its fully automated “I.D. Pilot” mode that could go into production by 2025. It continues from the fold-away steering wheel and pop-up laser scanners in the roof to a heads-up display that integrates augmented reality. The design and engineering of the I.D. Buzz concept and MEB platform provides an ample space for passengers or cargo, with a expansive view of the surroundings.

“The iconic car of the electric age must be a Volkswagen”  -Dr. Herbert Diess 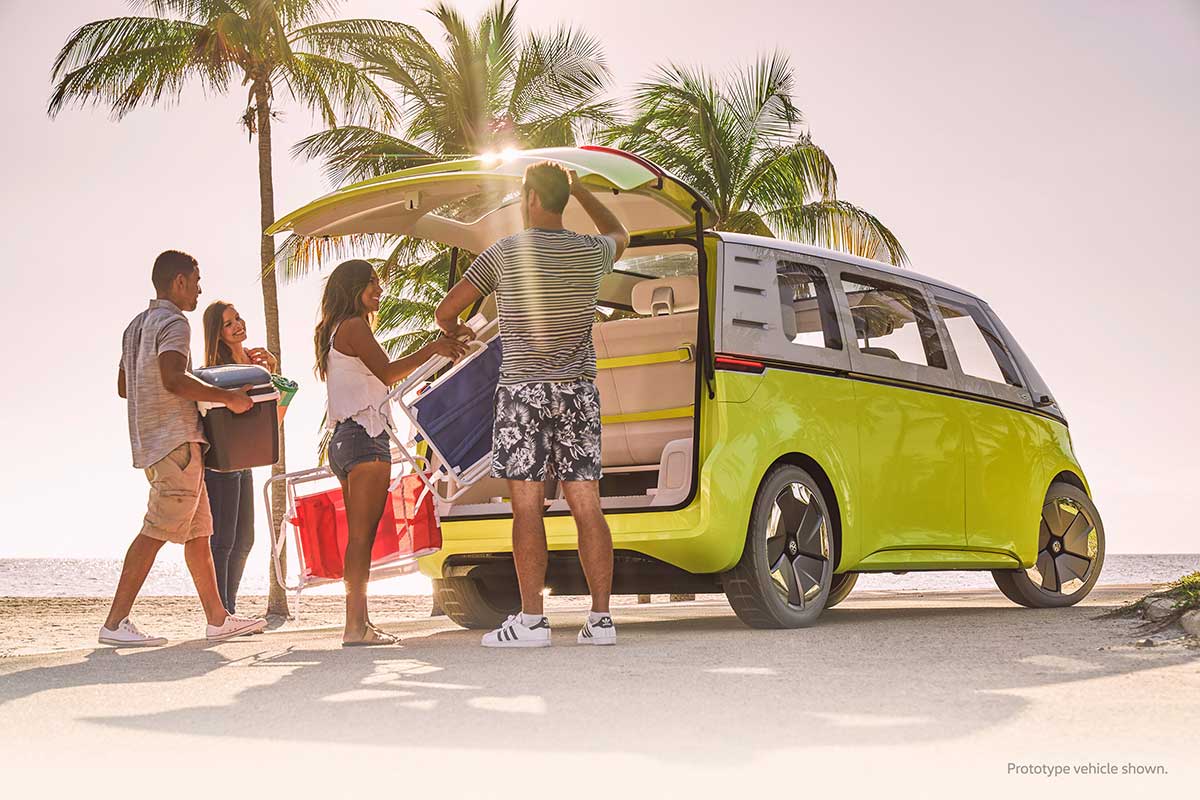 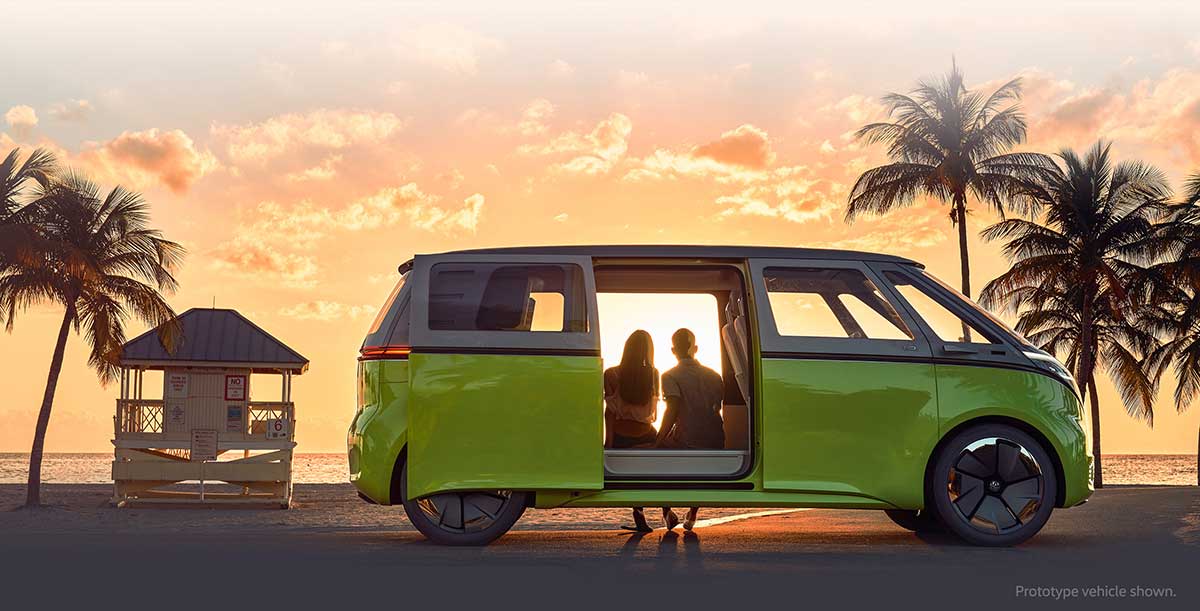 The new I.D. Buzz will be the seventh generation of the bus. Over time, the vehicle evolved in style but always retained its character, versatility, and ability to draw or carry a crowd. To add on, the exterior I.D. Buzz harkens to that first generation make which sports a two-tone V-nose, rectangular windows, a hint of a windshield sunshade, and a gesture at the rear side air vents that characterized the original.

Selling your existing car? Fill up the form below and get started.