This is the mind-bending 2,000 PS Lotus Evija hypercar 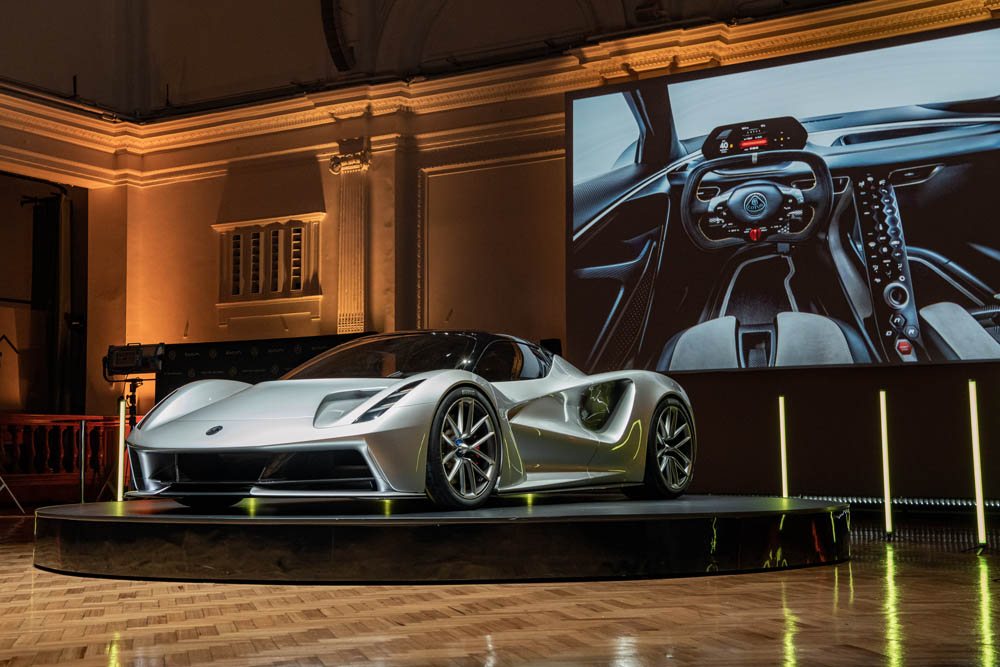 First known only as the Type 130, Lotus has now unveiled the Evija (pronounced ‘E-vi-ya’), a fully electric hypercar with a target power output of 2,000 PS (1,973 hp) and 1,700 Nm of torque. Yes, the numbers are completely out of this world and even trumps the Bugatti Chiron Sport. So, this means that the Lotus Evija will be the most powerful series production road car ever built. 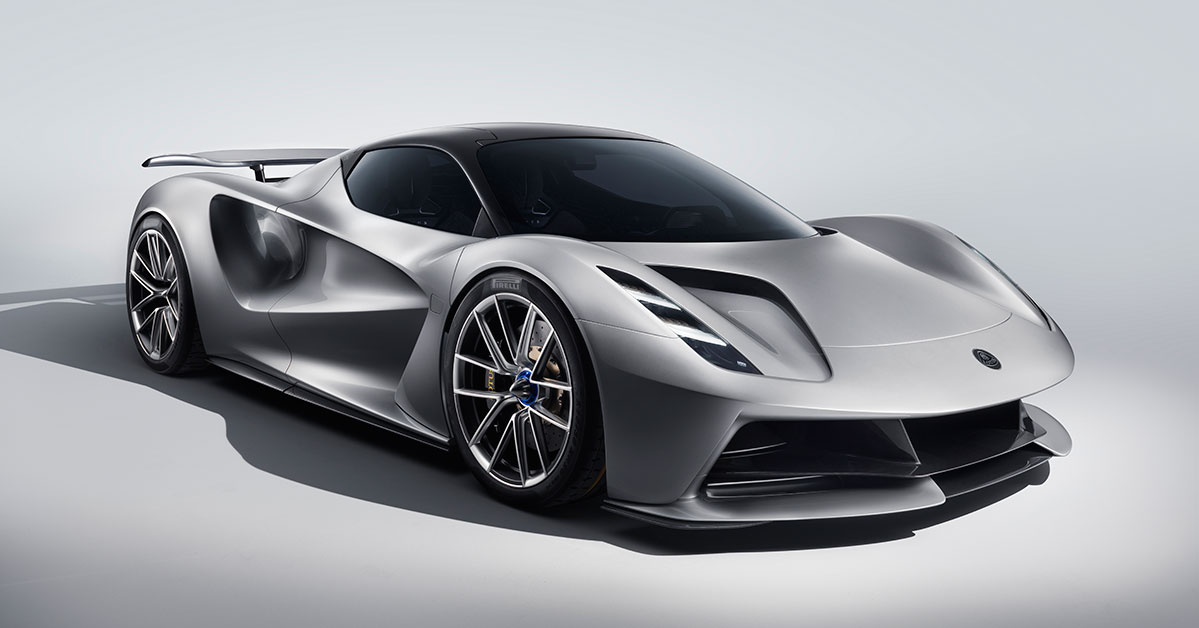 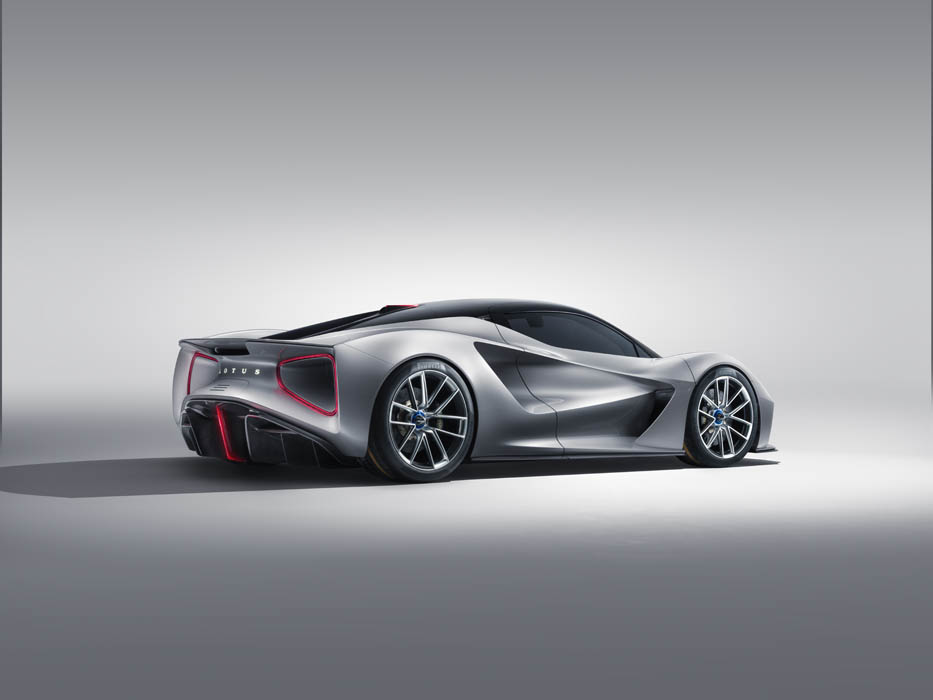 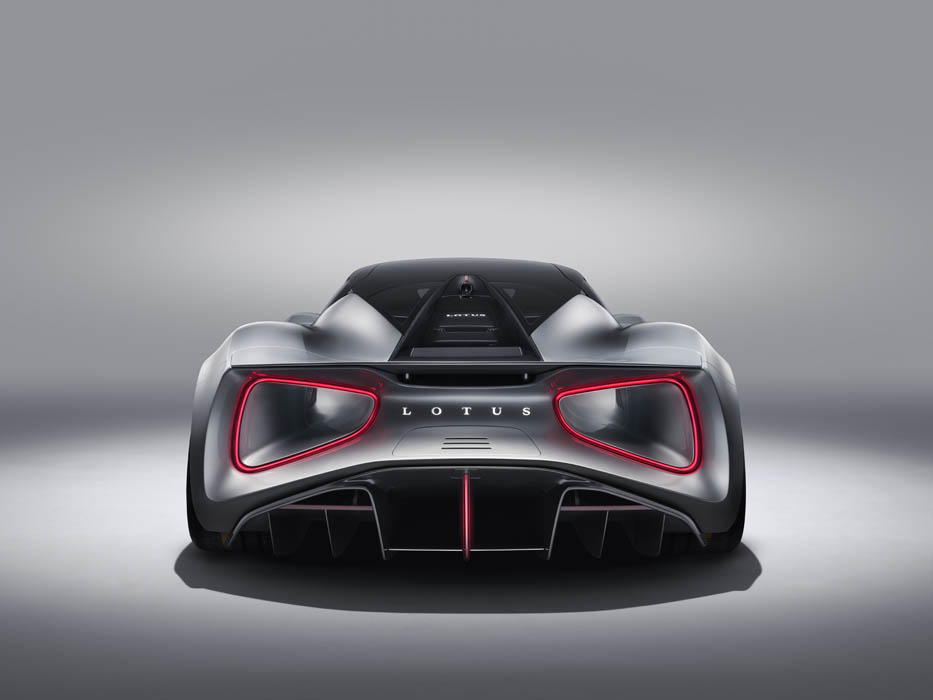 The design is clearly the most striking part of the Evija and takes inspiration from the aeronautics industry. True to Lotus founder Colin Chapman’s core belief that every component should serve multiple purposes, the exterior design is exceptionally efficient – with the Venturi tunnel that goes through the body on both sides of the rear quarter. Inspired by Le Mans race cars, the air flow optimisation is directed through the full carbon fibre bodyshell. 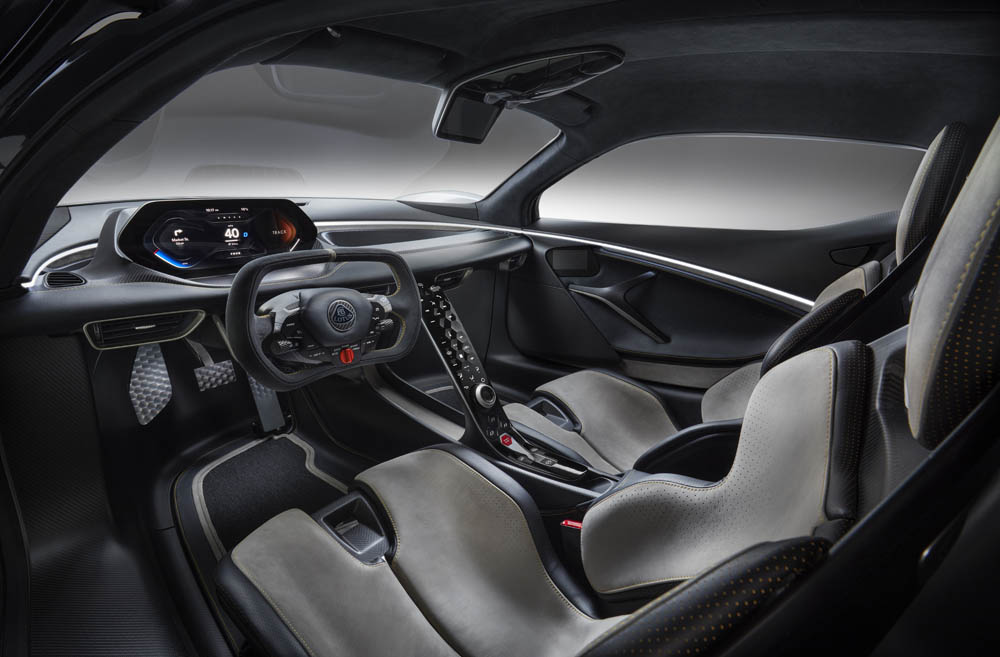 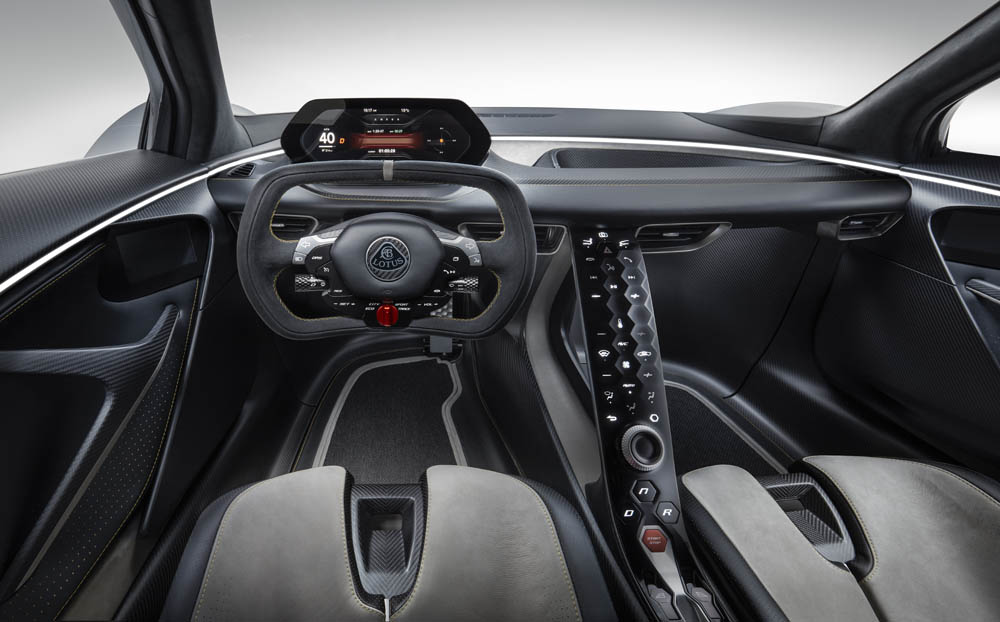 Access to the cabin is through two dihedral doors that is handle-free and operated via the key fob. Inside, the inspiration comes from the technical precision of race car engineering. It strikes a balance between functionality of a track car and comfort of a road car. The elegant carbon fibre shell seats are hand-trimmed with thick Alcantara-finished pads and feature manual fore/ aft adjustment plus electric back operation. 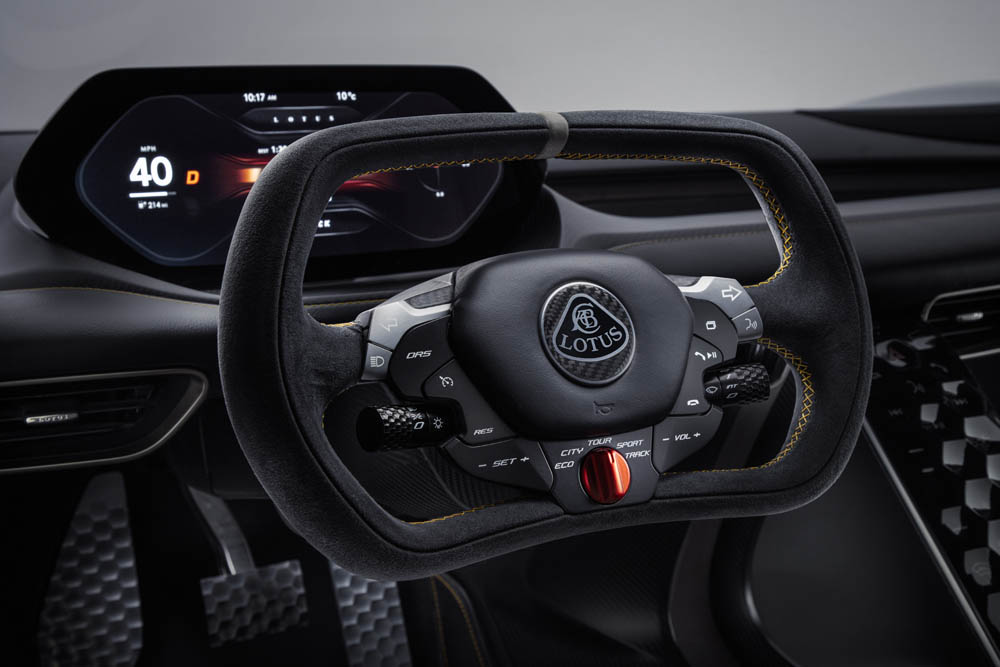 The design of the steering wheel is similar to that found in an LMP or F1 car, reinforcing the Evija’s sporting nature. Buttons are grouped in an intuitive manner and govern functions including phone use, cruise control and DRS deployment. 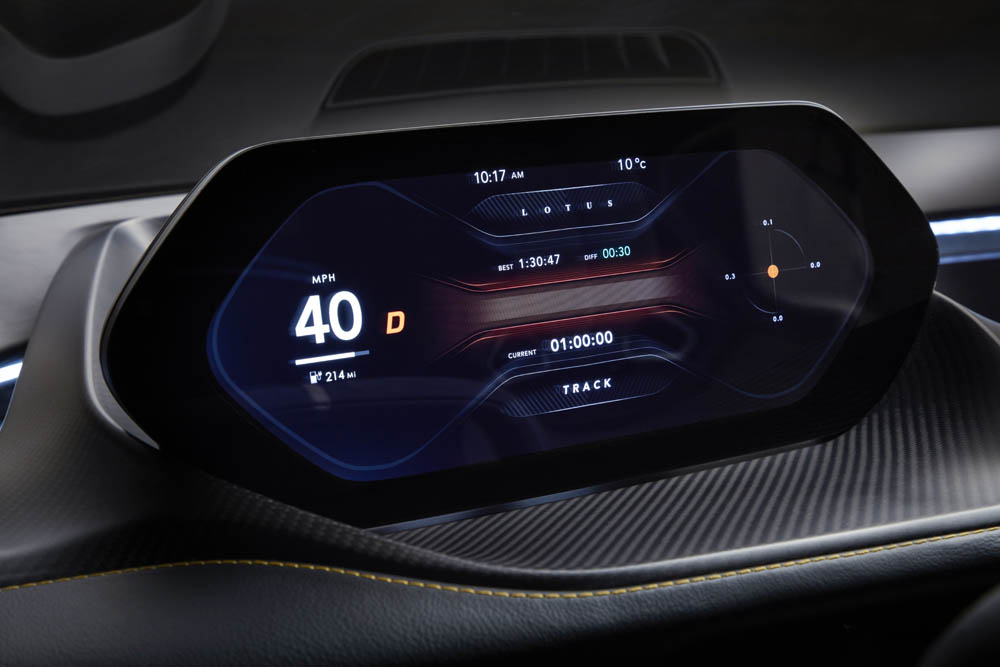 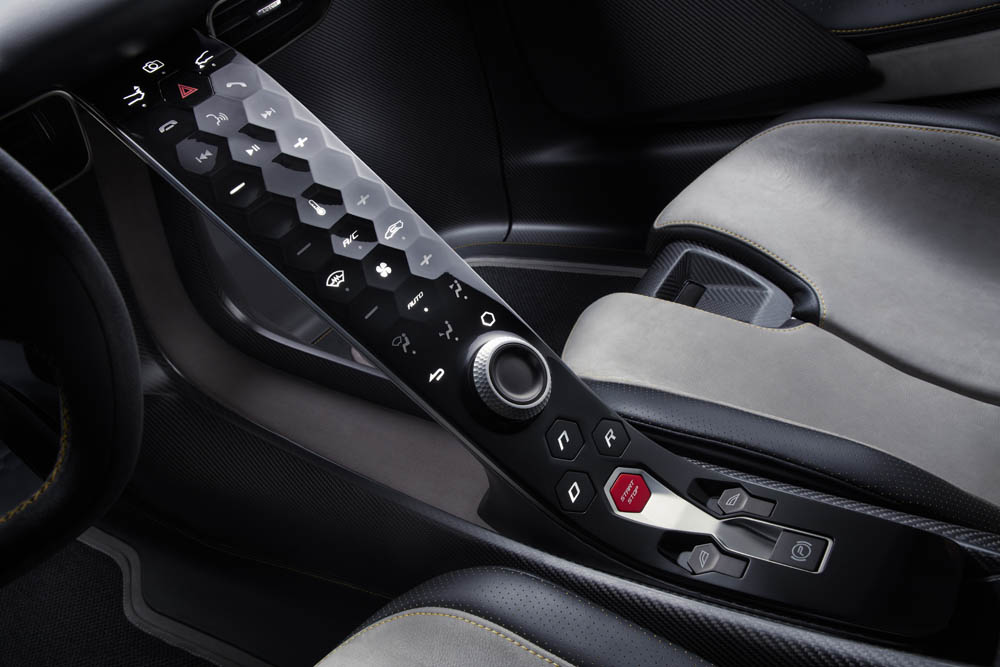 Mounted centrally at the base of wheel’s hub is the mode controller of Range, City, Tour, Sport and Track. There’s only one digital display which provides all the information needed on battery charge and remaining range. 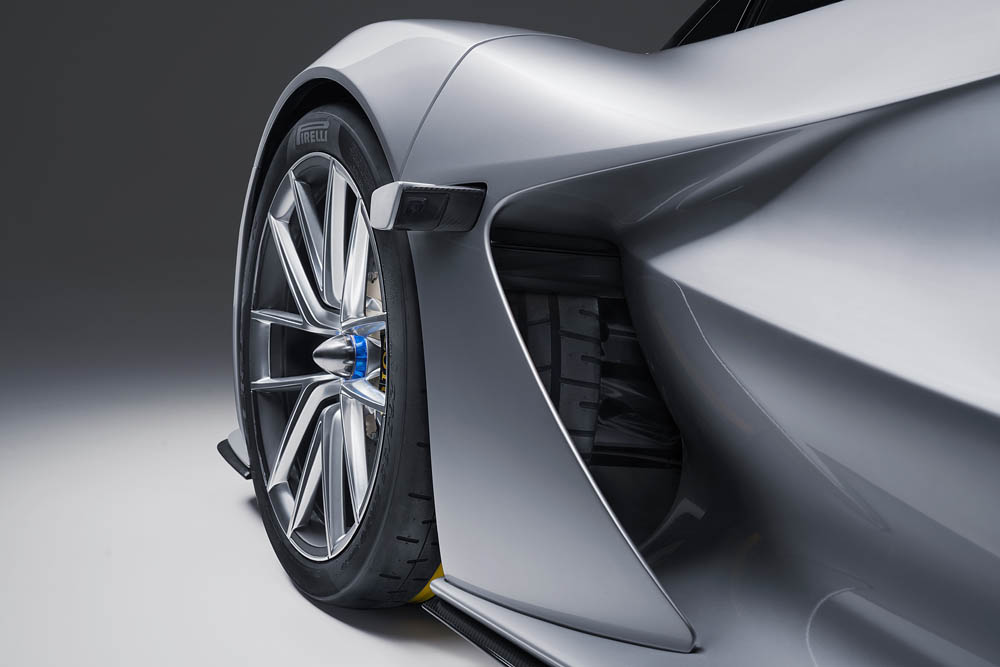 Aerodynamically, the body is made to be sleekest possible, even removing the traditional door mirrors in place of cameras integrated into the front wings that extend when unlocked. The full-length underside has been sculpted to optimise downforce. Active aerodynamics takes the form of a rear spoiler that rises from a flush position and an F1-style Drag Reduction System. The spoiler deploys automatically in Track mode. 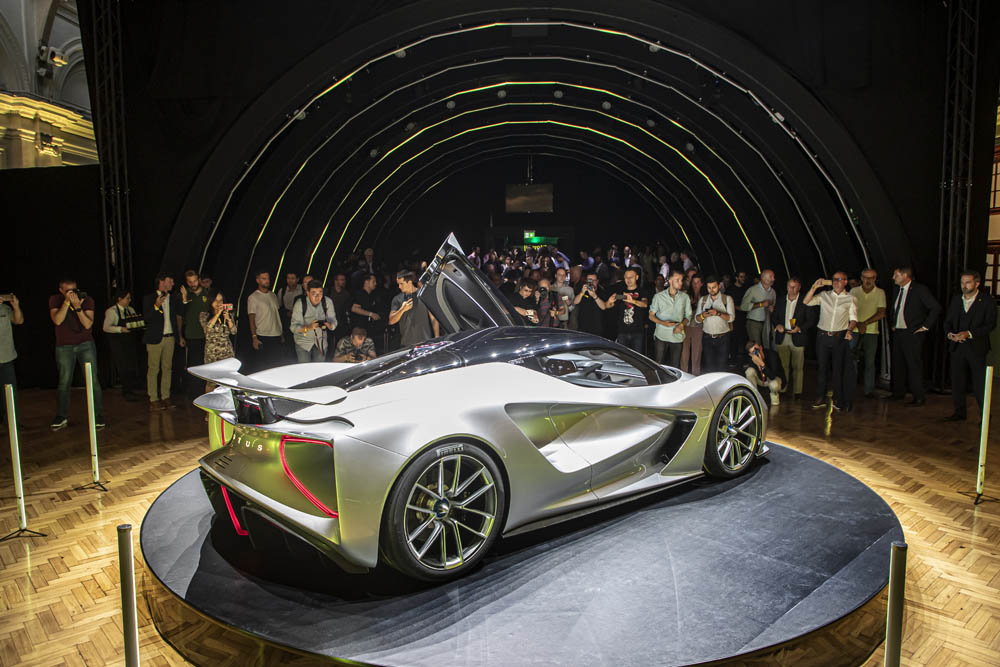 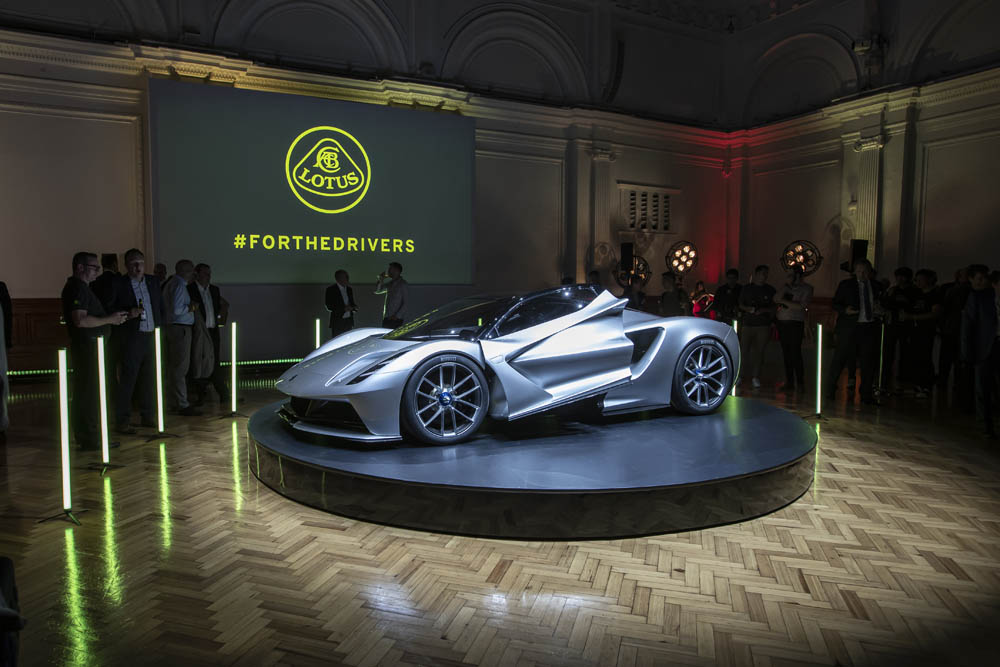 With one e-motor on each wheel and a target power of 500 PS per motor, the century sprint from a standstill is done in under 3-seconds on to a top speed of over 340 km/h. What is more impressive is the fact that it takes less than 9-seconds to reach 300 km/h and accelerations from 100 to 200 km/h in less than 3-seconds and 200 to 300 km/h in less than four. Power can also be delivered over a sustained period as the aero and four-radiator cooling package keeps the battery at an optimum temperature. This allows the Evija to be driven flat-out with no derating for at least 7-minutes in Track mode. 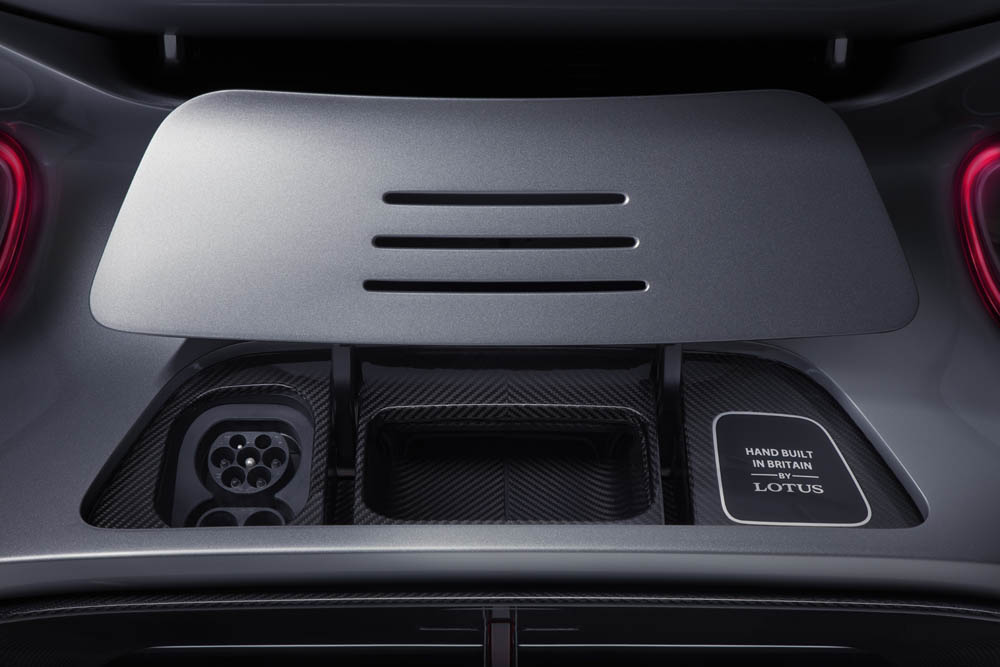 Thanks to the partnership with Williams Advanced Engineering, the mid-mounted 2,000 kW battery in the Evija is the lightest and most energy-dense electric power package ever fitted to a road car. It can accept an 800kW charge, although there are none publicly available as of today. At this rate, it takes a mere 9-minutes to charge full. On current charging technology at 350kW, charge times will be 12 minutes to 80% and 18-minutes to 100%. Range will be 430 km based on the New European Driving Cycle Combined Cycle. 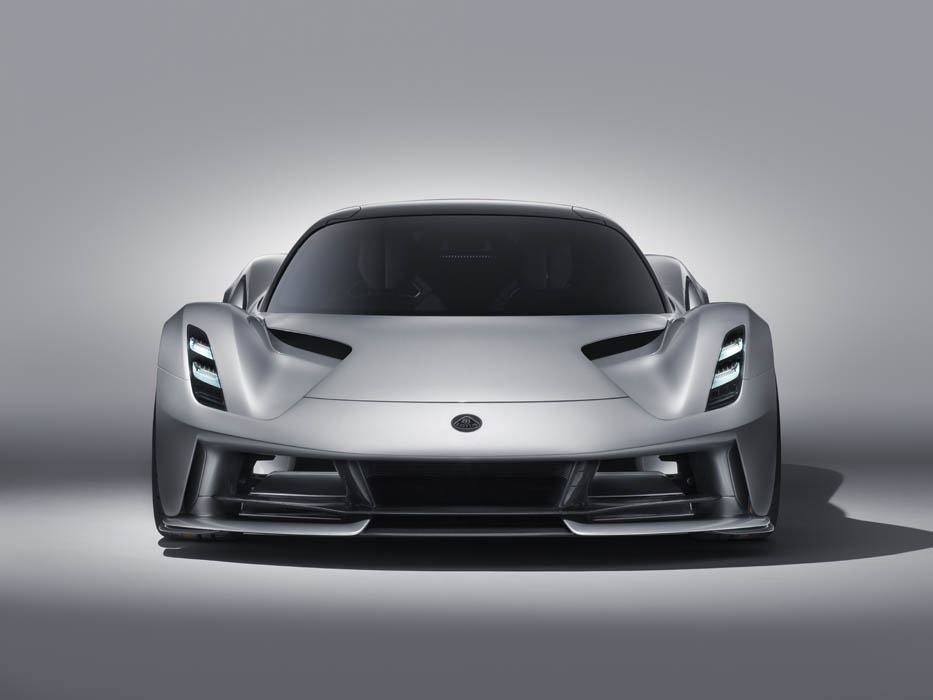 Marquetry-style badging will provide bespoke opportunities for owners. Lotus has developed the ability to inlay metal elements directly into the carbon fibre bodyshell, so that the badge sits completely flush with the bodywork. Only 130 units will be built for exclusivity and priced from £1.7-million with a £250,000 deposit for production.

What do you think?

Sell your car through Carsome and be on your way for that dreamcar!