Cars have a language of their own. The words and terms used to describe a car can often be confusing as the engines that run them. You don’t necessarily need to know every word that is used in the car dictionary to know a car, but knowing them definitely doesn’t hurt.

Also, knowing these terms would surely help you know your car better, or if you are in the market of buying or selling a car, you won’t be as lost when the salesperson is trying to explain the details to you.

Horsepower or more commonly known as HP is a common unit of measurement of an engine’s power. The term horsepower is used widely in the automotive world and it varies from vehicle to vehicle, country to country. One horsepower equals 75 kilogram-force meters [kgf·m] per second.  When the number of horsepower is high, it means that the vehicle is powered to drive off at a faster speed. In a typical sedan, you can expect a 120-horsepower engine and a larger SUV would often carry a 200-horsepower engine. Smaller cars like Myvis would usually carry a 70-horsepower engine. 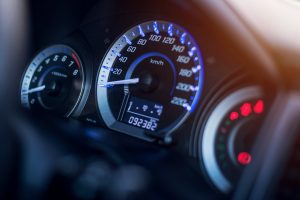 Mileage refers to the distance needed by a vehicle to move using one 1L of fuel. For the mileage to be considered high or low, it really depends on the age of the car and the distance. In other terms, depending on the age of the car, mileage would be considered high if the distance driven is equal to or higher than 100, 000 km. If your car is at this mileage, usually the car would need some kind of servicing to replace certain mechanics of the car as well as the necessary oils and water. Old cars that are 15 years old with a mileage of 100, 000 km is way better compared to a 3-year-old car with the same mileage.

Every car (any vehicle in general) has a vehicle identification number or known as VIN that is unique to its own. This number  consists of 17 characters, a mixture of alphabets and numbers and is considered the car’s own birth certificate. The VIN holds numerous information like the car’s history record, the car’s variety and model, the location it was manufactured in, its specifications and many more. The number can be found in different parts of the car including the driver’s door, the dashboard, and under the front passenger’s seat. 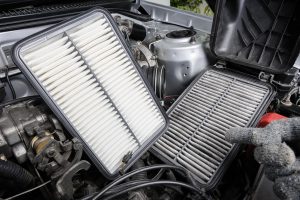 Your car’s air filter is considered a security guard for your car. Though it might not protect your car from robberies and break-ins, the air filter acts as a guard that filters out all the nasties that might enter your engine. The engine area needs an average of 9, 000 liters of air every minute and a clean air filter plays a crucial role in ensuring how efficiently an engine runs. If the air filter is filled with dirt, clean air can’t get through and in turn affects the engine from doing its work of providing enough fuel power, hence affects the engine’s overall power.

Oil viscosity plays an important role in the maintenance of a car. In general, a vehicle’s lubricant is classified based on the level of viscosity (the thickness of the oil), in regard to its efficiency at pouring at a specified temperature. Thinner oils have lower viscosity and pour more easily at lower temperature compared to thicker oils that have a higher viscosity. Thin oil reduces friction in engines and allows the engine to start faster during the cold weather. Thick oils are better at maintaining film strength and oil pressure at high temperatures and loads. 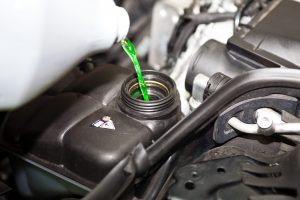 Coolant ensures that your engine does not overheat during the warmer season and does not freeze during the colder season that can cause really bad damage to the engine (hence costing more in repairing it). Coolant also known as antifreeze is a combination of ethylene glycol and water and needs changing because the chemicals in this break down and become less effective over time. By not changing the coolant, damages include rush and sludge, damaging your car’s cooling system and risk the possibility of the engine overheating.

The function of brakes in a car do not need any introduction. It is to slow down a car so that the car can come to a halt safely and to avoid any kind of collision. On average, brake pads can last for at least 80, 000 kilometers. But, the efficiency of a brake also depends on the driving style, driving location, driving frequency and a number of other factors. Some car models would have sensors and signs that would remind the driver when the brake pad needs to be changed.But even without that, you can also take note on when to change it based on certain signs like noticing a weird sound from the brake or checking out the brake pad by yourself at the sides of the rim.

With these basic terms, you will surely be able to understand your car better. And for those who do not own a car just yet, knowing these terms and its meaning might actually come in handy whenever you decide to get one because they would help you understand that each car works differently, and you might be able to just find the one that suits you best. 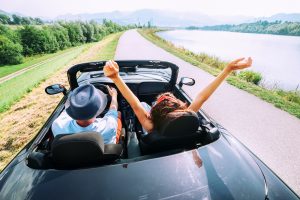 So when you decide to buy a car, do check out Carsome’s list of used new cars. The variety and quality of these cars will surely blow your mind, because some are better than new ones. If you are not sure why you should choose a used car, then you should totally check out this article. We bet you will surely pick Carsome.