How to Calculate Petrol Price in Malaysia

If there is one thing that is ever changing in Malaysia, it is the price of our petrol. The price used to change only a few times a year, then it was every month. From April 2017 onwards, the petrol price started changing every week. To keep yourself updated on the current petrol price, you can check it out here. But after years of filling up our car tanks with petrol, how is the price of fuel determined every week? Do you know what calculation is used to calculate petrol price? 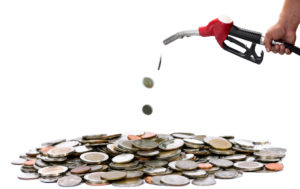 There are many factors that determine the fluctuating price, but the greatest single factor influencing fuel price is the cost of crude oil. Do keep in mind that crude oil and petrol are not the same thing as petrol is produced from crude oil and according to the Malaysian government, it’s not just the price of crude oil that affects the overall price of petrol but the price of producing petrol and it is calculated using the Automatic Pricing Mechanism (APM).

What is Automatic Pricing Mechanism (APM)?

Automatic Pricing Mechanism (APM) is a formula that is used to calculate the price of fuel in Malaysia. Its function is to stabilize the price of petrol and diesel in Malaysia to a certain extent via a variable amount sales tax and subsidy, so the retail price only has to be changed if the difference in price exceeds the threshold of the tax and subsidy, at the discretion of the government. Here is the formula of the APM: 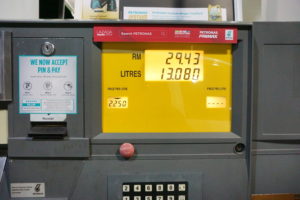 If you are confused on what these terms mean, do not worry, here’s an explanation of each.

MOPS – Which also stands for Means of Platts Singapore, is a calculation done by a company in Singapore called Platts. They provide different kinds of complex calculations and one of them is the price of refined oil.

Alpha – The difference between the MOPS price and the actual price that is transacted between oil companies and refineries. This is set at 5 cents per litre (petrol) and 4 cent per litre (diesel).

Next comes sales tax and subsidies by the government. According to the Sales Tax Act 1972, the Malaysian government can collect a maximum sales tax of 58.62 cent per litre for petrol and 19.64 cent per litre for diesel. This takes place when the real price of petrol and diesel at the stations are lower than the fixed retail price. Then, the government can either take profit from this or revise the fuel price to be lower to remove the difference in price so that the savings can be for the people. 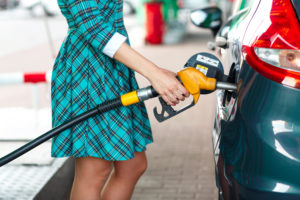 Apart from that, if the fixed retail price of the fuel is lower than the actual cost of the petrol and diesel at the pumps, the government can pay a subsidy of the same range. Now, the government gives a maximum subsidy of 30 cent per litre instead of a maximum allowable subsidy of 58.62 cent per litre. This 30-cent maximum subsidy is as part of an improved Automatic Pricing Mechanism, which is designed to stabilize fuel retail prices and allow industry players to manage expenditure in a more orderly manner.

Now that you know how petrol price is calculated, you might be able to estimate the price weekly, but to make things easier for you, we also have an updated page that refreshes every week with the current petrol price. Now, apart from this, if you ever need to change or car or get a new used car, do check out Carsome!