This is the first-ever BMW 2 Series Gran Coupe 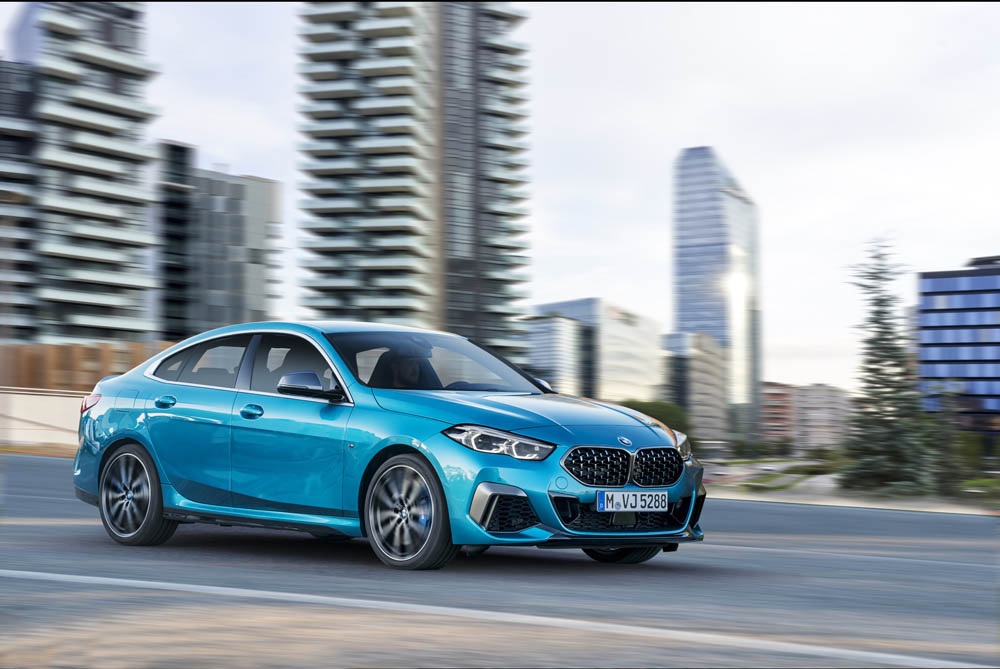 BMW has unveiled the first ever 2 Series Gran Coupe that joins the brand’s four-door coupe siblings like the 6, 4 and 8 Series range. As customary, there’s a strong focus on a design that’s bold, sporty and with emotionally rich lines and frameless side doors. The all-new 2 Series Gran Coupe combines all these with practicality, interior space and large load compartment.

The head and taillights are full-LED as standard and provide an all-new take on the BMW “L” shape with a single slim light element and a distinctive sweep to the side. The roofline has a graceful flow, with a long window graphic to visually reduce the weight of the rear end. 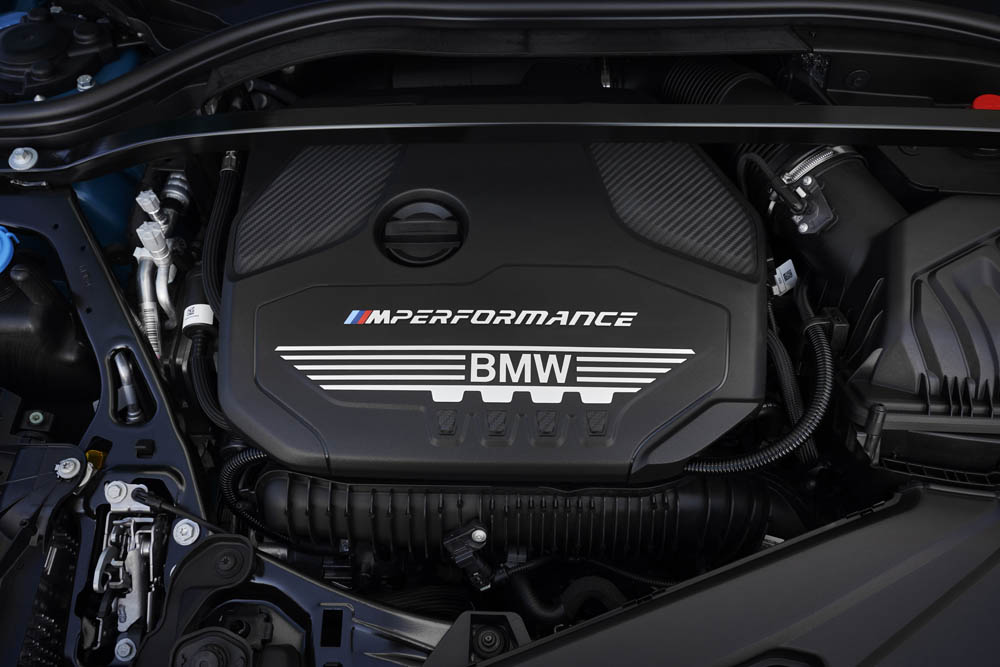 The improvement of space and lighter weight is thanks to the BMW front-wheel-drive architecture that the 2 Series Gran Coupe shares with the new BMW 1 Series. There will be three engines available from launch – one diesel and two petrol from the latest-generation EfficientDynamics family. Here the entry-level engine is a three-cylinder unit in the BMW 218i with 140 hp while the two-litre four-cylinder diesel powering the 220d generates 190 hp. 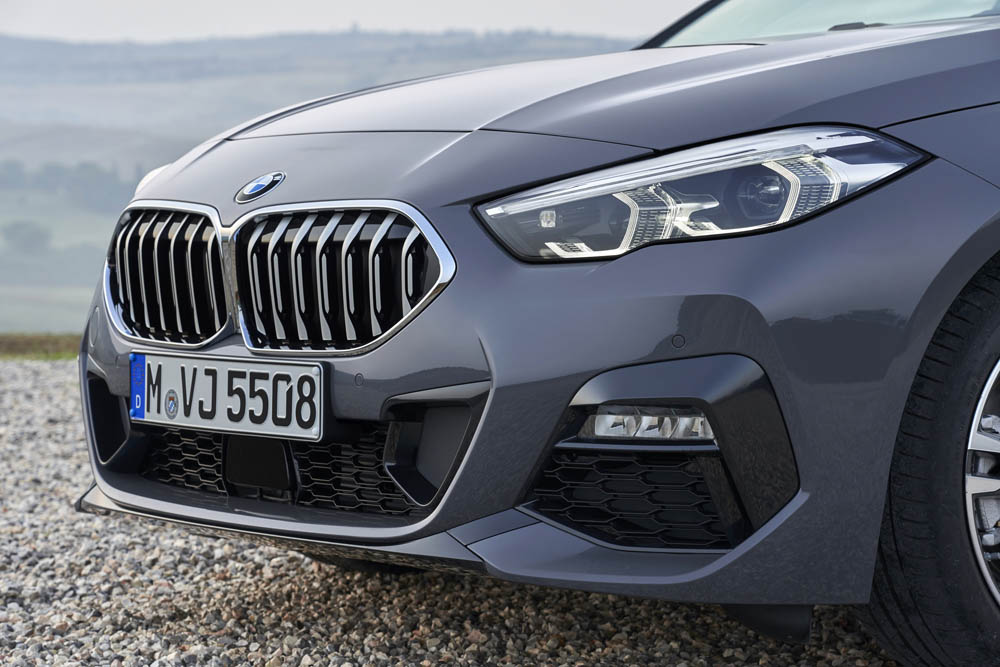 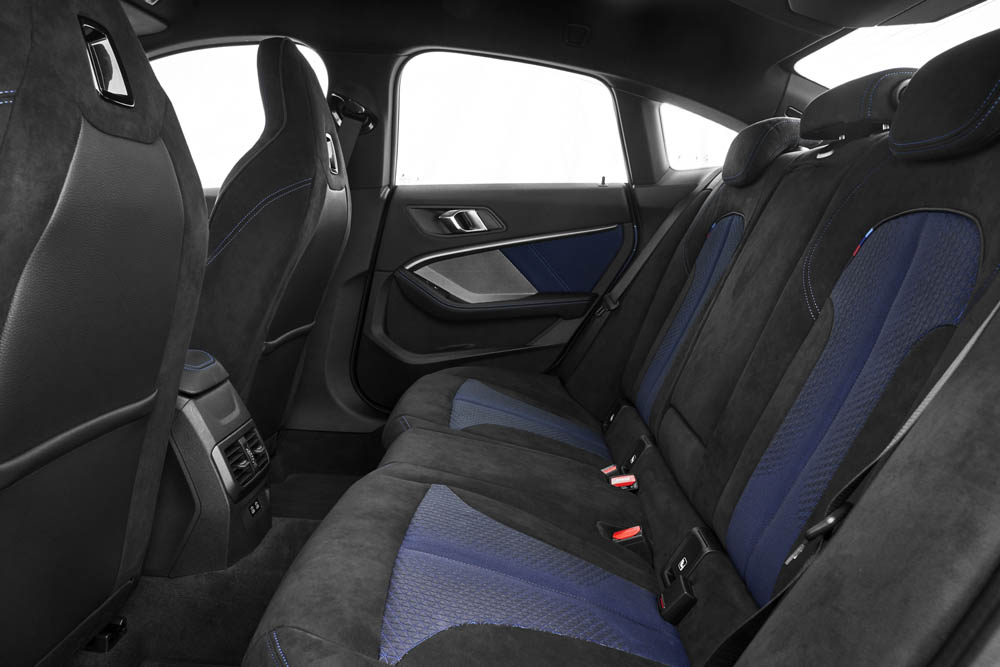 The rear passengers have significantly easier entry from the increase of 33 mm of extra kneeroom over the 2 Series Coupe with a 12 mm higher seating position. The boot has 430 litres of space and can be expanded further with the 40-20-40 split folding rear seat backrests. 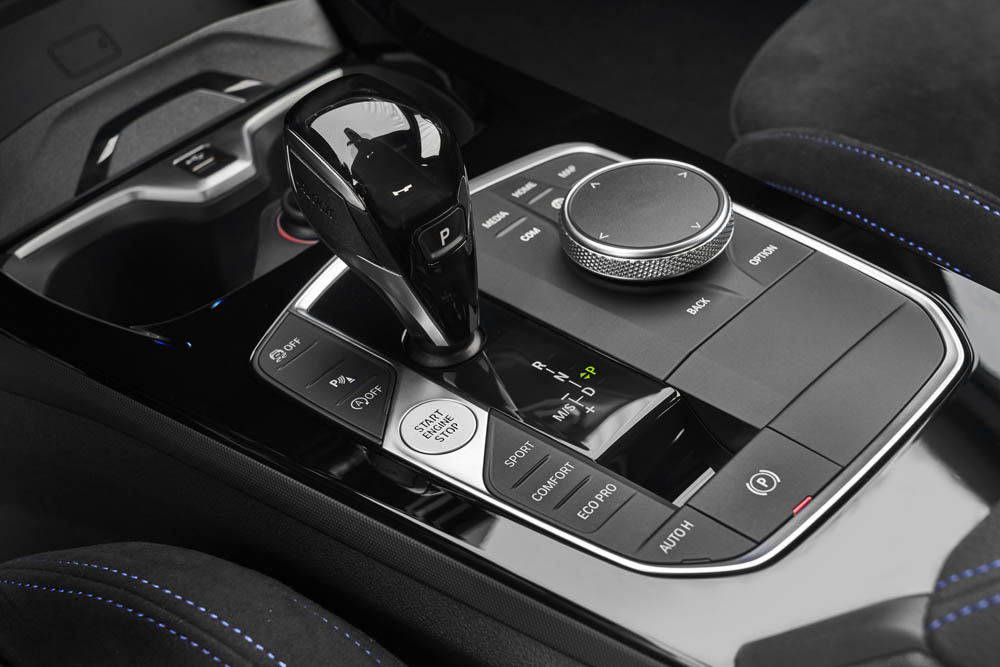 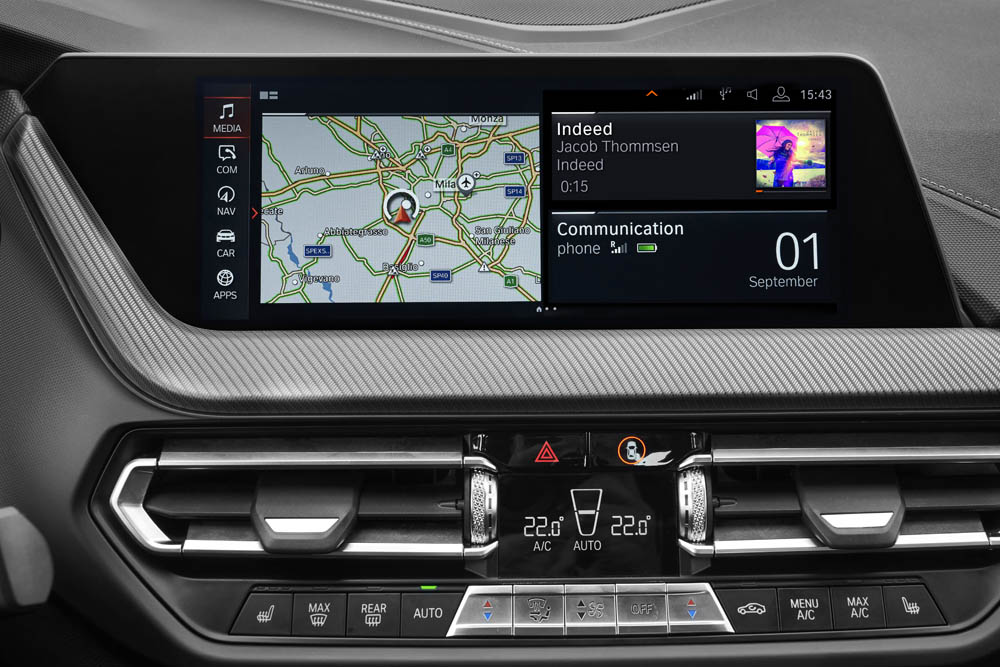 At the front driver’s position, the controls are in line with the latest generation design. The infotainment runs on BMW’s latest OS 7.0 with optional gesture control. Operation also includes the iDrive controller and touchpad or touchscreen. There’s also an optional full-colour 9.2-inch Head-up display that supplies the driver with information without diverting the eyes off the road. 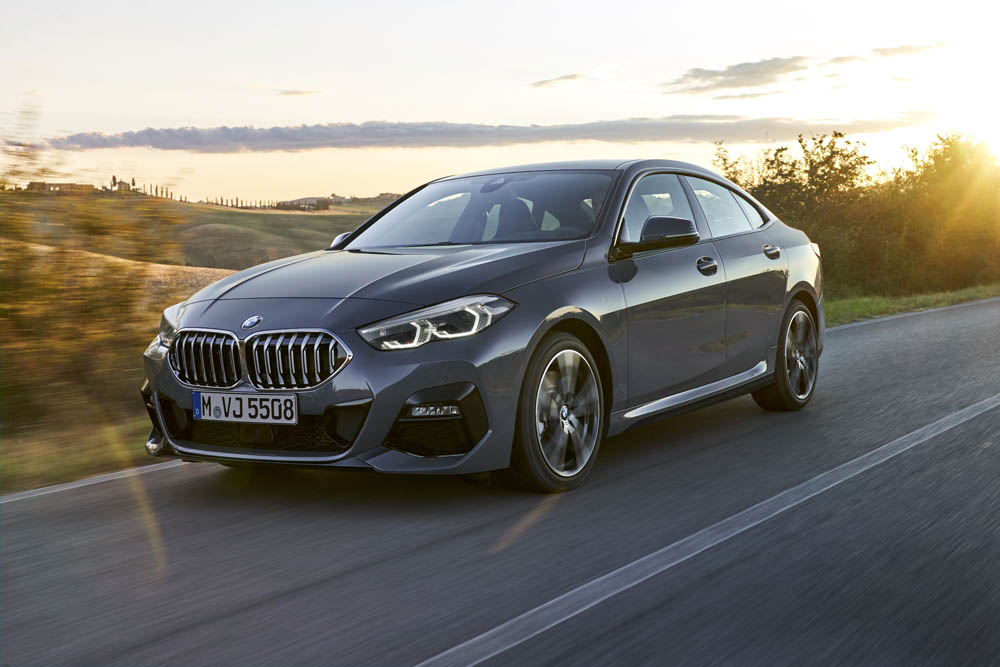 The transfer of technology from the BMW i and core brand has allowed the 2 Series Gran Coupe to have precise response and an elevated driving experience. The near-actuator wheel slip limitation (ARB) tech familiar from the BMW i3s improves traction when pulling away, cornering or accelerating on dry and wet roads, in mixed snowy or icy conditions and allows wheel slip to be controlled much more precisely and swiftly than before.

The slip controller is positioned in the ECU as opposed to the DSC control unit, and improves relayed information three times quicker, with driver perception of wheel slip brought under control up to 10 times faster. The near-actuator wheel slip limitation works in tandem with the DSC system to significantly reduce power understeer (which is typical of front wheel drive cars) without the need for corrective inputs to stabilise lateral dynamics.

This is included as standard on the 2 Series Gran Coupe. This feature increases handling agility by intelligently applying the brakes at the wheels on the inside of the bend before the slip threshold has been reached. This suppresses any initial understeer and ensures neutral steering behaviour. 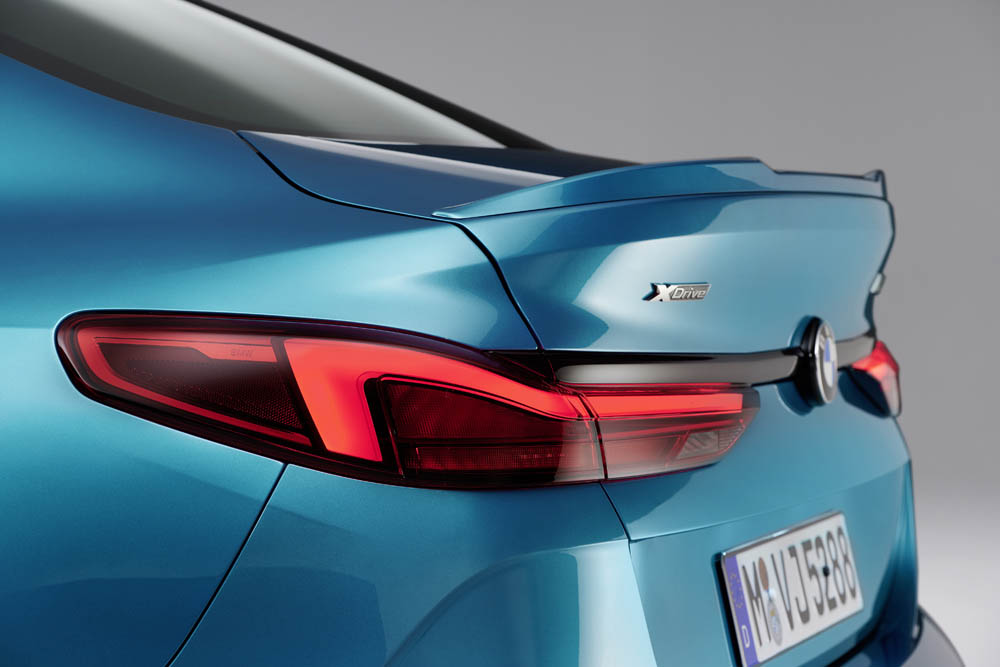 On the M235i xDrive, whose standard specification includes not only the all-wheel-drive system but also a newly developed mechanical Torsen limited-slip differential, which gives the car an even sportier edge by creating a locking effect between the front wheels. 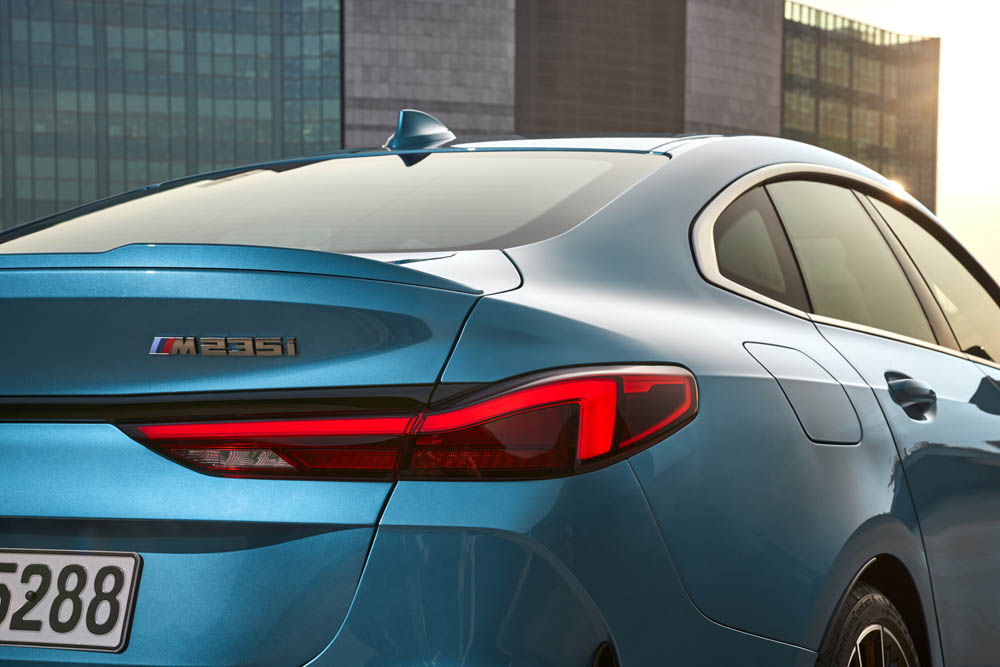 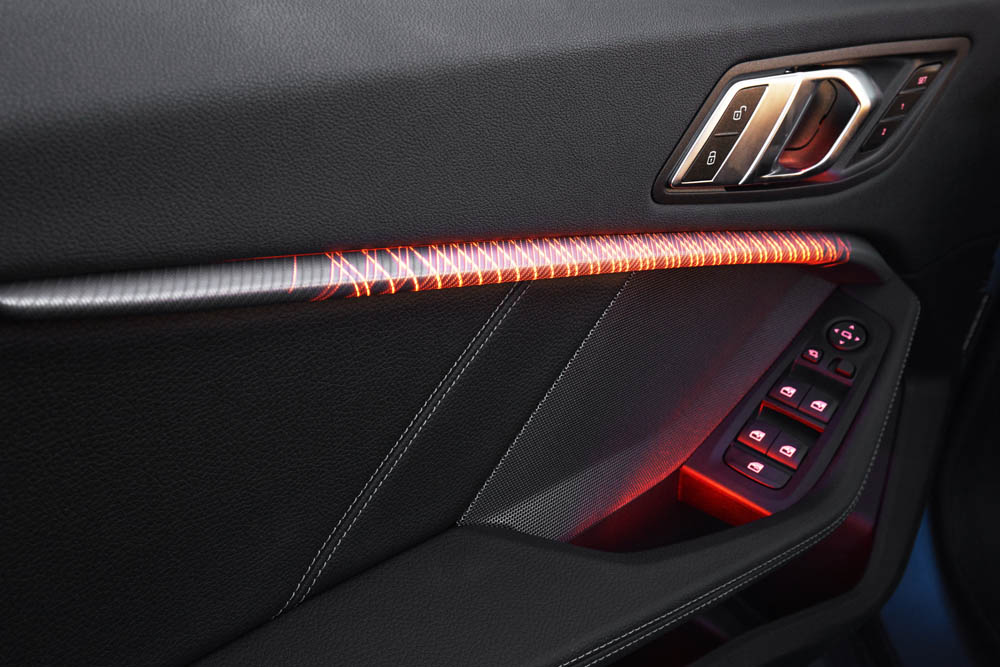 To wrap the feature list, the Digital Key with smartphone NFC is also optional. 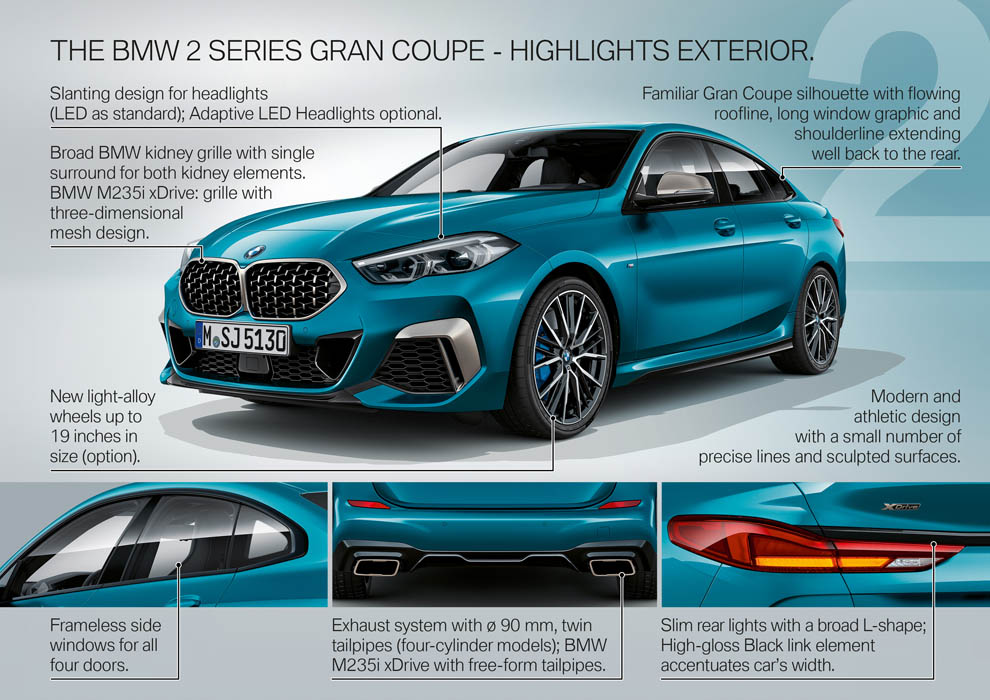 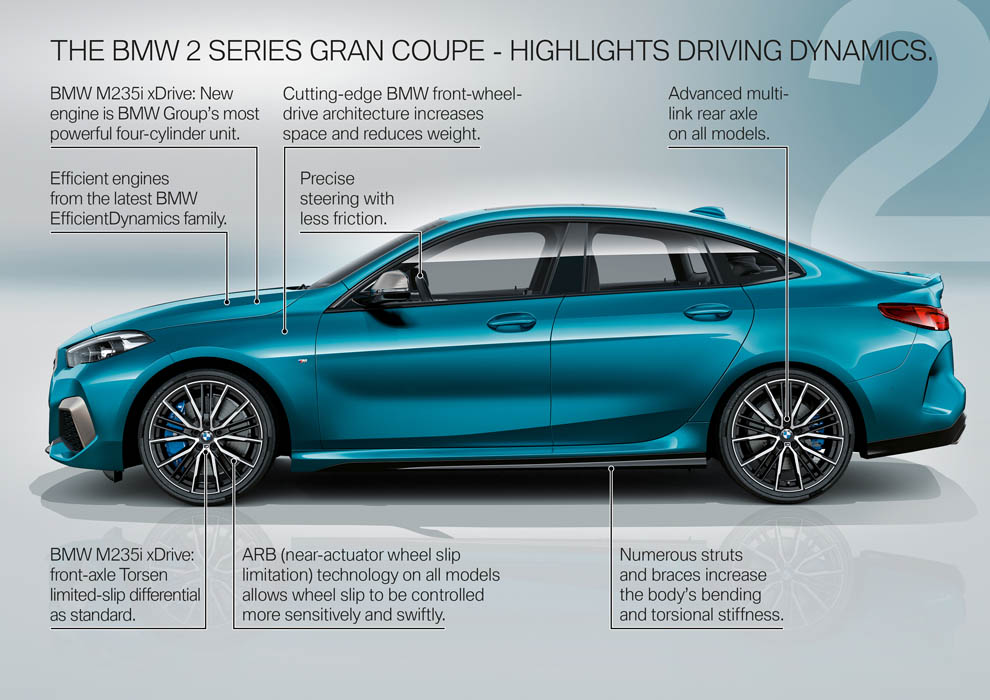 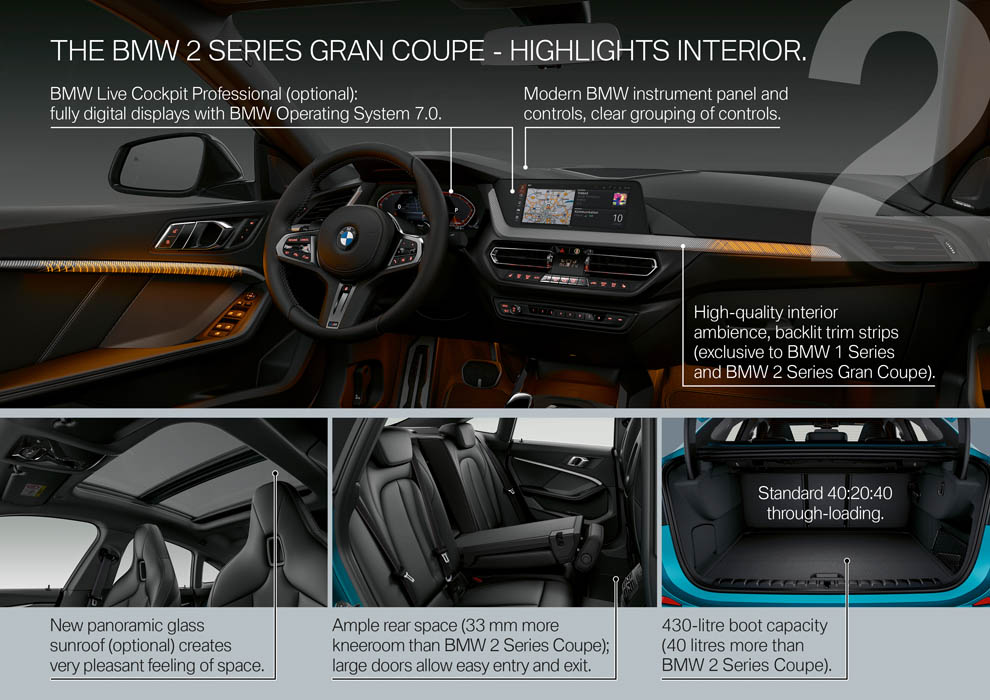 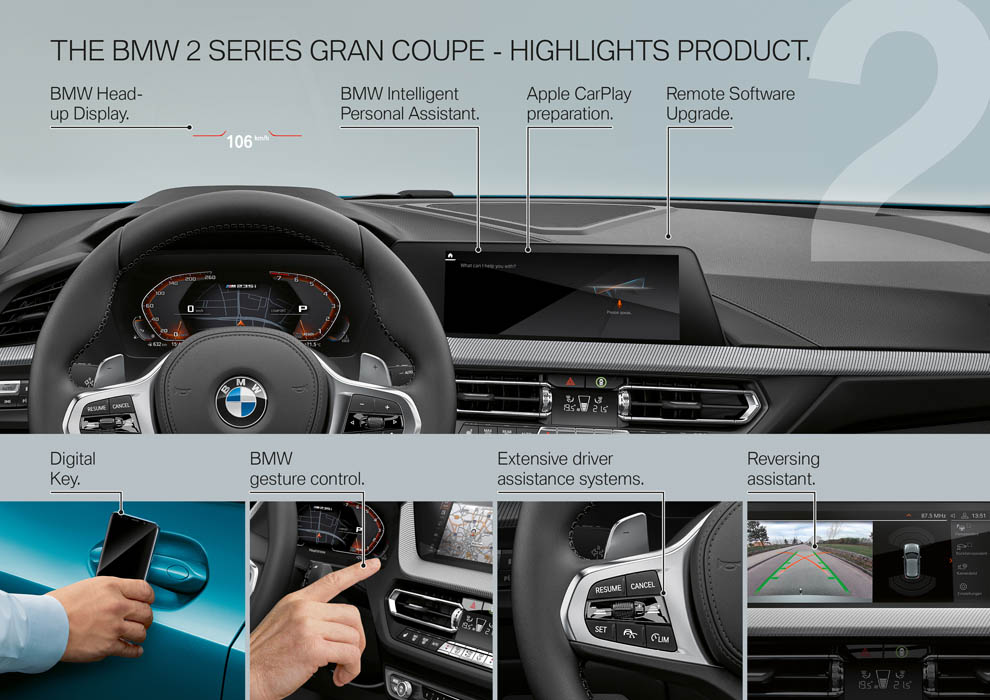 Sell your car to Carsome today! Find out how fast it is, and you’ll be on your way to that new BMW!