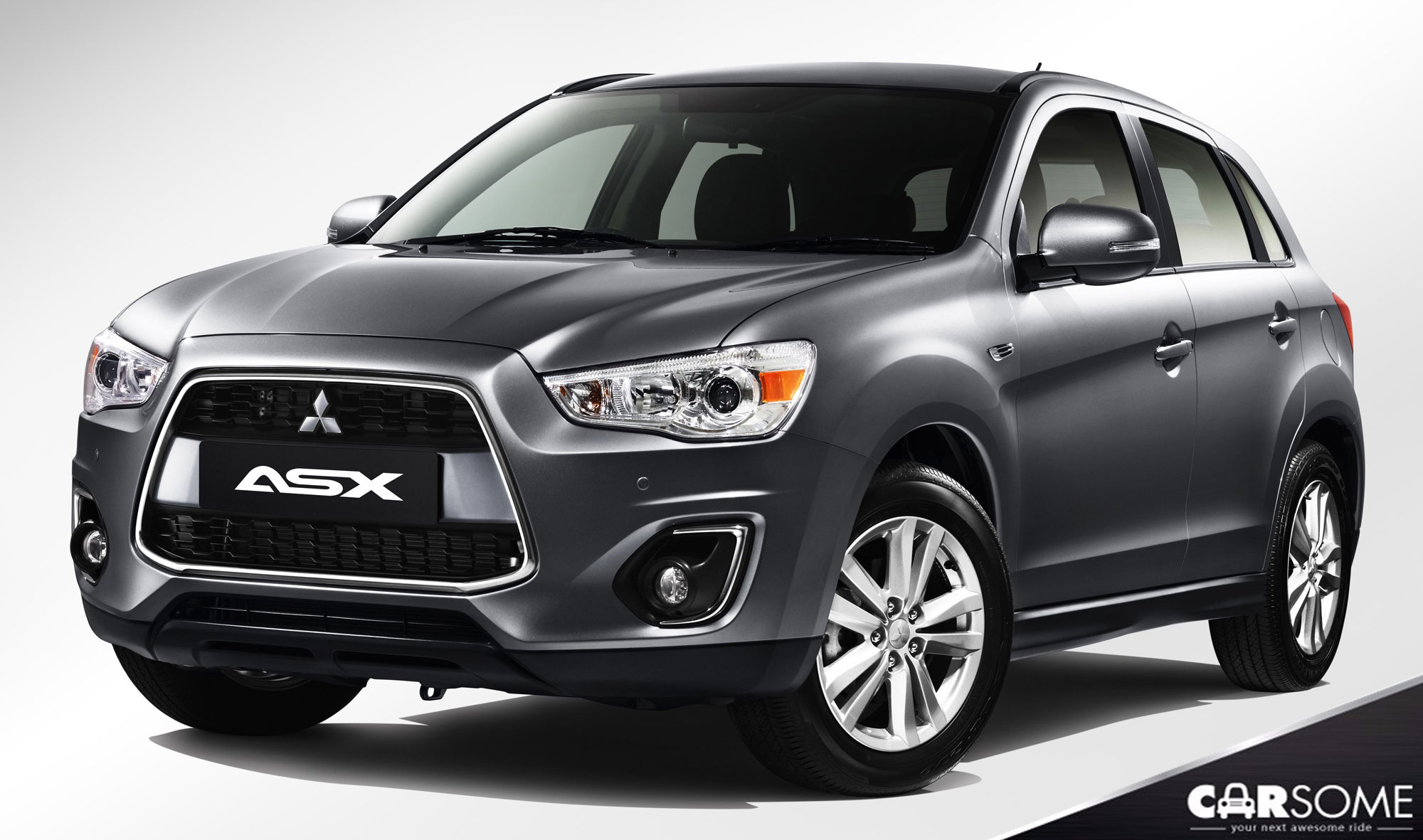 With the latest shopping craze brought by the Black Friday and Cyber Monday sales, we here at Carsome would like to give something special to our readers as well, in the form of a big discount. You read that right, we’ll be offering discounts up to RM15,000 (only applicable for pre-facelift ASX 2.0 4WD AT variant only) for the Mitsubishi ASX.

To top it all off, you’ll also receive some exclusive Carsome goodies from us, which includes a Petronas petrol gift card, discount for the Regal Valet 12-month coating system, and some premium Carsome merchandise. If all of that sounds interesting, book the Mitsubishi ASX 2.0L 4WD AT now by filling in the form below:

At this point, you might be thinking if the Mitsubishi ASX is worth the money, or if you should spend it on a different car. We would love to make your next car purchase something you will not regret so help to you out, let’s take a look at 5 things that make the Mitsubishi ASX a great SUV: 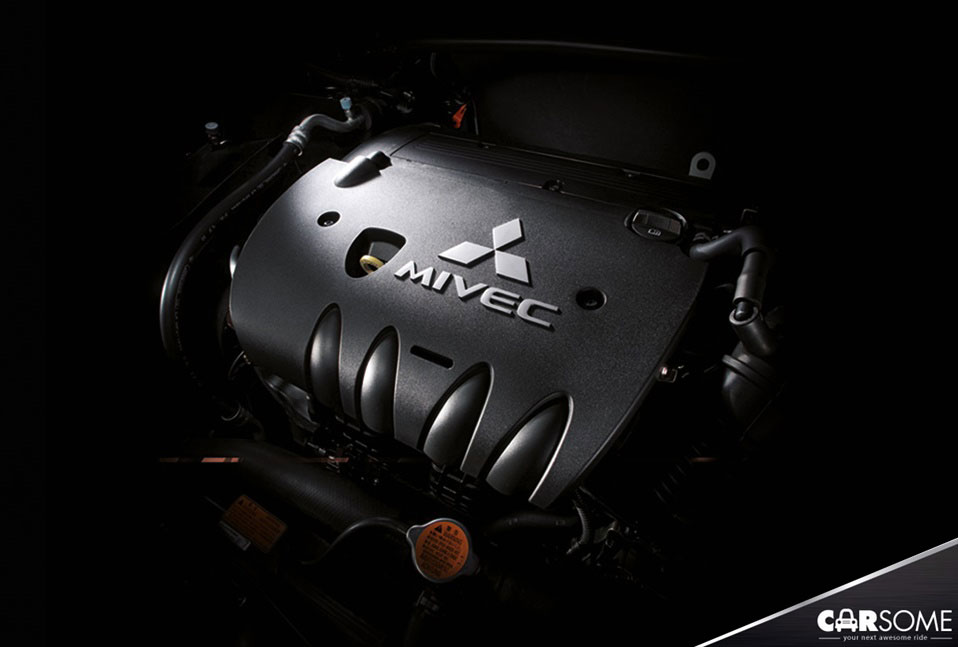 The 2.0L MIVEC engine is paired with an INVECS-III CVT with 6 Step Sports Mode drivetrain. This particular CVT transmission is a whole lot better than the conventional torque converter automatic transmission. Those type of automatic cars will have noticeable jerks, or sudden slowdowns, when the car is shifting gears but the INVECS-III CVT will have no jolts when shifting gears, which makes for a smoother ride. Not only that, the INVECS-III also helped another aspect of the ASX, which is… 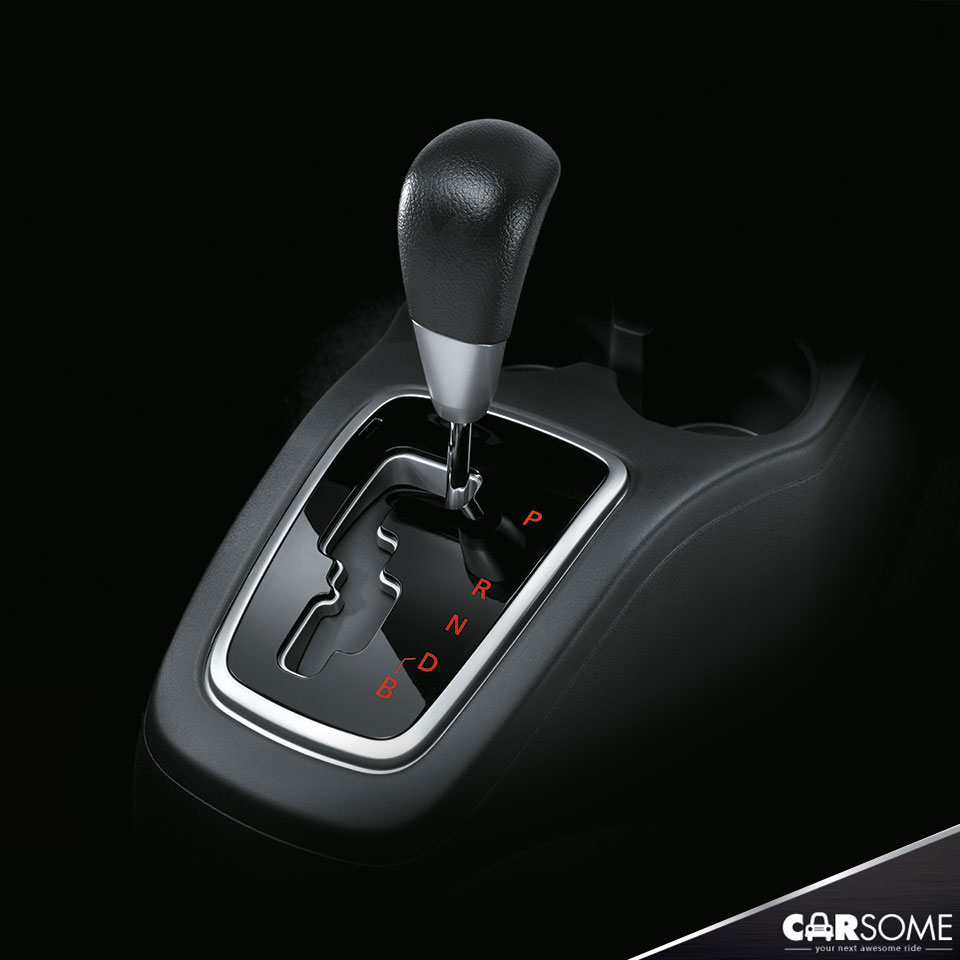 That’s right, the Mitsubishi ASX is a fuel efficient car for its class. With the INVECS-III CVT able to efficiently utilize the engine’s performance without slowdowns, the ASX will have no need to force more power out of the engine during gear shifts, which means the car will not be excessively using fuel.

It’s capable of reach 13.2 kilometres per litre of petrol, in a mixed driving condition of urban and highway driving. It’s not the most fuel efficient car in the market but considering the fact that this is a 2.0L-powered car, it’s a pretty admirable rate to reach. You have the perfect balance of performance and fuel efficiency, and the only thing that would affect this delicate balance would be the driver itself. 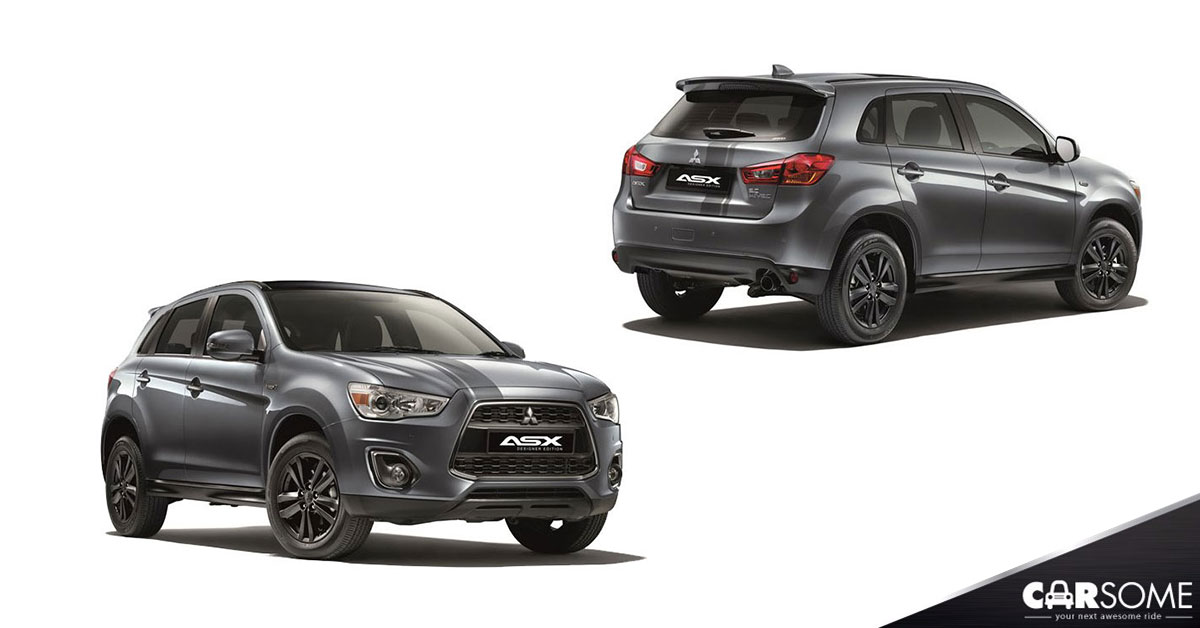 We know that appearance is very subjective matter but we’re not here to tell you that you should like the design. To us, the Mitsubishi ASX is a sporty looking SUV, with an added touch of ruggedness in the front grilles. It looks like it would be fitting for a young adult to drive around, whether it’s for an adventure up the hilly roads of Genting or just a daily trip to the office.

This is great as a lot of SUVs in the market end up looking like it’s meant for grandmas to drive. People want to feel a sense of greatness while driving the car, and appearances are a big factor to that experience. Added together with the INVECS-III’s Sports Mode, the ASX’s design is clearly not just for looks. 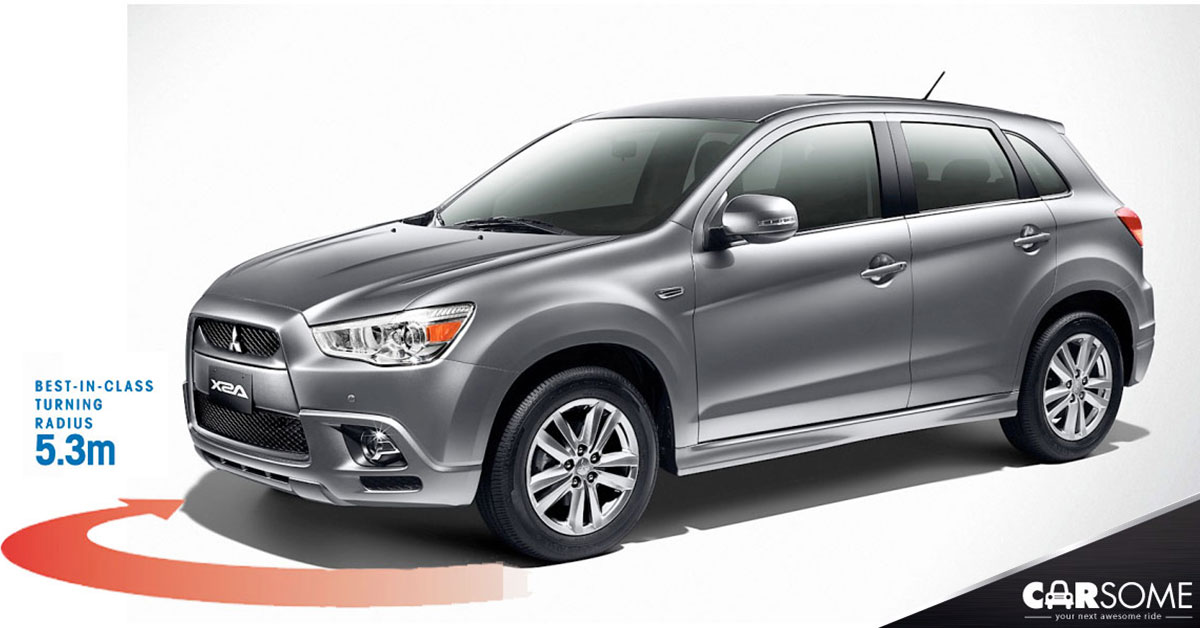 Not everyone can drive an SUV-sized car, as some would prefer driving a compact car like the Mitsubishi Mirage, and there’s nothing wrong with that. Especially if you’re always around the busy roads in Klang Valley, having a car as big as Justin Bieber’s ego would be a major pain but here’s the fact. Mitsubishi ASX is a compact SUV with a small turning radius.

It’s not just about having an easier time making U-turns, the ASX’s 5.3 metre turning radius makes it that much easier to glide through city traffic. To put that to perspective, its closest rival, the Honda HR-V, has a bigger turning radius of 5.54 metres , and the much smaller Perodua Axia has a turning radius of 4.5 metres. 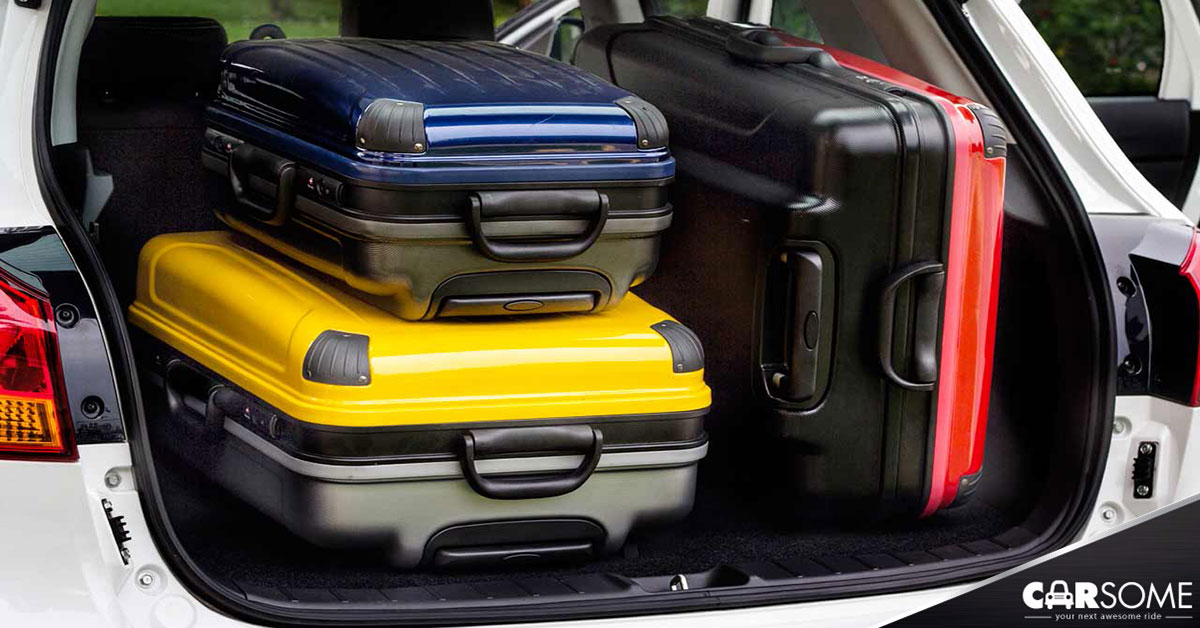 All 4 previous points sound great but it usually comes with a price of having less space right? Well, that is true but the ASX is not exactly what people would call a cramped car. At 429 cm long, 177cm wide, and 162 cm in height, the ASX does have a decent amount of space inside to be comfortable in. It’s not mind-blowingly huge but you definitely won’t feel like you’re sitting inside a clown car.

If you ever feel that 419 litres of boot space isn’t enough, the rear seats can be turned down to make it a whopping 1,193 litre space. As you can see from the picture above, even without turning down the seats, there’s still an ample amount of space to for baggage, so you don’t have to worry about packing less when you’re going for an adventure.

And that’s 5 awesome things that make the Mitsubishi ASX a great performing SUV. If you’re wondering if the 4WD version is worth it, it does come with additional features like keyless entry and a touchscreen multimedia unit, which is a welcoming addition to any car.

As mentioned before, only the 4WD pre-facelift version will be eligible for discounts of up to RM15,000. And just like any other car you buy from us, you will be entitled to some free Carsome goodies. If you happen to be in the market for a compact SUV, head on below or the form above to get the best offer. We’d be more than happy to make your next car purchase a hassle-free and satisfying experience so you might just get more than it’s bargained for.