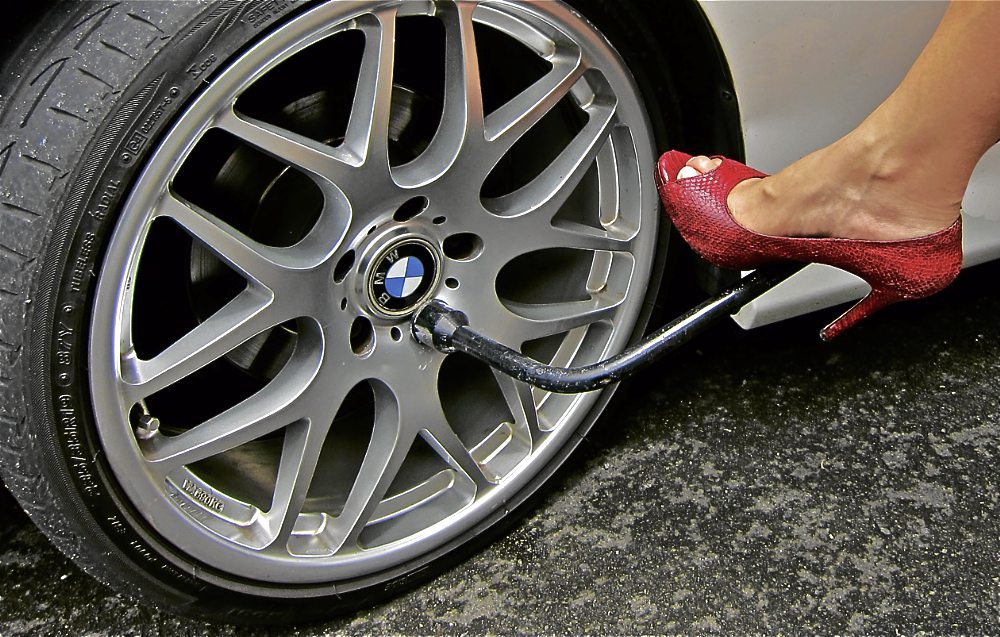 Following up on the article we posted recently on what exactly are Run Flat Tyres and the comments it generated, we've decided to weigh in on the Pros and Cons of these tyres which have gotten mixed reactions so far. While they may prove to be a life saviour, it also brings with it certain complications and setbacks. If you're ever wondering to switch to these high-tech, high performance tyres, maybe weighing in on these Pros and Cons would help your cause.

You can drive on a flat tire


Now that's the obvious benefit of a run-flat tyre. It allows you to keep going without even having to stop, getting out of the car to check, which makes you vulnerable to all sorts of risks on a busy road, a rainy day, or while at a dodgy part of town. Once there is a flat, which the on-board Tyre Pressure Monitoring System (TPMS) will inform you of, it is advisable to reduce your speed significantly to get the most distance out of those run-flats! A quick check with the tyre distributor or the owner's manual will provide you with the exact figures.

Better stability after a blowout


This is because the reinforced tyres can still support the weight and momentum of the vehicle as a sudden deflation or puncture can destabilise and affect the handling of the car. With the run-flats, the steering and dynamics of the car will not change drastically.


Without a spare tyre and the tools to replace them, it theoretically reduces the weight of the car – which depending on the size of your spare tyre and jack, can be up to as much as 10 kgs. However, the weight loss in the boot is offset by the increase in weight per run-flat tyre as those things are known to weigh more than conventional tyres with their reinforced sidewalls.

That being said, eliminating the spare tire allows engineers to reallocate the space for some other purpose like increasing interior room, boot space etc which is a big reason why carmakers are offering run-flat tyres. It is apparently very common for people to replace their run-flat tyres much sooner than those using standard tyres. There may be different opinions on this, but their supposed theory behind this is that because the reinforced side walls that make the run-flats effective, also makes the ride really stiff. And as a result, tyre makers opt for softer tread compounds to counter that stiff ride – this subsequently causes the tyre to wear out quicker.

Bare in mind that most cars that actually come with these run-flat tyres are really heavy luxurious cars – that itself is a factor to tyres wearing out quickly. Either that or the car maker would soften the ride by tuning the suspension, but then it would compromise the handling. This debate is a never ending one! If you continue to ignore the warning, notice the flat tyre and continue to drive beyond the recommended speed and distance, the tyre will begin to disintegrate along with some destabilising effects. If that happens, memang koyak! If the puncture occured on the side wall or if the tyre hit a large object, you should call for the tow truck instead.

Hard to tell if it’s low on air


In our opinion, the downside to stiffer sidewalls is that when the tyre pressure is low, they don't bulge out like normal tyres but instead retain its shape, making it harder to gauge. This means you'd have to rely on your Tyre Pressure Monitoring System (TPMS) frequently and make sure those electronics are working fine.

Expensive and hard to come by


Run flat tyres are generally more expensive than normal tyres. A quick survey online would show you that it costs almost twice as much for a run-flat of the same tyre size and model. A quick search online showed that run flat tyres from a reputable manufacturer would cost at least a thousand Ringgit per piece which of course varies according to the size of your rims!

Also most run-flat tyres can't be plugged and repaired like normal tyres, they often need to be replaced. In pairs. And because run-flats are still very niche (as most car makers still opt to offer normal tyres), you shouldn't expect to just get them in any tyre shop you roll into. It may be easier if you're in the city but outside of it, habis la!

Read about the things you didn't know about your car battery here!

What do you think are the FIVE REASONS why the New VW Vento is ahead of the competition?